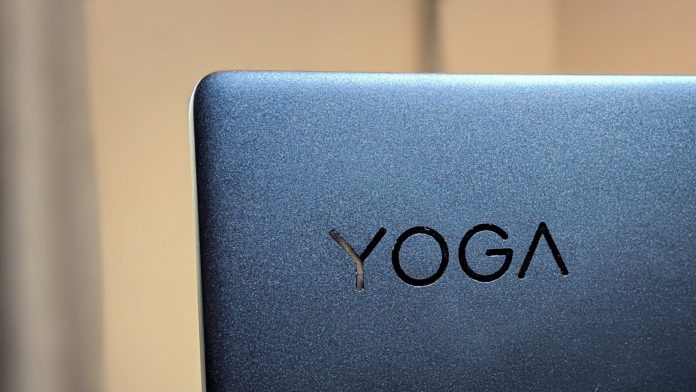 It wasn’t all that long ago when the concept of a high-end Chromebook seemed like an oxymoron. Just a few years back we had $250-$300 products that sufficed for students and casual work needs. We were initially drawn to them because we realized most of our day is spent in the browser — and it didn’t hurt that they were a fraction of the cost of a traditional laptop.

A few years into the Chromebook line we started to see higher end devices like the Chromebook Pixel, and then later the Pixelbook. These were Google’s own products and offered up a much more powerful set of hardware with better build materials. They looked sharp, packed a punch, and provided a good alternative to portable PC and Mac units..

Somewhere in between, the laptop field evolved to include 2-in-1 products and things got even more interesting. Chromebooks have been there too, keeping pace. 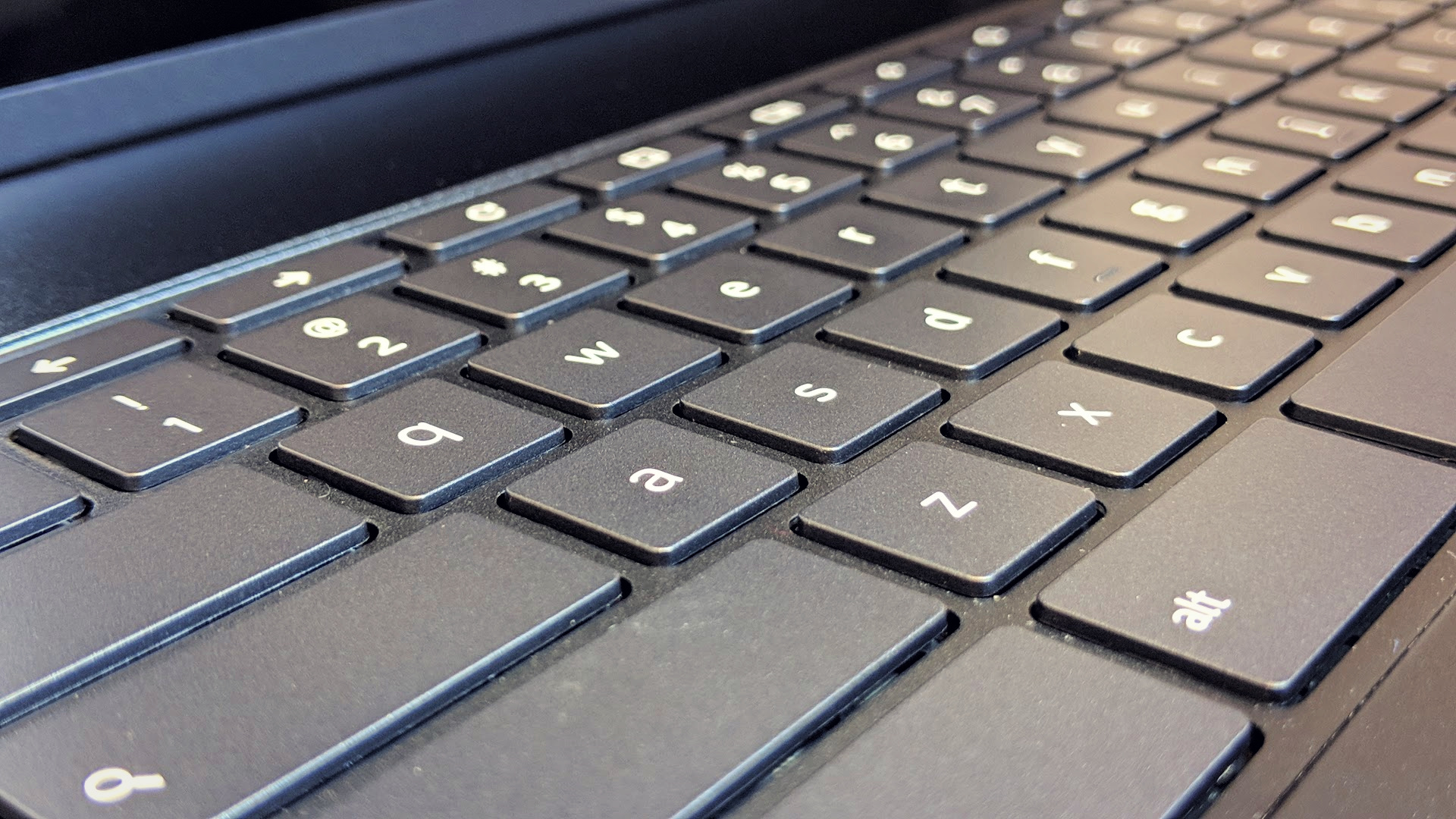 For a while it seemed that the top-tier Chromebook experience was a Google-only space, but that’s changing. The Lenovo Yoga Chromebook C630 is the first Chromebook to feature a 4K display — ahead of Google. It features incredible hardware and positions itself in the upper echelon of Chromebooks.

First things first, the Lenovo Yoga Chromebook C630 is big. The 15.6-inch display feels incredibly spacious to someone who’s spent the last five years with something around 12-inches and 13-inches.

Before you even open the C630 you’ll note that it’s a heavy device. Why? Lenovo housed the experience in an aluminum chassis. It signals a serious experience right out of the box and certainly differentiates itself from cheap Chromebooks. Oh, and at more than four pounds this is heavy. 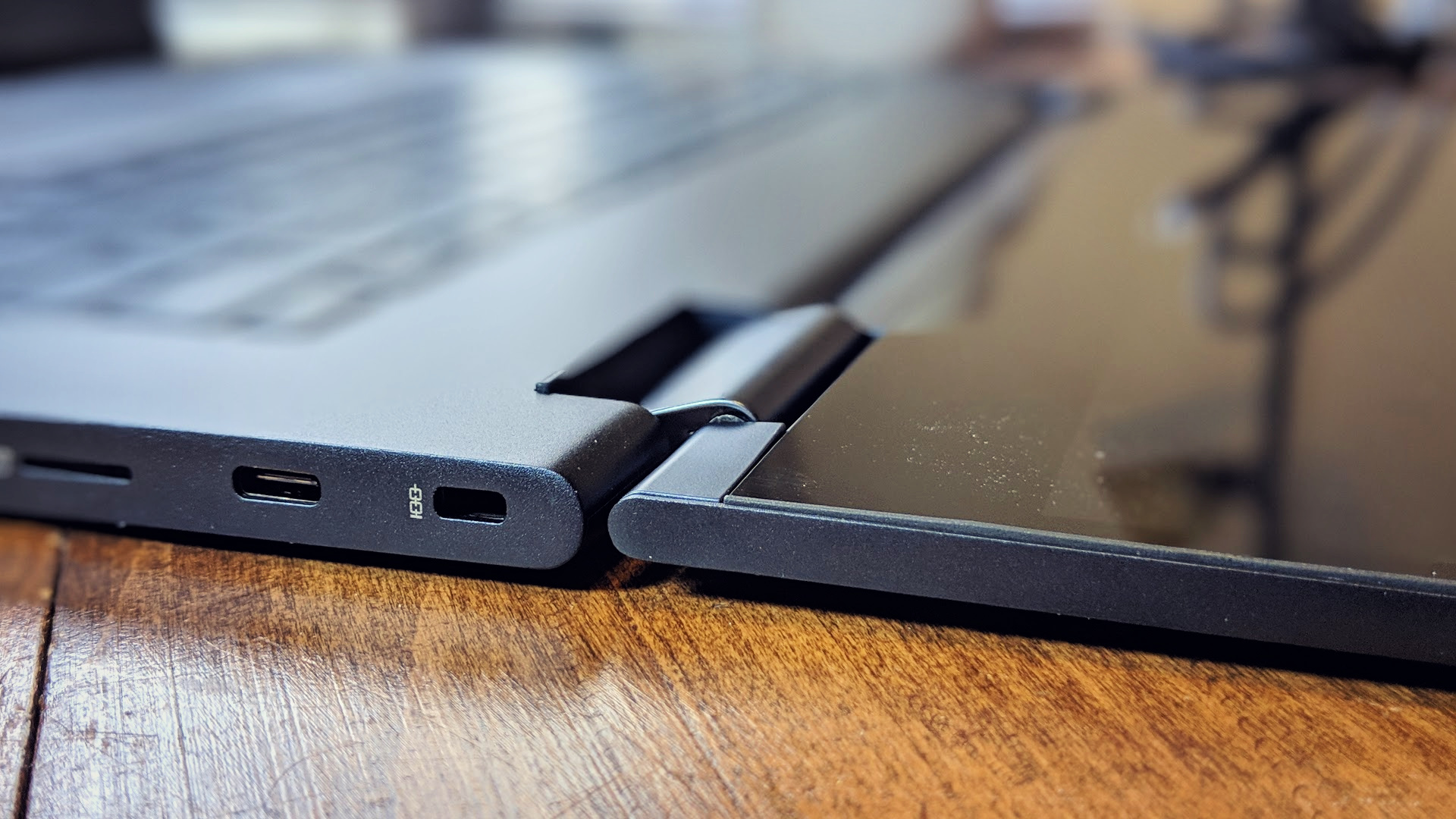 The Yoga Chromebook C630 isn’t the most visually interesting laptop we’ve seen as it could be mistaken for a Windows-based laptop. This is a 2-in-1 device which means it can transform into a tablet by flipping it 360 degrees on the hinge. And, now that we can routinely run Android apps and games on Chrome, this makes for a lot of fun.

There’s a lot of space for ports and slots but Lenovo doesn’t put forward all that many. You’ll find a microSD card slot, USB Type-C port and Kensington lock on the right side of the laptop. These are located near the volume and power buttons.

Over on the left side there’s a USB Type-C port for power, a USB 3.0 port, and a headphone/microphones combo jack. It’s definitely enough for 2019, particularly now that we can easily expand with docking ports through USB and USB Type-C.

The 15.6-inch is not just big, but it’s beautiful, too. Even at 1920 x 1080 pixel resolution the image is stunning and really does a great job to highlight animated films, games, and movies. Not only does content like Pixar’s Coco and Thor Ragnarok jump out but Android games do as well.

Developers spend a lot of time on beautiful gradients, intricate details, and fine lines, and 6-inch screens don’t always do them justice. Although Chromebooks don’t have the full breadth of Android apps and games, those that are compatible with large screens are often a sight to behold. To that end, we’ve found ourselves looking very closely at games.

Without getting into benchmarks and too heavy into specifications we can say that the Yoga Chromebook C630 is a little more dim than we would have expected. This is a shame, too, because we were felt like we were this close to something truly jaw-dropping. Yes, there’s a trade-off with battery and brightness, but we do like how bright we can make the Pixelbook at times. 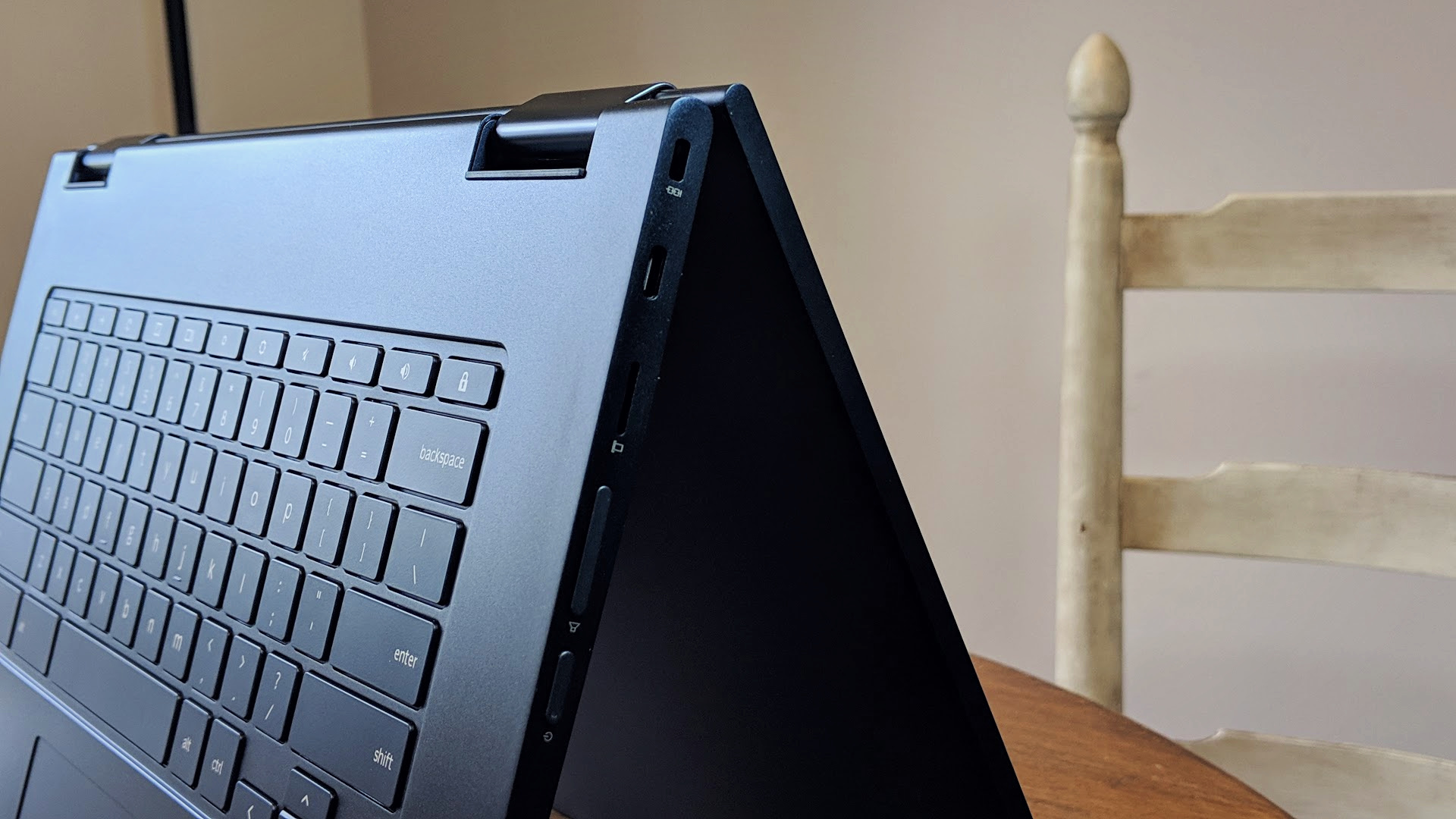 We discovered that while the C630 is brighter than the Chromebook average, it did fall short of Google’s devices. This was probably the reason we welt the image wasn’t as bright as we’d like. Passing the Lenovo Yoga Chromebook to other, more casual, users the general consensus was that the picture was bright, vivid, and a lot of fun to look at.

In thinking about the target demographic and user base, we sense that this is a product that tends to stay in one place. Not that it isn’t portable or flexible, but it comes across as something that a content creator might primarily keep at a desk.

Given we’ve spent a lot of time with smaller form factors with laptops over the last few years, we found the keyboard on the Yoga Chromebook C630 felt big and closer to full-size. Typing speed and accuracy took a hit for us if only because of the learning curve associated with spacing things out just a smidge.

One of the first things we look for in keyboards isn’t the spacing, size, or configuration. To us, having a back-lit keyboard sort of trumps other features. It’s a small detail for some, but we really like having that for when sitting on the couch or in bed when trying to keep the display brightness down. Sadly, these keys are not back-lit.

As for the feedback, layout, and trackpad response, we were impressed. Keys are soft, and respond to touch nicely but there’s not much travel. We found ourselves “bottoming out” more often than normal as we learned our way around the laptop. Keys were a little stiff as compared to other products we use on daily basis but other users found them to be in line with expectation. 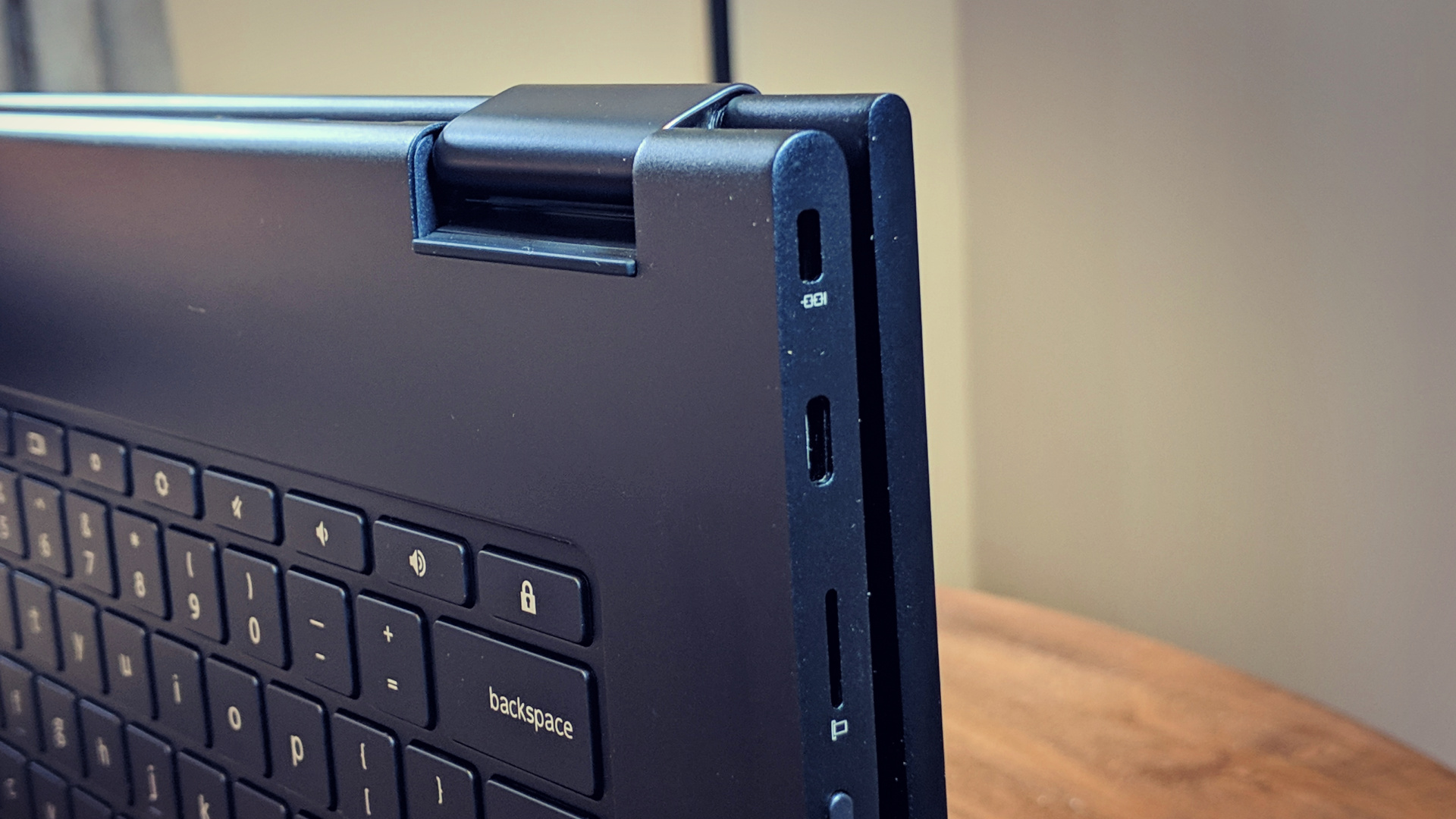 There are two bottom-firing speakers on the Yoga Chromebook C630 which we found to be generally good. As a rule we tend to hate laptop and phone speakers and lump them all into one group, but to be fair, this model produced a decent sound.

Although it was crisp and had a respectable amount of range, it never got to where it was loud. This was a good thing, though, as any louder and we would have preferred a Bluetooth speaker or headphones. Watching videos, listening to audiobooks, or general needs are decent but we’d quickly grow tired of full-length films or more than a few minutes of pulsing music.

Chrome, as a platform, is historically known for being lightweight. One of the promises we bought into with first generation Chromebooks was that the experience would never really deteriorate and should only improve with time. That’s somewhat true, but hardware definitely plays its part.

While our first few Chromebooks do seem to run just as good today as they did five years back, they don’t feel snappy. And, when you compare it to today’s current crop of devices, you certainly notice the difference.

The Yoga Chromebook C630 packs an Intel Core i3-8130U CPU and 8GB RAM which leads to incredible performance. We were able to get more than a few dozen tabs open with various types of websites loaded without running into lag. 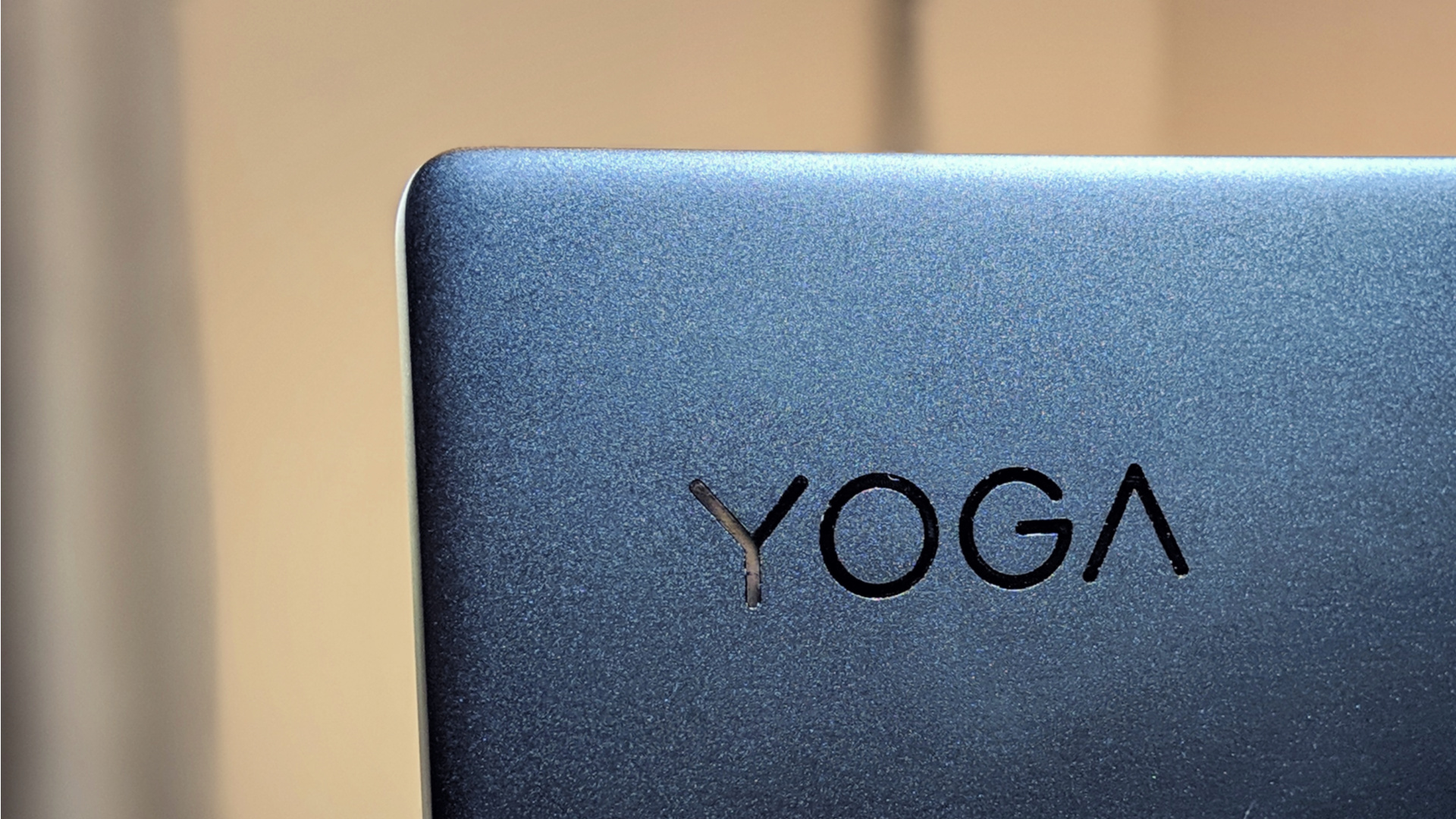 You’ll have to try hard if you hope to push the Chromebook to its limits. A normal user won’t go anywhere near having so many tabs open at once, let alone mixing and matching video, music, and games. Even minimizing and opening up other apps doesn’t seem to impact the experience.

We’re not the sort of outlet that runs benchmark tests and pits devices against others, but we felt compelled to check a few out here. To that end, the C630 performed incredibly well on JetStream 1.1 where it scored 166.48 and far above the category average of around 78. It bests the Pixelbook, Pixel Slate, and others.

We’re a fan of the aluminum chassis and slate-like color of the Yoga Chromebook C630 but it can get cold to the touch. We’re reminded of the way the Chromebook Pixel would feel cool on the exterior.

As a whole, the body of the Chromebook is somewhat clinical and uninspired. But the performance? That’s a different story. We’ve not had played with laptops this powerful in some time, especially a Chrome OS device.

This isn’t to say this is an end-all-be-all device and world beating Chromebook. There are a few quibbles along the way such as back-lit keys and a somewhat dim maximum brightness. With that said, we have a tough time recommending spending more money on something else.

We’re still partial to the portability, keys, and brightness of the Pixelbook but that stuff comes with a cost. When it comes to pure performance and a large screen this is where we would draw the proverbial line.

As of the time of publishing we found the 64GB model for just $470 with the upgrade going for just $600.