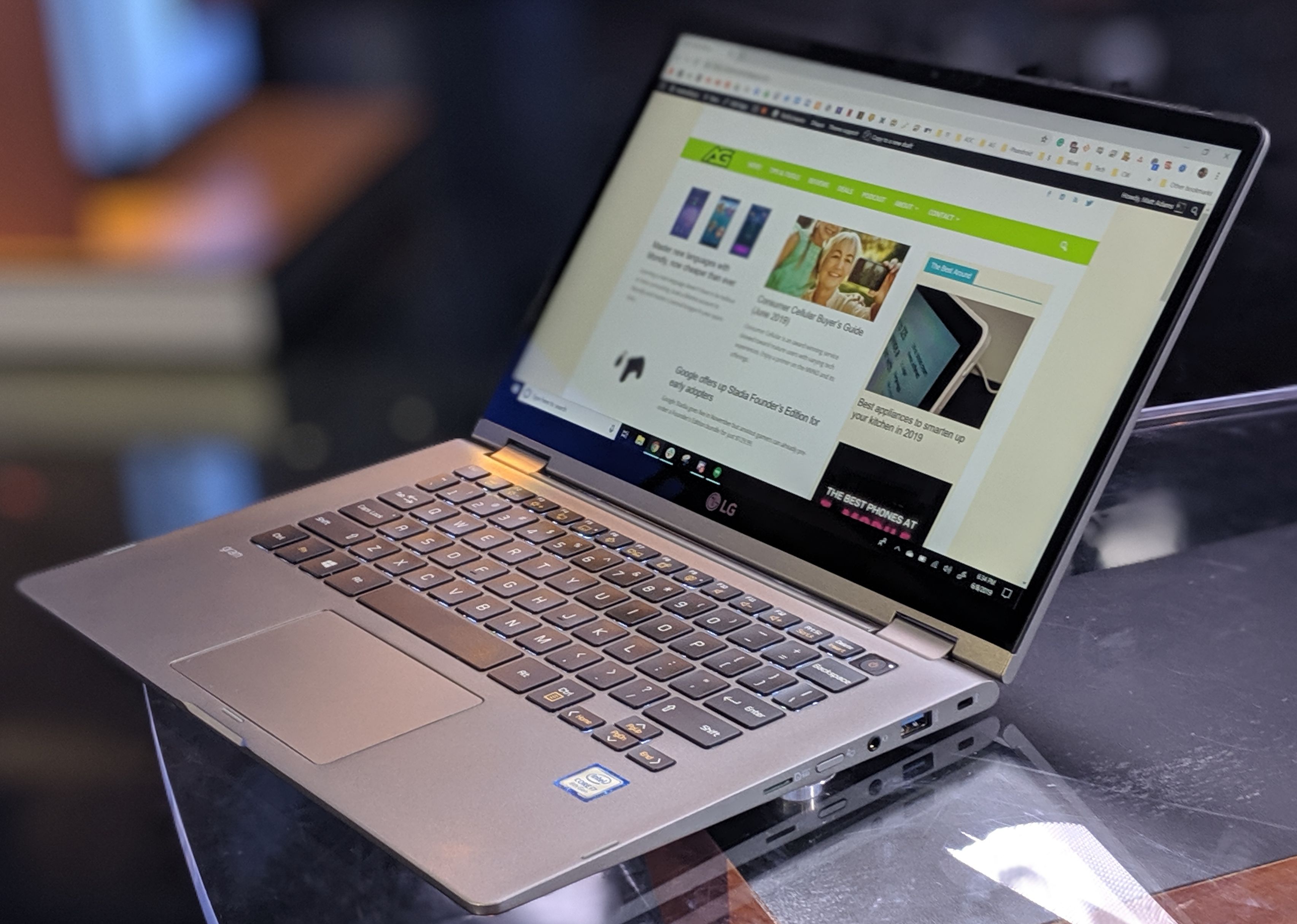 As phones get bigger and bigger, more people are opting against carrying a secondary device with a large screen. Tablets, in theory, are fantastic because they offer more screen real estate and that helps a ton if you’re looking to get some work done, but don’t want to be tied down to a desk.

We recently took a look at the Apple iPad Pro 12.9 (2018) and really enjoyed what was possible with the device. Everything from video editing to watching media was enhanced, but there’s still a problem with the iPad; it’s just a tablet. To truly unlock the productivity we want, we hooked up with LG and in partnership with them, we’re taking a look at the LG Gram 14-inch 2-in-1. It’s a Windows-based laptop that has completely rendered my iPad and Android tablets useless. 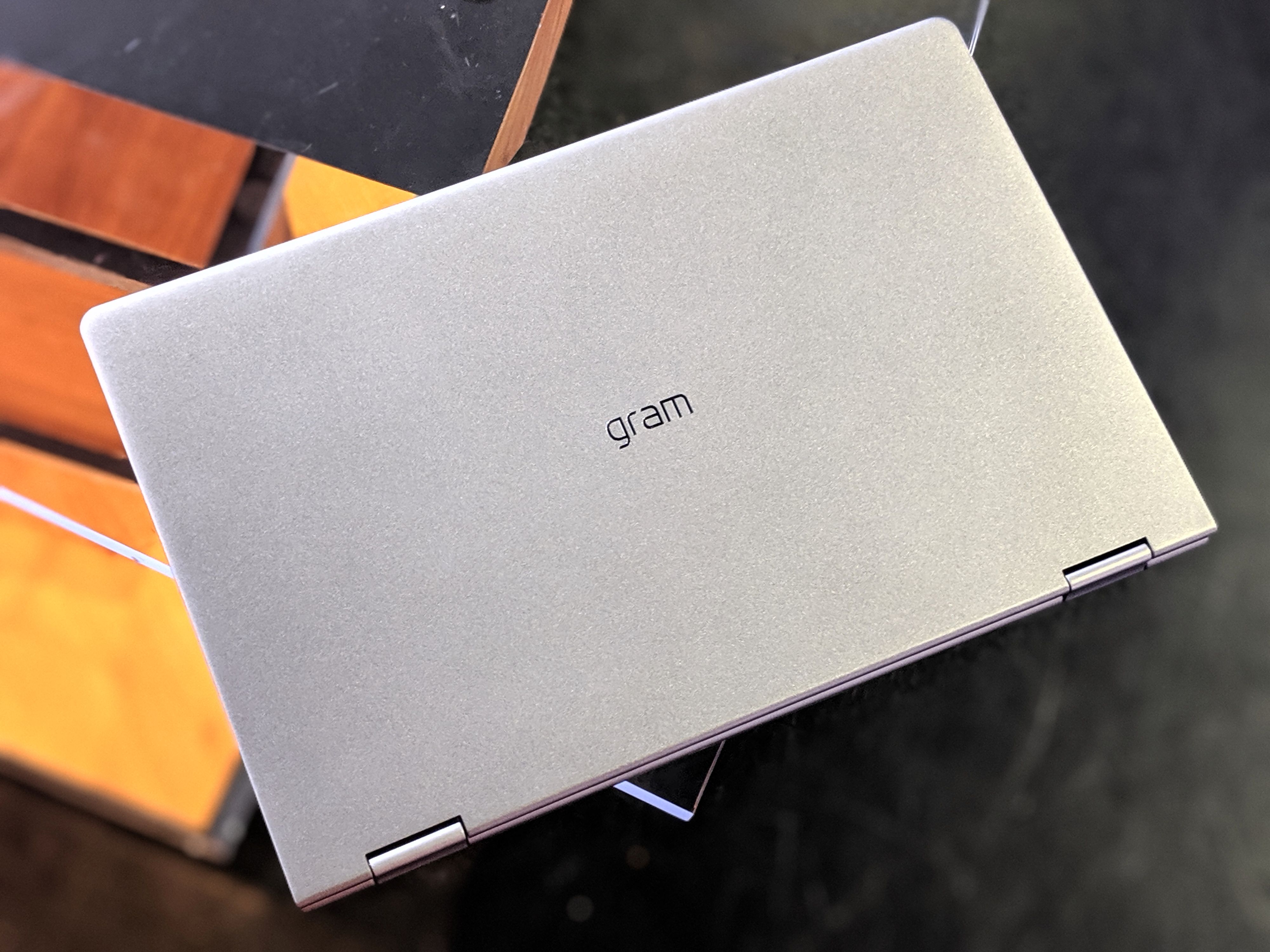 Let’s start off with the basics. Here are the key specs of the LG Gram 14:

So, there’s a lot to unpack there, but we’ll start by talking about the exterior of the Gram first. The magnesium alloy makes the devices incredibly light. To get a 14-inch device this light would normally require some sacrifices, but using this alloy allows LG to keep the laptop a high level of build quality without adding any additional weight.

And it makes a difference. I carry the Gram in my Waterfield messenger bag, but I have a bad shoulder from years of abuse during hockey games as a kid. I have pretty consistent pain and I can tell when even the amount of additional weight is present. The LG Gram allows me to have an incredibly powerful device while not carrying around a bulky brick and I appreciate that.

The weight and small dimensions also play into how I use the device on a day-to-day basis. My day job is at a TV station and I am often running around the newsroom trying to get stories together and creating documentation for use at a later time.

Since the Gram is so light, I pick it up and go without a second thought. I move from desk to desk, newsroom to control room, and inside the building to live shots while carrying this around in my hand. I don’t need to store it or make special consideration for it since it weighs about the same as a tablet.

As a smartphone enthusiast, I am fully on board with the shrinking of bezels. My current OnePlus 7 Pro is one of the first “full screen” devices out there and I love it. LG has done something similar here with the LG Gram and brought down the bezels around the screen to an absolute minimum. Yes, the bezels are still there but they are small and house important things like a webcam up top.

After using several devices with a camera below the display, this is a very welcome change from me and everyone that doesn’t have to stare up my nose during conference calls. This truly is a 14-inch laptop inside of a 13-inch laptop’s body.

Going back to that screen, it’s brilliant. The colors look absolutely fantastic on the IPS LCD display and the 1080p resolution is just right. While some creatives may want a 4K display, I don’t think the trade-off in battery life on an ultra-thin laptop like this is worth it. Creatives will love the 300 nits of max brightness and 96% sRBG coverage as well as the touch screen. All of this is covered by Gorilla Glass 5 which will keep your screen protected from scratches and breaks.

In the box, you get a Wacom pen that has 4096 points of pressure and two buttons for forward and backward functionality. I have loved using the pen because it makes taking notes or signing a contract incredibly easy.

Since Windows 10 is here instead of Android or iOS, there’s almost a limitless number of apps you can download from across the internet to take advantage of the pen. This is especially handy for artists who want a powerful graphics creation tool without using extra hardware.

I do wish the pen could somehow attach to the laptop and I don’t love that it takes AAAA batteries, but otherwise, this is a win.

It matches or beats devices like the Apple iPad Pro, MacBook Pro, Dell XPS, and other thin and lightweight laptops. I work all day and then come home and write at night and I still have enough juice to get through most of the next day.

Unfortunately one of my pain points is the charging situation. While most of the industry is moving toward USB C, there’s a proprietary charging port here. It’s kind of a pain to carry the charger with me but luckily I usually don’t have to do that often because of the excellent battery life.

What really saves it for me, is that the USB C port can accept power and charge the laptop. It complains every time I plug in a USB C cable because it’s slower than the charger in the box, but it does the job. I love having one cable to charge everything and I hope that LG replaces the charging port in a future revision.

One of the most important factors when considering picking up a laptop instead of a tablet is the keyboard. LG put a killer keyboard in the Gram and I’ve really enjoyed writing this article on it.

While there’s the smallest bit of flex, that’s to be expected and it doesn’t impact the experience. The keys provide great travel and the layout is pretty comfortable. We get a full set of arrow keys without sacrificing a full sized shift key, a rarity in compact laptops like this.

The delete key sits in the top right corner right next to the power button. Normally this would be cause for concern but the power button is concave and requires more pressure to press than a normal key. It also houses a quick and accurate fingerprint scanner that has been a joy to use. 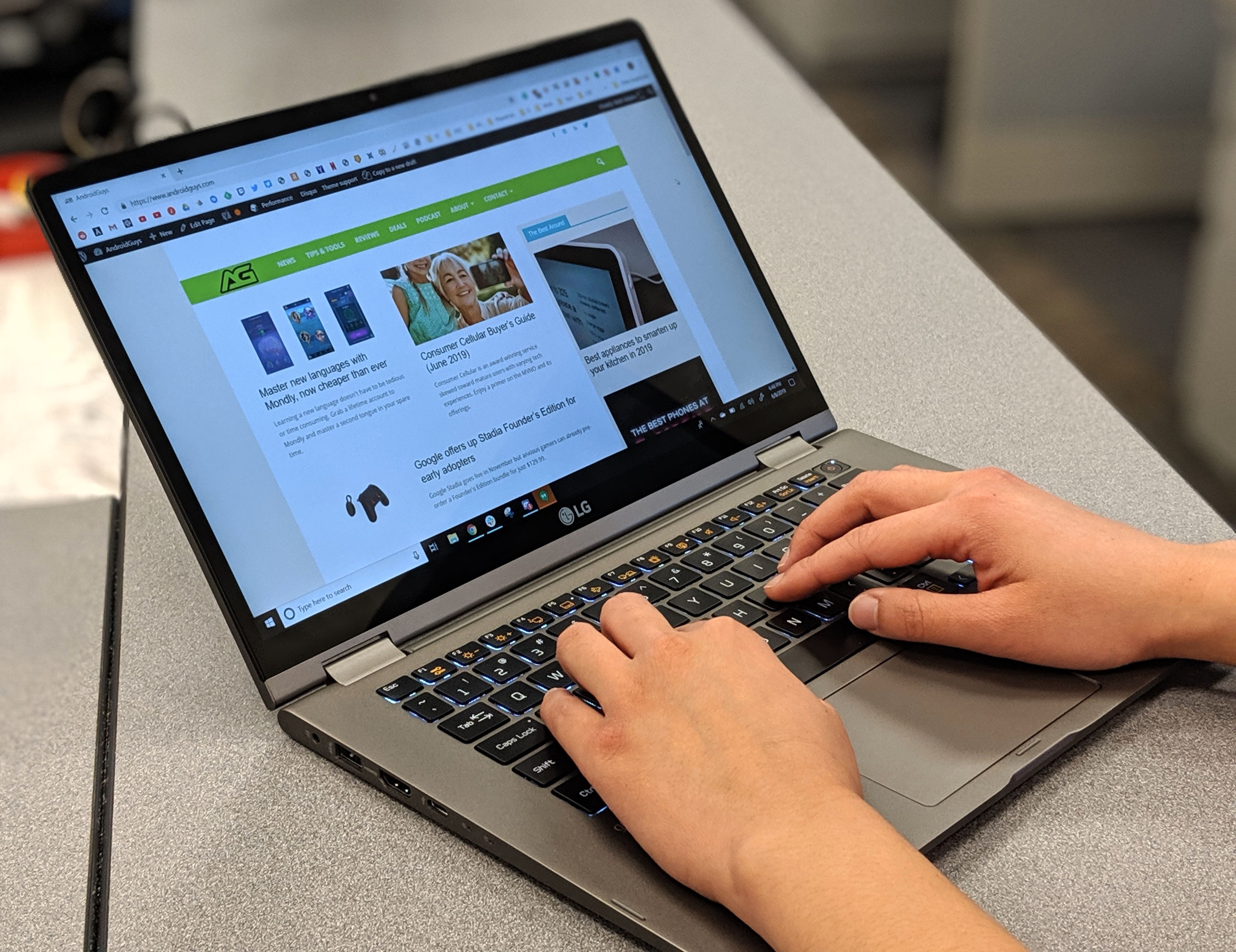 Overall, I’d say the typing experience has been great and the only thing I’d change are the combo function/quick action keys. You have to hold down function to use the quick action keys and to me, that’s backward. I want to turn my volume up and down and change the backlit key brightness far more often than I want to hit a function key.

We’re getting to the end of our review here, but I wanted to be sure to point out that this is one of the first laptops that I really feel the company has considered every aspect of the experience. There are some small issues like the charging port, some screen flex, and the function keys that I wish were different, but overall this is an excellent package.

The display doesn’t get a ton of love in reviews, but I think it’s perfect for working professionals. It’s slightly wider than you’d normally see in a laptop which makes using side-by-side windows or multiple apps a breeze. It’s the little things like this that LG absolutely nailed.

The LG Gram 14-inch 2-in-1 isn’t cheap. It comes in about $1500, but when considering you’re getting a full Windows experience and the ability to use it as a tablet along with an included Wacom pen as well, I think it becomes a lot better of a deal.

More than once I’ve flipped the screen around and used it as a tablet to display PowerPoint projects or videos that I’m working on. Due to the incredibly powerful processor and a healthy heaping of RAM, the screen flip is instant and tablet mode is immediately accessible. 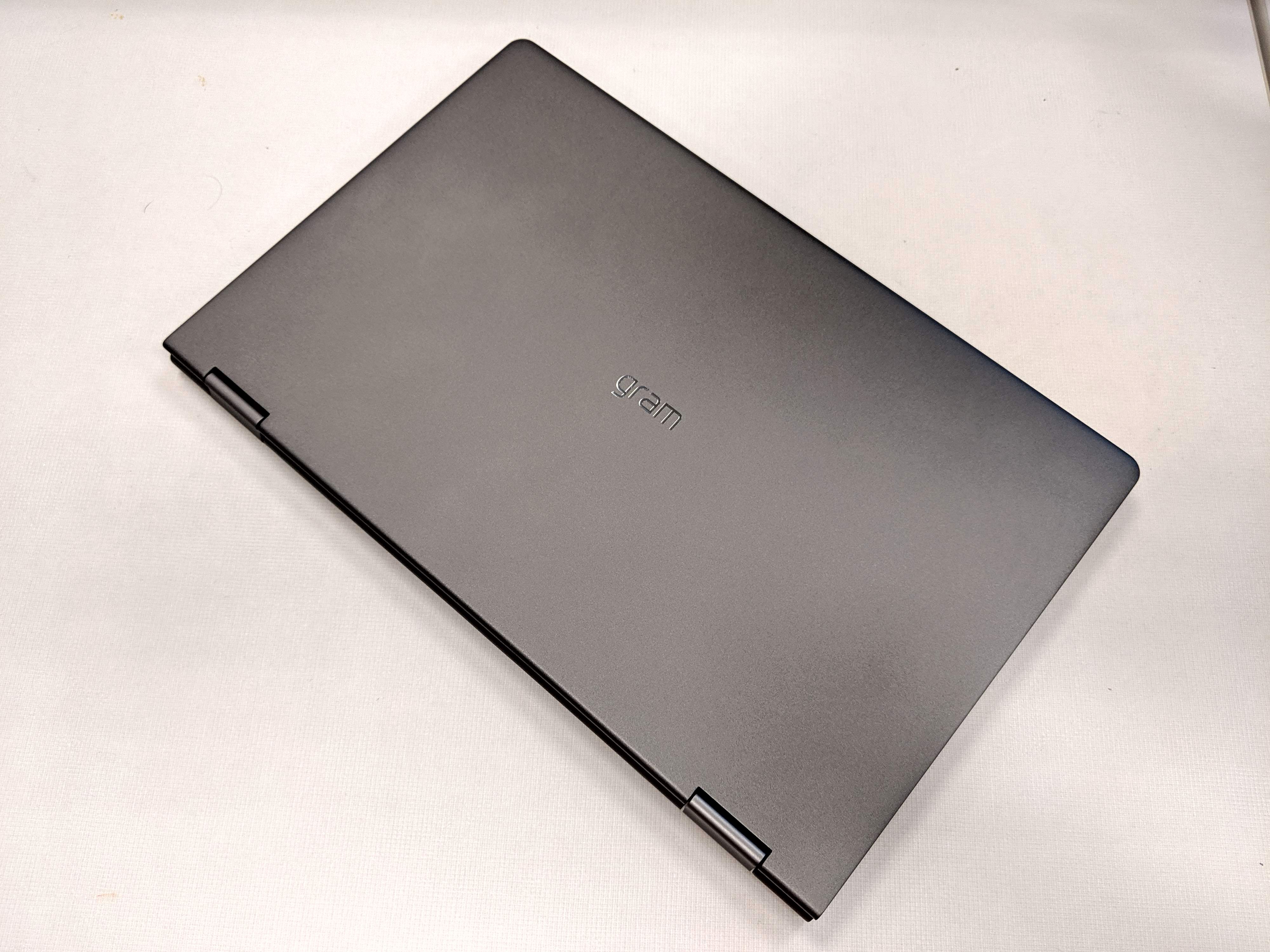 The only issues I’ve had is from Windows not recognizing I’m now in tablet mode and keeping the keyboard active. This normally only takes place for a few seconds but it can be frustrating.

After using the Gram for a month, I can easily say it’s a better option than any Android tablet on the market and the Apple iPad Pro. All in, you’re looking at $1500 for the Gram, but the hardware is better than you’ll find anywhere else.

To turn the iPad Pro into a true competitor, you’ll need to spend well over $1700 for a 512 GB iPad Pro, Apple Smart Keyboard, Apple Pencil, and more. And you’re still lacking in RAM and locked into a closed ecosystem without a true file browser in that scenario. Don’t even get me started on the sad state of Android tablets. 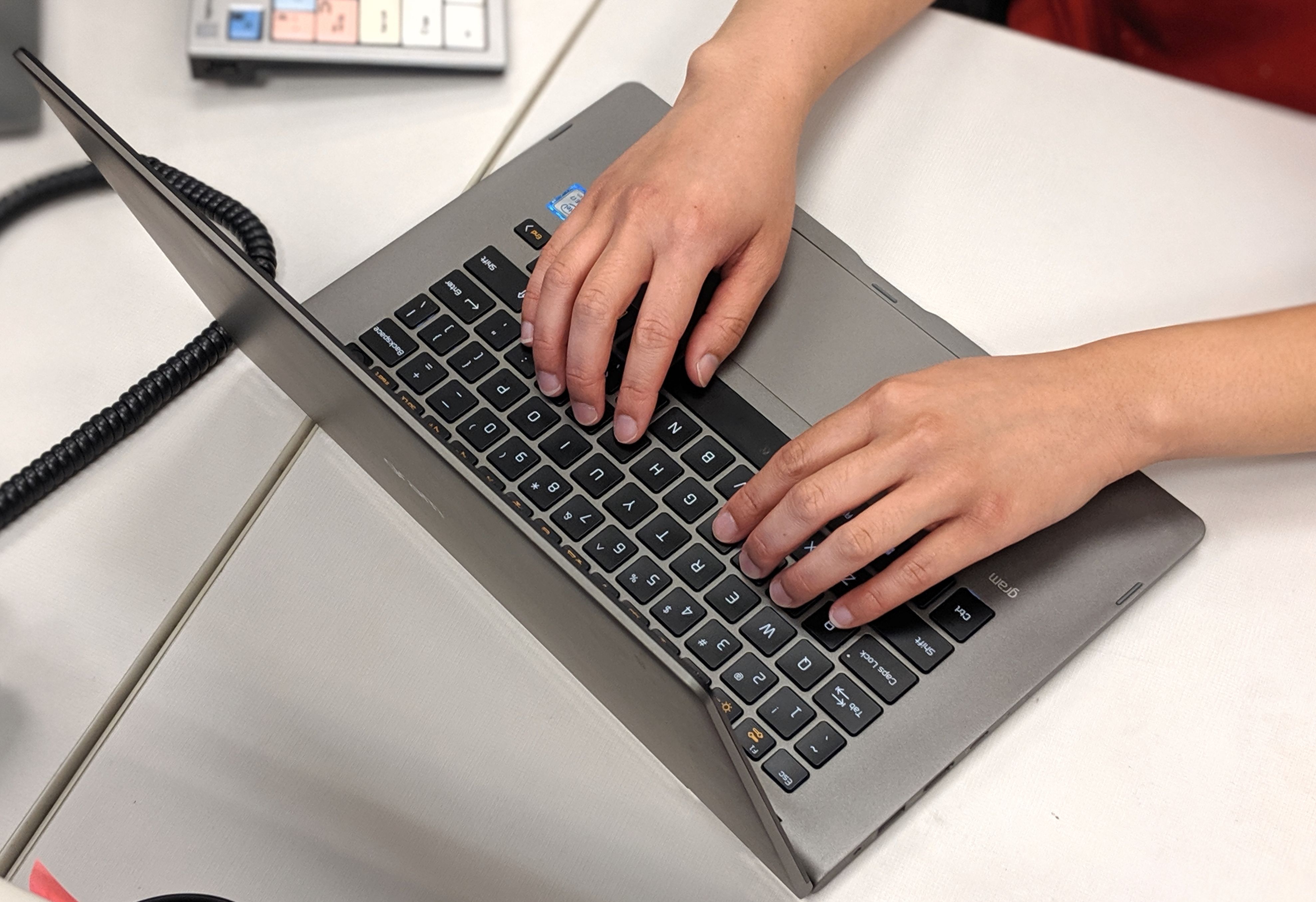 If you want to find out more about the LG Gram, you can head over to LG’s website where they have even more information for you to check out. This review was produced in association with LG but all of the opinions expressed in it are mine and are as unbiased as you can get.

Do you have any more questions about the Gram? Ask us down in the comments or on Twitter.