The LG Urbane 2nd Edition Watch was an Android Wear watch that sold on the market for less than one week and was pulled off the shelves due to a manufacturing issue with the watch. LG representatives have been rather ambiguous as to what the exact problem is, but nonetheless, I am one of the fortunate/unfortunate few to get my hands on one. And I can tell you AT&T has come calling for me to return this 2nd Edition Urbane Watch, and has even given me a $100 credit against my bill to ease my suffering. Regardless, I still have been using the first Android Wear LTE connected device for the past few weeks, and I really don’t want to give it up. 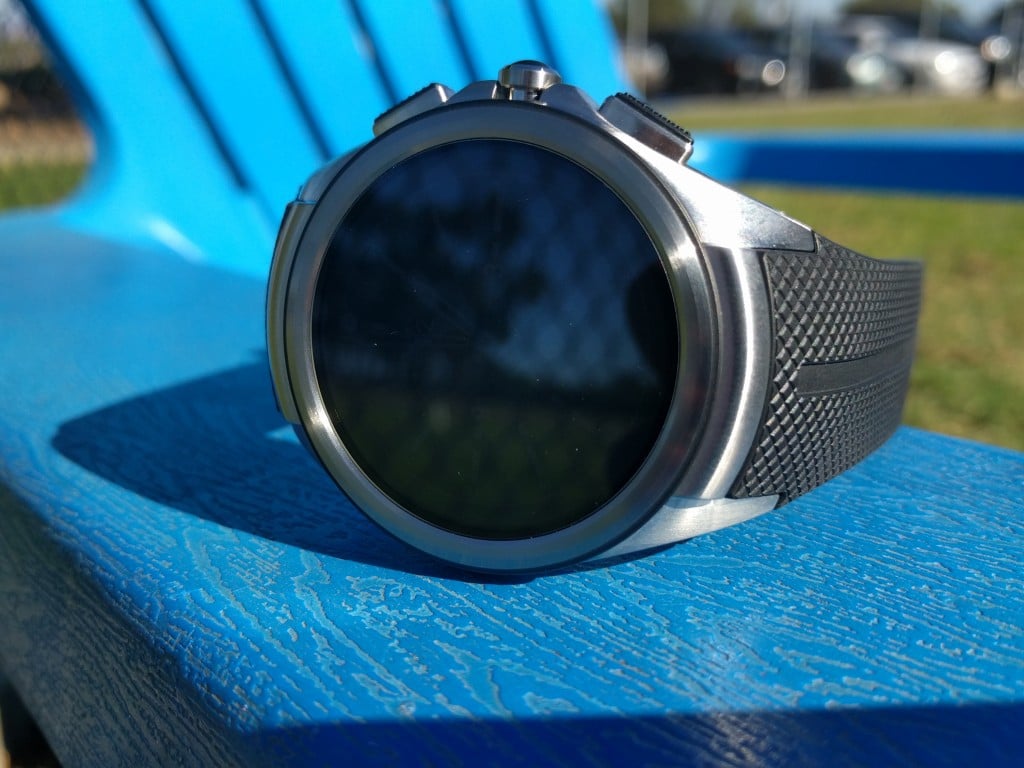 The LG Urbane 2nd Edition Watch is a big watch, but not so big that it feels uncomfortable – at least for a person with average sized wrists. I had a few of my female friends try the 1.38″ wide and 14.2mm thick watch and it looked rather ridiculous. There is a clear inability or lack of effort in designing these watches to be smaller for women’s wrists, but packing in all of the technology into such a small space must be rather difficult(an assumption based on many manufacturers are not making smaller Android Wear devices and women make up a significant portion of the wearable market). Sure Moto has a women’s version of the 360 2, but it is still big at 42mm. 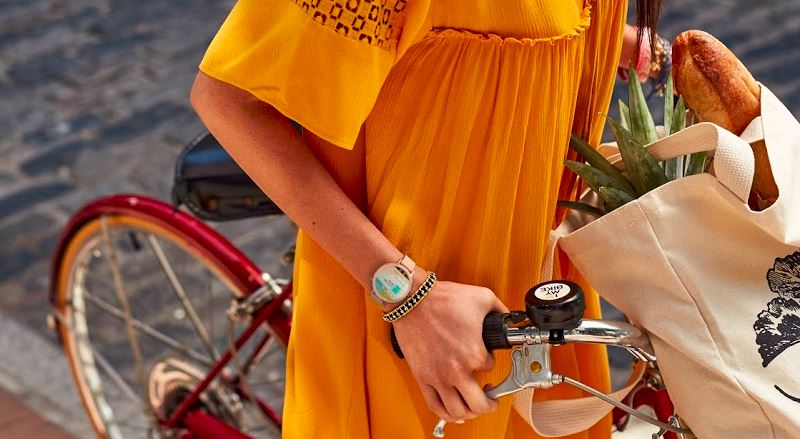 Despite is rather large size, it isn’t much bigger than the Huawei Watch or the Moto 360. More importantly it actually fits much better and is actually comfortable with the rubberized watch band provided with the watch. The watch band is not replaceable, so if LG never releases this watch again, I will be out of luck if the current watch band breaks. The band actually houses the antennae which receives and sends LTE signals, so a typical replacement  band simply will not work. I happened to buy the black version and it feels no different than wearing a CASIO G-Shock watch. It looks uncomfortable but once it is on, it is very comfortable to wear.

The case is made from stainless steel and it really does look like a watch. With a best in class, 348ppi, the P-OLED display looks better than even the Huawei Watch’s display which also has similar display technology, just lesser pixel density.

The most unique feature this Android Wear watch arrived on the shelves with, is the ability to connect to cellular networks to send text messages and make phone calls. There have been other wearables that have been able to make calls or access the internet independently of a Bluetooth connection to a smartphone, but no other Android Wear watch has yet to release an LTE version.

Overall this is one of the best designed Android Wear watches to date.

Apparently, “under extreme conditions” the LG Urbane 2nd Edition display has issues. I don’t necessarily know what that means, as “extreme” can mean a wide variety of things to different people. I happen to think 40 degree weather is extremely cold(I live in San Diego), and someone from Wisconsin will call me a wuss as -80 is extremely cold to them.

I don’t plan on using my Urbane in “extreme” conditions as I have a relatively not “extreme” lifestyle. I go to work in a chemistry lab which is environmentally controlled, I walk and hike outdoors with my dog, and I exercise in a gym. My display has not shown one issue with its display quality(knock on wood), and there have been several instances where people have noticed my watch and made compliments. A couple of people asked me if I got a new watch, on different days, because I switched the watch face and they thought it was a brand new analog watch. The pixel density is high enough to actually make it look like a real watch face. My original Moto 360 and Asus Zenwatch 2 were more obvious to onlookers as a smartwatch, but I got many compliments on how good the LG Urbane 2nd Edition Watch looked. 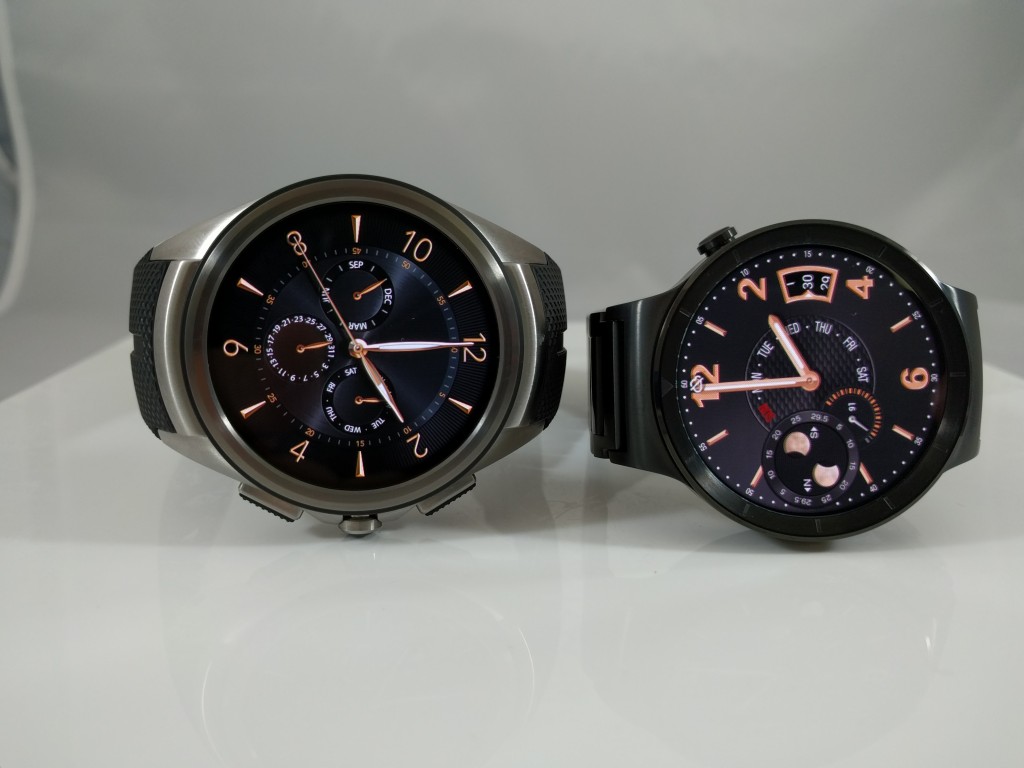 From the day I purchased this watch to today, I have been enamored at how much I enjoy using Android Wear. There still isn’t a ton of functionality with Android Wear, but it’s a watch. People really need to put the notion of a smartphone replacement behind them. You aren’t going to be watching movies or playing full fledged games from a smartwatch. But you can listen to wireless music, make phone calls, check the weather, get your heart rate, send texts, get notifications, track activity levels, heart rate, and check the time. 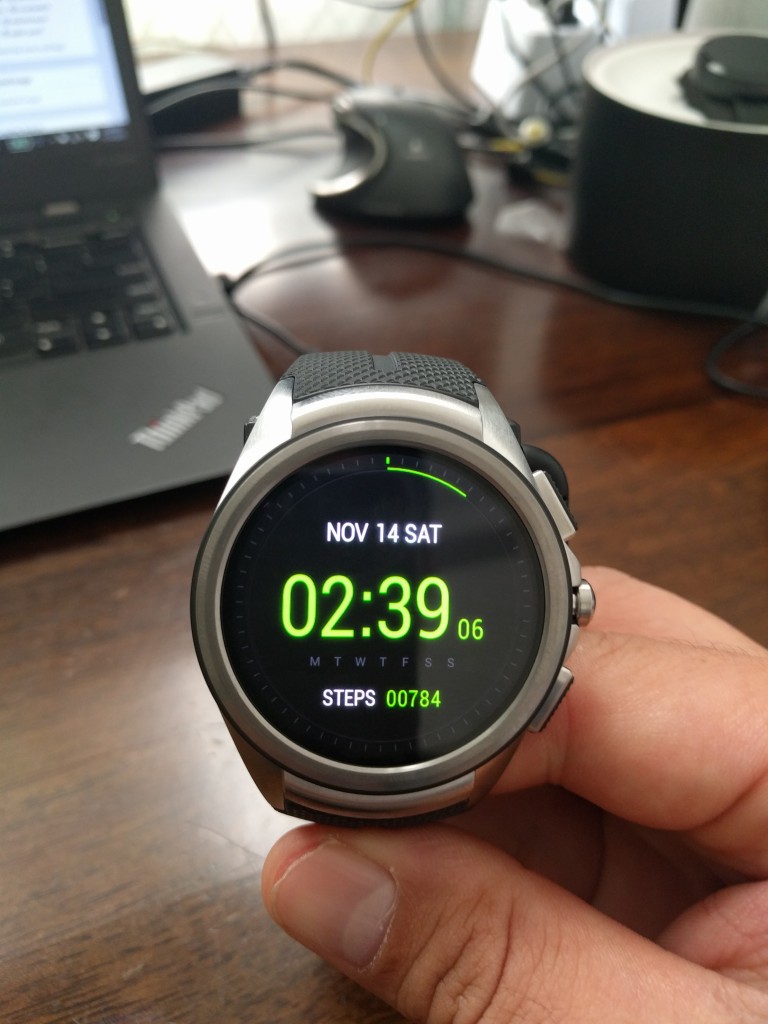 It’s been a few years since I wore a watch on a regular basis – the smartphone replaced my need to wear a watch. But since I have been wearing a smartwatch on a daily basis again, it really has become apparent to me that checking the time on my wrist really is a lot more convenient than pulling out my large Nexus 6P. It really can be rude to pull out your phone just to check the time when you’re around company, as many people assume you’re checking more than the time, and in many cases you are. Checking the time around company isn’t necessarily any less rude, but it is much easier to check the time on your wrist than your giant smartphone. 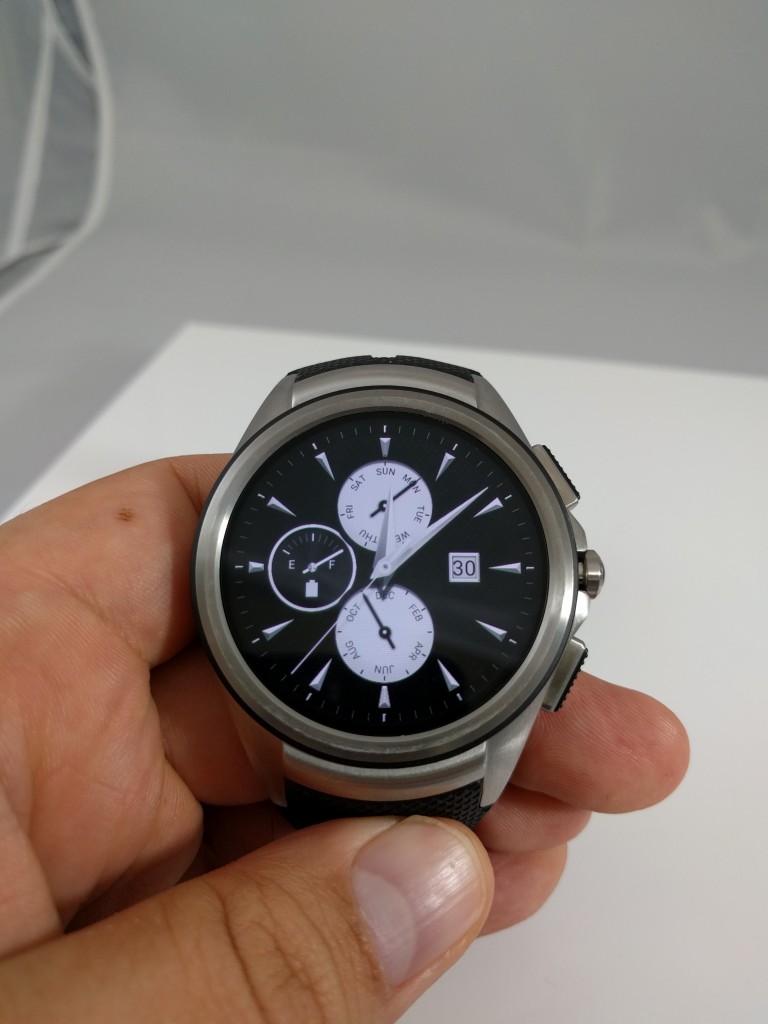 Another nice feature I have grown to enjoy is accessing “OK Google” from the Urbane. I have been sending texts while I drive, setting timers and alarms, checking my calendar and getting navigation all from my wrist. Like checking the time, accessing these voice controlled commands is much easier from my wrist than from my pocket.

Over the past few months I have also been trying really hard to get back into improving my health. I have been using the pedometer feature on my smartphone, but there are many times when I leave it behind or set it down on the counter. And that means I am not keeping accurate track of my daily activities. With the Urbane, or any other Android Wear watch for that matter, it counts my steps. It knows if I am running or walking and it logs it within the Google Fit app. And when I see a lack of activity, I make sure to get moving again.

The LG Urbane 2nd Edition Watch comes with a large 570mAh battery. The battery is almost twice as large as the 300mAh battery found in the Huawei Watch, and it performs the best of the watches I have been using – the Asus Zenwatch 2, Samsung Gear S2, Huawei Watch, and first generation Moto 360. With such a large battery I don’t even think twice about checking the power reserves until the following afternoon or evening after pulling it off the charger. I even have the display set to “always on” where it shows a watch face with the time all of the time. The battery life is actually one of my favorite features about the Urbane and LG knew smart watches have to last longer. 24-hours just isn’t good enough and the Urbane 2nd Edition easily makes it through two full days of usage. 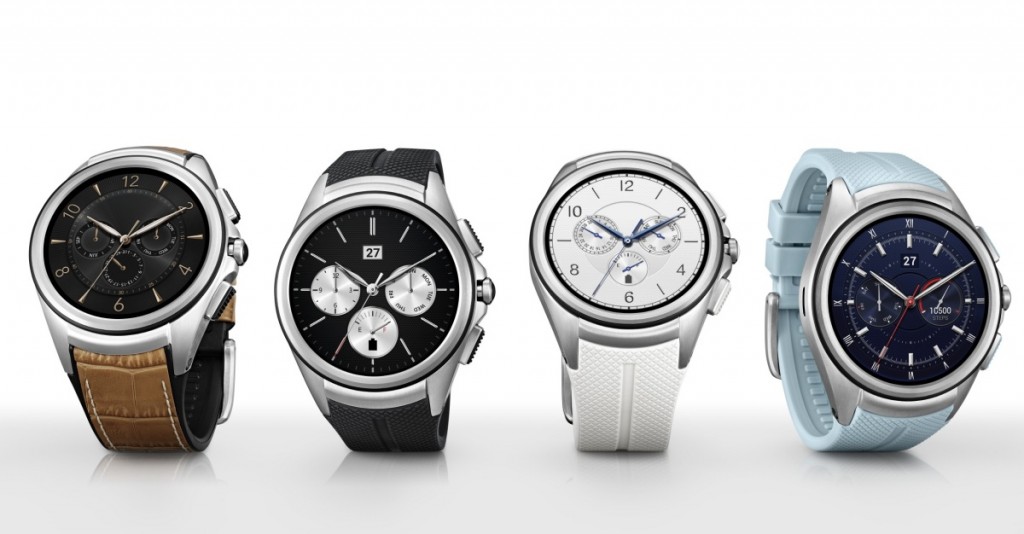 Having the ability to make phone calls without my smartphone is a huge blessing. I am very busy, and sometimes when I am on a hike or working out, I really don’t want to bring my phone with me. The Nexus 6P, as much as I love it, is big and I don’t like bringing it with me when I am active. I had my mother call me on my watch on a night she needed to tell me something urgent, and I was so happy I didn’t miss the call( I was out walking my dog without my phone). It came through loud and clear. I also made a call into work when I was on a hike while being four miles away from my truck and my smartphone. It’s a feature I hope Android Wear builds into more smartwatches in 2016 and beyond.

For $299(AT&T), I bought the first and last(so far) Android Wear watch with LTE. Due to a manufacturing defect, AT&T and LG have given me a $100 dollar credit on my next bill so it really turns out this watch cost me $200. I have seen the LG Urbane 2nd generation smartwatch listed on ebay from $500-1000 and I can understand why people should want this watch. There’s probably not more than 1k of them in the wild, and they really are limited. I won’t sell mine, and I probably won’t return it to AT&T and hope that it works for at least a year. And as of right now, there is no plan that anyone is aware of for LG to re-release the Urbane 2nd Edition Watch.

With the ability to use Android Wear, make phone calls, send texts, stream music, check the time and more, this LG Urbane 2nd Edition is a watch I wish everyone could experience. I truly hope LG manages to fix the problem with the Urbane 2nd Edition because it really is one of the better smartwatches. It is fast, has incredible battery life, and had a great starting price at $299.

If you are/were interested in purchasing the LG Urbane 2nd Edition Watch, send LG a note and let them know you would love to see it re-released.