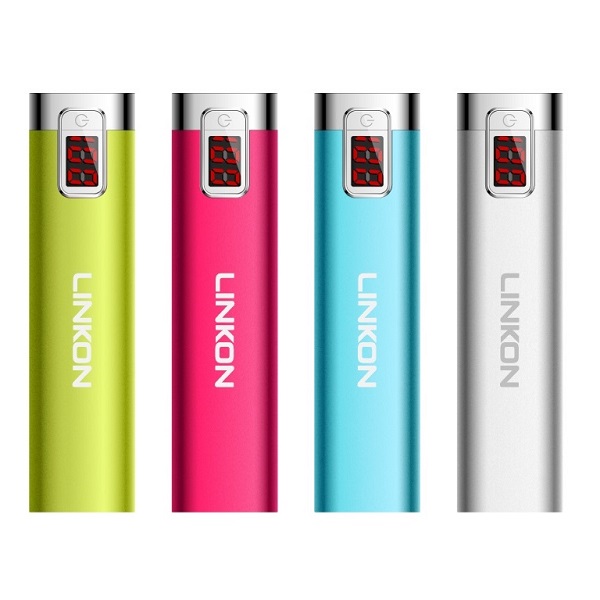 As displays get bigger, specs get heftier, and phones get thinner, battery life is one of the most common complaints among today’s smartphone users. Unless you are next to an outlet all day, portable chargers are your only option to combat the less than stellar battery life of your device. Portable chargers also come with their downsides, however. Many are heavy, get hot when charging your device, and too large to comfortably carry in your pocket or purse. The LINKON Power Stick promises to be the answer to these problems.

Over the last few weeks, I have been carrying around the LINKON Power Stick to charge up my 2013 Moto X. The first thing I noticed was how well built the device was. It is made of aluminum which allows it to be lightweight and still look and feel sturdy. It is only 3.5 inches tall and very light so I could comfortably carry it around in my pocket and barely notice it. One of the main features of this device is the digital display that shows just how much battery is left in the charger. This will keep you from picking it up and thinking it is fully charged and later finding out it was empty when you need to charge your device. This display stays on when the Power Stick is charging and when it is charging another device. The Power Stick also remain cool when both charging and discharging. It also has an automatic shutdown feature that turns of the Power Stick after being disconnected for 30 seconds. The Power Stick can also hold its charge for a long time. You will not have to worry about losing much power when this device is not plugged in.

The Power Stick has a capacity of 3000mAh, but when charging my Moto X, which a battery capacity of 2300mAh, it only charged it to about 90% before running out of power. It was able to charge it in around two hours, but I was disappointed that I did not get a full charge. Also, it has taken up to four hours to charge the Power Stick fully. I expected a much faster charging time when compared to how quickly it charged my phone.

Although the Power Stick is not perfect, it still serves as a fantastic portable charger, and it does solve several problems that seem to plague similar chargers. You can currently pick up a LINKON Power Stick here on Amazon for $24.95 (38% off its regular $39.95 price tag). It comes in five colors (silver, black, blue, pink, and green); however, Amazon appears to only have the pink, silver, and green colors available. In the box, you get the Power Stick, a microUSB charging cable, and interchangeable tips to fit all generations of iPhones and iPads. LINKON has a 14 day money back guarantee as well as a 12 month warranty.