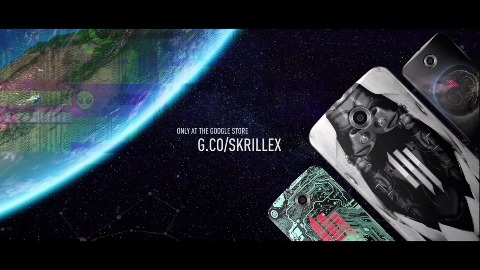 Back in May, Google announced their partnership with Skrillex to produce the first limited edition Live Cases. The case was produced for five phones: Nexus 6, Nexus 5, Galaxy S6, Galaxy S5, and the Note 4. Thanks to MotoMaker Josh Veerkamp, I was able to get my hands on a Space Shield Live Case for the Nexus 6! 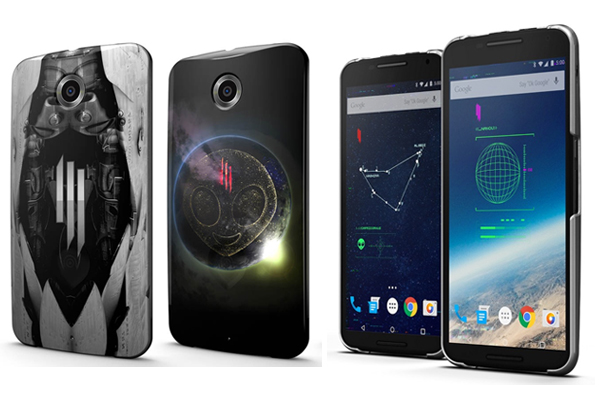 The Live Case doesn’t provide much in the way of drop protection. Well it might, but I didn’t want to test it. The case is one of the snap on cases that hug the corners of the device.

The case adds a decent amount of grip to the device, but it doesn’t do anything to put your mind at ease with durability. Actually, I feel more scared of damaging the case then my phone. I know that it is silly, but the fact that the case is a numbered limited edition makes me not want to use it. Instead, I find myself wanting to just set up it with the rest of my boxes and collectibles!

With a case, you would assume that its protection is its function, right? Wrong. With the Live Case, Google implemented a NFC button near the bottom of the case. This button is to serve as a shortcut for various tasks or applications.

I am not sure how the button is implemented, but it works flawlessly on my device. I have never accidentally hit the button while going about my daily business, and when I did use the button, it was simple to activate.

On the Nexus 6, you can’t get enough force to activate the button while using the device with one hand, but it is simple to press the button with another hand. Overall, the button functions just as you would expect. There isn’t really any real benefit that I can see of using the NFC button, but it is, without a doubt, a sweet feature to have. 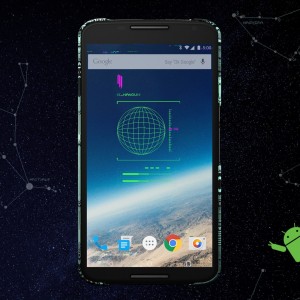 One important thing to me about every case I buy is how it looks. While I use cases because I am a klutz and would drop/break a phone out of a case within a week, I really enjoy using cases for the customization value.

Most people slap a skin on their phone from a company like dbrand, but I never felt safe doing that. With a case, I can personalize my phone while having additional protection.

The Live Case designs are really busy. They each have a lot going on and are unique in their own way. I actually really enjoy how my Midnight Blue Nexus 6 looks with the Space Shield case! It is unique, but not distractedly so with blinding colors that don’t make sense.

The design is something that I have actually never worked with before. I always opted for the bulkier cases that wrap around the front of the device a little and cover any physical buttons with rubber. In fact, my case previously was a Sprigen Slim Armor. The Slim Armor was the ‘lightest’ case I have ever used.I usually go with the Trident Case Aegis or the SUPCASE Unicorn Beetle Pro for whatever phone I am rocking.

This is my first experience with a snap on case. As I said, it doesn’t feel like it adds much protection to me, but I can see where the science would come in. When the phone lands on the ground, the case could break off of the phone taking the shock with it. At least that is what I have been told by others who are apparently smarter than I am.

As a whole, the Live Case is actually a pretty sold accessory. It isn’t that great of a case by my standards, but the look and feel make up for it’s lack of strength. I wish that there was a dimple cutout for the Nexus 6, but I guess I can’t have what I want every time.

Everything about the Live Case is just beautiful to look at and use. Including the box! The box sort of slides out from the bottom, but when you slide out the case compartment, tab sticks out from the top of the box with a info card.

The entire experience was just great. I have been switching between my Sprigen and the Live Case at least twice a week, but I always slap the Sprigen back on before I go running. I am not taking any chances with the Live Case on that front!

While it is a hefty $40 from the Google Store, I do think it is worth it in this one scenario. You are paying for a fashion accessory, not a case. The Live Case fails all of my expectations as a case, but it passes with flying colors as an accessory. It looks great as well as supplies additional features that are useful to your device.

If you are looking for something to add protection to your device, I suggest you keep on looking.