The elegant LuguLake Swan Wireless speaker fits both aesthetically and auditorily in the modern chic home. With its black circular shape and craned head, it produces clear audio in 360 degrees and looks good doing it. Additionally, the size is perfect for fitting into a hand while moving around the house while you play your jams.

If you’re at all curious about the name LuguLake, its name is derived from the actual Lugu Lake in China. It is quite a storied lake, Kublai Khan and his Mongolian army even established their army headquarters just south of Lugu Lake. After doing some research, I found the pictures of the actual Lugu Lake to be quite beautiful and see where the Swan Wireless speaker derives its beautiful form from.

The LuguLake Swan Wireless Speaker is about the size of a small apple and was actually a little smaller than expected, but sometimes good things come in small packages. The speaker itself points upwards towards a small cone that gently pulses red while in use that they call a “breathing light”. The speaker pointing up at the breathing light creates a full 360 degree sound spectrum, meaning you don’t have to point the direction at your ears to make it sound clear. 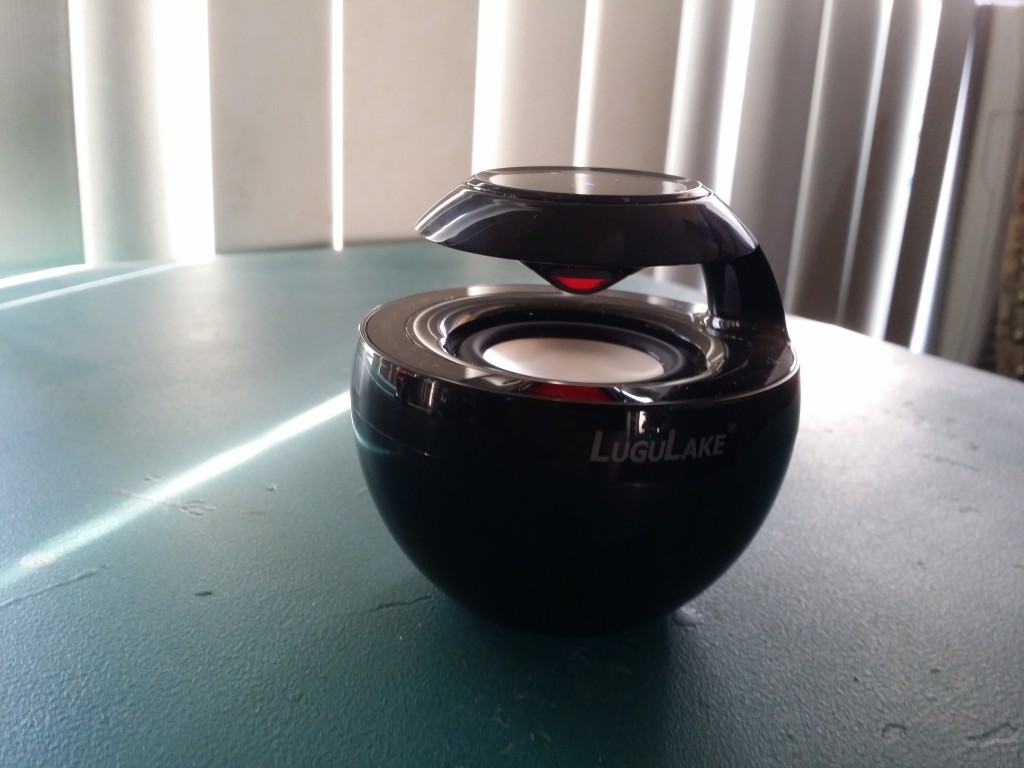 On the top of the LuguLake Swan Wireless speaker there are a few buttons to control your audio: volume up, volume down, next track, previous track, and a bluetooth pairing button. The bluetooth pairing button is used for play/pause, when media is playing, and also doubles as the answer and reject call button (long press/short press) when a call comes in and is also also used to hang up a call. Lastly, speaker charges over USB like any other modern gadget and has a physical on/off switch on it’s bottom.

The speaker also comes with NFC built in making for a very simple pairing. All you have to do is make sure NFC is enabled on your smartphone and simply tap to connect against the speaker.

The Lugulake Swan Wireless speaker also comes with a built-in Li-Ion battery and can be recharged using a standard micro-USB plug. 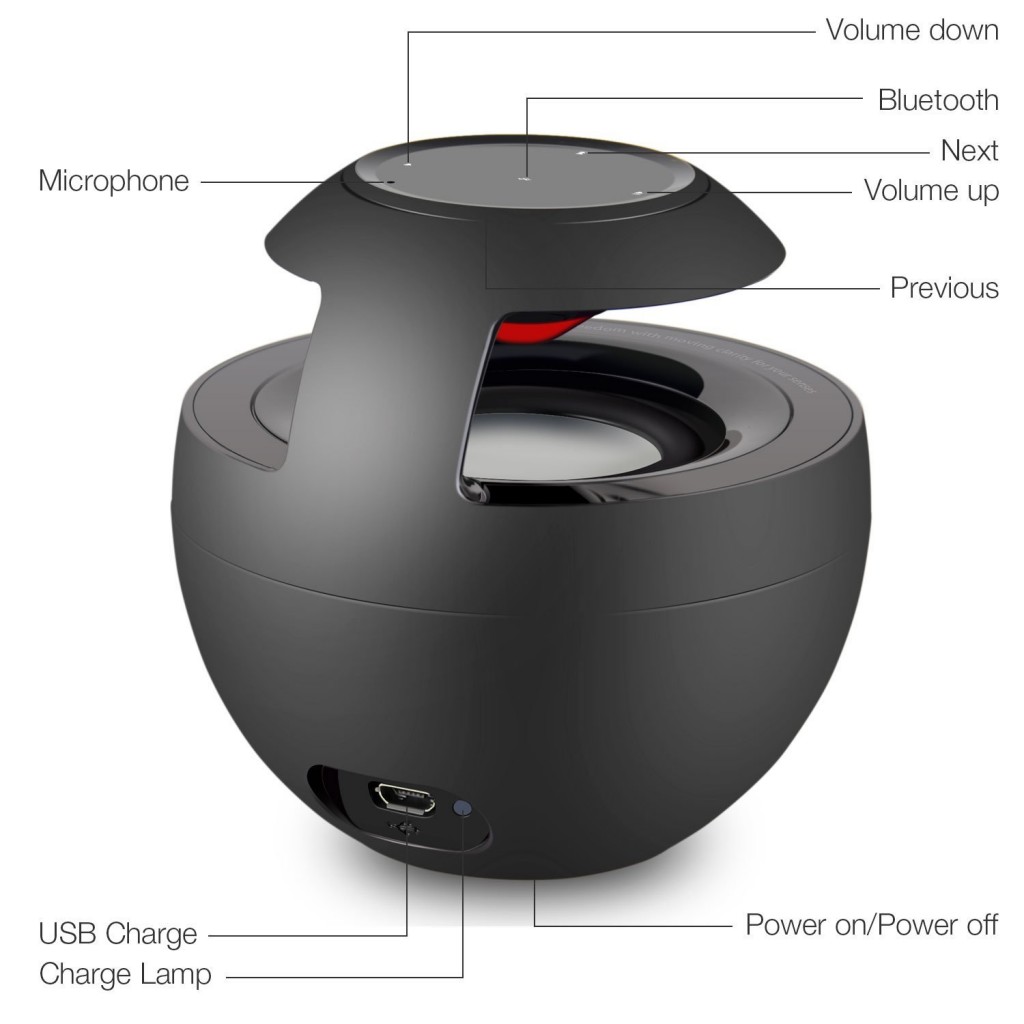 I was surprised in the office twice by coworkers poking their head into my office to comment on how surprising it was that such a small speaker could be heard four offices down the hall. Both insisting that I continue blasting my classic rock Spotify station because they enjoyed the Swan so much. One of them even asked me for a link on Amazon.com and purchased one for himself the moment he left my office.

The speaker really does sound great from any angle and it plays loud enough to entertain in a room with people talking (or be heard four offices down). The breathing light is actually pretty soothing and the speaker itself looks great on any of the tables or desks I’ve had it sitting on while listening. On my first day with the LuguLake Swan Wireless Speaker I accidentally left it on while falling asleep, which turned out to be a mistake. It woke me up in the early morning notifying me “Battery Low”, so be careful to power it off before bed! The battery does get a good long haul of playing in, it lasted through an entire day of playing music at high volumes while I worked with only being turned off a couple times.

In addition to being a speaker for listening to music, it also served as a great tool for taking phone calls. I took a couple of conference calls on it and wasn’t tethered to my desk using my traditional phone line. This came in handy when I had to leave my office to check on some chemical reactions in my lab a few doors down.

The LuguLake Swan Wireless Speaker is a beautiful little speaker with good output for it’s size. It projects 360 degrees of high-quality sound with beauty, making it a great buy for anyone who likes their accessories to match their style. For sale on Amazon.com at $40, the LuguLake Swan Wireless speaker does offer great features while being simple to use. You really don’t need to spend a ton of money these days to get high-quality Bluetooth speakers.

You can check out the LuguLake Swan Wireless speaker at Amazon.com.