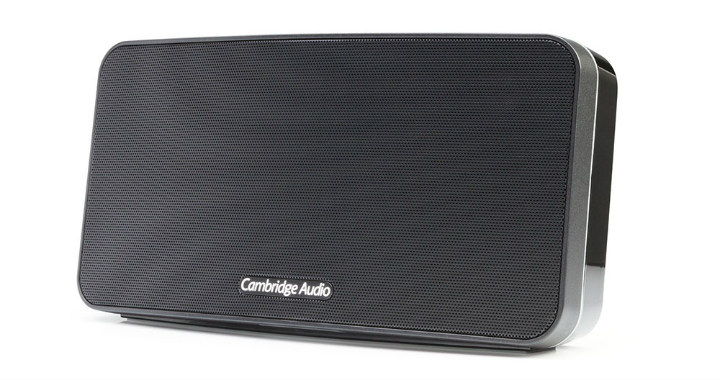 Today we’re taking a look at Cambridge Audio’s recently released Minx Go portable Bluetooth speaker. With a promised 18 hours of playback per charge, does this $150 speaker justify its price? You bet it does.

Save for its size, the Minx Go looks remarkably similar to Cambridge Audio speakers in the Minx Air family. The portable speaker measures a shade under 10-inches wide and five-inches tall and features a shiny black (or white) finish.  The corners are rounded and the unit feels comfortable in hand; the diminutive stature is deceiving. 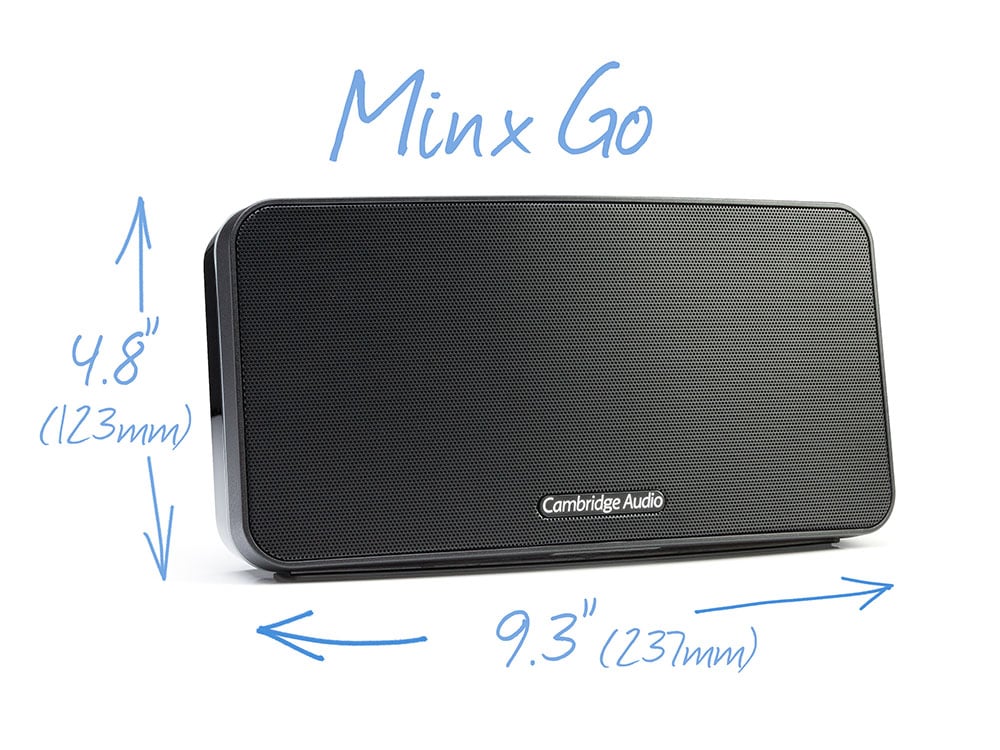 We were impressed with the sound quality that came from the Minx Go as it was both louder and clearer than we expected. As thin as the speaker is it really fills a room nicely. Speaking of which, the narrow design is helped by an extendable foot that keeps your speaker from tipping over. This was helpful in cases where we placed the speaker on a less than flat surface.

In terms of features, the Minx Go is almost your run-of-the-mill Bluetooth speaker. There is an
auxiliary 3.5mm input jack, power, and USB. Indeed, you can power your phone up through the speaker and daisy-chain that power outlet. The drawback is that it only works when the speaker itself is powered. Nevertheless, it’s a handy feature.

Perhaps our favorite part of the Minx Go is the advertised battery life. Promised at 18 hours of playback per full charge, it certainly delivers. It seems strange how long we have gone without charging the speaker up.

After a few weeks of using around the office, pool, and deck out back, we’ve only had to plug it in twice. And really, we felt no qualms about taking it with us a time or too and leaving the power cord at home. You might actually forget that it needs to be charged. Naturally, the louder you play the speaker, the less battery you might expect. With that said, don’t expect to charge this very often.

As far as sound goes, the Minx Go plays very clear on both the highs and lows. Even at higher volumes, the speaker does not give any rattling or distortion. While we don’t always play our music at high levels, the sound stays consistent and clean. Conversely, the lower volumes maintain a nice balance of sound as well. We expected to lose some of the deeper tones for more quiet playing but were surprised and pleased with the even sound.

If there were one feature we’d like to see integrated on the Minx Go it would be to allow for speakerphone functions. We’ve tested other speakers in the $99-$150 price point that offer this option and it’s really convenient. For something that typically stays in the office during the work week, we’d like to be able to take calls through the desktop speaker. It’s not a deal-breaker, mind you, just icing on an already delicious cake.