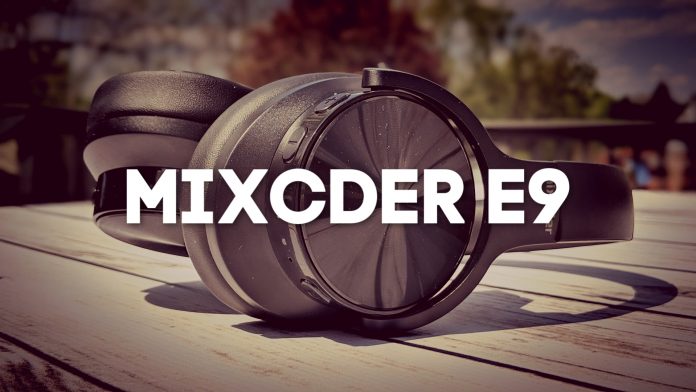 Mixcder isn’t yet a brand that many readers may know, but we suspect that things are slowly changing. We’ve watched the company put out a string of affordably priced headphones over the last few years.

Not everyone wants, or needs, to spend hundreds of dollars on a pair of headphones. As much as we like our music and audio, we sometimes need to think with our wallets and not our heart. If this sounds like you, the Mixcder E9 headphones might be worth a look.

The newest set of headphones from US-based Mixcder, these run about $80 and feature active noise cancellation. What’s more, they promise up to 30 hours of playtime in wireless mode with upwards of 80 hours when wired. 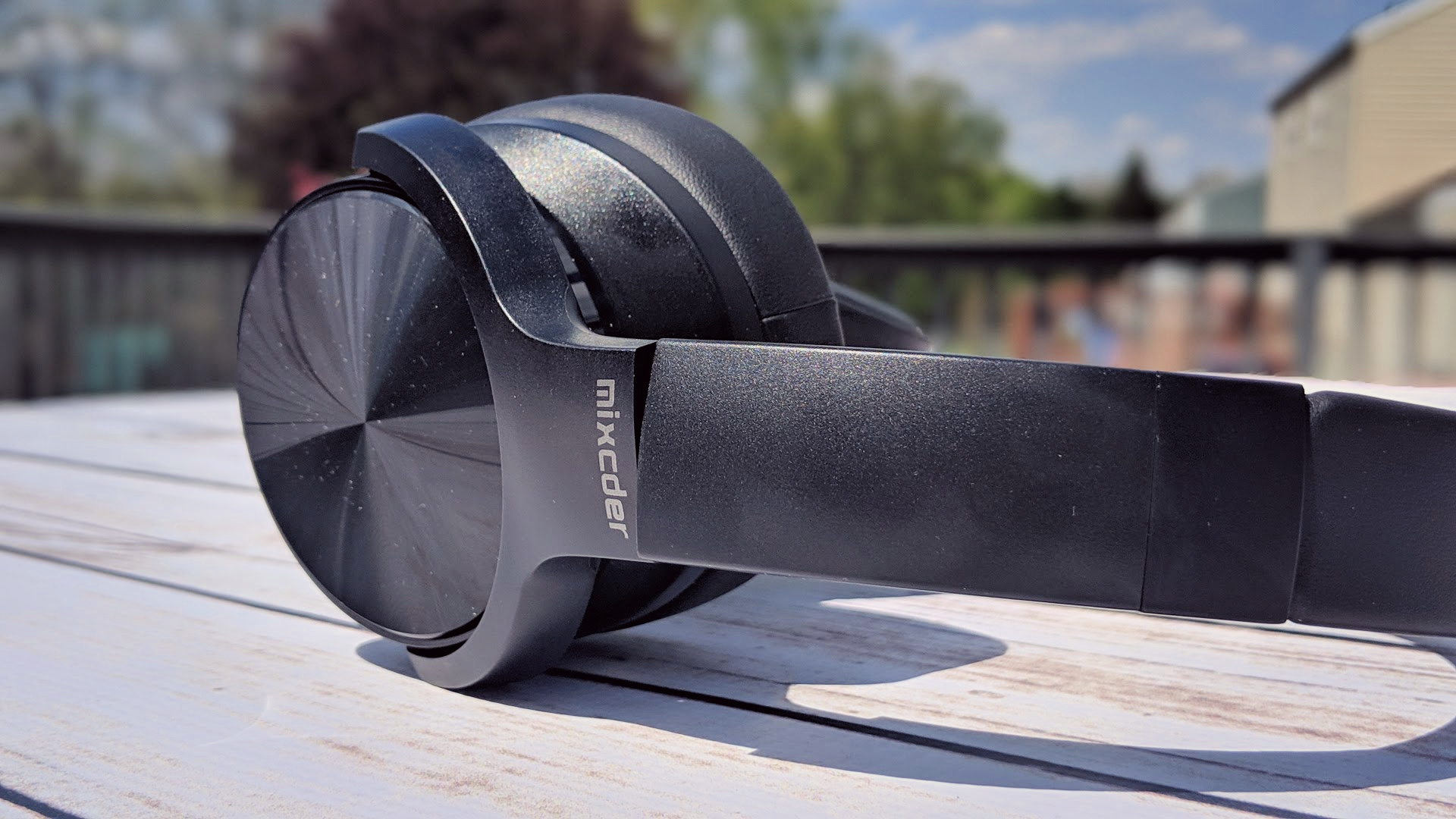 The matte black headphones look a little boring at first glance as the plastic design isn’t all that ambitious. The over-the-ear cans are right in line with previous models in terms of appearance but these come in lighter than predecessors. What’s more, they offer longer playtime.

The headphones come with an auxiliary cord, a microUSB charging cable, and an airplane adapter. Also in the package are the user manual and a card for registering your headphones. For what it’s worth, if you register within 30 days of purchase, you receive an extra year of support. That’s a departure from what most companies offer and a nice feather in the Mixcder cap. 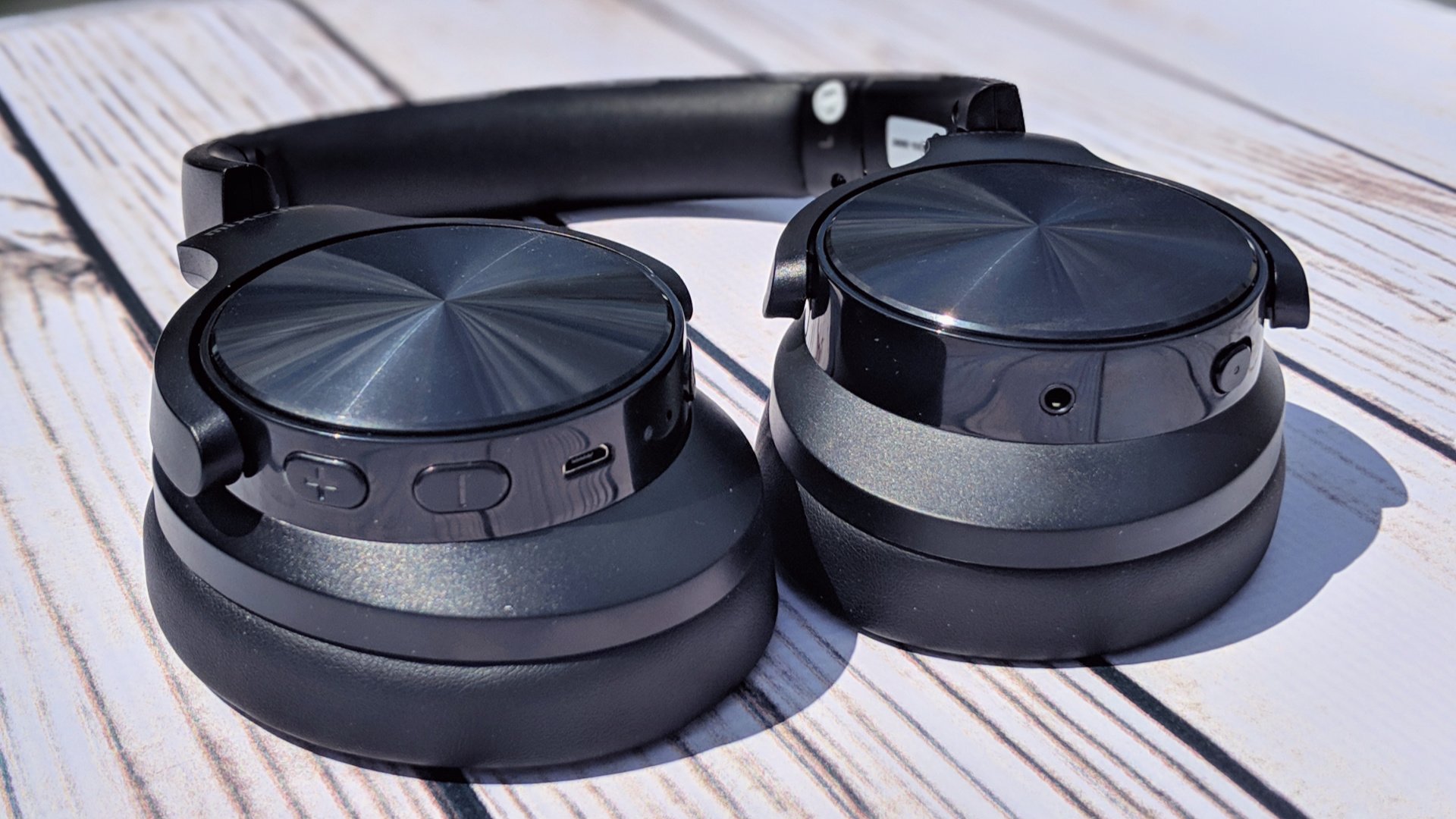 The carrying case is a little wonky and gumdrop shaped but do work well for packing them up in a suitcase or bag. If you’re like us, though, they’ll sit around your neck when not worn over the ear; the cups swivel 90 degrees.

With up to 30 hours of playback over Bluetooth 4.0, the Mixcder E9 are the sort of headphones you can expect to get you through a week’s worth of commutes, if not two. It will depend, of course, on how much you use the ANC feature. Using it full time probably dropped our battery life to around 22-24 hours, or so we estimated.

It takes approximately two hours to charge these headphones up, sometimes longer. Keep that in mind if you’re planning to plug them in before a weekend away or a day at the park. We tend to plug devices in overnight so it matters little whether it’s two hours or six hours.

Bluetooth 4.0 is adequate for connection but we’d really like to see 5.0 as soon as possible. It’s much easier to work with, provides longer range, and feels more in line with 2019 expectations. With that said, we did get around 30 feet of range from our music source when used outdoors. Indoors, the results varied but sometimes it was a little longer. 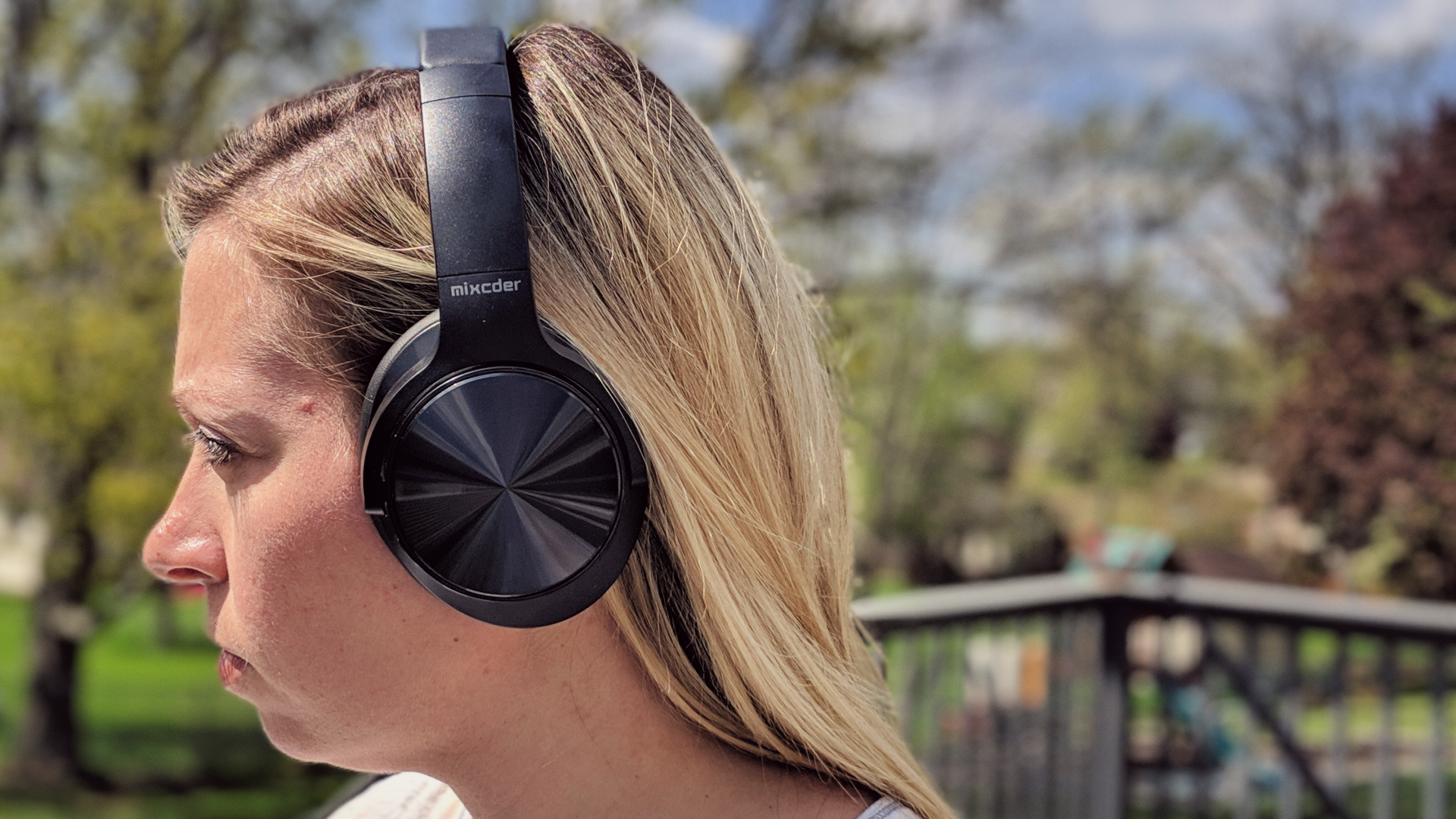 The Mixcder E9 headphones are comfortable to wear in the immediate and longer term. They fit snug over the ears and clamp the head firmly without too much pressure.

The padding in the ear cups is soft and enveloping and do a good job to block out lower frequency ambient noise, even without turning them on. The ANC does a fine job of eliminating office and environmental sounds but it does struggle with higher frequencies. You might not be able to make out what someone is saying next to you but you can still discern some chatter.

Sound is warm and welcome particularly when listening to music like the score from Game of Thrones or Blade Runner. Bass and mid-ranges are presented fairly even but vocals and treble could use some help. Keeping in mind the price we felt these delivered within reason. 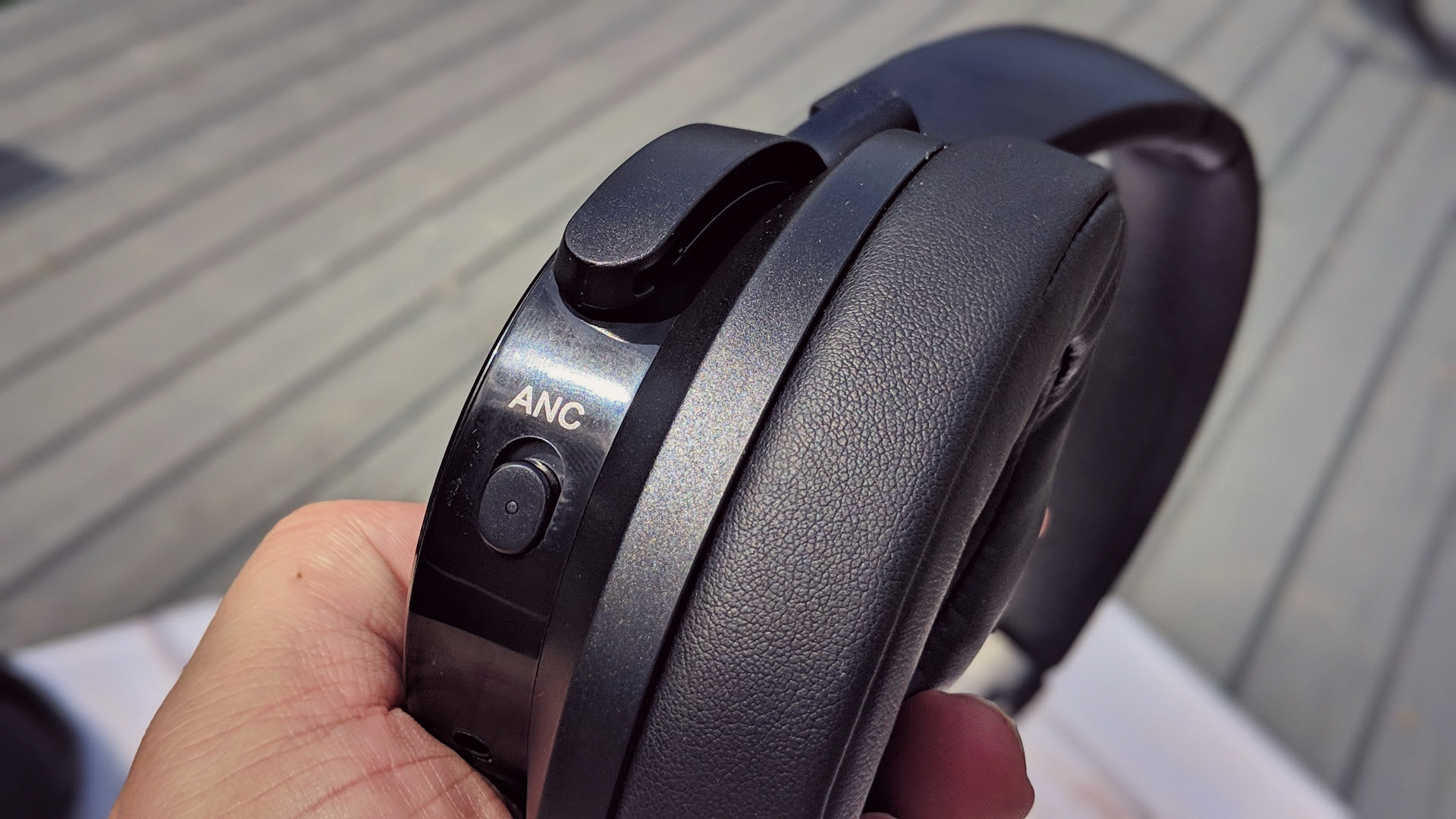 Turn on active noise cancellation, though, and things get better across the board. We sometimes try to avoid using ANC if only because it creates this weird airplane effect. With that in mind, it’s not as distinct to switch it on and off here. We suggest using it whenever possible, particularly as it doesn’t hamper battery life that much.

Feeling for the buttons to adjust volume or control playback is fairly easy and they do provide decent travel and feedback. Volume is spaced out enough that you’re not accidentally pressing the wrong one and power is in a different area altogether. It does take a little bit of time to learn what the secondary role of the buttons are but the user manual spells things out clearly.

For $80 the Mixcder E9 are well worth the money. Even if they aren’t the most eye-catching headphones you’ve ever seen, they deliver where it counts. 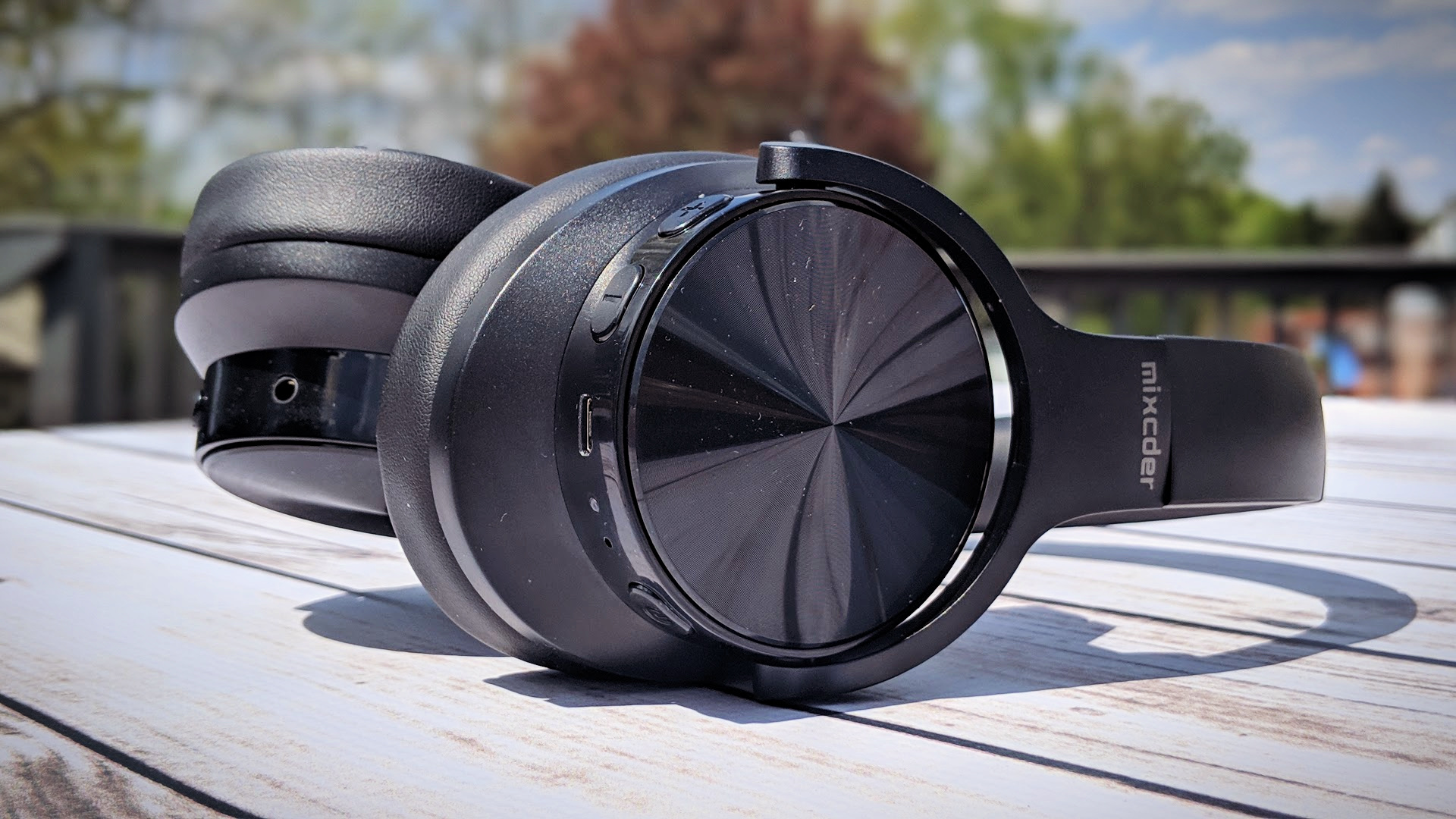 The headphones are comfortable to wear even in longer spells, just don’t get too sweaty. You’ll want to wipe them down if you’re using these for mowing the grass or spending a few hours at the park. They aren’t waterproof or sweat-proof but they do clean easily.

The battery life is excellent given the price point and we rarely have to worry about charging them. Plug them in on a Sunday night and rest assured that they’ll be there for you when the work week is out.