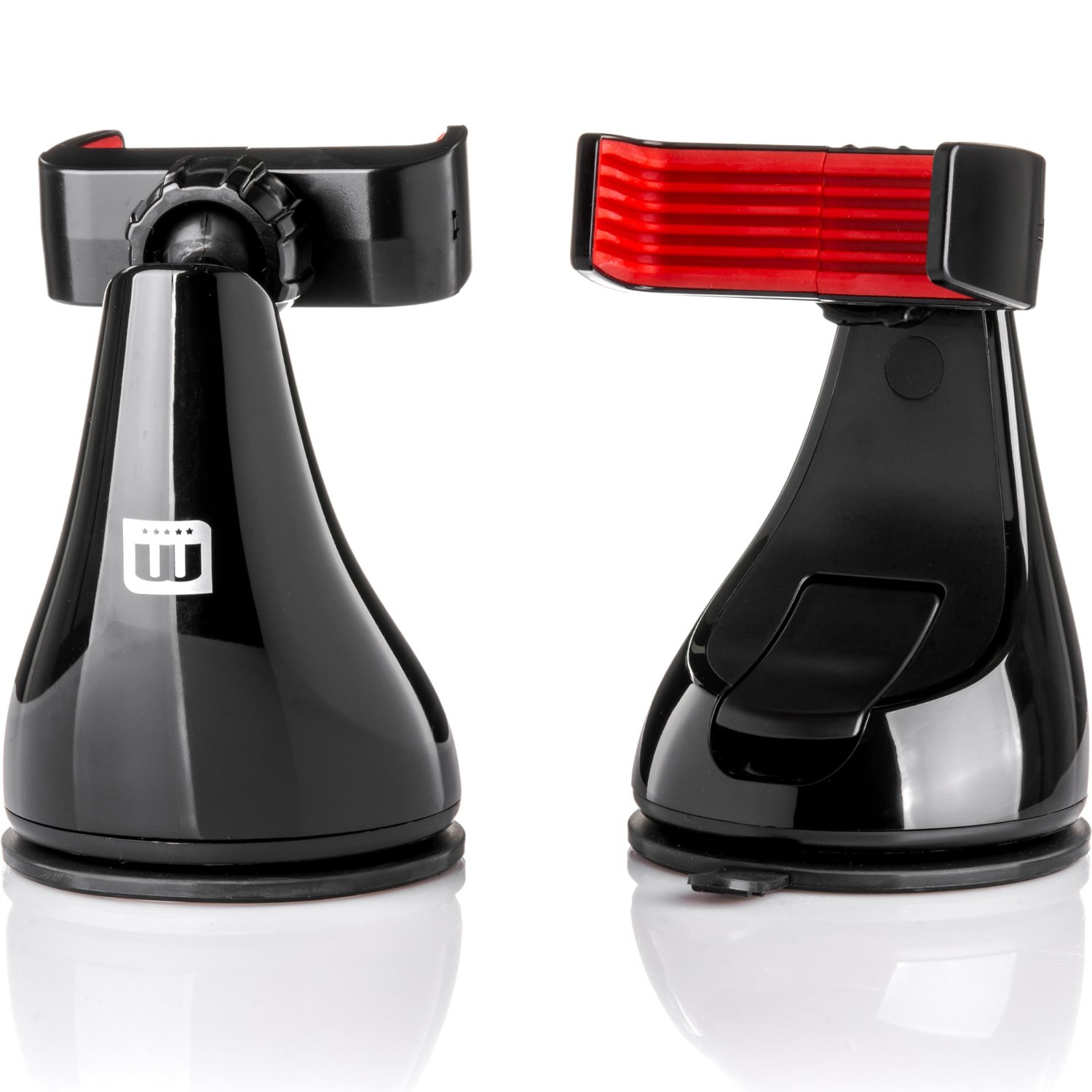 One smartphone accessory have begun to use more and more is a car mount for my device. With all the laws going into place to prevent texting from behind the wheel (I don’t do that…), the last thing I want to do is get pulled over for pulling my phone out of my pocket to answer a call.

I have been struggling to find the perfect car mount for myself, having owned a few different ones. The problem is, some devices don’t work very well with certain car mounts. WinnerGear was nice enough to send me a MONTAR Universal Car Mount to review, and let me tell you that I am impressed not only with its design, but its functionality.

First off, this car mount is not flashy whatsoever. When they designed it, they kept in mind that its job is to hold a phone; not to be the center piece of your car. As long as the mount has functionality, it brings along with it a certain type of design that is appealing. That is exactly what WinnerGear has done with the MONTAR Universal Car Mount. Other than the red rubber inside the claw that holds your device and a small M representing the MONTAR logo, this car mount is entirely gloss black.

The car mount also features a suction cup for mounting that has a gel coating over it, which gives it maximum grip. We’ll cover that later. The mount that actually holds the device does swivel 360 degrees which allows for maximum compatibility with smartphones today. 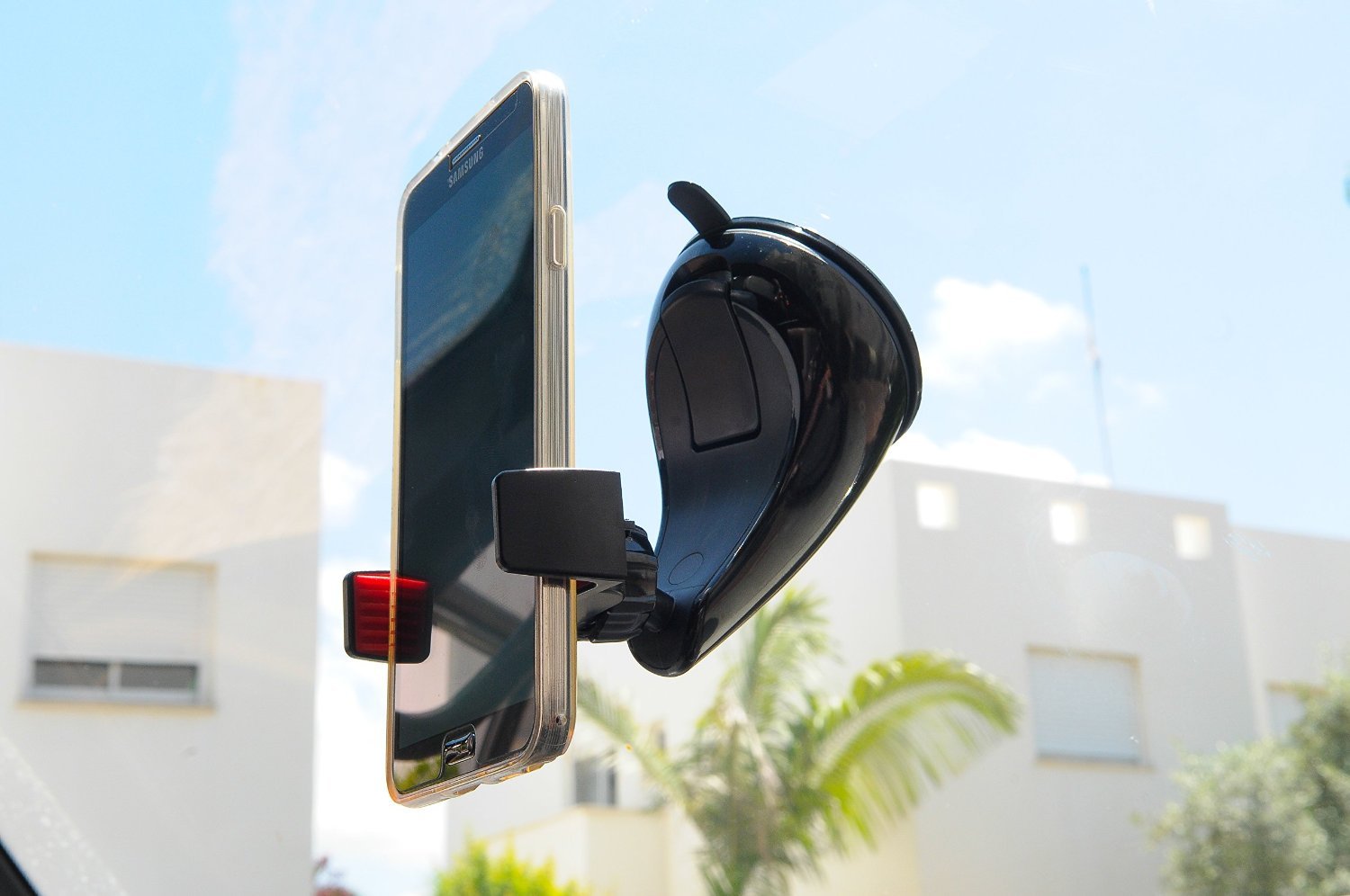 The jaws spread out to just over 3.5 inches so the biggest phones on the market will fit. That includes the popular phablets such as the Galaxy Note 4, iPhone 6 Plus, and the Nexus 6. They edges of the claws are just under one inch tall, so the grip they have on the device is slim, yet sturdy. This is due to the fact that all phones have different volume rocker and lock button locations and it was a great move by the design team. 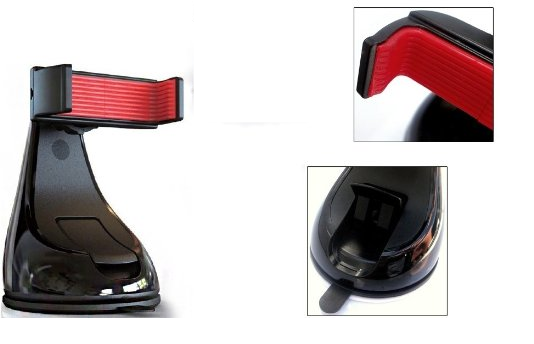 Like I stated earlier, I have been trying to find the perfect car mount, so I have been through about three or four different ones. The MONTAR Universal Car Mount gives by far the strongest grip of any previous car mounts I have used.

The claws are very taut and the red rubber lining that it has help immensely when gripping a device. I am currently sporting the Nexus 6. I could put my device in the claws and shake it vigorously and my phone would not fall out. That is how strong the grip is on this car mount.

To coincide with strength of the claws that hold your phone, a car mount is worthless if it can be mounted properly to your vehicle. The MONTAR Universal Car Mount has a suction cup on the bottom that features a gel like coating. This gel gives the suction cup amazing grip once you use the handle to lock it in. I have had problems with mounts before falling off my windshield and or dashboard; not with this one. In the two weeks I have used it, it has never fallen off. 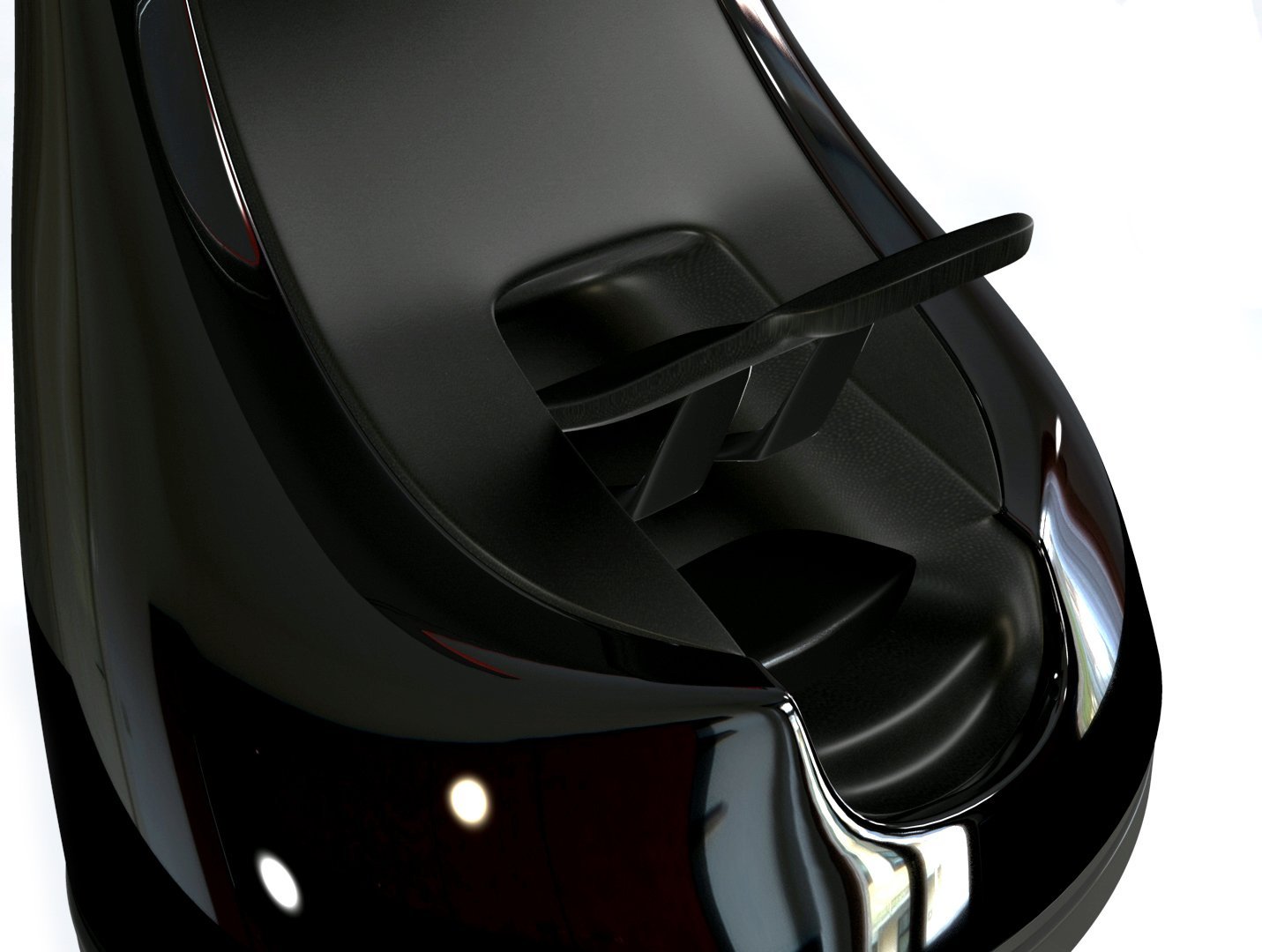 To check the strength of suction cup on the car mount, I put it on the inside of my car door, on the side panel. It wasn’t even on the window, so it was suction cupped to the vinyl. I slammed my door a few times and the car mount never fell off. I even trusted it enough to put my phone in the car mount while I did it. The suction cup never failed.

Overall, this is one of the most satisfying accessories I have ever gotten for my device. Not only does the Montar Car Mount look sleek and is easy on the eyes, it is functional beyond belief. That is one thing that companies forget about when making a product, but WinnerGear definitely spearheaded the right idea. I am impressed with strength in both the claw and suction cup and it never failed me.

If you are looking for a car mount, give this one a shot. You can find it on Amazon for $34.99 and it is Prime eligible.

Writers note: Since all cars a different, have different sloped windshields, dashboards, etc., be mindful of which device you have and which car mount you choose to purchase.