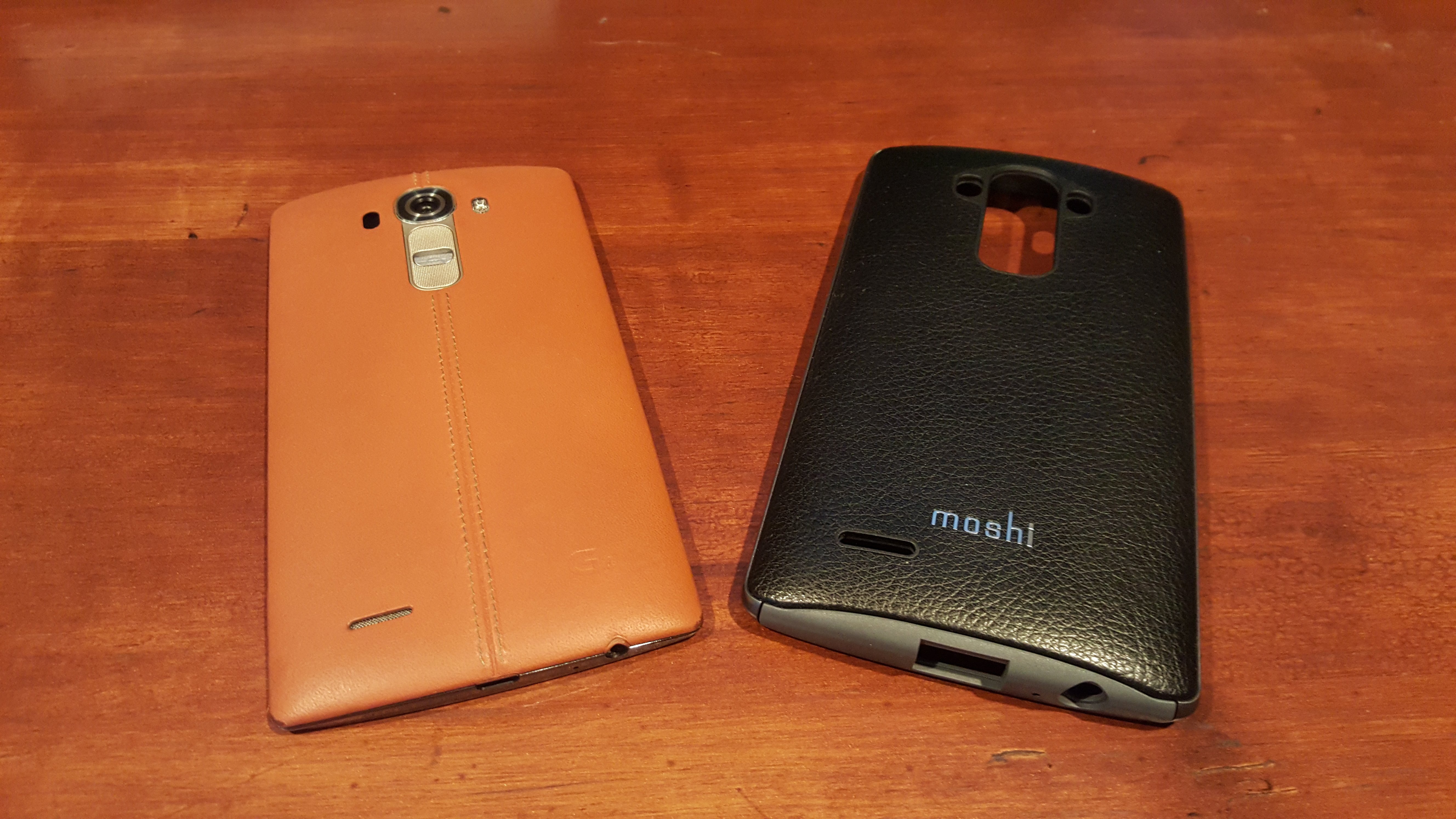 One of the most important accessories someone can buy for their smartphone is a case to protect their investment. Smartphones cost upwards of $800+, so it only makes sense to put a case around it to protect it from every day drops and dings. Fortunately for us, the consumer, there are many case options for nearly every device. That brings us to this review. I got my hands on Moshi’s brand new iGlaze Napa LG G4 case. 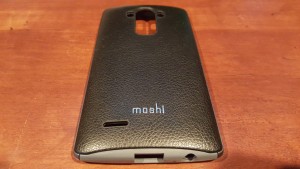 I’ve been using the LG G4 as my daily driver ever since the release and luckily my phone hasn’t taken any serious spills. When I received the Moshi iGlaze Napa in the mail, I was immediately impressed with the quality of the case. It adds a little bulk, but it is all in the name of protection.

The case has a hybrid construction, meaning that it has a shock-absorbing inner shell and a tougher outer shell. Thankfully, it is all in a one-piece construction. I am not a fan of two piece cases as it adds to the chance that it might fall apart or break during a big fall. With the Moshi iGlaze Napa LG G4 case, you don’t have to worry about that.  I had no problem strapping my phone into the case and letting it go for the ride.

Moshi definitely did their research beforehand, because this case fits over the LG G4 like a glove. It is slightly curved to go along with the G4’s curve, so there are no unwanted gaps in the phone case. When the device is in it, it feels very rigid and like it was meant to be there. To top it all off, all of the cutouts on the case allow for easy access to the buttons, headphone jack, and charging port. One of my biggest issues with cases sometimes is the fact that larger microUSB cables and headphone cords will not fit through the cutout; that isn’t an issue on this case.

Currently, the case for the G4 is only available in Red and Black. I would personally like to see them add a few extra colors to match LG, but you can’t win them all. If you are in the market for an LG G4 case, don’t hesitate to give the Moshi iGlaze Napa case a look. Not only does it add protection to your device, but it will also maintain the looks and sophistication of your barebacked G4. The case is available for $44.95

If you would like to check out the Moshi iGlaze Napa LG G4 case, you can do so by visiting their official site.