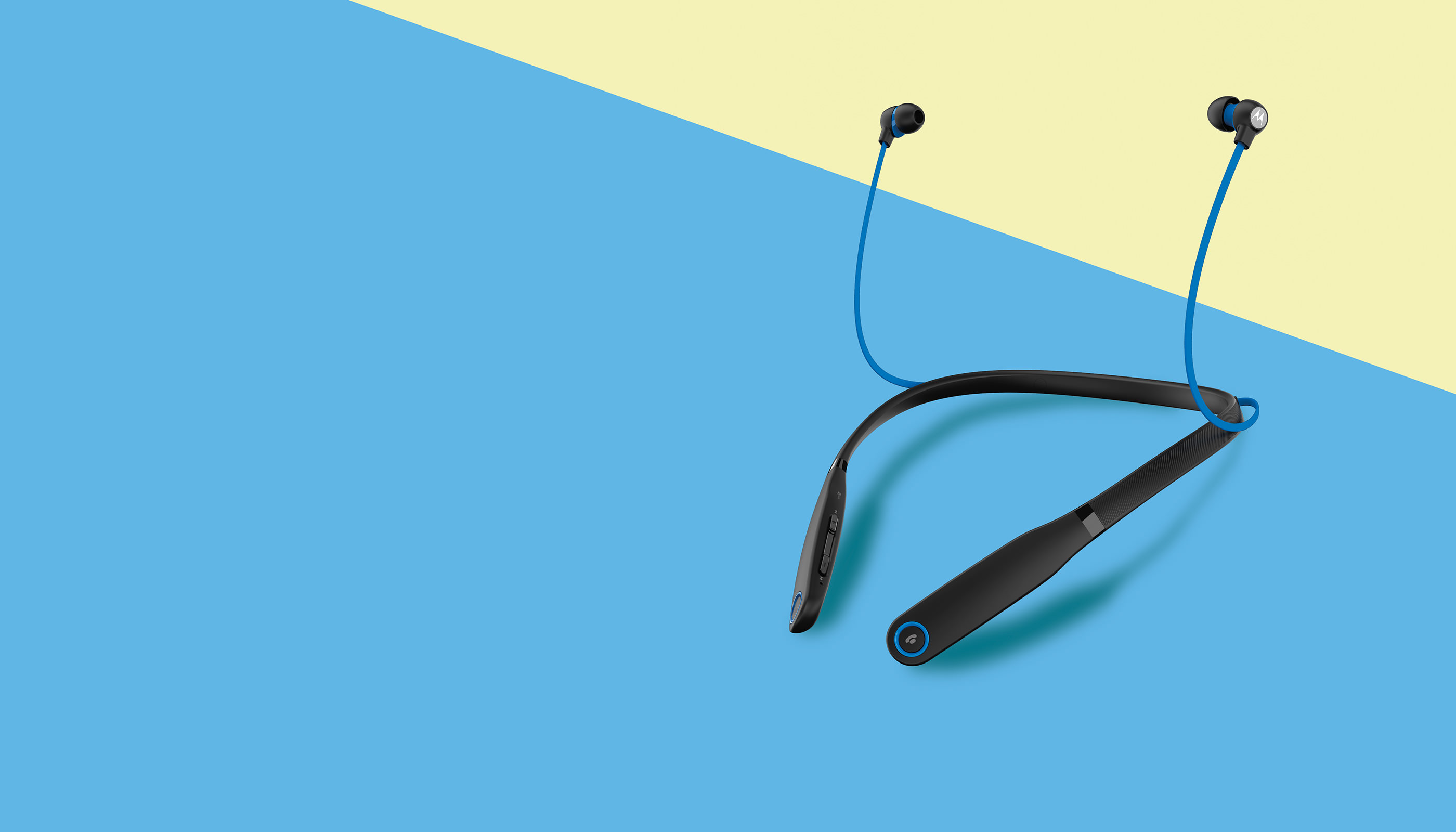 The Moto Surround was made for those who are active, or use their hands a lot, and don’t want their earphones to get in the way. Further, Motorola gave the Moto Surround the ability to take and make calls, as well as water/sweat resistant. Basically, this is the perfect set of earphones for those who want to be hands-free. Or are they? 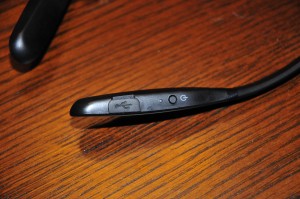 Much like the new Moto Pulse headphones, setting up the Moto Surround earphones was a cinch. There was a little more haggling with Bluetooth switches with the Moto Surround than its cousin, but overall it was a much more pleasurable experience compared to most other Bluetooth devices.

Once your paired, just place the black band around your neck, and you’re set.

I must admit, I’m not the overly active type. So the benefits of a black band around your neck mostly allude me, but I’ll do my best to portray my experience for those who are active (don’t guilt me…).

The black band is fairly comfortable, and walking around my school and using them during the little exercise I do get in, I never found it to be in the way. Further, I sweat more than I’d like, but seeing as how the Moto Surround is water resistant, I never had a problem with controls are anything.

The band brought two benefits outside of keeping the earphones in my ears while moving: 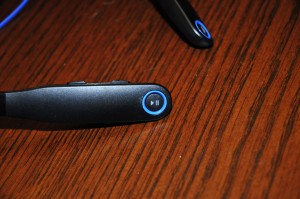 Motorola claims 12 hours of playtime with the Moto Surround, and that’s probably accurate. I used them for about 15 hours before getting the low battery alert, but that was because I left them on accidentally for a couple of hours not playing anything. Still, it’s impressive that, again, the estimation Motorola gave seems to be rounding down instead of up.

If you read my Moto Pulse review, I mentioned I am no audiophile – this still applies here. I didn’t become one overnight, sadly. However, I do have an ear that’s better than most when it comes to sound quality.

With the Moto Surround, the sound was good. Motorola claims their aptX technology allows superior sound through smaller speakers (read: earphones). I’m not sure how much the aptX technology actually applies, but I certainly enjoyed the sound I received. They got very loud, which is aided by the fact that the plug blocks any outside noise out very well. I had a coworker tell me he tried to say “Hello” as I was walking by (claiming he was shouting) him one day, and I never even noticed him.

Further, I could hear each instrument clearly during music, with distinct highs and lows. I found mids to struggle a little, but I think that had more to do with them being earphones than poor sound quality.

Basically, for $70 wireless earphones, the sound is good.

The Moto Surround is a great entry into the wireless earphones space. Not only do they offer good sound, but they allow free range movement with getting in the way. Plus, there is little to no fumbling around with them like you would with other earphones between the well-placed and tactile buttons, and the magnets on the ends of the band. Further, those who are active don’t need to worry about water/sweat ruining your earphones, as these are resistant to both! All of this for $70, which is a fair price compared to other options on the market. 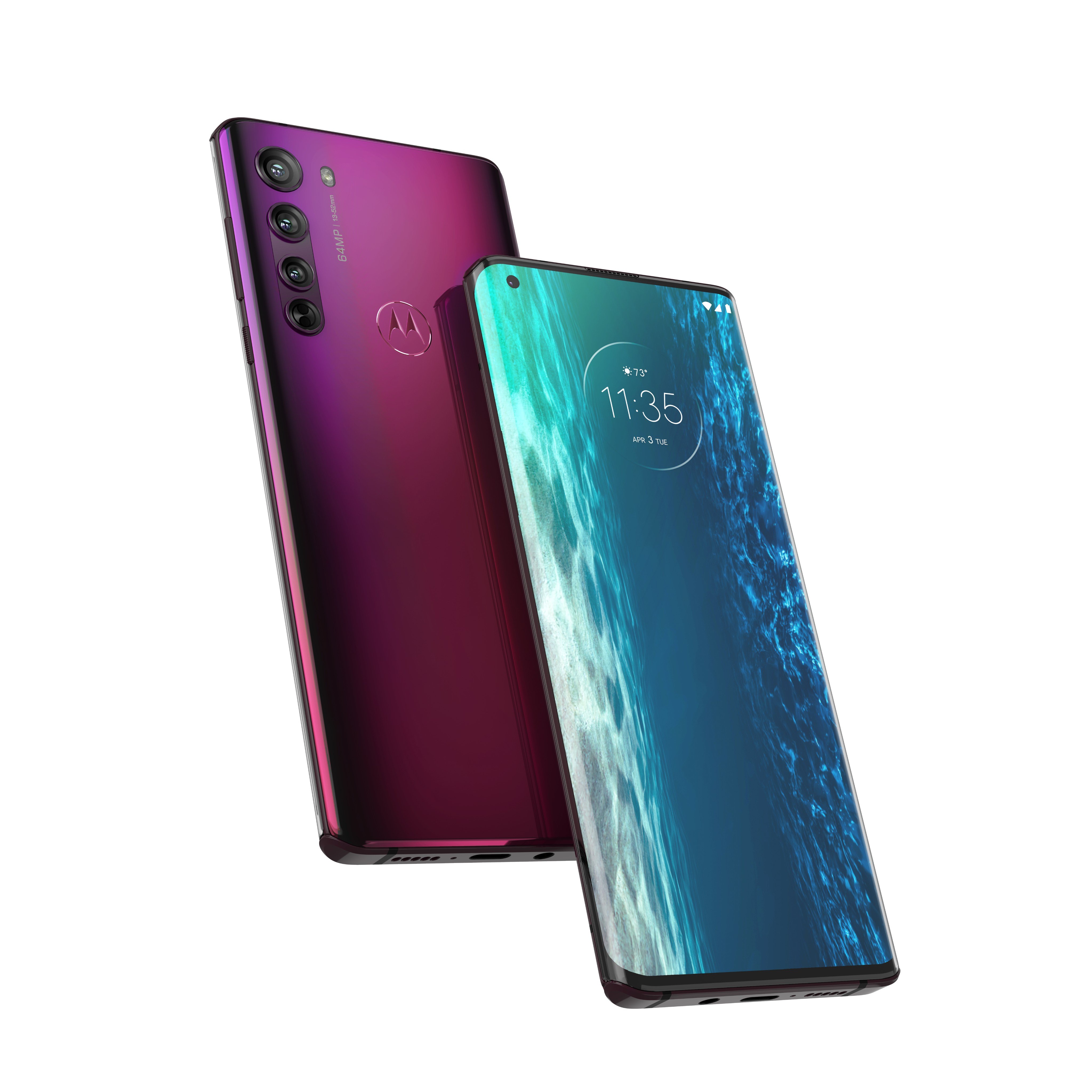