A lot of what we review at AndroidGuys centers strictly around Android phones, tablets, and smartphones as a whole. That net has widened over the years with Chrome OS, smart homes, and the whole Internet of Things.

Much of what’s covered here could be considered more necessity and life-enhancing; there’s often more need than want. But, every so often we get a chance to review something that doesn’t necessarily provide any true value other than fun and entertainment.

The Nanoleaf Canvas is one of those things that is decidedly not something we need to own. It’s cool as hell, smart and interactive, and really ties a room together. The best part? It works no matter your environment or layout. 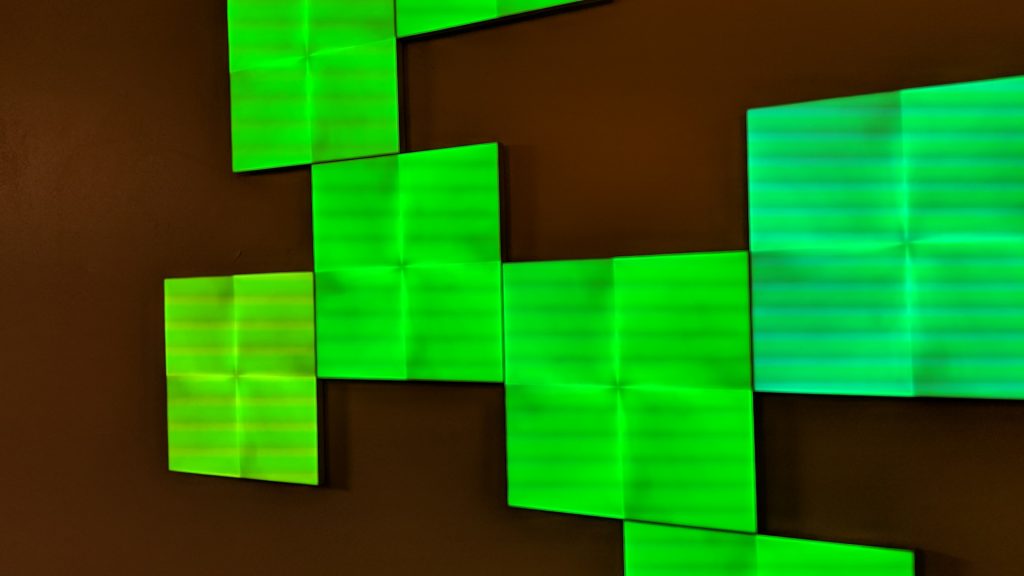 The Canvas is not the first product in the Nanoleaf portfolio; however, it’s perhaps the most feature-rich LED lighting kit available. Not only does it provide virtually endless color options and nearly unlimited configurations, but it’s smart. It detects environmental sounds for rhythmic dancing and patterns. Oh, and it also works with IFTTT, Google Assistant, Amazon Alexa, and Apple HomeKit.

We were pleasantly surprised at how easy it is to set up Nanloeaf’s products and the Canvas is no different. The package consists of a power supply, nine panels, connecting pieces, and two-side adhesives.

It’s literally up to you as to how you want to design the layout of your Canvas kit. Each of the tiles has three connecting points. Feel free to line them up direct, offset, or mix and match.

The connectors (Linkers) are thin and flexible. They’re not quite bendable to right angles but Nanoleaf does offer a Flex Linker kit ($10) that bends up to 180 degrees. So, if you want to wrap a pillar, or extend your layout around corners, this is what you’ll need.

The hardest part of setting up was deciding which wall would get the Canvas. After that, it was a matter of figuring out how we wanted to arrange the panels. After overthinking it for far too long, we ultimately chose to wing it and build as we went. 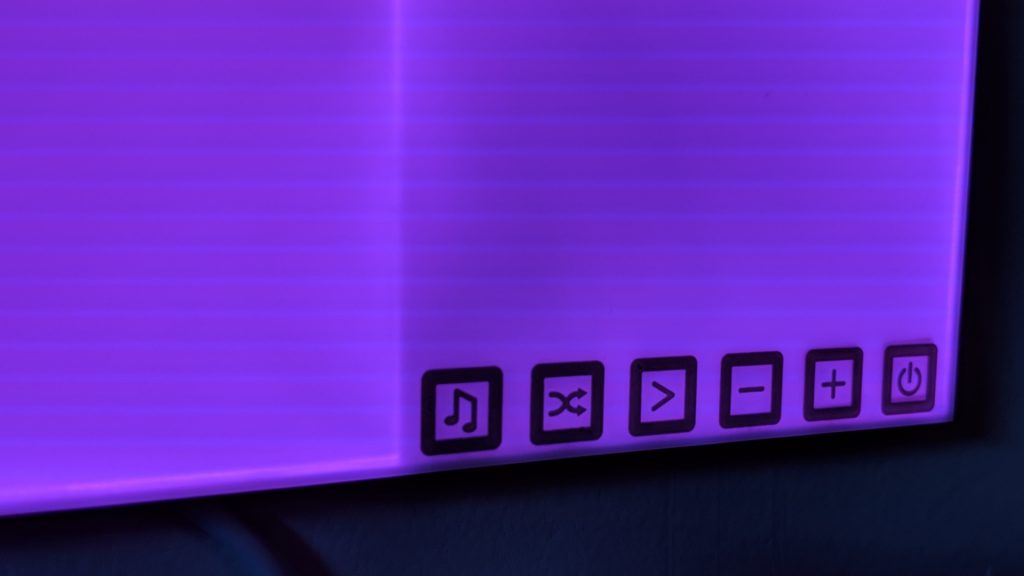 The main panel, which houses a handful of buttons, is where you’ll connect the power supply. Keep this in mind as there will be a thin white cord that runs from the panel.

After that, it’s all fun and games. There’s no wrong orientation or direction to extend your build. The system intuitively knows how it’s set up; you’ll verify this in the mobile app.

The mobile app walks you through the process of setting up the lights and also allows for deeper control over the lighting. Whether you want to turn every panel to a desired color or brightness, let them breathe and flow like water rippling, or dance to music, the app is where you go.

There are a number of preset options for colors, rhythm, and interactive lights. Out of the box there’s more than enough to satisfy the masses with an always-changing array of lights. Spend a couple minutes in the section for discovering new designs, though, and you’ll find all sorts of great color palettes, speeds, and effects that can be downloaded.

It’s not necessary that you open the app every time you want to use the lights. Really, once you have the stuff downloaded that you like, you don’t have to open it. The buttons on the control panel let you cycle through things. Moreover, the panels react to touch as well. With that said, it’s nice to have visual representation of color palettes.

We’ve set up the Nanoleaf Canvas to have schedules, added it to IFTTT for more lively notifications in the office, and played with Google Assistant. Every one of those works as we’d expected and each provides a different level of coolness.

Whereas the Canvas looks great just blinking, glowing, and pulsing by itself, we really like to watch it dance to music. It’s almost too distracting at times because of the myriad ways to configure it.

Were this a bedroom or living space we would have them cycling through Aurora Borealis-like ripples and other wave effects, glowing to wake us up, or providing reading light. These truly do work in any environment.

As it is, the nine pieces can be configured in cool and interesting ways that take up a decent amount of space. It’s all at once a quality piece of artwork, helpful lighting, and fun way to liven up a room.

The bonus points come when you factor in something like IFTTT when you can have it switch all of the panels to a certain color when a specific person emails you or a person tweets at you. 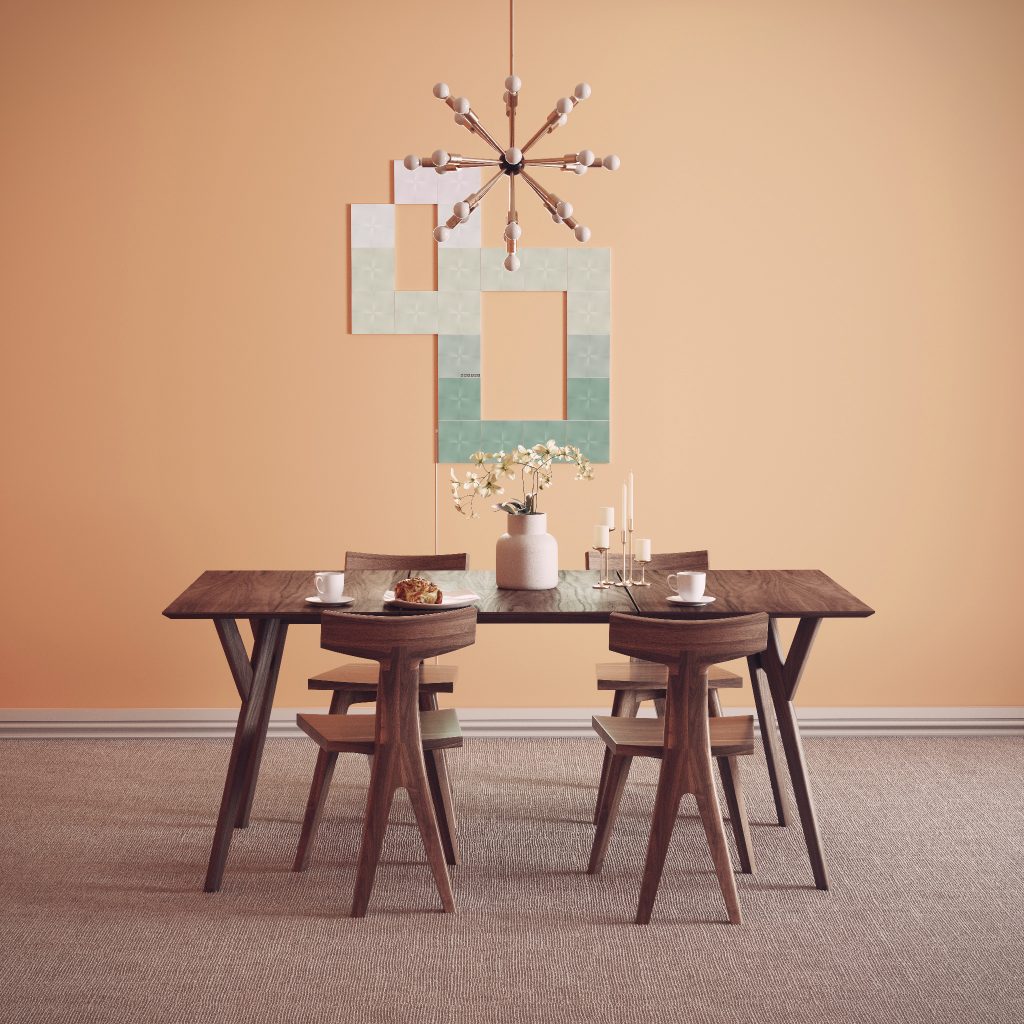 We like how much Google Assistant and Google Home have evolved over time. Now we’re able to do things like use our voice to change colors on a Philips Hue light or Nanoleaf Canvas. We can imagine all sorts of great, interactive ways to brighten up our home or office were these in each room.

We really like the Canvas and would love nothing more than to wrap rooms in the panels. The first day we put them up we realized that nine would not be enough to satisfy us long term. To that end, it’s an expensive set of tech, especially if you start to expand.

At $250 for the starter kit, it’s not an extraordinary amount of money when you compare it to other smart lights. And, given that it’s so flexible and feature-rich, one can see how it’s worth the money. Nevertheless, it would take a small fortune to outfit a wall with a few dozen panels. 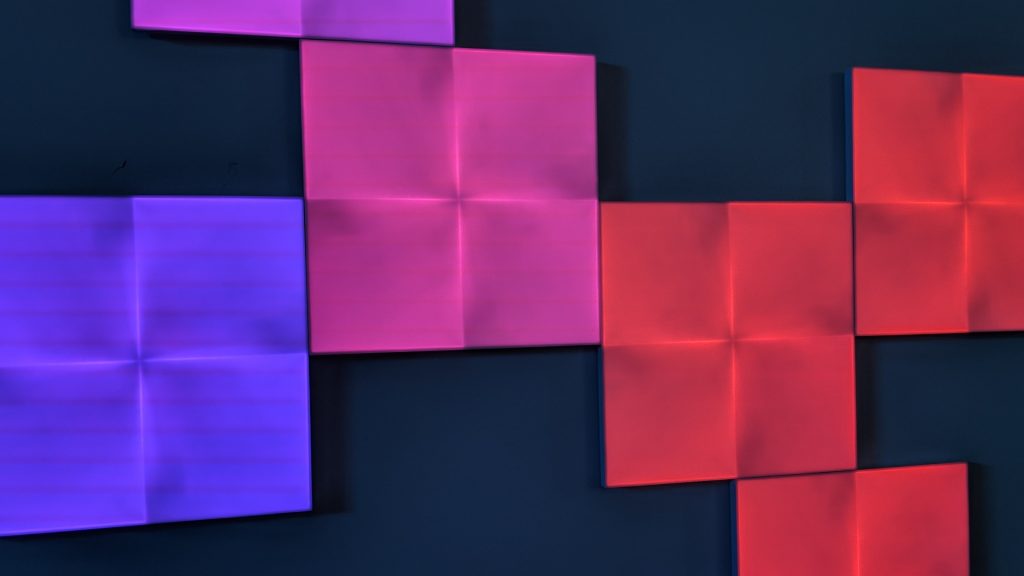 If you do plan to start out with more than nine panels, you’ll want to opt for one of the other bundles. The Suave One is a 17-piece kit for $369 and The Bold One is $513 for 25 pieces. It’s not clear whether these were limited time deals at the time of publishing this review. From what we can gather it’s like adding multiple expansion packs and applying a discount code.

Nanoleaf offers add-on panels to the tune of $80 for four. At $20 per square you’d be into thousands of dollars if you set up a room to look as cool as those in the Nanloeaf promotional videos. Fortunately, it’s not all-or-nothing and you can slowly add to your wall over time.

Now, if you’ll excuse us, we have to figure out where we’ll plug in the next four panels.