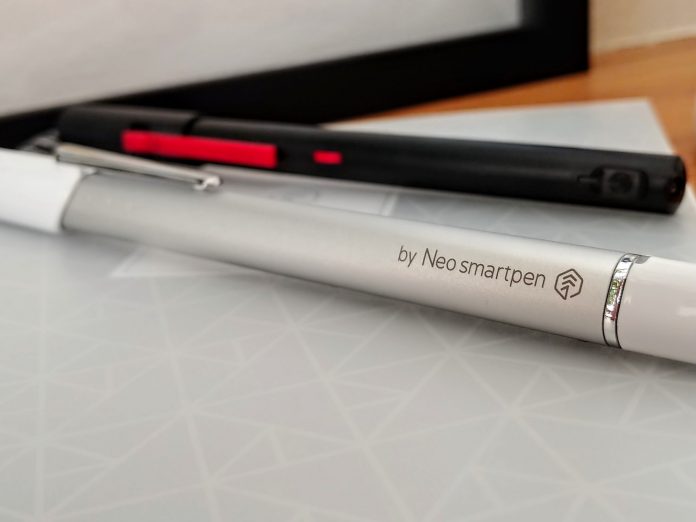 Hand-written notes are a chore. I grew up in an era where we still wrote everything on paper, with laptops, tablets, and phones all being cost-prohibitive to bring into the classroom. I’d have killed for a device that would automatically digitize and transcribe my notes, when I was in school. Instead, I’d spend hours manually transcribing my notes at home into the Family Dell. With a gadget like the NeoPen, all that time could’ve been saved. That was a decade and more ago, though. In a world where smartphones, tablets, and laptops follow us literally everywhere, is there a place for a digital, transcribing pen? Read on, dear Android Guys. 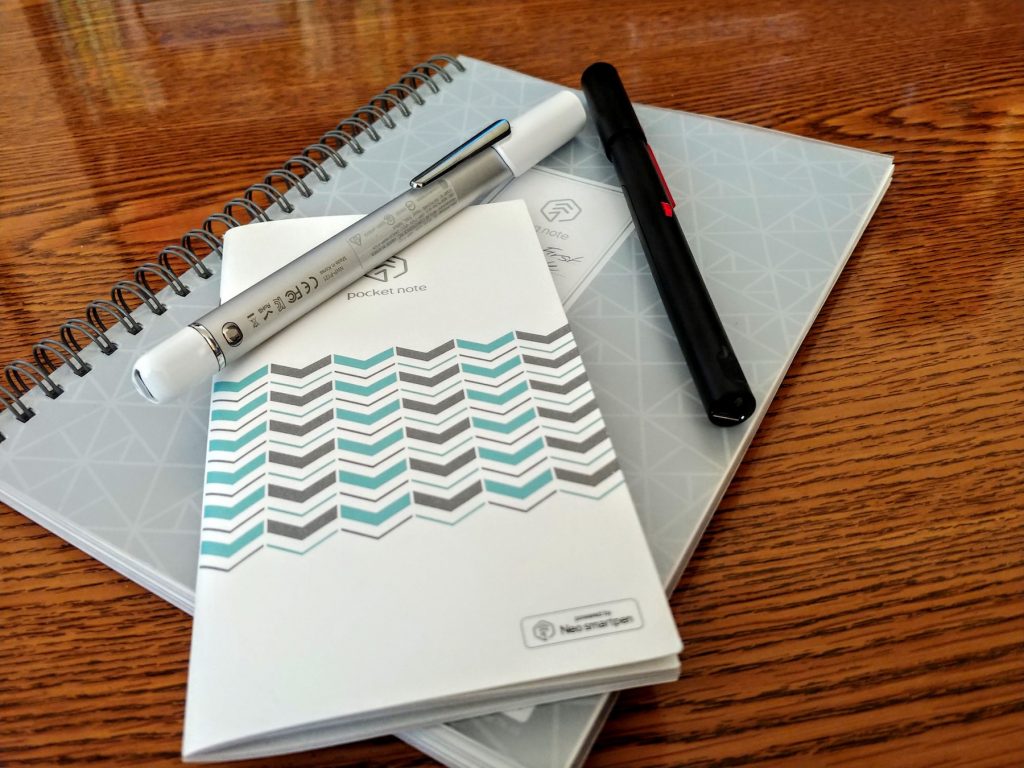 NeoLAB clearly did its best to design a smart pen that still feels like a normal ballpoint. And in that, it certainly succeeded; the fiberglass body of the M1 feels no different than any other run-of-the-mill ballpoint pen. And while that may be great for some, I prefer to have a pen that feels like an instrument, rather than a piece of plastic. The N2, however, is an all-aluminum body with real heft that scratches that premium itch.

The M1 comes in five colors: Black, Navy, Grey, Red, or Yellow. All feature rather “loud” secondary accents; red, yellow, neon, white, and brown, respectively. If I had my way, my NeoPen would’ve been matte black aluminum, with no accent colors – fortunately, the N2 delivers on that with either aluminum or black styling. 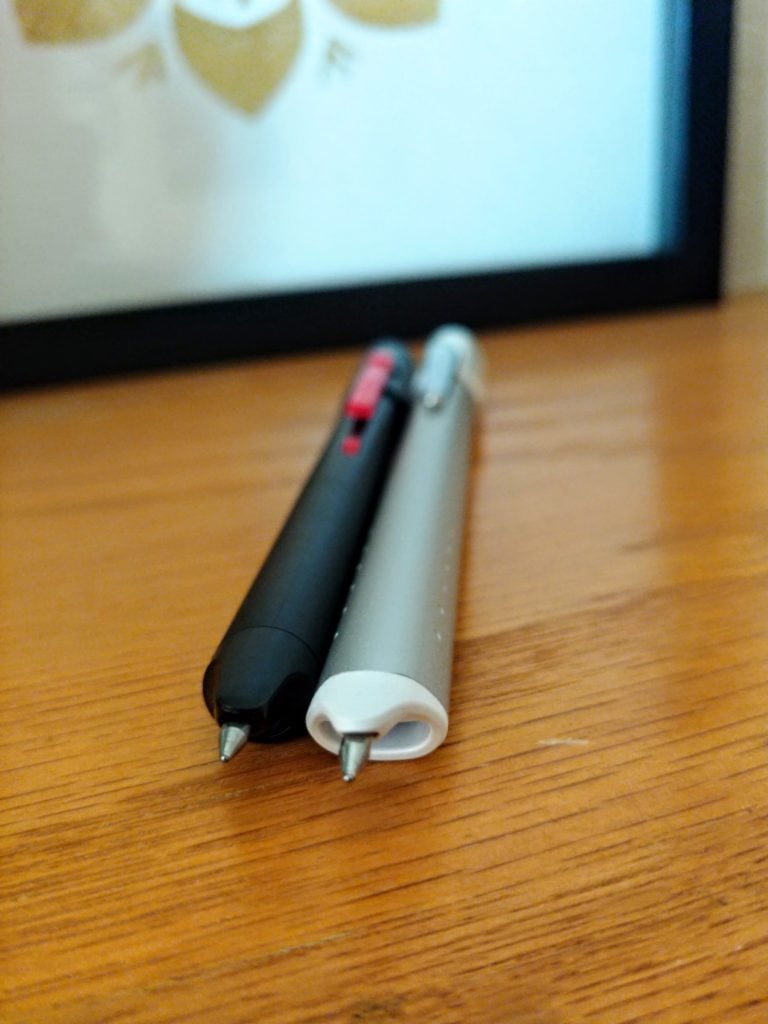 While the body and design of the M1 are nothing to write home about, it’s very light (17.4g) and durable thanks to its fiberglass construction. Both the M1 and N2 use standard D1 refills, making them cheap and easy to keep filled. Interestingly, the LEDs on the back end of the pens are multicolored, rather than your run of the mill red-green LED. The result is some nifty status indicators and patterns that play for various occasions. It’s a cute touch.

At 280mAh, the internal batteries on NeoLab’s NeoPens are pretty small. As such, they charge quickly (just 90 minutes for a full charge using the MicroUSB port on the back of the pen), but support 6 hours of continuous use or 125 days of standby power. The pen powers on when you remove the cap, and likewise powers off when you re-cap it. Additionally, the pen goes into standby mode when it hasn’t been used for ten seconds – it comes out of standby automatically when you start writing again.

Overall, it should withstand all but the most extreme writing marathons – and even if you manage to kill it, you can just plug it in with any MicroUSB you have laying around. One thing I’d love to see in the next generation of NeoPens is an inductive charger on the side of the pen, similar to a smartwatch – maybe even Qi support. I think that would be pretty cool.

The technology that backs the NeoPen is rather impressive. It’s really two or three pieces of technology that work in perfect sync to deliver on its output. There’s a built-in scanner under the barrel of the pen that scans what you’re writing, as you’re writing it. In addition to scanning your writing, it also reads a micro-printed coding on the NeoLAB notebooks and paper that detects which notebook you’re in, which page of that notebook, and which line on that page. It’s all very, very cool. Unfortunately, this means you can’t use any other kind of paper with the NeoPen if you want it to work properly, but – as we’ll talk about below – there are other options to use your NeoPen.

But How Does it Work?

You tell me. The above section was written entirely with the NeoPen M1, exactly as-is – all I did was copy, paste, and format. As you can see, it works pretty well, detecting bullets, hyphens, and non-standard English words.

I’d say 90% of my experience with the M1 has been pleasant. It’s accurate and precise, and its transcriptions are fairly accurate as long as your handwriting isn’t awful. That other 10% was a defective review unit that produced some rather odd results. The replacement unit that NeoLAB sent me, though, works perfectly with no trouble.

By and large, though, that shouldn’t be a problem. In the week I tested the M1, that was the only hiccup I encountered; every other occasion handled like a dream. The pen reliably recreates the notes you write on paper, digitally, and then has the ability to transcribe them. 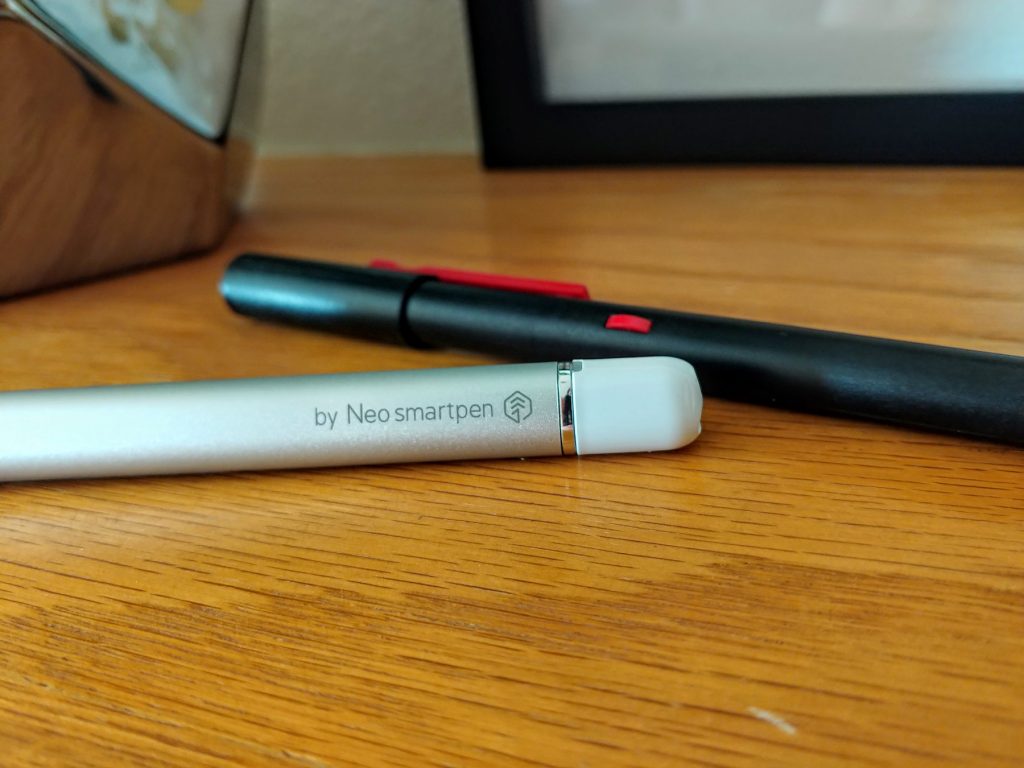 Unfortunately, the transcription is a bit limited right now. The app creates a digital version of your handwritten notes, but it has very limited formatting, sharing and no backup support whatsoever. This can all be fixed via software update of the NeoNotes app, and I hope the functionality is added. Being able to transcribe notes is great, but unless you can actually do something with those notes, it becomes less useful.

What I’d like to see is the ability to backup our notes via Google Drive, in multiple formats; Raster, Vector, Text, and PDF. You can currently share your notes in these formats, why not back them up that way? I reached out to NeoLAB for any comment or insight – I’ll let you know if we hear back from them.Try not to let these samples dissuade you from giving the NeoPen M1 a try. It’s not 100% reliable, but it’s close enough to it that it’s an asset to those that prefer to handwrite notes. For instance, at my day job I don’t have the luxury of using a computer, but I have plenty of downtime to write. As such, the ability to digitize my notes automatically – and transcribe them – is invaluable. It saves time retyping my notes, instead allowing me to simply copy, paste and edit.

UPDATE: Looks like automatic transcription format and upload are planned features, but not on the roadmap for 2018. Shame. 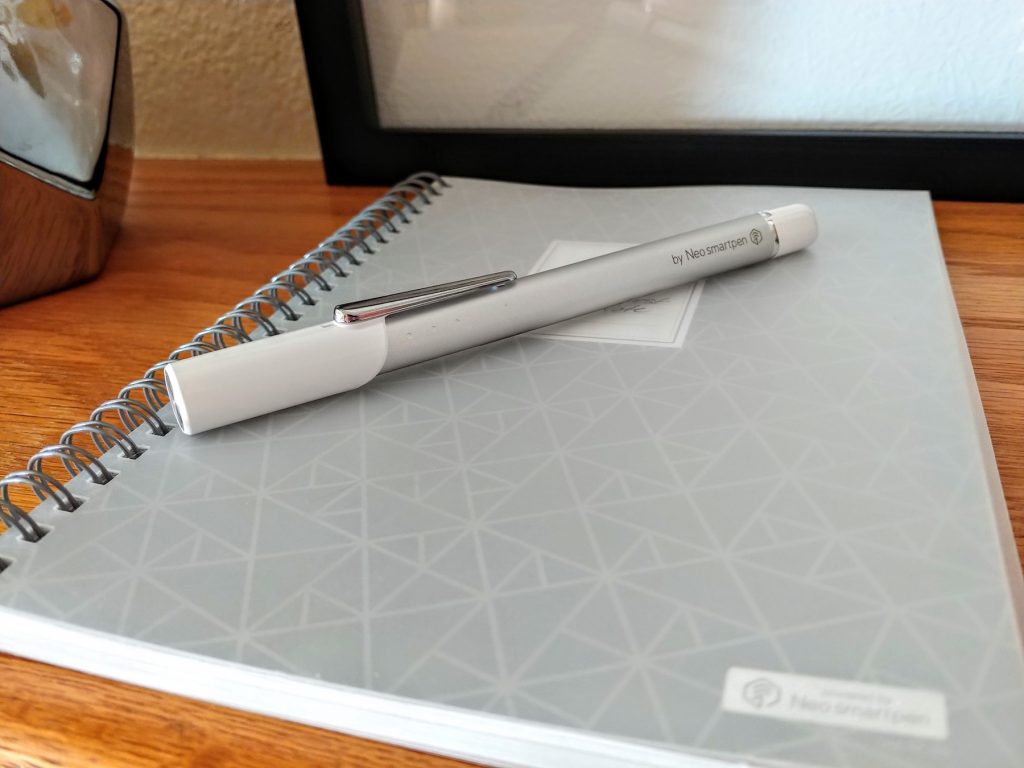 NeoLAB has a great selection of notebooks and folios compatible with the M1, including Moleskine – a personal favorite for notebooks. They have college ruled, standard, memo, pocket, planners, and professional – which features a faux leather cover and half-ruled, half-blank pages.

Additionally, NeoLAB designed printable PDFs in various styles to print your own Ncoded pages. There are a lot of formats, including Plain, Grid, Dot, Landscape, Manuscript, Checklist, Cornell, Meeting Minutes, Log Sheet, Letter, A5, and A5 string. Very clever.

While this won’t help you create your own Ncoded Code & Quill notebook (for example) it is nice to know that it’s not a requirement to buy proprietary notebooks in order to use the Neo Pen.

If you hand-write notes frequently, the ability to transcribe them seamlessly and automatically is well worth the $130 (plus notebooks) cost of entry. If you don’t write much by hand, you may find this price tag to be too high. I fall into that former group, so you bet I’ll be using it – and probably investing in one of those fancy leather folios.

With the exception of the error I had earlier, the NeoPens performed admirably. In fact, every word of this review was written with the pen, and then formatted manually. I’d say it cut my writing time in half or so, when compared to manually transcribing.

Digitize your notes with the Neo smartpen N2 (Review)