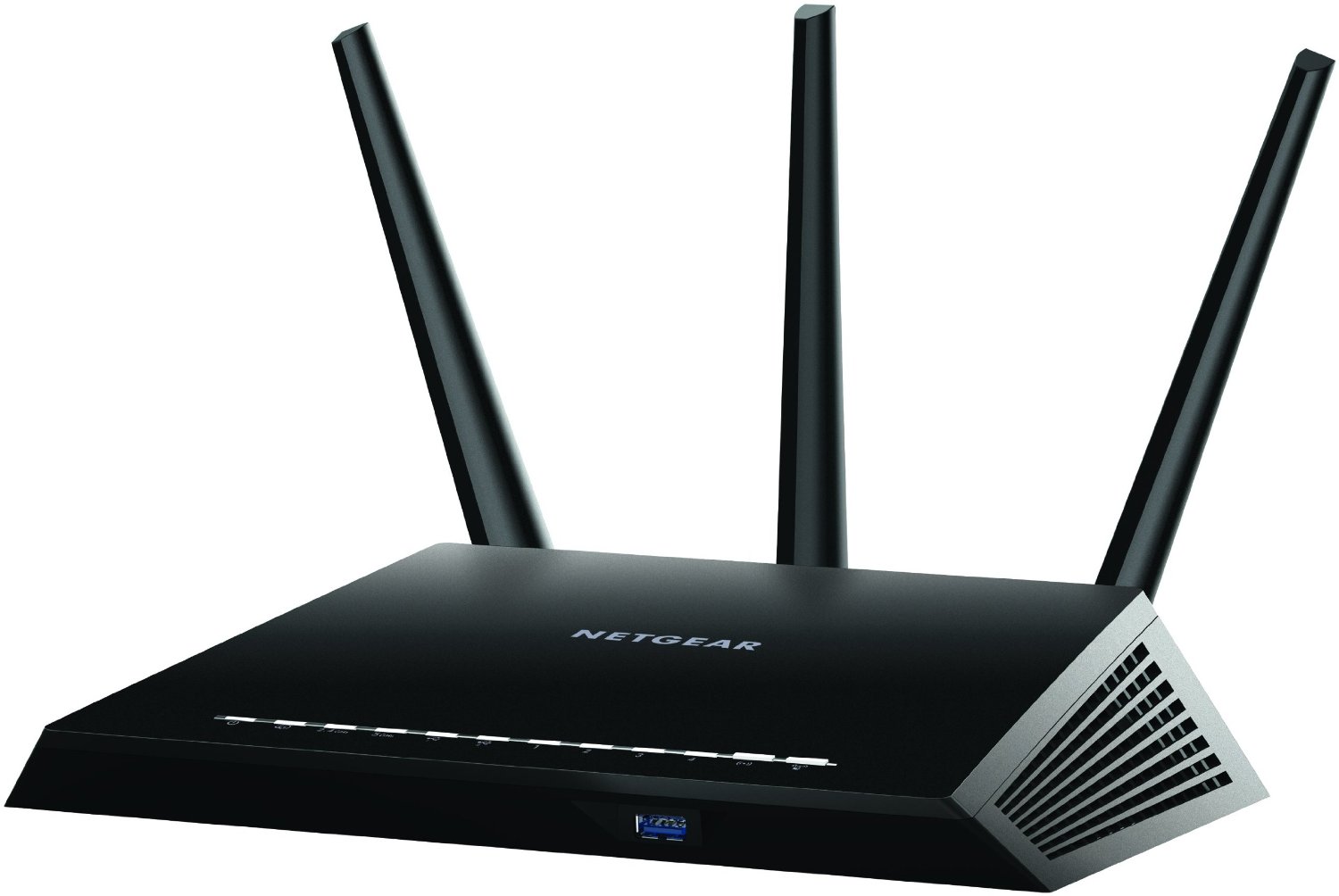 Today we’re looking at the Nighthawk, one of Netgear’s mot recently released routers to feature dual-band 802.11ac connectivity. Looking every bit like a stealth fighter of the same name, it’s not something you might expect to see in an office environment. Forget that old rectangle stuff of years gone by, this mean mother is here to deliver lightning quick internet over 2.4GHz or 5Ghz bands.

Before going further, I will advise readers that I have not spent much time testing or playing with other routers in this area. What drew me to this particular model, however, was its priority streaming and Android applications. Specifically, I was attracted to a router designed to handle multiple connections at once, with some over mobile devices, streaming video, or Xbox 360 online gaming.

At a high level, the R7000 Nighthawk can be optimized if multiple devices are being used at the same time; the router gives more bandwidth to a device that is streaming media as opposed to one that is merely sipping data.

Weighing in under two pounds, the R7000’s sits horizontally on your desk; wall mounting is also optional. The wide base and rubber bottom ensure it doesn’t slide around or get tipped over.

Setup was incredibly easy for this router as we literally took it out of the box and started plugging things in. In fact, when I first set out to install this device I was using only Chrome connected devices in the office. Seeing as how the Windows PC/laptop were not around that day, I wondered what sort of configuration was necessary. Would I need to install drivers or mess with network settings? As it turns out, it was quite simple to plug and play here. With that in mind, I did go back later and make adjustments when the laptop returned to the office. I am not necessarily condoning you do the same with yours; follow the instructions and you’ll be just fine. 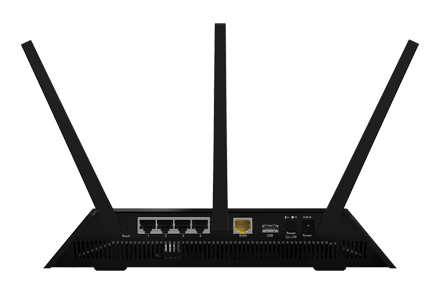 The R7000 supports up to 600Mbps at 2.4GHz and up to 1300Mbps on the 5GHz band, both of which were much faster than anything I use here. Given the way carriers are increasing bandwidth speeds, however, I like the peace of mind in knowing it’s going to work over the long haul. Internally, and for what it’s worth, the router has a  1GHz dual-core processor, 128MB flash memory and 256MB RAM. Tinkerers will relish in the fact that they can actually be flashed with open-source firmware.

While the front side shows all of the activity with lights and a USB port, the rear hides everything else. Here’s a quick list of all ports and connectivities in the R7000 Nighthawk:

To reduce interference in the 2.4GHz band, the front-facing USB port is the 3.0 standard. Both the front and rear allow for printer connections and USB storage, something I came to quickly appreciate.

After the initial setup process was finished, I was directed to launch a browser which told me everything was good to go. It was here that I could simply go about my business or head to Netgear’s website for grabbing other apps and/or manage my account and setup. Skipping these the first time through didn’t cause any problems and I was able to configure settings rather easily. 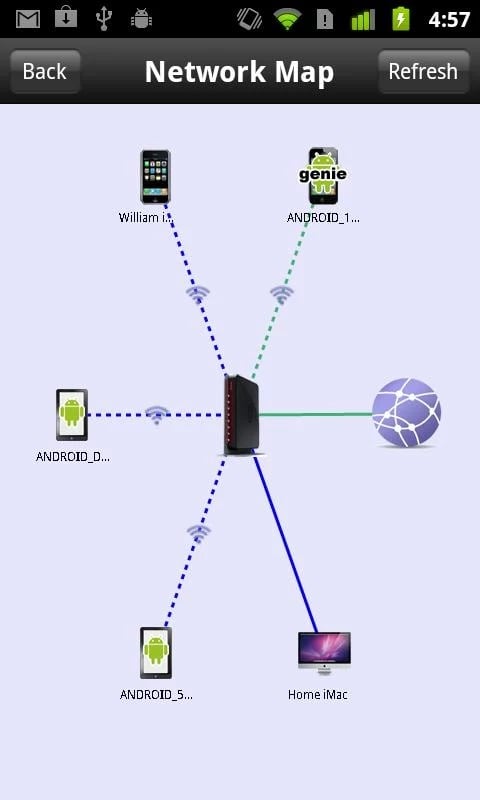 One of the standout features in the Nighthawk R700 is its Advanced QoS. For those who stream a lot of video or play online games you’ll want to go in and tweak the settings to allow for this option. Once enabled, it automatically recognizes & prioritizes streaming & gaming applications over the 2.4 and/or 5GHz bands. My family loves to watch Netflix, play Xbox Live, download music, stream multimedia, and generally consume data. I loved being able to set priority for apps and services like YouTube, Netflix, or online gaming. The best part here is that other devices and experiences in the home and office did not suffer or appear to lag. Speaking of which, those considering an NVIDIA Shield will appreciate that the router is optimized for NVIDIA GameStream.

As I mentioned before, I have not tested other routers in this manner. Keeping that under consideration, I did notice that the NightHawk held better range and generally faster speeds than the router that came from my provider. This was to be expected, of course, but the QoS really sold me after I saw how much quicker things buffered and connected.

Thanks to the Beamforming+ technology in the router I was able to enjoy strong signal strength and speeds at much greater distances. Once I relocated the router (see below) to a different part of the house I noticed I could go much further in just about any direction without losing connection.  Without doing hard measurements I would estimate that I was able to double the distance in the back yard and sometimes more. Instead of your normal router just broadcasting a halo of Wi-Fi for all to grab, this tech puts your device in direct contact with the router.

I also liked my experiences with Netgear’s mobile applications. The two I played with in this instance were NETGEAR Genie and NETGEAR WiFi Analytics. The former provides a whole host of options that would normally require sitting down at a traditional computer. It’s here that you can adjust parental settings, set up guest connections, share media from a USB port, and more. It’s not the greatest looking app in the world, but it works better in a mobile experience than I expected. As for the Wi-Fi Analytics app, it lets you test your connection speeds, signal strength, and search for interference. It was using this app that I learned that the office was not exactly the best place to keep the router. Using these two alone, I felt more in control of what my network could do and how I could better manage it.

As someone who tests a lot of different devices, and already has quite a few in the house, I was thoroughly impressed with the Nighthawk R7000. My previous router would go through spells where I had to reset it a time or two per day, sometimes over a week or longer. I couldn’t say for certain, but I believe that was related to having so many things attempting connections at once. What’s more, it would drop things on a whim, such as SONOS and the Smart TV features. I am happy to report that since installing the Nighthawk those problems have gone away. Further, our streaming video experience is better than ever without smartphones and tablets feeling the impact.

I wish I could dive deeper into aspects such as how the 2.4GHz and 5GHz bands performed comparatively or how throughput fared on either connection. If you’re looking for an in-depth review of the internal components as well as benchmarks and comparisons, definitely read the SmallNetBuilder review. Suffice it to say, any Wi-Fi connected device that comes into the house now is able to connect much quicker and without dropping. The mobile apps provide added benefits to those with smartphones or tablets in the home/office and QoS seriously delivers on its promise.

You can purchase the Nighthawk router for roughly $200 at a variety of locations, including Amazon, Best Buy, and Target.