As someone who spends much of his day working from the Chrome OS, I have become a huge fan of clouds. Be it Dropbox, Google Drive, or something else, I am quite fond of being able to access my files from wherever I happen to be.

I recently spent time with the Netgear ReadyNAS RN102, a 2-bay connected device that functions as a personal cloud. With up to 8TB of storage, it’s certainly enough space to hold music, movies, photos, and other media. And, given the numerous ways in which we can now cast our media to a television, I’ve fallen fast in love with the device. 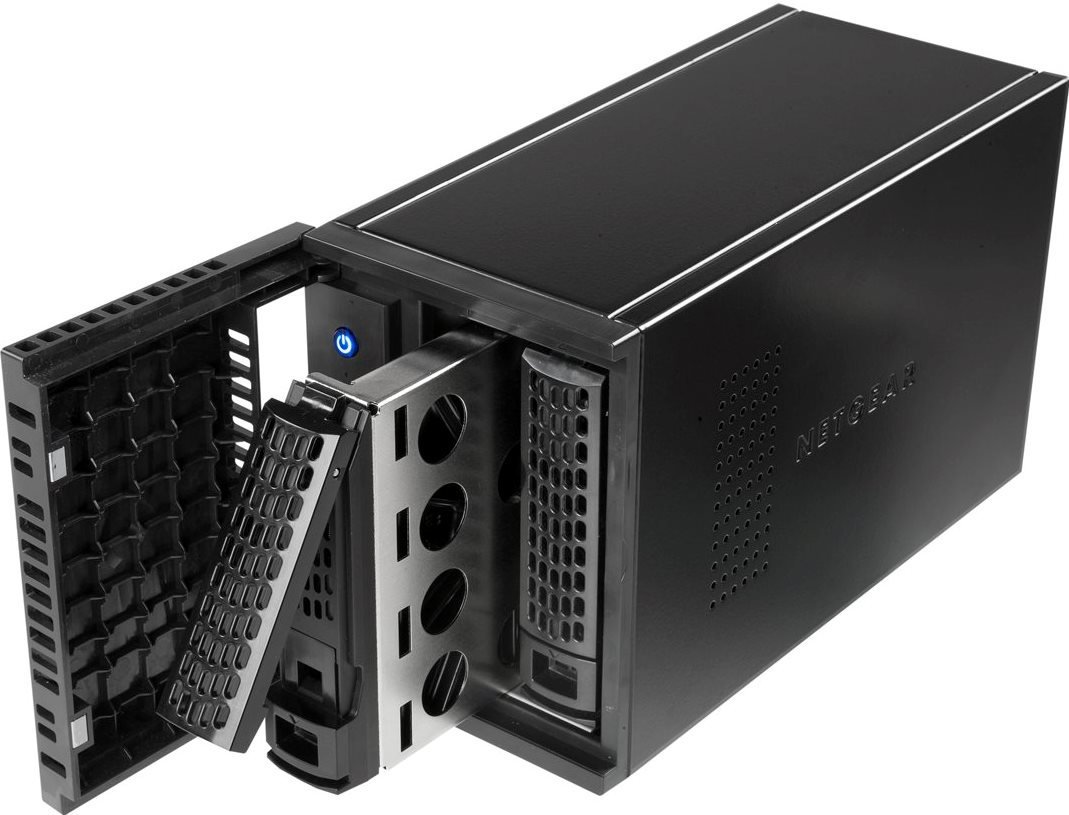 Powered by a Marvell Armada 370 1.2GHz processor with 512MB of RAM, the provides hotswappable and easily installed drives. Pulling one out and replacing is done as simply as one might eject a VHS tape.

Other specifications for the ReadyNAS RN102 include one front-side USB 2.0 port, two (rear) USB 3.0 ports, an eSATA expansion slot, and Gigabit LAN port. Weighing roughly two pounds, it’s small enough to put on a desk or stand next to your router or computer tower. The ReadyNAS RN102 is a quiet device and makes about as much noise a traditional external hard drive.

I’ve not had previous experience with network attached storage so I went into this as a complete newbie. With promises of easy installation and usage, I was eager to try this out. What I found was that the ReadyNAS is as simple to set up and get going as putting in a new router.

The ReadyNAS OS 6.0 reminds me a bit of what Apple might do in terms of layout and design. To that end, it is a no-mess-no-fuss setup that doesn’t ask for a bunch of details like IP addresses; no additional software is required.

While the desktop software is gorgeous, the accompanying Android app is downright ugly and outdated. The last update was in October 2012 so you can expect to run into bugs and errors. With that said, it does get the job done for the most part. If you’re looking for and Android client to access your files from back home or the office, this will do. You can upload photos, download music, share data, and other cloud-based functions.

As mentioned above, I have not had any previous experience with a device of this sort so I cannot compare write speeds, data transfer rates, or any hard comparisons. If you are the type who wants to get into nuts and bolts I suggest checking out the review over at Trusted Reviews.

If you’re looking for a smart, easy-to-use solution for backing up files or accessing media from networked computers or a mobile device, you’ll surely be pleased with the Netgear ReadyNAS RN102. The fact that it allows for expansion gives me peace of mind in knowing that I won’t soon be deleting files to make room for new stuff.

Chromecast owners who like to stream movies to a television will appreciate the flexibility and manner in which it works with Plex and other media servers.

As we move into a more cloud-connected world it makes sense to want to own your own data. Specifically, it’s smart create your own cloud own it locally. We’ve got more connected televisions and other devices in our homes and, as such, we want to access our collections anywhere and everywhere. The ReadyNAS RN102 makes all of this possible, and without breaking the bank.