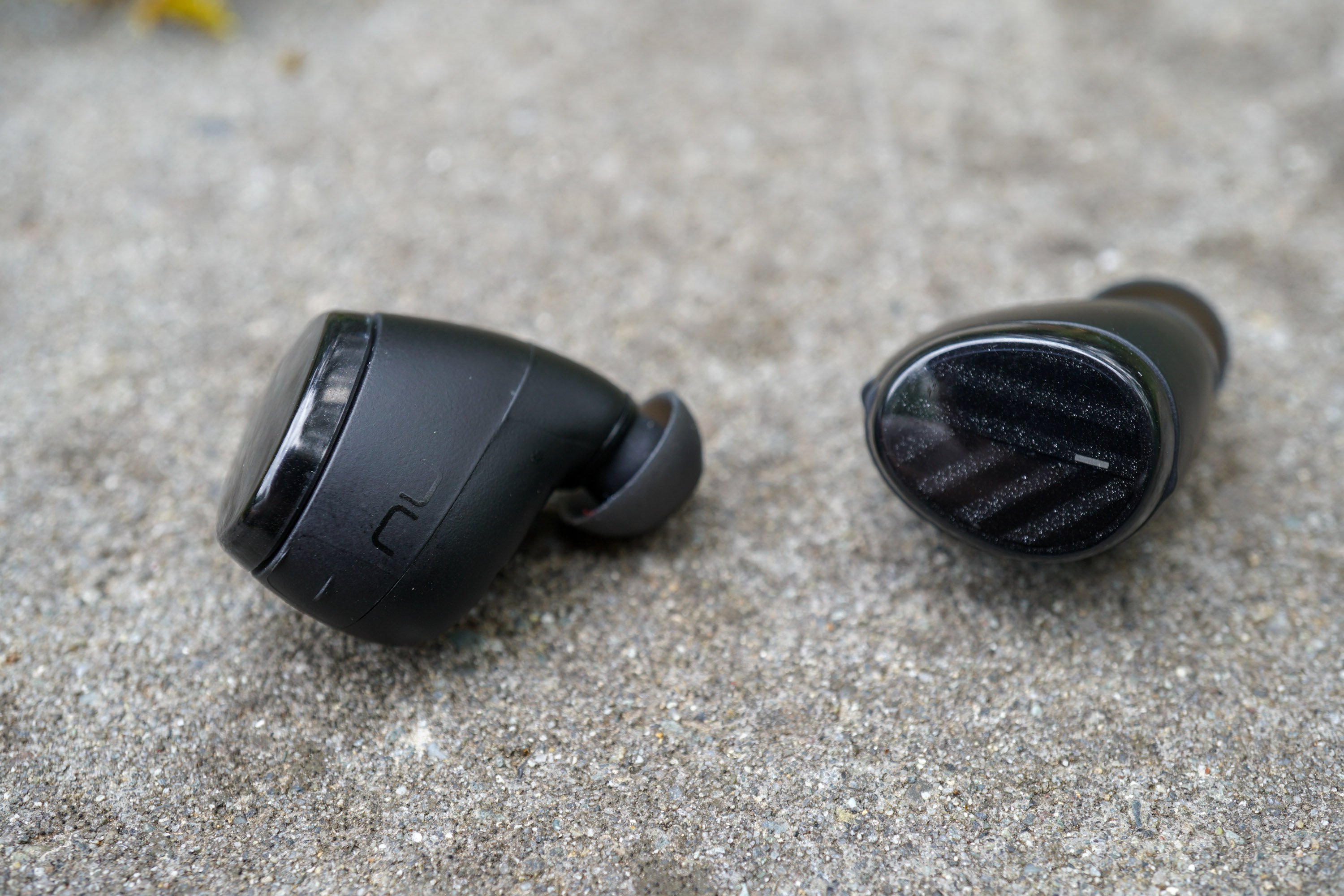 We love the idea of true wireless earbuds. Having absolutely no wires and such a compact headphone is invaluably convenient. If only the functionality was also as noteworthy.

Building earbuds that have everything packed into their tiny earpiece spaces have their engineering challenges, and it shows in even top-end offerings, in the form of short battery life and unreliable wireless connection.

Optoma wasn’t exempt from these troubles with its first crack at it. We liked several things about last year’s BE Free8, such as its notable aptX-capable sound quality, but couldn’t look past some of its questionable functionality (primarily, too many Bluetooth signal hiccups). Well, the company has had time to work on it, arriving in the form of the more affordable BE Free5. Is this a memorable case of more for less? Let’s find out. 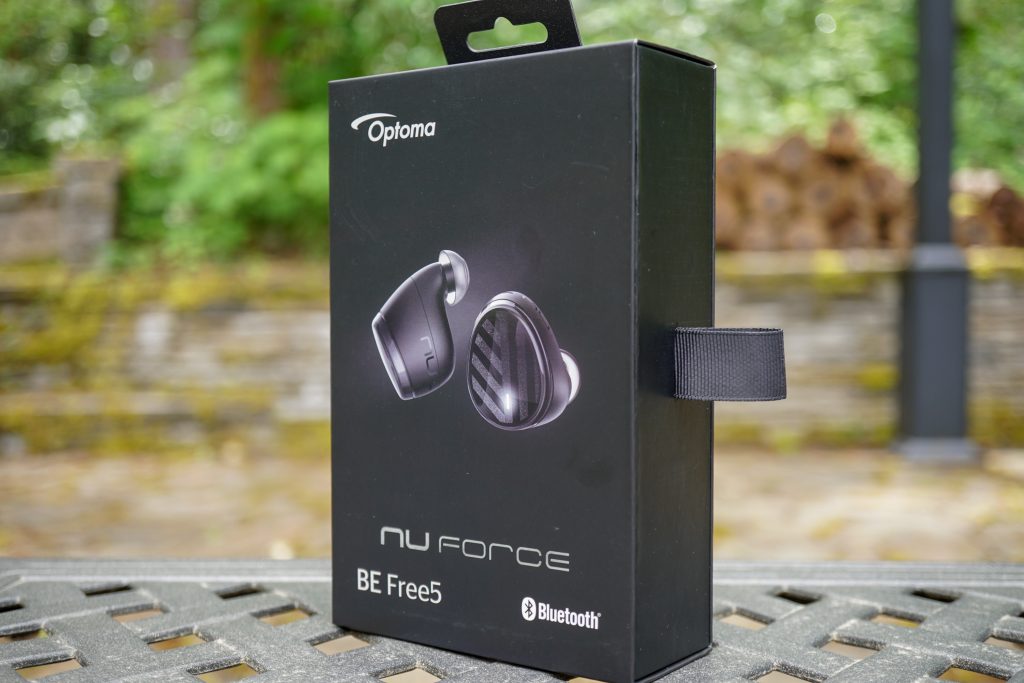 Despite closely following in the Be Free8‘s footsteps, the Free5 is a different animal from a design perspective – some for the better but not all. For instance, it’s more blocky in shape than the streamlined, tapered Free8 earpieces. This also means a bit more girth in depth (but in turn, thinner width). 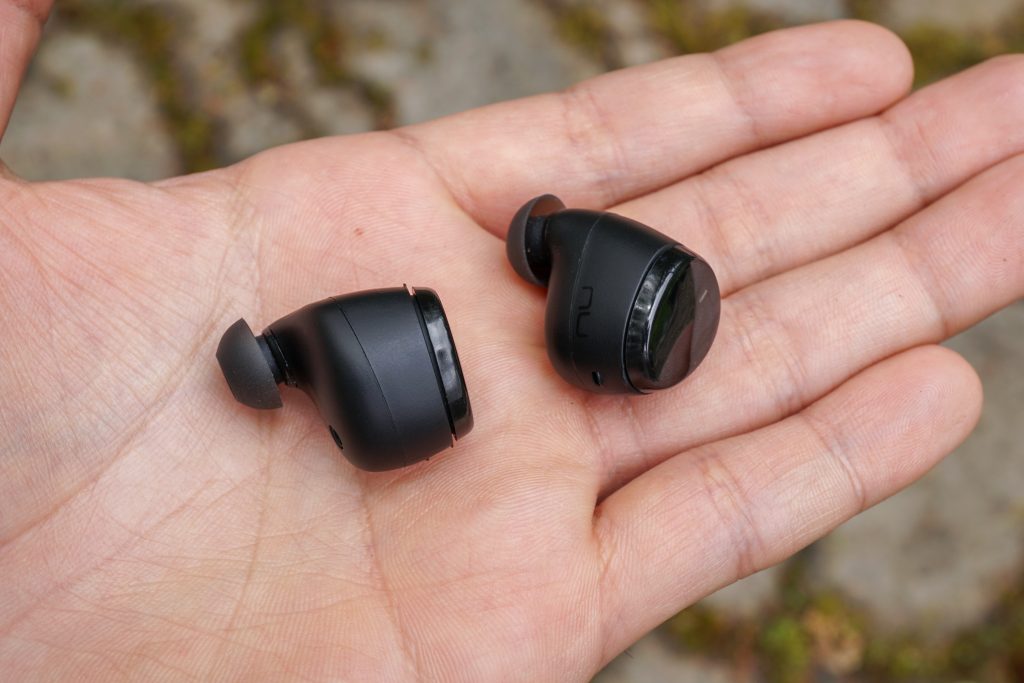 So they stick out a little more on the ear than the contoured Free8 earpieces, but it ends up being of little consequence. Optoma was carefully to make sure they’re still ergonomic and don’t fall out of the ears (more on usability later).

The primary smooth chassis feels similar as before – sturdy but pretty standard hard plastic. A big design difference is that Optoma cut back on the glossy plastic cap. This is a move we prefer, as that plastic on the Free8 felt cheap. But that’s not all.

The scored texture is also gone in favor of a striped pattern underneath the transparent cover. It’s a grainy and silvery finish that shimmers at the right angle of light. We think it’s a lot classier than before and serves as a unique touch.

This design cue is also cohesive with the finish of the carrying/charging case, which has undergone the most drastic change – and we’re really glad about it.

The Free8’s case was completely made of the cheap-feeling and smudgy glossy plastic. Not only is it now matte, but Optoma sand-blasted it entirely, resulting in a grainy (almost sandstone-like), shimmery, and premium-feeling texture. It’s fabulous, and it feels sturdy too. We only wish the slimmer teardrop form of the Free8’s case was maintained, but it’s not a big deal.

A benefit of modified design is that the earpieces are easier to remove from the case. The slippery caps of the Free8 made this frequent operation a minor annoyance. Additionally, Optoma listened to the gripes about the flimsy insertion of the earpieces. They now magnetically latch onto their corresponding silos.

Turn the case around and you’ll see how to charge it. We always cry a little bit when we continue to see a microUSB port instead of the current USB-C, but it’s acceptable in lower-costing devices, which the Free5 is.

Optoma decently packages the BE Free5. Namely, we appreciate the use of SpinFit ear tips, which are highly-regarded for their fit (their stems flex to suit different ear canal shapes).

Still, we always like to see the option of foam tips. Silicone tips don’t isolate sound nearly as well. Something additional that we didn’t see with the Free8 are different sizes of ear fins. These hug the ear for an extra secure fit.

Speaking of the fit, it was a bit of a mixed bag for us. For some reason, the SpinFit tips that Optoma opts for are shallower than those packaged with the Free8. This makes getting an appropriate ear canal seal trickier than it should be. We managed an acceptable seal with the larger tips, but it’s borderline (i.e. the seal breaks with mouth movements).

Fortunately, the earpieces are shaped well to stay in place, so the seal shouldn’t rock with head movement or exercise. We were able to confidently work out without the ear fins with no worry about the earpieces falling out. However, we noticed that these bulkier earpieces aren’t as comfortable as the Free8, especially during longer listening sessions.

The Free5 continues Optoma’s single-button playback control method. But instead of a tiny button atop the earpieces, now the entire cap depresses for the function(s). We welcome this change (mostly).

The buttons are definitely easier and more natural to press. But the area is so large that you’ll press it frequently by accident. This is especially when you don the earpieces. You have to get a habit of only grabbing the sides when you’re seating them, or you’ll be pressing the buttons like crazy.

We’re not a fan of the complicated system of controls. With only one button, you have to learn what different kinds of presses do. What’s more, the left and right buttons can have different functions. For instance, double-clicking the left button skips the track but double-clicking the right toggles the phone’s virtual assistant.

What’s additionally not intuitive is the LED indicators. There’s one on each earpiece, and two on the case. They flash between white and orange, and all have a different indication.

On the earpieces, what you essentially need to know is that they’re solid orange when charging and alternate white/orange when in pairing mode.

Although the two case LEDs look the same, they indicate different things. The left one lets the user know if the battery level of the charging case is below 25% (will flash orange when you open the case, or flash white if above 25%). The right LED just show the charging status (orange if currently charging and white if fully charged).

None of these things are complicated, but you do have to do some learning before you know what the heck is going on.

A big contention with Optoma’s first crack at a true wireless earbud was the finicky Bluetooth signal. We noted plentiful drops in our review of the Free8, making us hopeful that it would be addressed in this follow-up model.

While the Free5 is not completely free of hiccups, we’re happy to report that the connection is drastically more stable. Even with phone in pocket or walking a few feet from it, the playback is largely uninterrupted.

As for technical specs, we have pretty common features. On a charge, the earpieces can last up to four hours, which is average for this kind of wireless earbud. The case has enough capacity to charge them four times over (so 16 hours total with a full case). And Optoma didn’t forget about designing the Free5 with IPX5-rated water resistance.

One of the Free8’s standout features was the inclusive of aptX support in its chipset. This wireless audio codec can be found in many Qualcomm-powered smartphones these days, allowing for a higher bandwidth channel (up to 352 kbps).

Alas, aptX was forgone in the Free5; but Optoma doesn’t leave us hanging. It does support the AAC codec, which is still better than standard bit-rates. Also, the Free5’s driver diaphragm is said to be made from a new graphene material that’s lighter in weight and responds more quickly (retrieving clearer details) than the typical diaphragm.

But more importantly, how does it sound? Pretty darn good for the most part. One of the first things that caught us was the clean sound. The noise floor is surprisingly silent (most earbuds of this type have some level of audible hiss). This makes it easier to pick up the details, which the Free5 has ample of despite the lack of aptX.

The mid-range is more forward than you’ll typically hear, so elements like vocals and guitars really shine. The bass can sometimes be subtle and sometimes show a great deal of body (particularly when there’s a strong mid-bass presence in the track). We appreciate how controlled it is. It’s never boomy or overbearing.

That said, the separation between upper bass and lower mid-range isn’t the cleanest. But we should expect a little muddle in a $99 true wireless earbud. It’s perfectly acceptable in this case.

The treble is decently conveyed. It’s not the most detailed (especially with a clear roll-off of the upper frequencies that you’ll miss out on) but is clean and has a nice presence. You shouldn’t expect much of a soundstage/spacious quality from the Free5. Its airy characteristic does help the sound not be so 2D, but you just won’t get a fuller, encompassing reproduction like that in higher-end earphones. 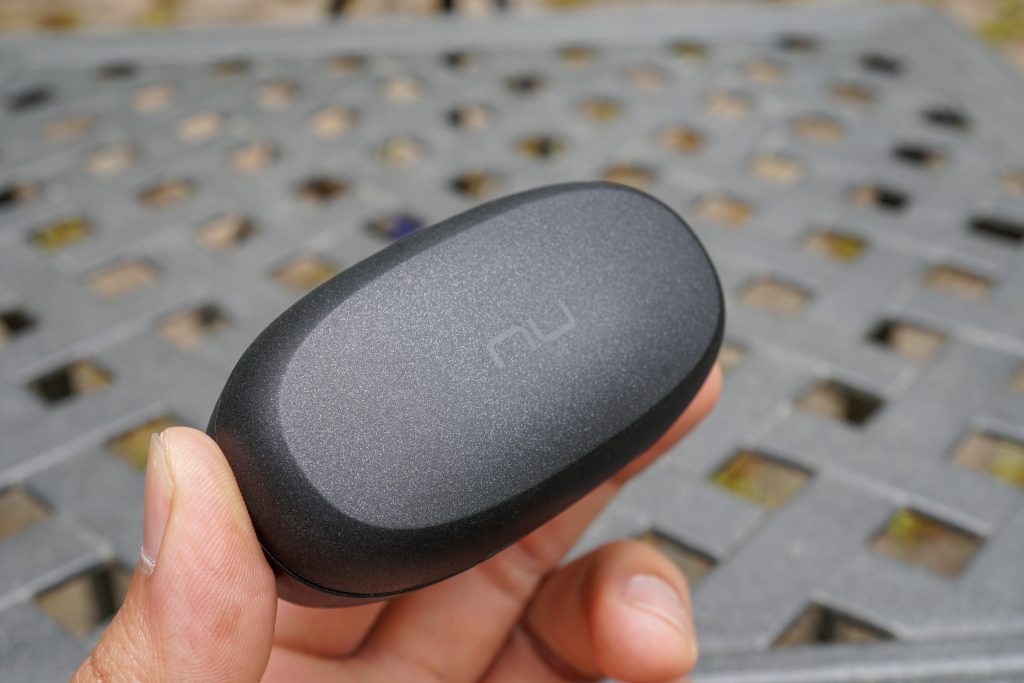 The BE Free5 isn’t a perfect true wireless earbud (then again, none of today’s are). However, we have to keep reminding ourselves that this is just a $79 offering. It’s not just that but the Free5 make a couple worthy improvements from the more expensive Free8, such as its more premium charging case and remedied Bluetooth signal stability.

All the negatives we’ve noted aren’t in deal-breaker territory and can be easily justified by the lower price. We look forward to seeing how Optoma pushes the “value” envelope next.