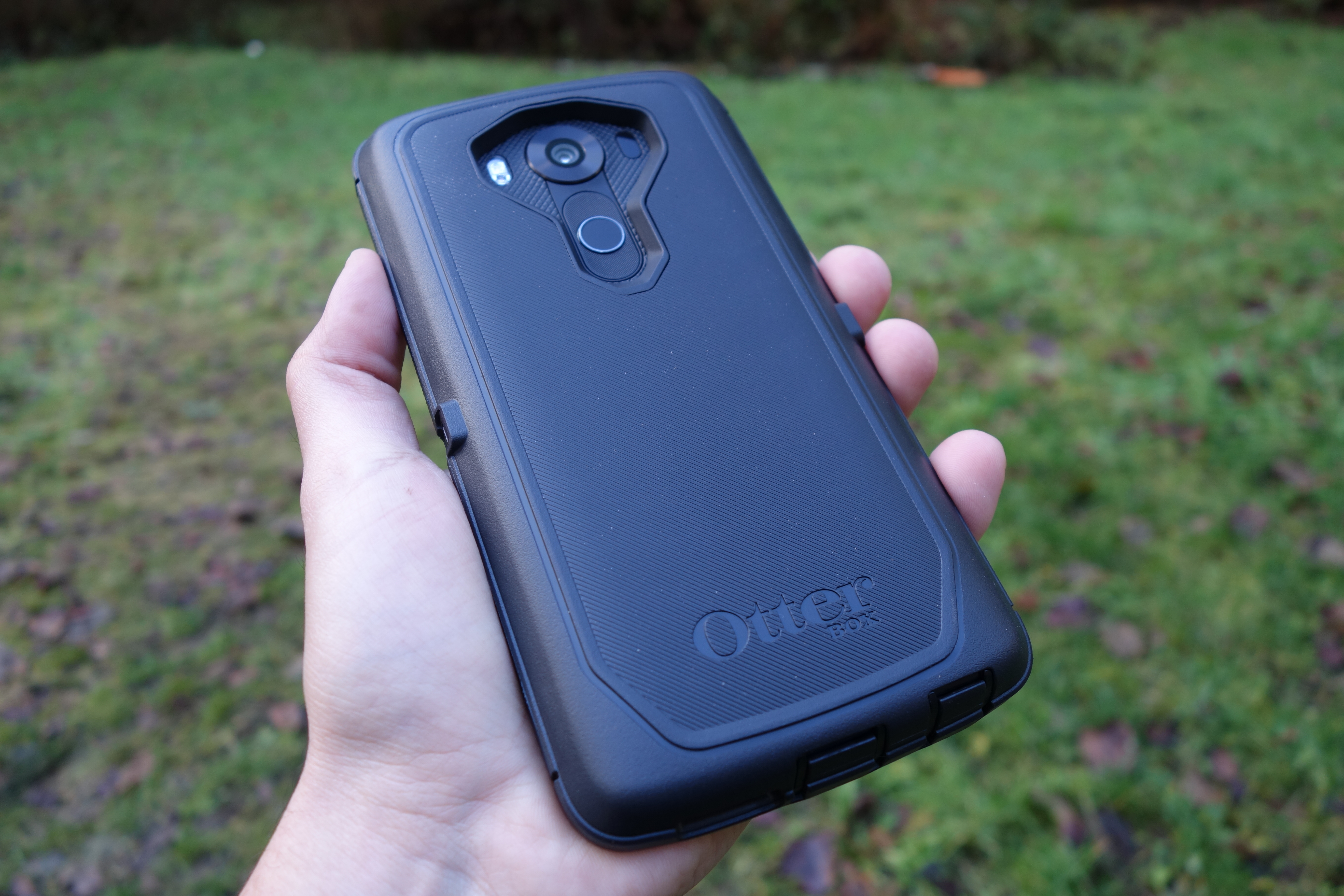 Even when a phone is built tough, like in the case of the LG V10, life can still find ways to ruin it. The front is still dominated by glass. And although Corning has made significant advances with its durable Gorilla Glass, it can still crack with one drop.

Case manufacturers have come to our rescue with varying levels of protection. When we think of the toughest cases out there, a brand name that typically comes to mind is Otterbox. Its Defender series focuses only on keeping your phone safe, sacrificing aesthetics and thinness in the fight.

Otterbox was kind enough to let us try out its robust solution for the LG V10. Let’s check out how well it works.

If you know Otterbox, you know its full-fledged cases aren’t the prettiest around. But that’s not the point. The point is to protect from any danger that could befall your precious (and expensive) device.

The Defender case assembly is made up of three pieces (four if you count the belt holster bit). The outermost layer is flexible and rubbery in feel. It’s obviously thick, which also means that it should be able to absorb a good deal of impact. The inner protective layer is a smooth, hard plastic shell. It pulls apart in two pieces and is meant to encapsulate the phone. The two pieces connect together with snaps all around the assembly. It takes a bit of effort to get it open (there are seven connectors you have to release to pull the shell apart). But tough cases are meant to stay put once they’re installed.

The upper layer (that rests on the phone’s screen) has a protective plastic film. The film feels similar to a typical screen protector. However, it stays adhered to the case and just lays on top of the phone’s screen. 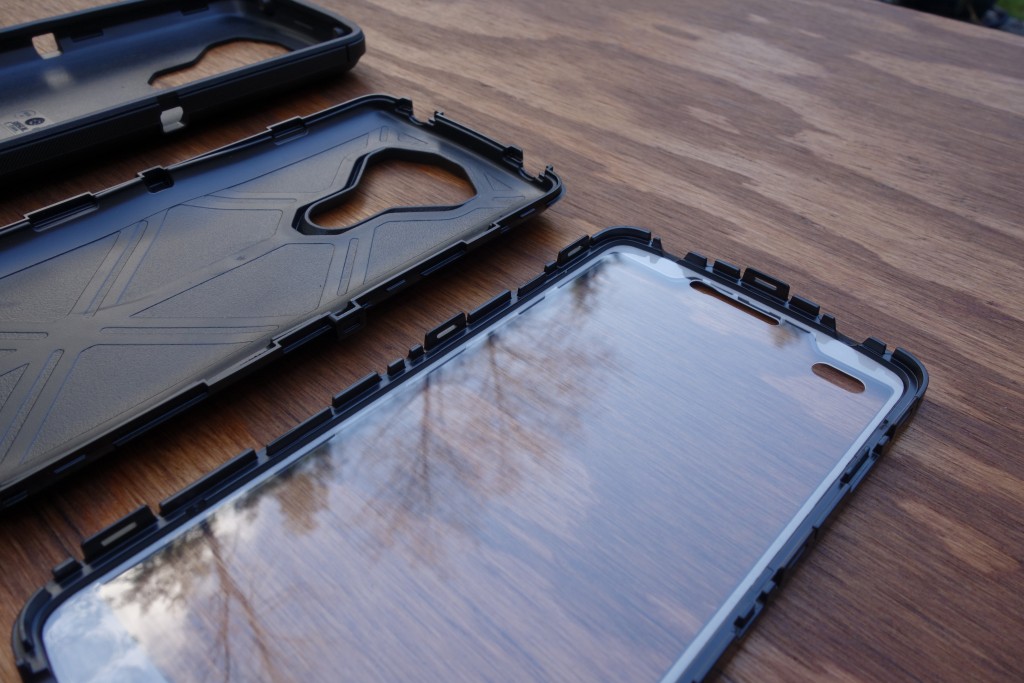 As expected, there are impeccable cutouts for each of the phone’s features. 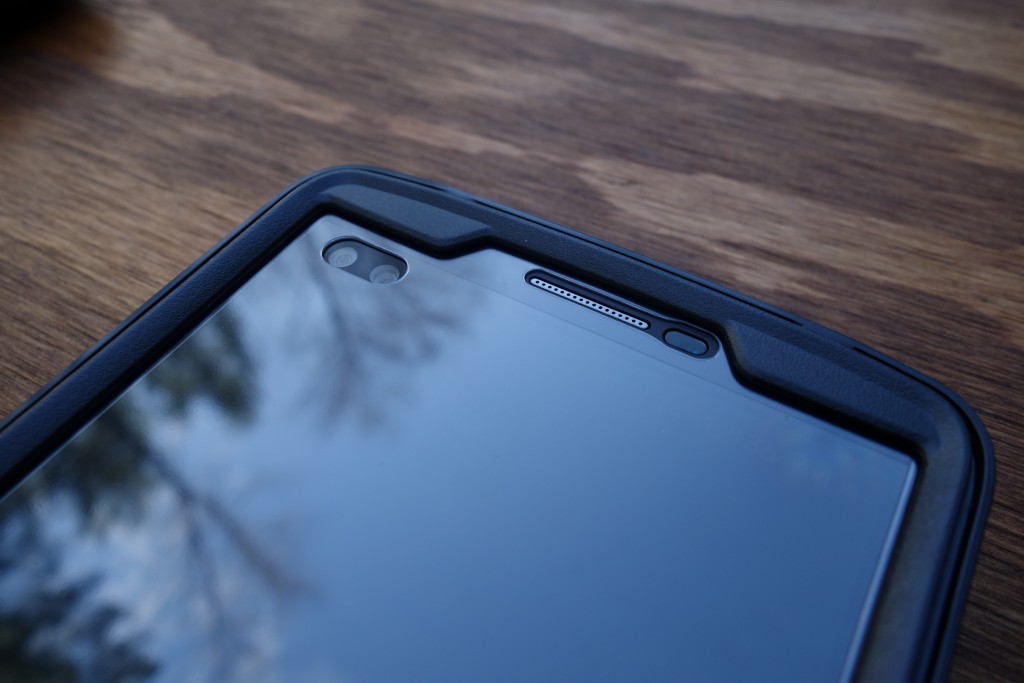 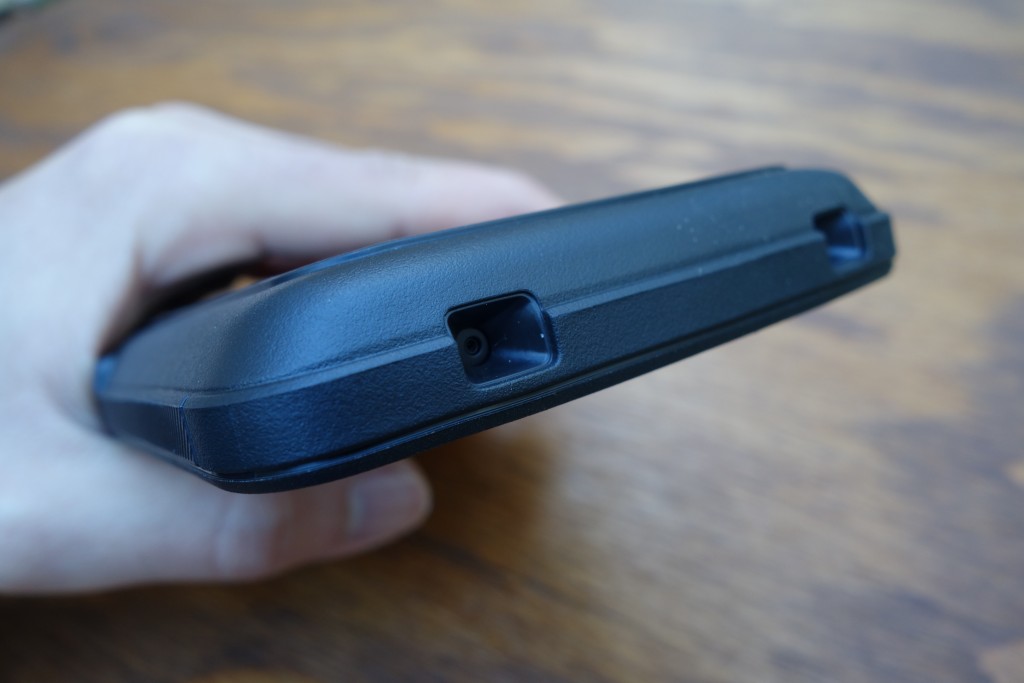 To not impede on the camera and main buttons on the back, there is a large cutout. I’ve had no problem reaching the buttons and fingerprint scanner. For the input (microUSB and headphone jack), there are thick flaps of protection. These work well and are easy to push in and pull out with my fingernail. 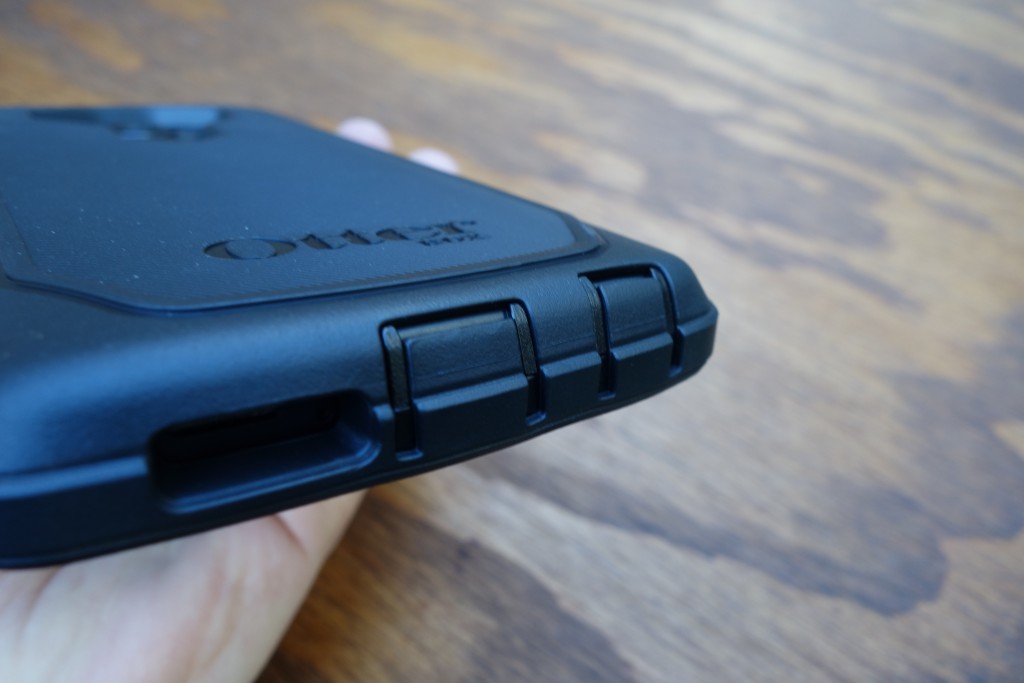 Lastly, Otterbox generously threw in an easily attachable layer that has a belt clip. Some people might find it cumbersome to get this thing in and out of their pocket, so holstering it would be the way to go. There’s no getting around that Otterbox’s Defender case turns your thin phone into a brick. But you shouldn’t go into it not expecting that. The point is that the case will take whatever you throw at it. And it certainly feels that way.

There are several elements on the outermost layer that make the case great to hold. Firstly, the material is rubbery, making grip-ability fantastic. And there are well-placed ridges along the body where your hand most contacts the case. The downsides are of course that a big phone is made even bigger. When you look at the cutouts for the phone’s ports, you see just how much plastic is between the phone and outer surface. 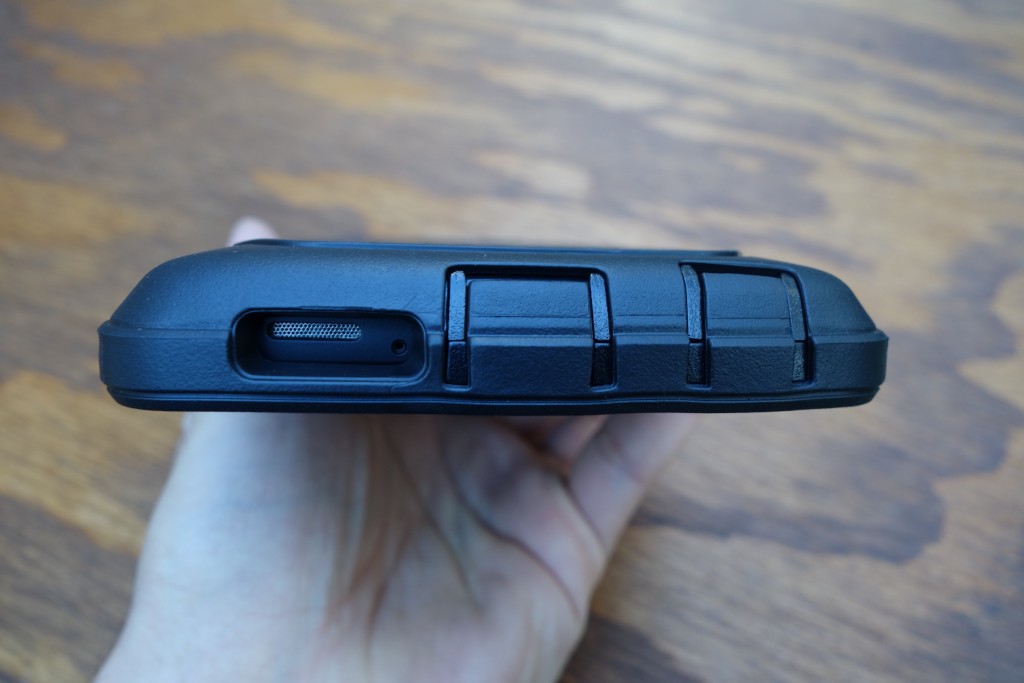 Both the thickness and tallness of the device are increased considerably. I feel like the device now dwarfs my hand.

But the good thing is that I no longer have to fear about dropping the phone. Peace of mind is what you buy when you commit to protection. Otterbox thought of potential mishaps on every angle of this phone.

Despite the substantial plastic film over the phone’s glass, the touch screen functionality works just fine. Being plastic, the feel when touching the film isn’t as nice as the phone’s glass, but that’s another sacrifice for protection.

Also, I was initially interested to know if the film impedes on the image quality of the screen. It does, but fortunately it’s very minimal. Colors looks just a hair duller to me. As one would expect from Otterbox, the Defender case turns my V10 into a tank – in both senses of the metaphor. It has all the protection you could desire to absolutely ensure that nothing happens to the phone, but increases the dimensions of the device drastically.

Phablets are already massive these days, so when you’re considering a tough case like this you need to be okay with the size. But if you’re willing to compromise (and don’t own skinny jeans), the peace of mind you get is invaluable.

The Defender case for the LG V10 retails for $60, but products on Otterbox.com are currently 25% off for the holidays (and free shipping). So if you like what you see, better move on it!