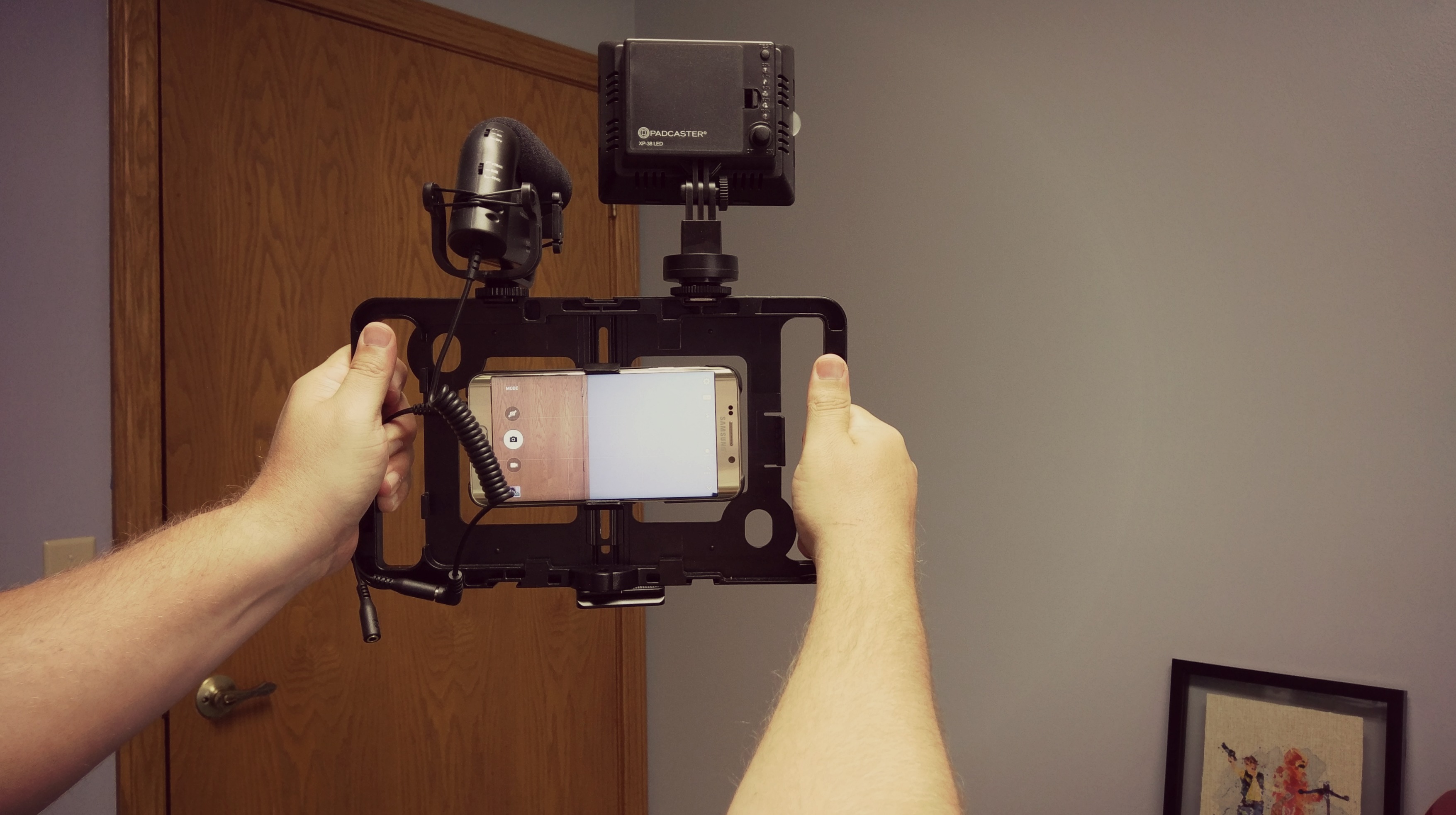 Face it, one of the toughest things about recording video on a smartphone is stabilization. Indeed many of the higher-end devices we purchase today have optical image stabilization and a select few of them are also able to level out your videos. But, if we’re being honest, it’s not easy to hold a phone with one hand and record professional-grade video. 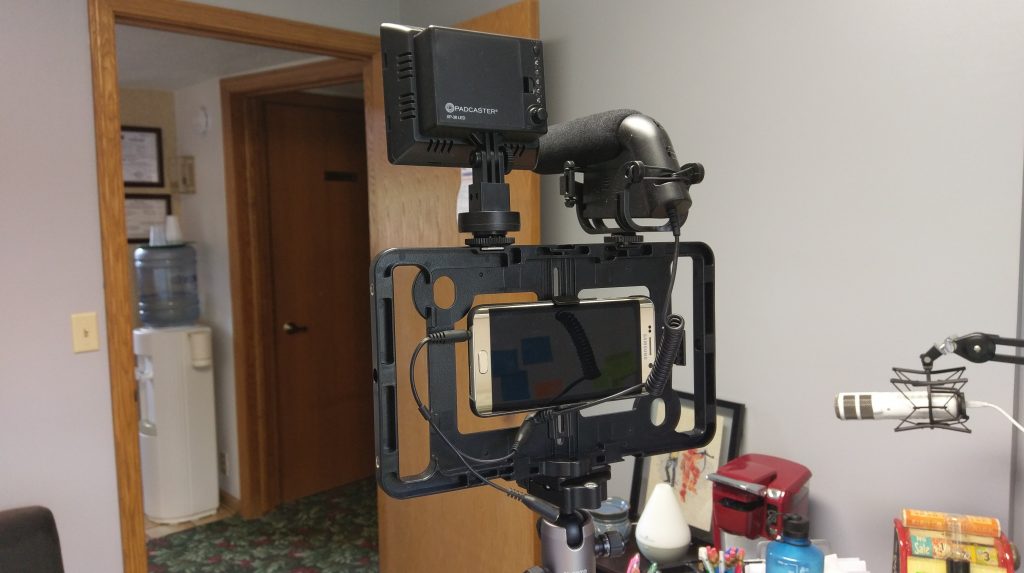 Another issue we face when recording with our phones is the quality of the microphone. Few things ruin a shot like the sound of wind hitting your phone. Worse yet, it stinks to capture an HD or 4K video that doesn’t properly pick up audio. The same argument might be had about lighting. That LED flash on your phone might be a little too much for the shot your trying to nab.

The Padcaster VERSE aims to fix those pain problems as well as a few others. Not only does it work with smartphones, it also does the trick with tablets as well. What does it do? For starters, it lets you lock in your device in a way that doesn’t cover up the microphone or camera. Next, it gives users two side grips to hold onto. Doing so ensures you have a more secure grip on your device with less chance of shakiness.

Next, the VERSE allows for optional accessories which can enhance your video recording. Want to add on a secondary light source? Maybe you need a better microphone that pulls out cleaner and clearer audio. Perhaps you’d like both. The unique design of the frame lets users add in up to five components through the cold shoe slots. Moreover, there are a dozen (yes, 12) threaded slots (1/4″-20) for teleprompters and other accessories. 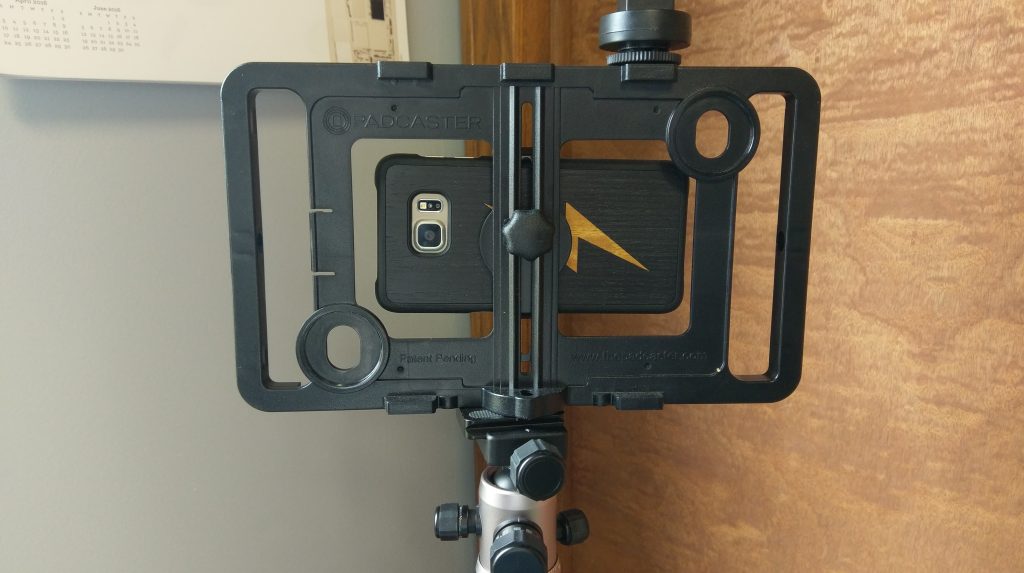 Given the Padcaster VERSE centers around video, you’d not be surprised to learn it also houses a standard tripod mount. Yep, this whole rig can be secured to your existing tripod or monopod.

Thanks to the polycarbonate material of the VERSE, the entire setup is lightweight and easy to hold. Even with a few pieces added on, it’s comfortable to hold. Taking it on and off of mount is a breeze and using it gives users an almost Steadicam-like experience. 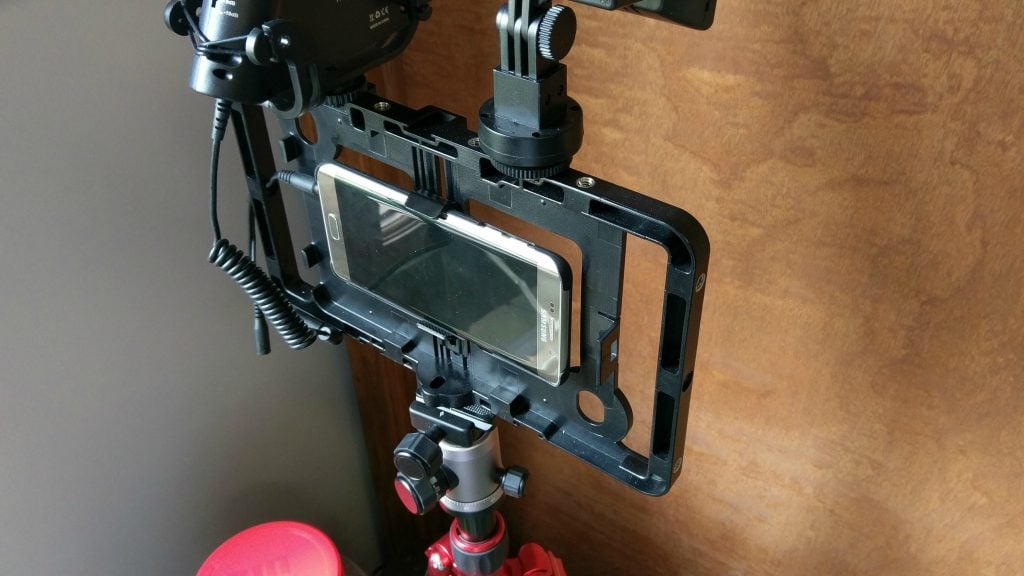 We’ve been playing with the Padcaster VERSE in the office for the better part of a few weeks now and really enjoy the concept. Using various phones along the way, it’s easy to swap out a daily driver for something that offers better video. There are few moving parts here; most of the movement comes in securing and releasing various add-on pieces.

The Padcaster VERSE recently closed its Kickstarter campaign to the tune of nearly $70,000. After spending time with one it makes complete sense as to why it was funded almost three times over.

Our suggestion to you is to start with the bare-bones unit and add on what you need at a later date. Simply placing your phone in the VERSE might be all you’re gonna want in order to capture the video you’d like. But, should you desire a little more, we can personally attest the quality of the other pieces.

The YT-1300 Shotgun Mic and Audio Interface were easy to set up and use and provided a much enhanced sound for videos in all environments. The XP-38 LED light was convenient to have for adding light to a source and we appreciated being able to dial it up or down to match the setting.

Although the campaign is over, you learn much more about the Padcaster VERSE by visiting its Kickstarter page. And, should you want to get your hands on one, the first batches are expected to roll out in July. The basic unit should start at $99 once it’s ready to go. That’s just a little higher than we’d expect for it, but the flexibility is there for someone who’s serious about their video.