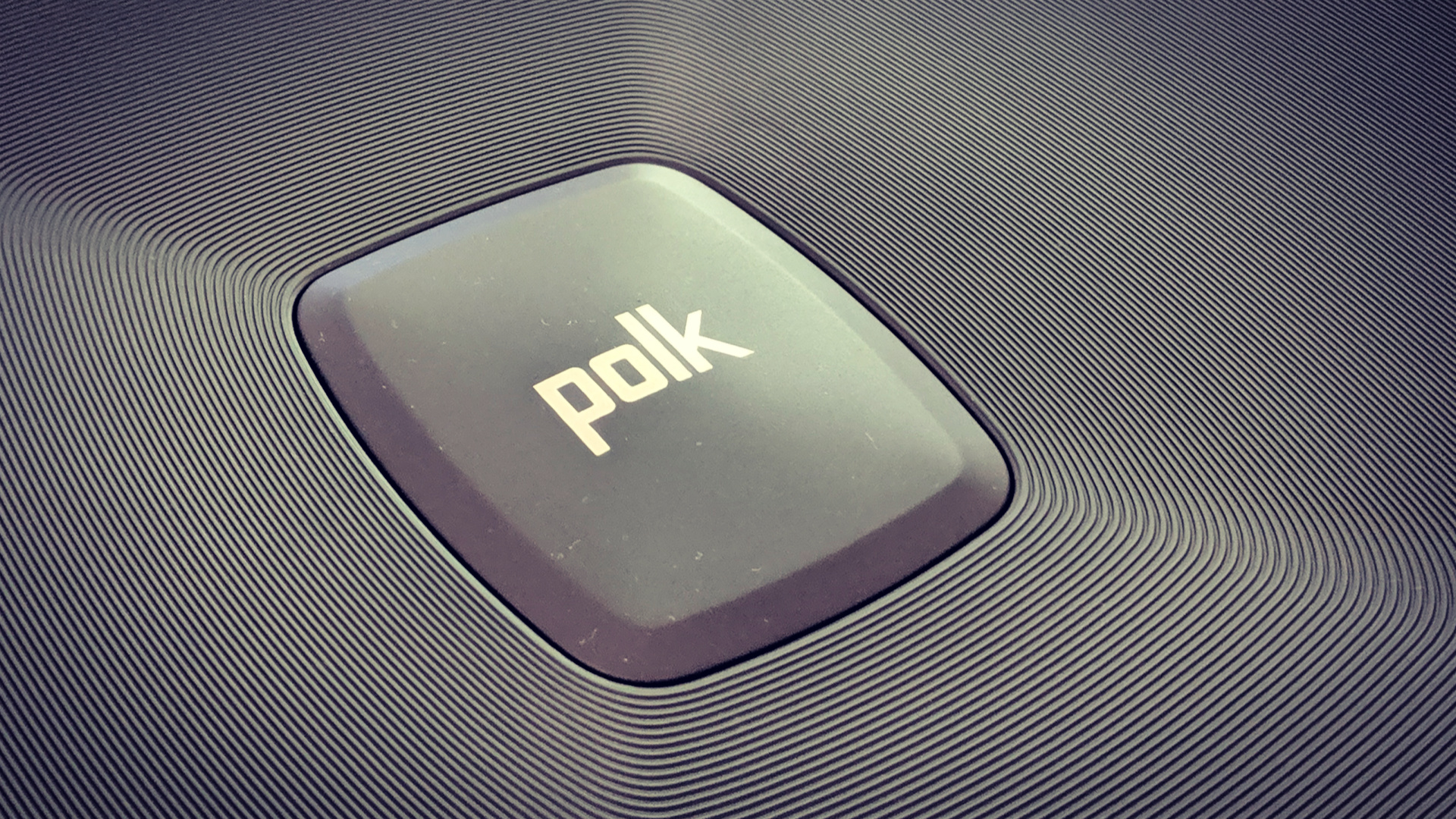 If you’re like us, you grew up in a house with one, maybe two, televisions. They were big, clunky, and heavy as hell. Today’s modern homes have TVs or screens in nearly every room. What’s more, they’re lighter, cheaper, and smarter than ever.

If you’re like us, you maybe knew one or two people with surround sound stereos and killer systems in the family room. Maybe it was your uncle who had the cabinet setup with an equalizer, dual tape decks, and a CD player. Maybe it was your bachelor buddy who filled out a room with speakers in every corner. Movies and video games are so much better when played loud and clear. 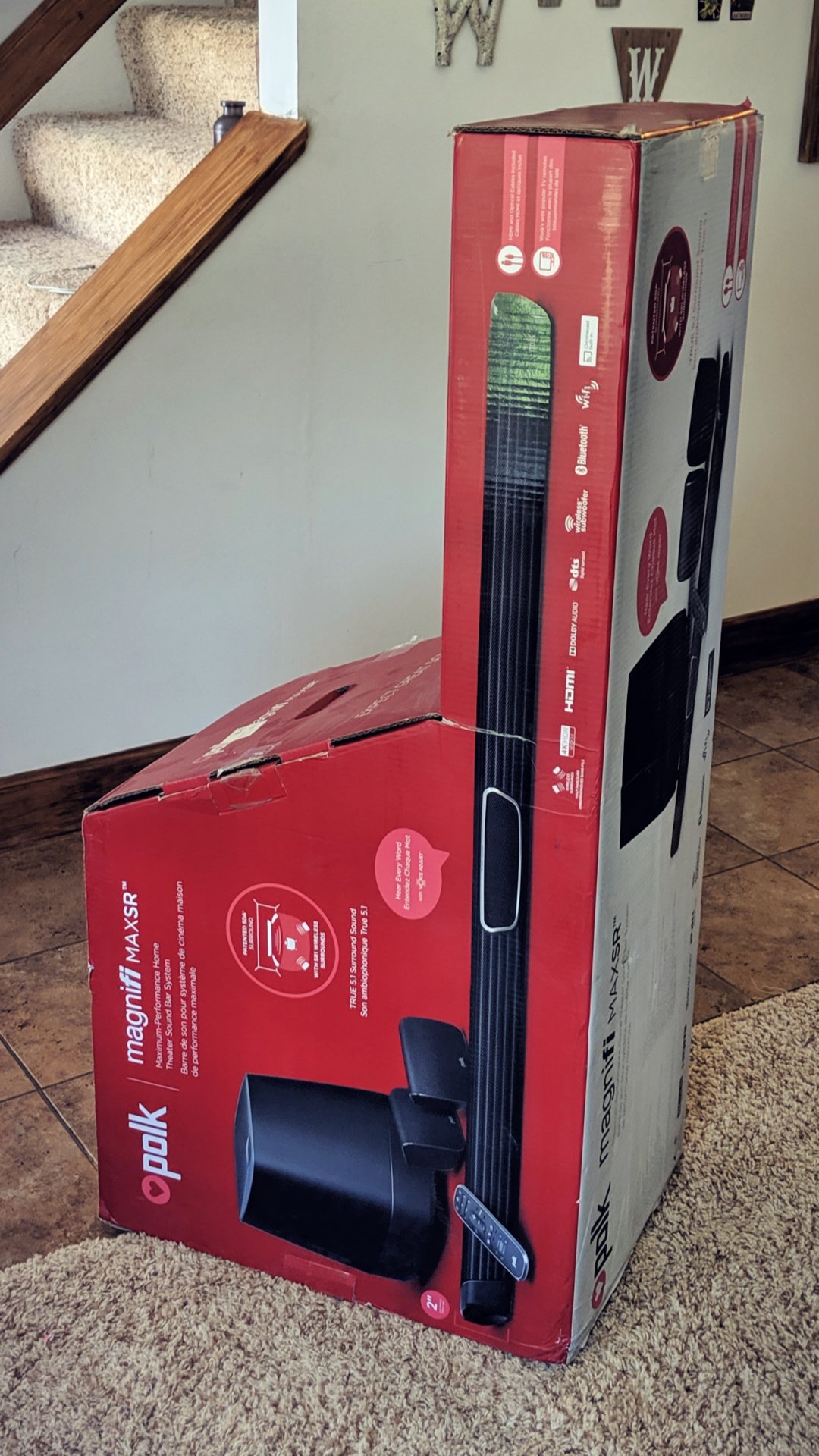 While today’s TVs are better than ever, we could always get better sound. Sometimes the situation calls for a center channel, sub-woofer, and speakers in each corner. For most of us, though, a soundbar setup is a fantastic way to go. Then there’s stuff like the Polk MagniFi MAX SR, which is somewhat of a hybrid experience.

Priced about $600 at the time of this writing, the home theater solution features a sub-woofer, soundbar, and two surround-sound speakers. In addition to the standard fare of audio connectivity, it also supports Bluetooth and features baked-in Chromecast and Google Assistant. We recently had the chance to spend a few weeks with the MagniFi MAX SR and are happy to share our thoughts.

Let’s get it out of the way. The $600 price tag is enough to scare a lot of people away. We get it. Really, we’ve been content with the sound from our televisions for decades and have occasionally dabbled in starter kits and basic surround sound. We’ve really only spent about half of this on our setups over the years. Then again, we’re not audiophiles.

There’s something to be said about “once you try it, you can’t go back” in tech. We see it in phones, particularly around the camera experience and stock Android. We’ve since found that’s the case with watching movies and playing video games, too. 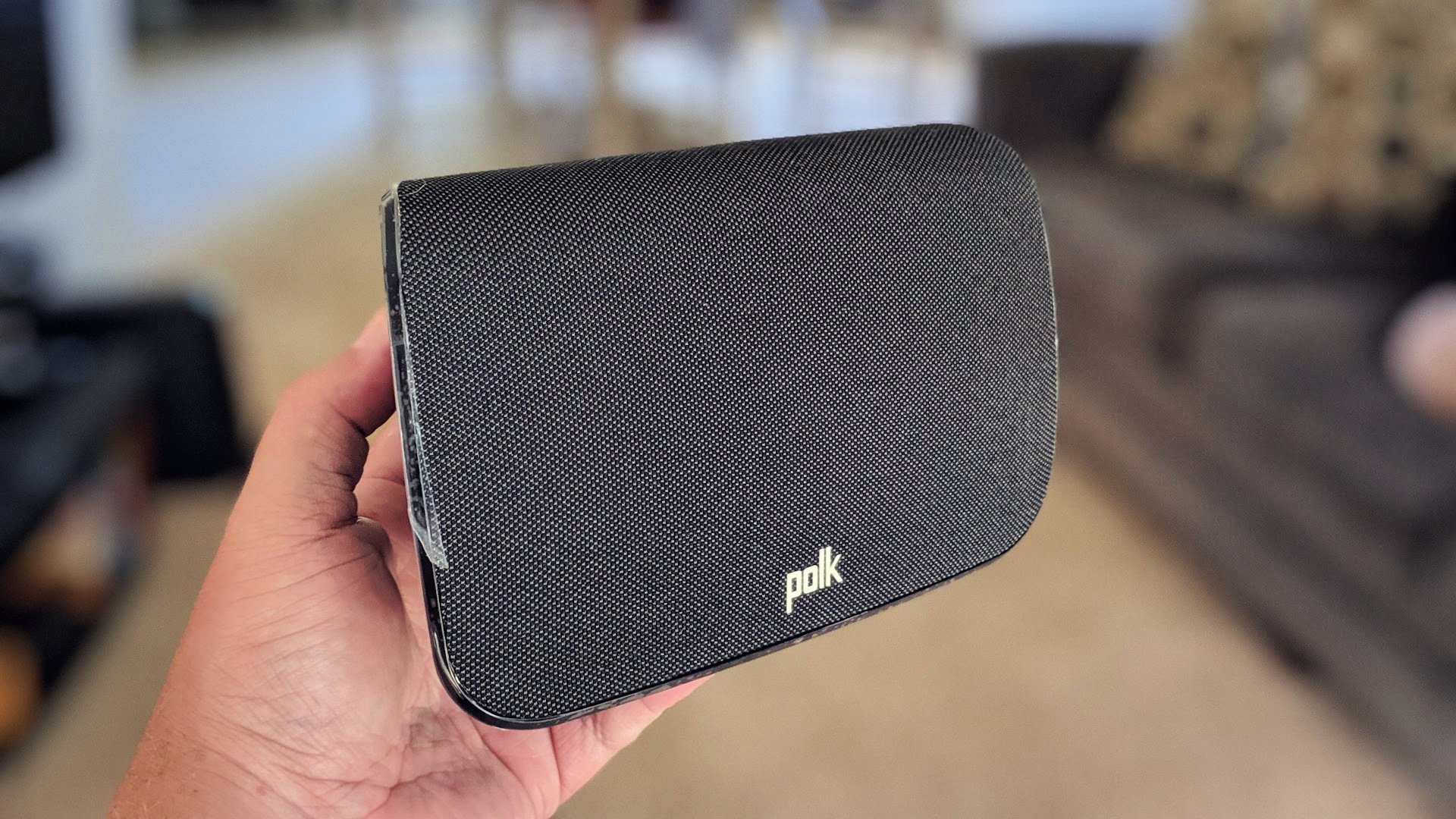 Looking at the selection of home theaters, soundbars, and other kits like this, we find that the Polk solution is right in line with other brands. You can easily get into $1,000 or more for a full-on setup.

If you’ve ever purchased a home theater sound system, you probably won’t bat an eye at the cost. If you’ve not, you’ll need a little bit of convincing. We get that.

The MagniFi MAX SR comes with a soundbar, sub-woofer, two surround-sound speakers, remote control, and a handful of audio and power cables. You also get some mounting brackets and templates to help assist should you opt to place yours on the wall. 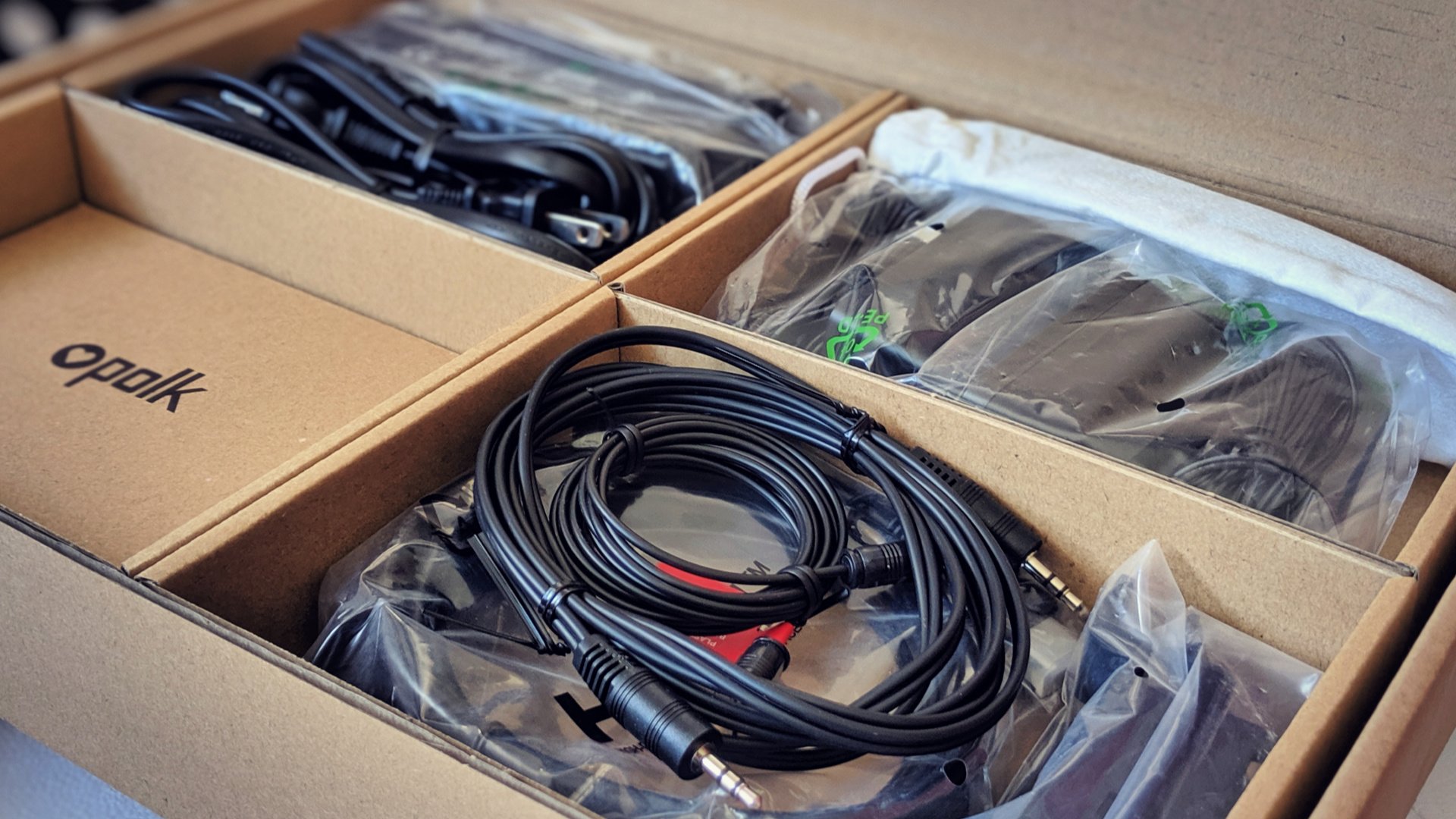 It’s really simple to get your Polk system up and running. It takes just a few minutes to unpack and plug in your speakers. The soundbar is the only component that needs to be plugged into the television.

Each speaker needs its own power cable but other than that you don’t have any other wires to worry about. It’s 2019 and that means it’s all about wireless. We really appreciate this aspect as it lets us move the speakers about in the first day or two.

We were incredibly pleased with the sound and features of the MagniFi MAX SR. Volume levels can get quite loud and there’s a notable boom to the bass. The remote control has a number of settings which let us adjust the surround speakers, bass and voice, and switch inputs. 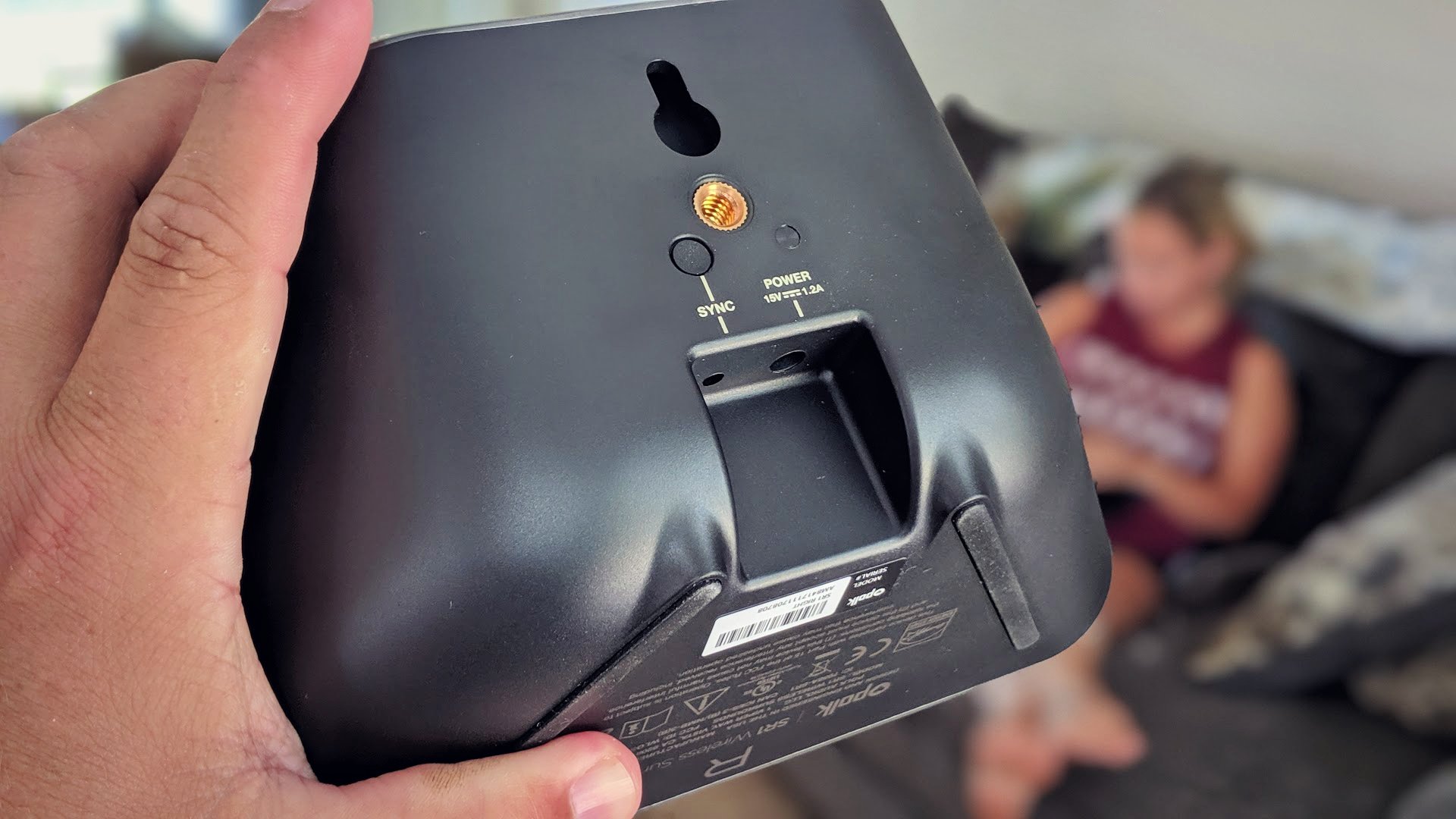 There are also some quick settings for movies, music, and sports which work like preset equalizers. Night mode is dials down the bass and punches up the voice for watching movies at night.

The Polk remote control can be a tad awkward at times as some of the buttons are concave while others are raised. Along those lines, we would have liked it if we could use the Google Assistant to make the adjustments from one mode to another.

As much as we liked the other Polk system we recently reviewed we would have rather used Google Assistant instead of Amazon Alexa. Our current setup is all Google everywhere so we were glad to add this to the home. Not only can we add this to a party group or cast our music, but we can use it for tasks and other Google Assistant roles. What’s more, you can use the Google Home app to manage volume levels. 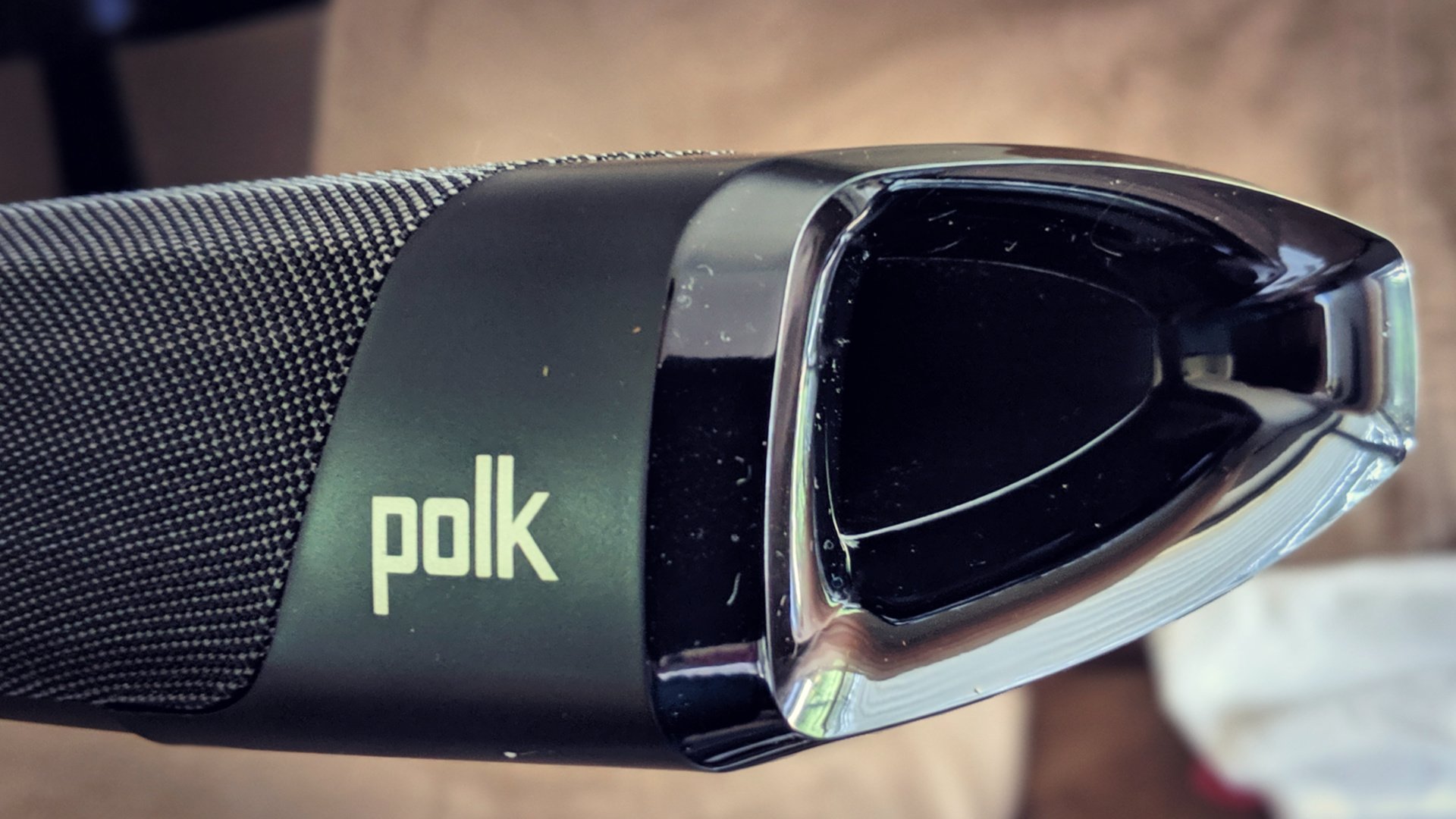 It’s worth noting that the soundbar is incredibly wide at 43-inches. If you’re placing it on a TV stand you might find it extends beyond the edges. The sub-woofer also eats up a fair amount of space. The surround sound speakers, for their part, are compact enough that you can put them on end tables or

The Polk MagniFi MAX SR is a great home theater option for those looking for a well-rounded audio experience. Movies, sports, video games, and Bluetooth audio all sound excellent; there’s plenty of customization at each mode to fine tune each. 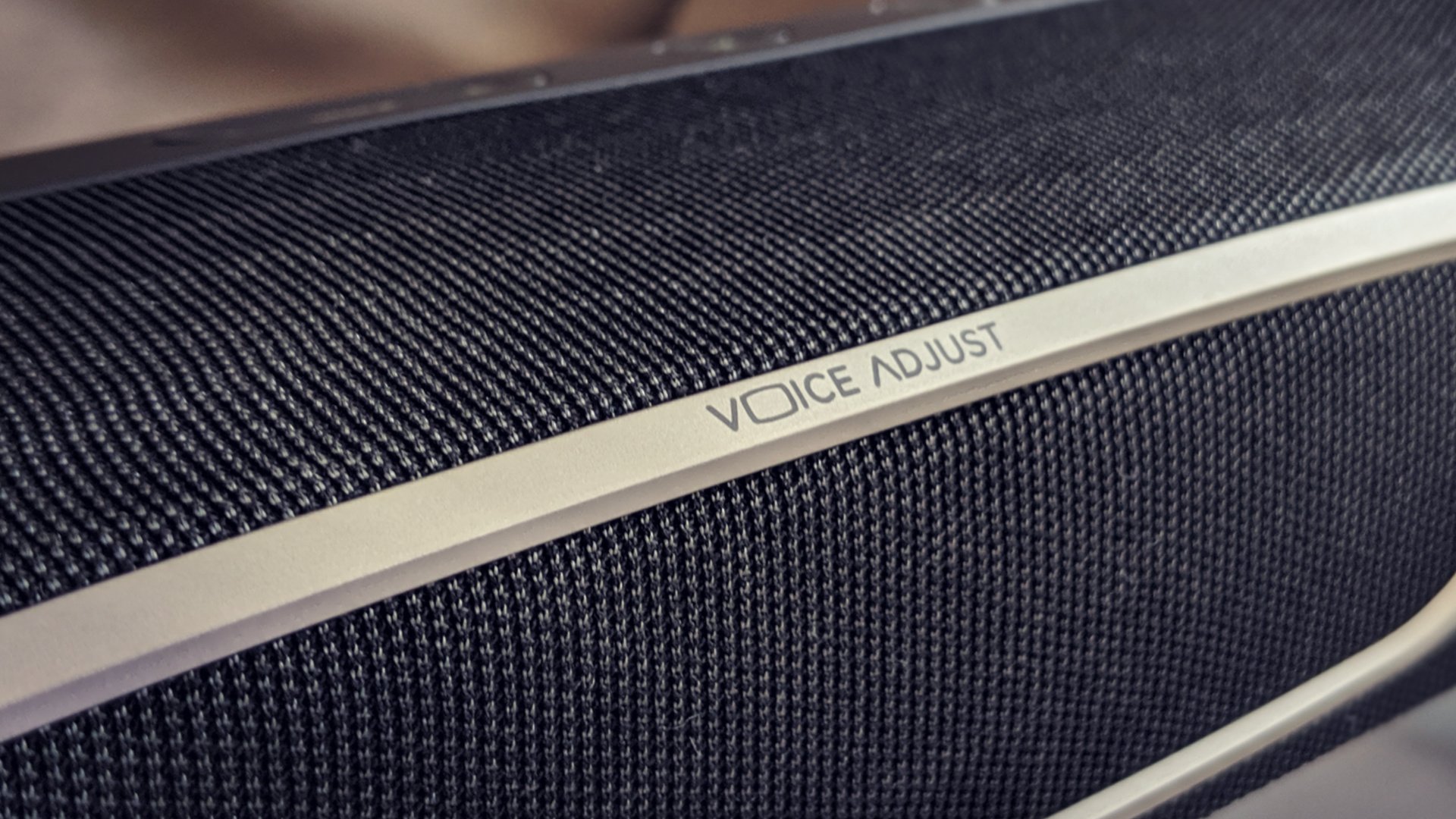 We really appreciate having another Google Assistant-based device in the home. As much as we like a Google Home Mini in every room, there’s nothing like a full-on speaker system. Casting is more convenient than pairing via Bluetooth at times, especially when multiple people are in the room, taking turns with the music.

There’s a lot to like about the MagniFi MAX SR, even at its $600 price. Considering you’d put three hundred into a solid standalone Bluetooth/Google Assistant speaker like the Google Home Max, it make sense to go all-in with a system that rounds out an entire room. 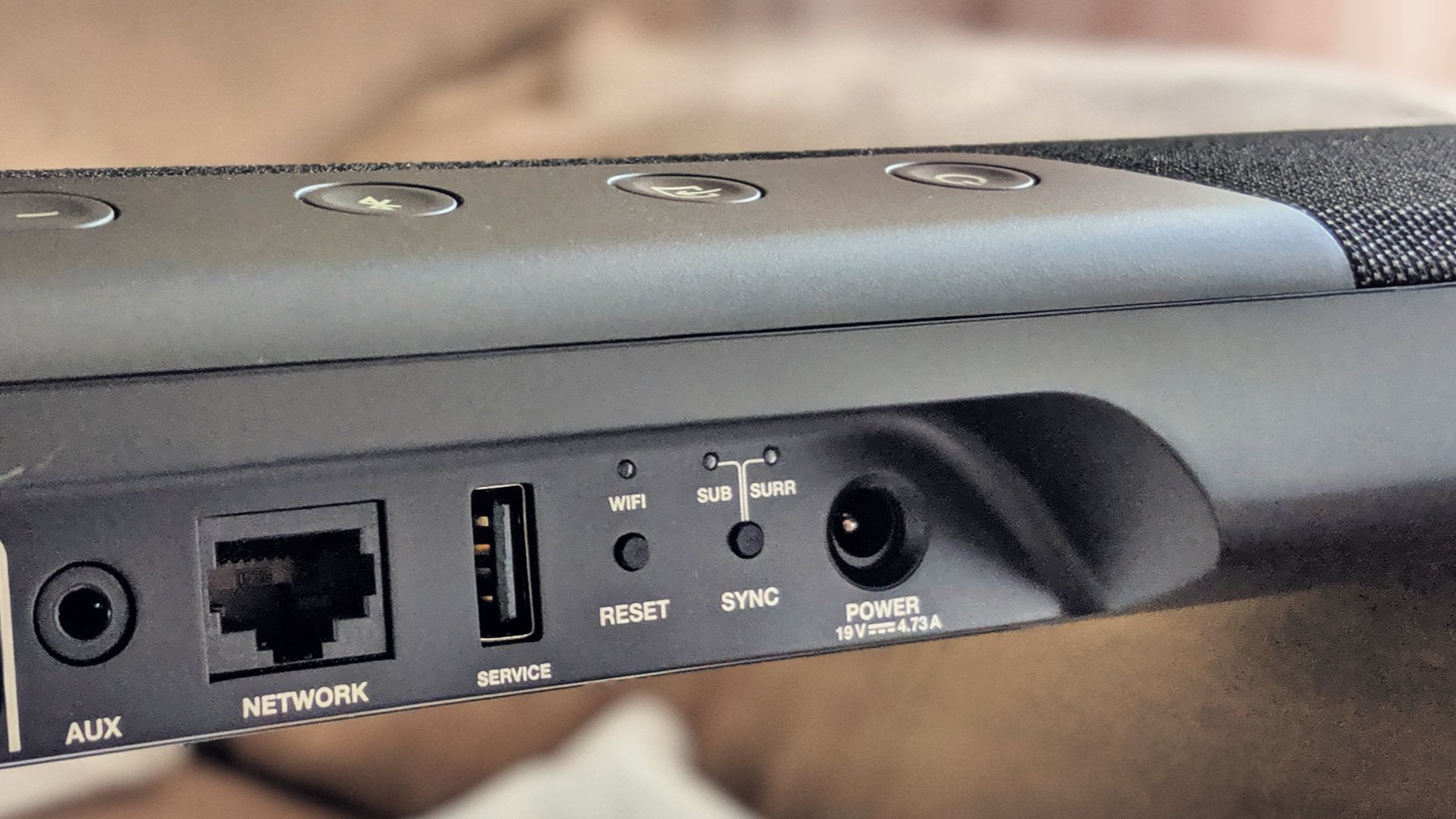 You can learn more about the MagniFi MAX SR at Polk’s website where you can also order it. It’s also available for purchase at Amazon where it’s currently listed at $600.