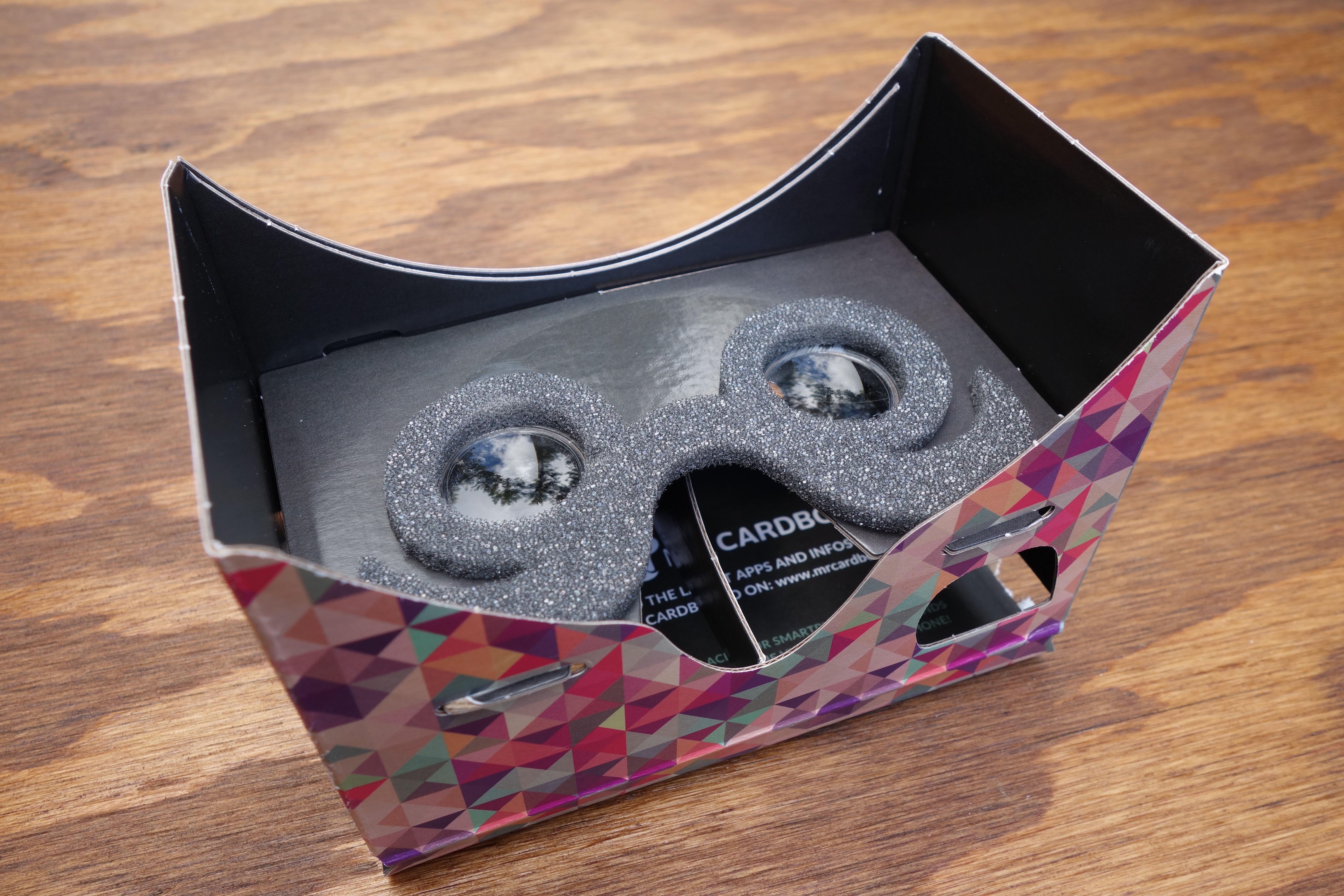 Virtual reality (VR) has taken the mobile market by storm as soon as Google introduced a ingenious way to achieve it – by simply strapping a phone to our faces. While that sounds like an odd thing to say, it works! A viewer with lenses and a phone mount doesn’t need to be an expensive accessory, and it was with this realization that Google Cardboard was born.

Since then, accessory manufacturers also wanted a piece of the action. One finely-made Google Cardboard variant is by a German company called Mr. Cardboard. It’s latest revision of the product is called POP! CARDBOARD 2.5. 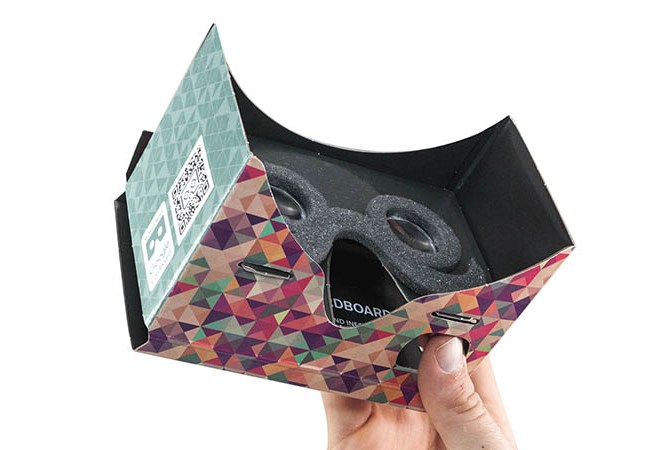 Let’s check out Mr. Cardboard’s take on Google’s viewer and if this is the Cardboard design you should be using to get away from it all.

I loved how easy it was to get the POP! Cardboard up and running. I have to say that when I received the review unit (unopened it just looks like a thick envelope), I didn’t look forward to assembling it. I don’t like having to set something up to use it. But that’s how Google’s Cardboard project works. To my satisfaction, the product guides you perfectly through each step (and there aren’t even a lot of steps). When you open the envelope, you see instructions on the back panel and the flattened product on the other. 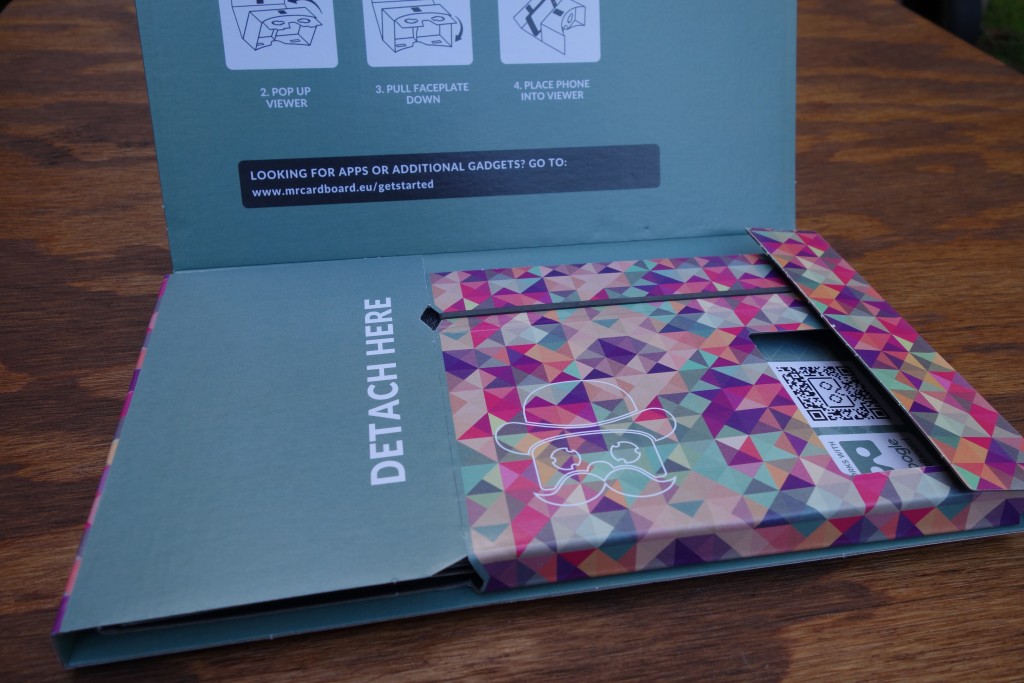 All it take is two unfolds and you begin to see what the Cardboard looks like. 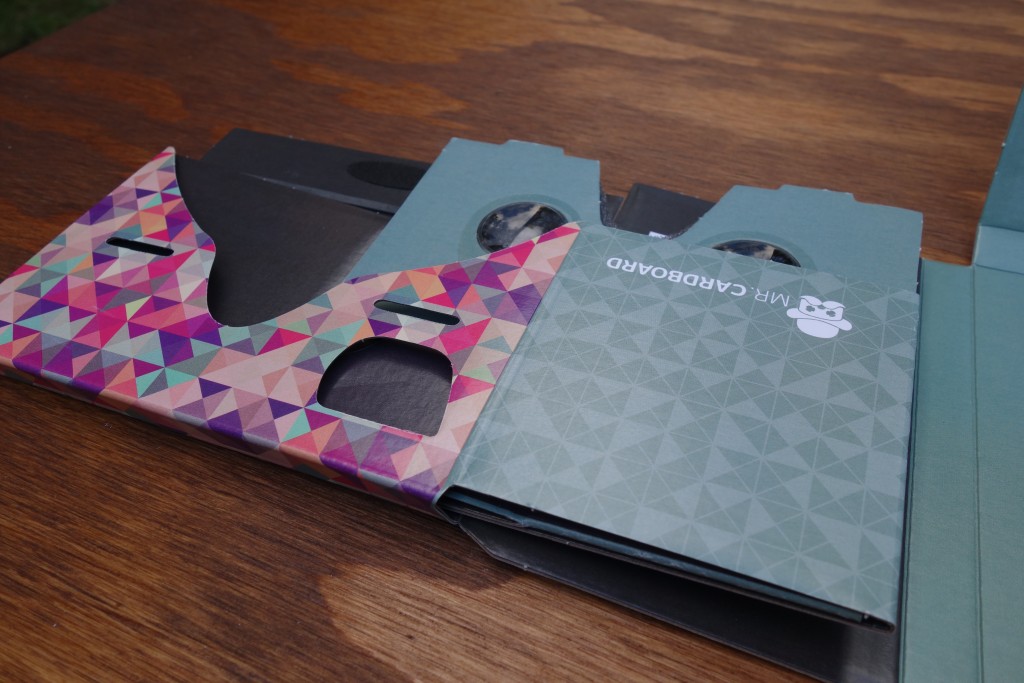 There’s a clearly marked perforated line on where to detach the device from the packaging. Once you do, it’s pretty self-explanatory on what do from here. Simply expand the flattened box and the viewer takes shape. 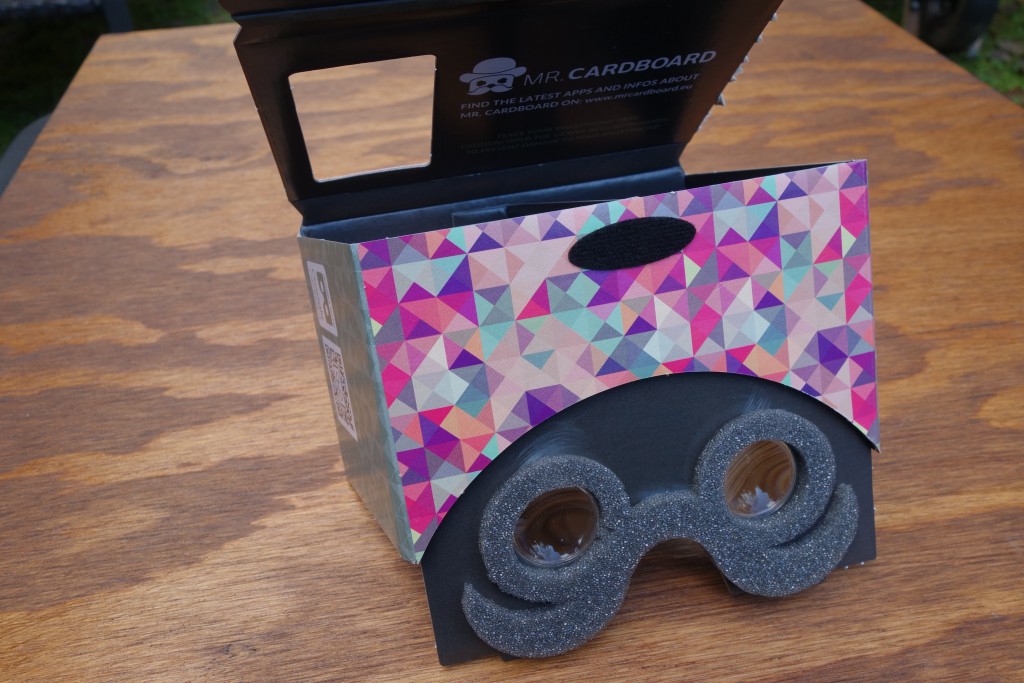 The panel that holds the lenses just folds down into place. There are two inserts on the panel that go into corresponding slits on the box, so that it doesn’t come apart unwillingly. 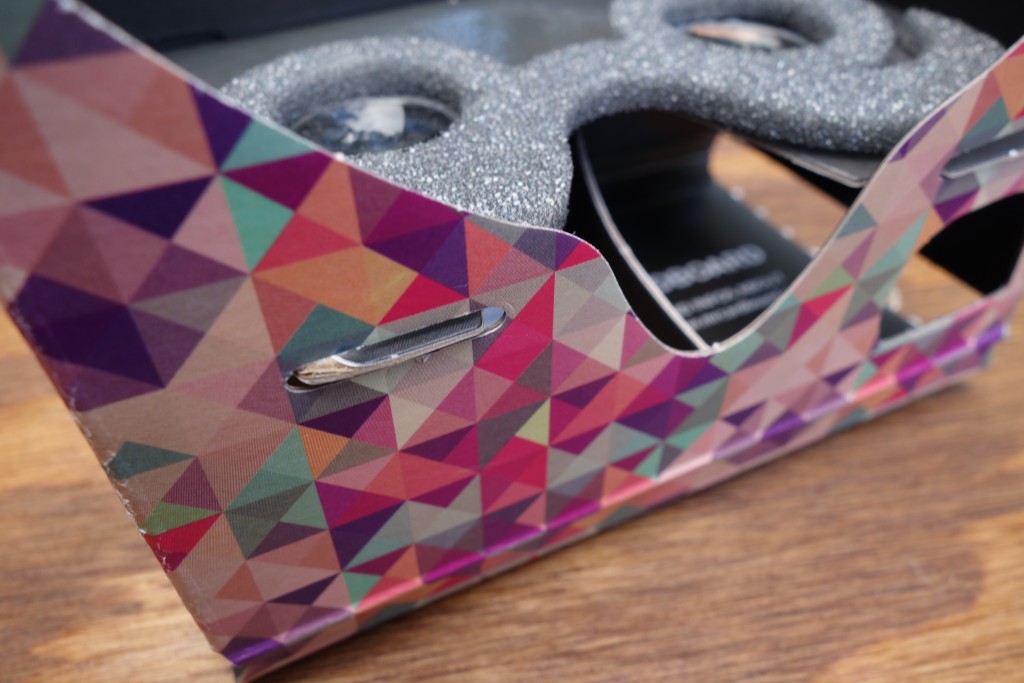 On the other end, you see where the phone is to be placed. There’s a flap that encloses the phone, secured by Velcro. 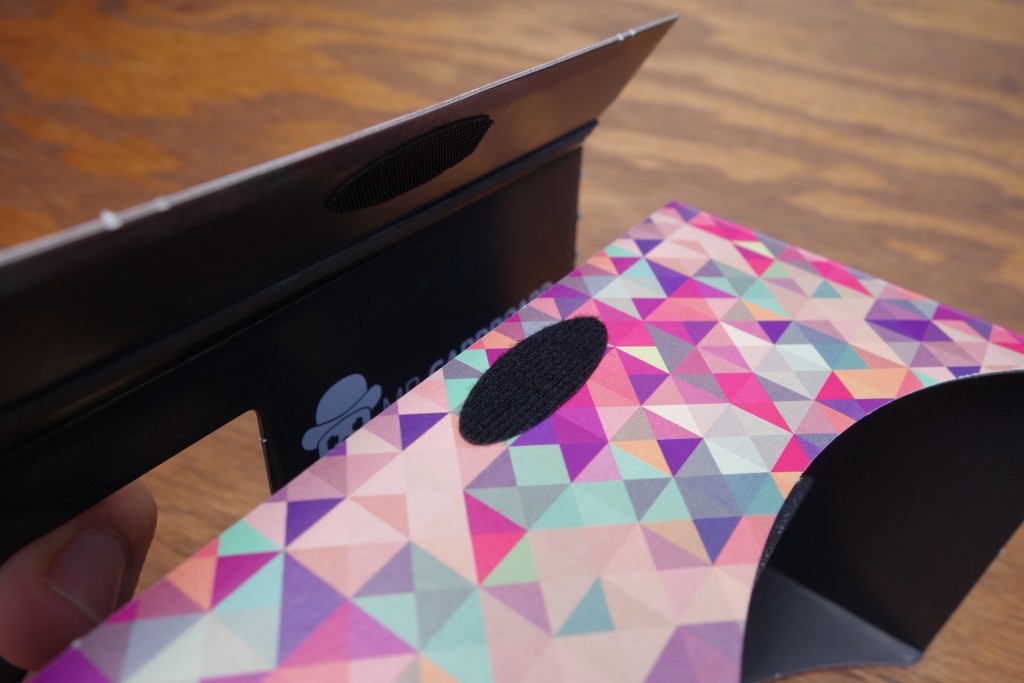 I would’ve liked for the orientation of the Velcro patch to go vertically instead of horizontally. It’s easy to overshoot it when closing the lid. Rather, you need to visually make sure that the two patches line up. No biggie.

My current phone is the LG V10. It’s not a small phone by any means, so I was interested on how well it would fit onto the POP! Interestingly, the length of the phone extends past the dimensions of the Cardboard. 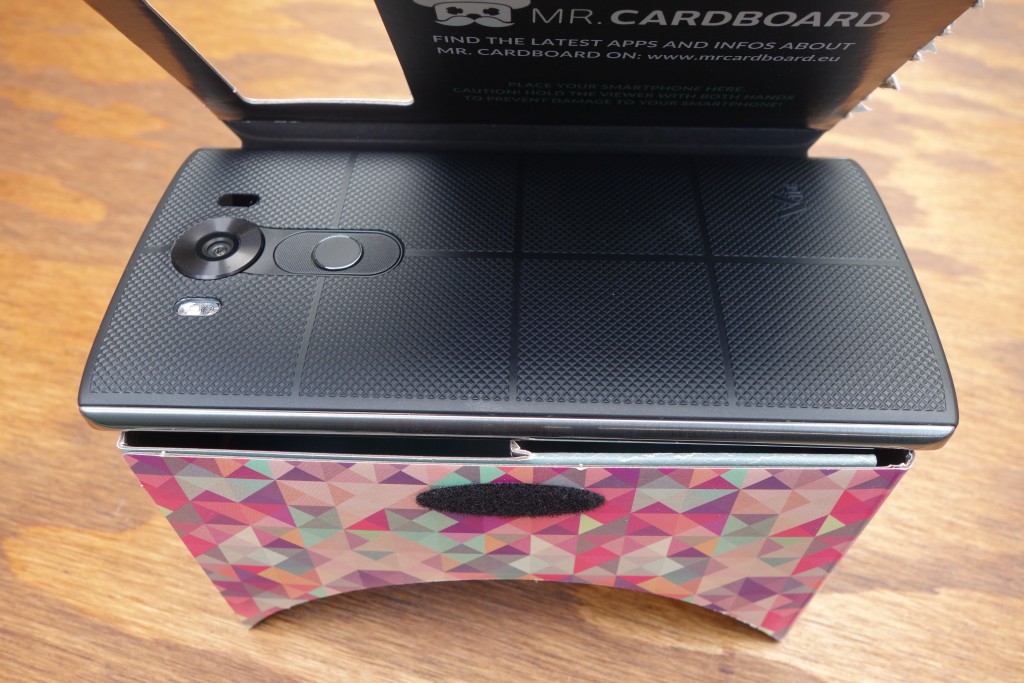 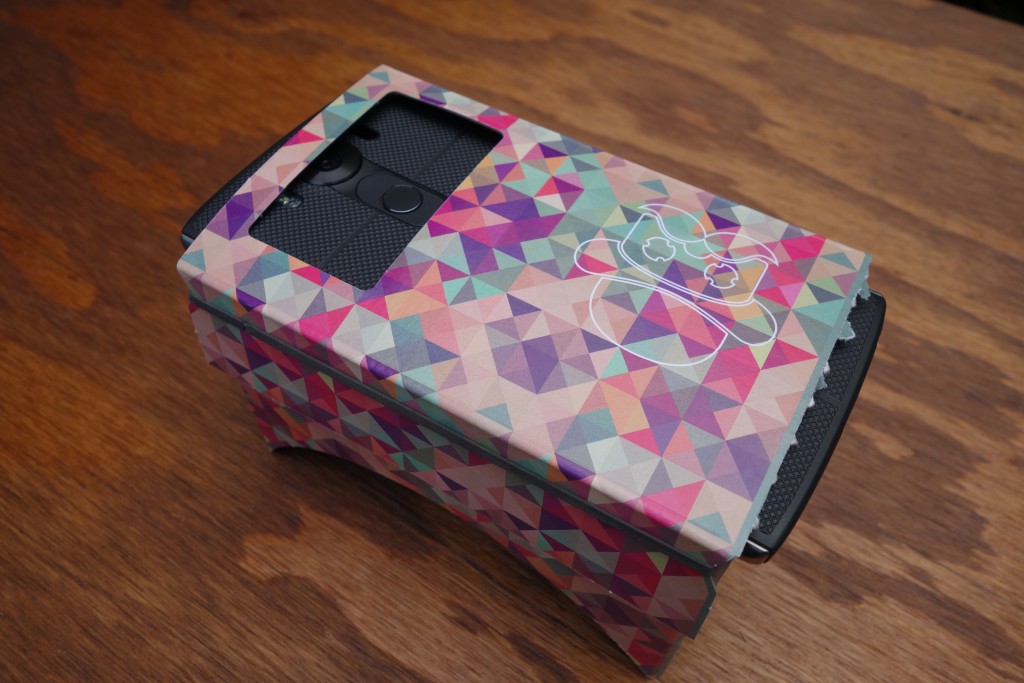 At first impression, one suspect a failure. But Mr. Cardboard actually states that the POP! Cardboard 2.5 supports very large phones like the Nexus 6 and iPhone 6 Plus. So what gives?

Turns out that it doesn’t really matter. The viewer functionality still works. Actually, the phone’s extension gives you more to grip onto.

However, do notice that the back cutout (meant to allow the phone’s camera to be utilized for augmented reality) slightly cuts into my phone’s camera. This is a tough one, because you have to try to guess a cutout that would work for all phones. Fortunately, all it takes is a little shift to unblock the camera. The phone’s mounting is undisturbed by movement of the phone.

The POP! Cardboard 2.5 doesn’t have a strap, so it can only be used with support by your hands. I suspect this is due to the device’s support for large phones. The weight of phablets can compromise the experience. Also, there’s a risk with the phone falling out, since it doesn’t get fully encapsulated. Using your hands makes sure your device stays safe.

As soon as you’re ready to go, simply download a VR-supported app. Google has a list of apps and games here. There’s a Cardboard-specific QR code you scan on the side of the box for checking “Works with Google Cardboard” compatibility. 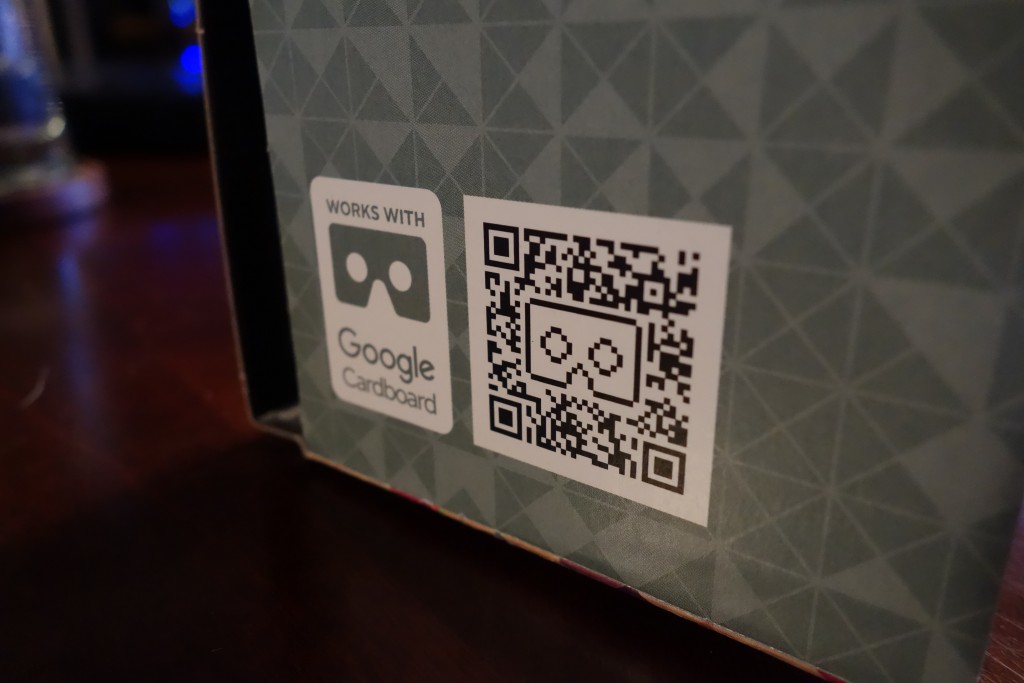 Where you place your face on the viewer has mindful foam padding. It’s very comfy and the experience is as it should be. There’s no issue whatsoever viewing the screen through the lenses. The functionality works as it should. On the bottom, there’s a small cutout to allow you to interact with the phone without removing it. 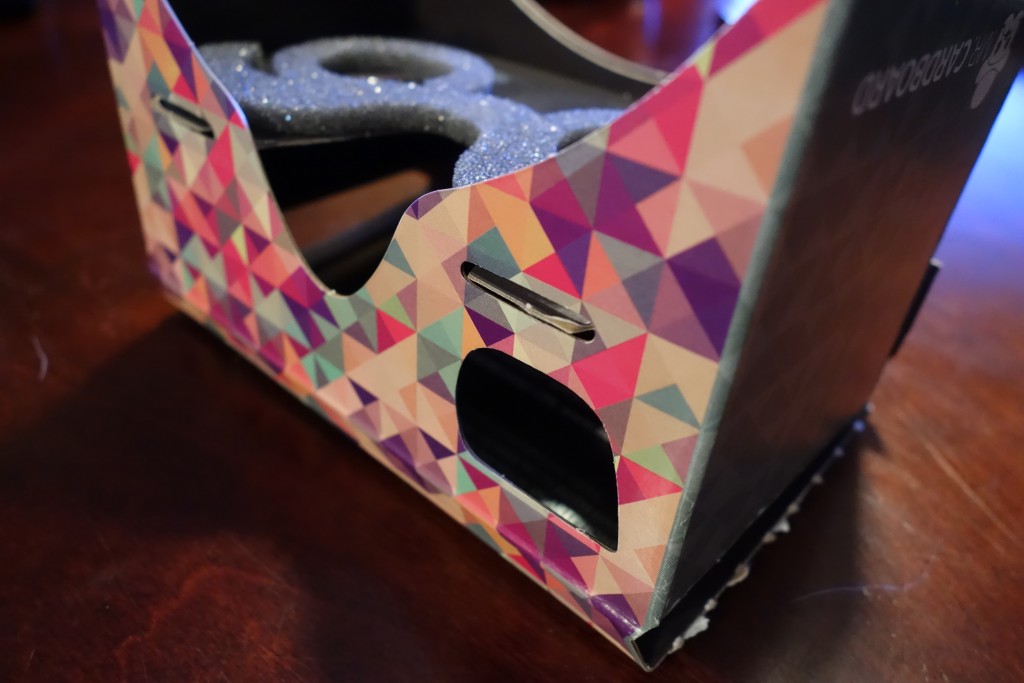 It was a joy to test out Mr. Cardboard’s solution for Google Cardboard. The POP! Cardboard 2.5 is extremely easy to get up and running. I loved how simple and refined the product is.

It’s a bummer that there isn’t some way to attach the viewer to your head for a hands-free experience. But I do appreciate that you can use it with large phones.

The POP! Cardboard 2.5 is made in Germany, but fortunately it’s available on Amazon for U.S. customers (and is actually packaged with a head strap). At $19 (at the time of this writing), it’s not the cheapest Cardboard out there, but you know you’ll be getting one that is well-made.