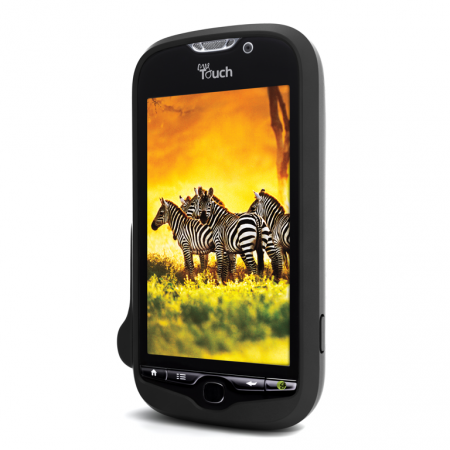 Last week, we talked about the release of the PowerSkin Cases, which are cases that include a backup battery, designed specifically for various Android phones.  I had the opportunity to get my hands on one of these cases for the HTC Glacier/MyTouch 4G, and decided to do a few tests to see how it stacked up.

Personally, I feel that I am a heavy user with my phone.  On an average day, I will run Wi-Fi for a few hours, constantly updating Facebook and Twitter, Googling random things, and having the phone sit in my pocket for up to an hour with the notification light blinking until I can get to it.  On average, my battery will go from 100% to about 75% in a few hours.  (The Glacier has awesome battery life for me, but my phone is rooted, which helps.)  To see how well the case works, I opted to not charge my phone during the day, and see how much more life I got out of it by using the case.

I found that the case added just under 4 hours to my battery, which was a definite plus for me.  The case is essentially a back-up battery, which uses its power to charge the phone (or to keep it charged).  Once the case battery has died, then the phone runs on its internal battery.

As I said, I got about four hours extra on this case, which was awesome.  The case itself is the smooth silicone, so it was a great protector, and looks good too. However, nothing is perfect, and because it is an additional battery, it doubles the thickness of the phone.  What I love about the HTC Glacier is that it is a thin and sleek phone, and although the case gives me four additional hours without needing to charge, it seemed bulky in my pocket.  Not a deal-breaker for me, but before picking up one of these, bear in mind that it does make the phone twice the size while its in the case.

The PowerSkin cases are available for many Android phones.  Head on over to their site today and place your order!