Google’s low cost and easy-to-use Cardboard was intended to bring virtual reality to the masses. It has done just that, while also promoting new ventures along with the brain-blowing alternate digital world to everyone with a smartphone. They released their bigger and better Cardboard VR viewer at Google I/O 2015, and encouraged other companies to produce their own cheap VR sets.

One of these companies is PowisCustom. Based near San Francisco Bay, which is also near Silicon Valley, they have a range of cellphone products ranging from cases to, of course, VR sets. We got our hands on their Powis ViewR 2.0 to test it out. How does it perform and stand up against competitors?

The viewer is strong, sturdy and feels relatively good. It’s made out of cardboard, as you may have guessed. Several layers of it form the main piece (where the lenses screw into), while a single foam padded piece juts out, bends over and holds your phone in place once the Velcro squares are together. Really just like any other set, except a bit more sturdy. 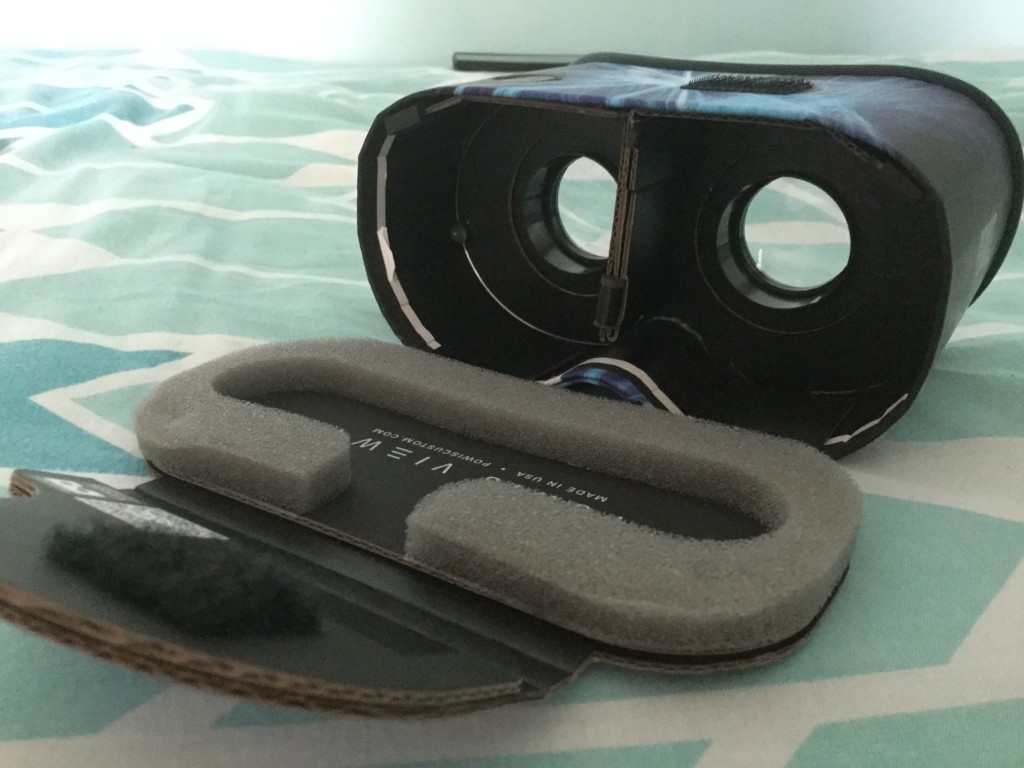 My LG G4 was able to fit comfortably in the set, even with a case on. Being a relatively large device, it was on the verge of sticking out a little on the sides, but that was not quite the case. It can support phones up to 6″.

The button on top, visible in the above photo, is a standard feature that allows you to interact with the device while using it in VR mode. It is a nifty mechanism, that, in short, works well and is pretty stable for giving feedback to your phone.

There is also a rubber seal going around the edge of the cardboard. This protects the cardboard and gives a nice touch to your skin when using it against your forehead. The only gripes I had with this was near my nose. It’s not immediate obviously, but after using the set for more than five minutes your nose begins to get irritated by it. I found that re-adjusting the set on your head or even pulling the rubber bit off the edge by half an inch alleviated this.

Talking about it being on your face, there is not an included strap to put it on your head without holding it with your hands. There is also no easy way to put one of your own on, either. Like most viewers, your tired arm will have to hold it up. That’s okay, as your hand kind of needs to be there anyway to press the button.

A nice feature is that both the lenses are adjustable. The lenses are curved pieces of glass that bend light in a certain way, important for amplifying the image size from the phone. Being able to adjust them means that you are able to focus the image to your liking, especially if you suffer from any eye condition that affects your vision. 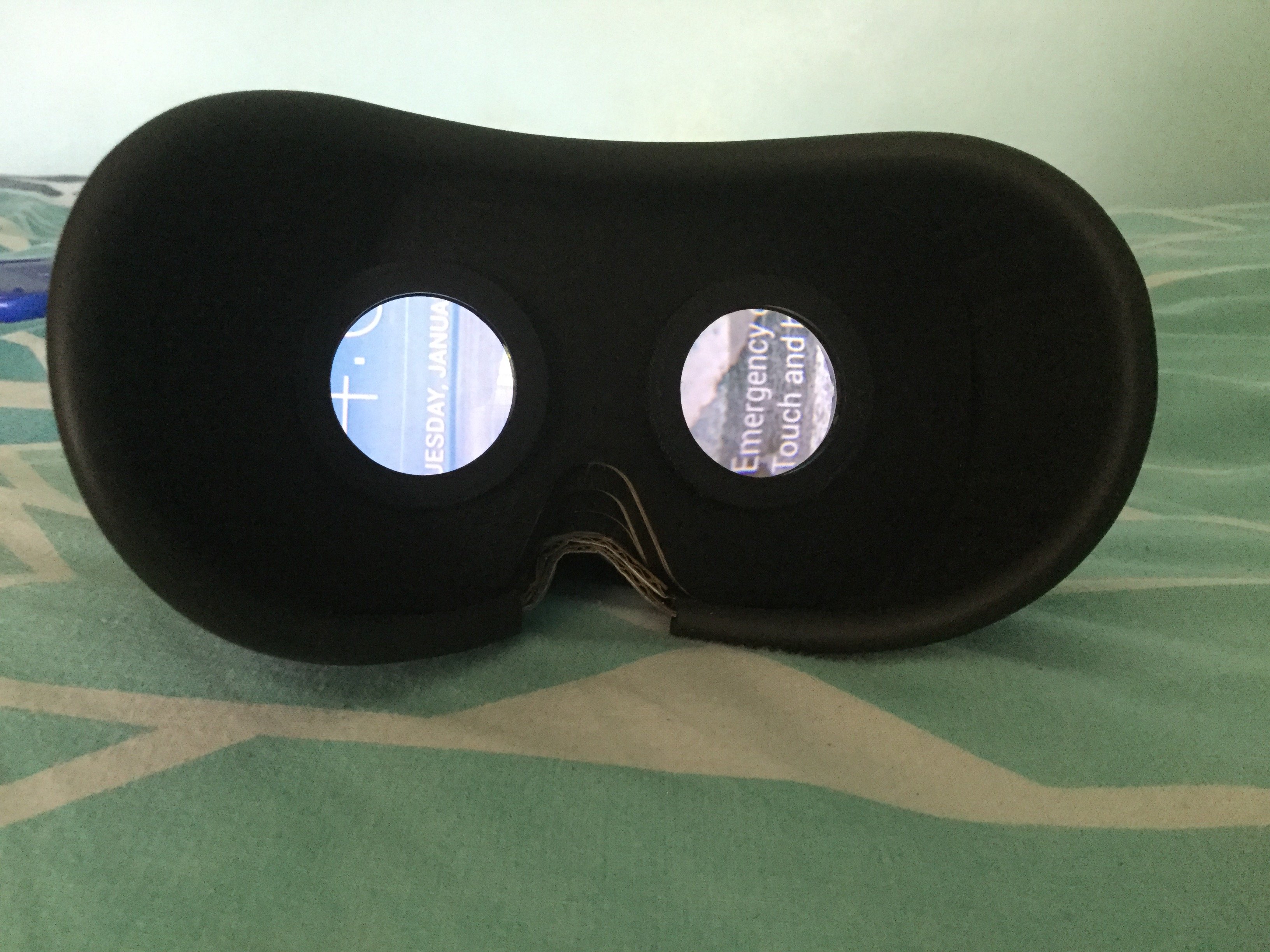 I don’t really have anything negative to say about this VR set. It feels great and works excellent for the average consumer. It has a slight edge over competitors as it offers more features than most and comes at a price of $29.95, which is quite a bit considering that there are similar cheaper models on the market.

There are different color models available: Red Alligator is the premium model with an alligator-like texture. There are several more you can get, or you can even design your own.

Overall, I would recommend this great product.

Sky Map (yes, that one!) is an oldie but a goodie (review)