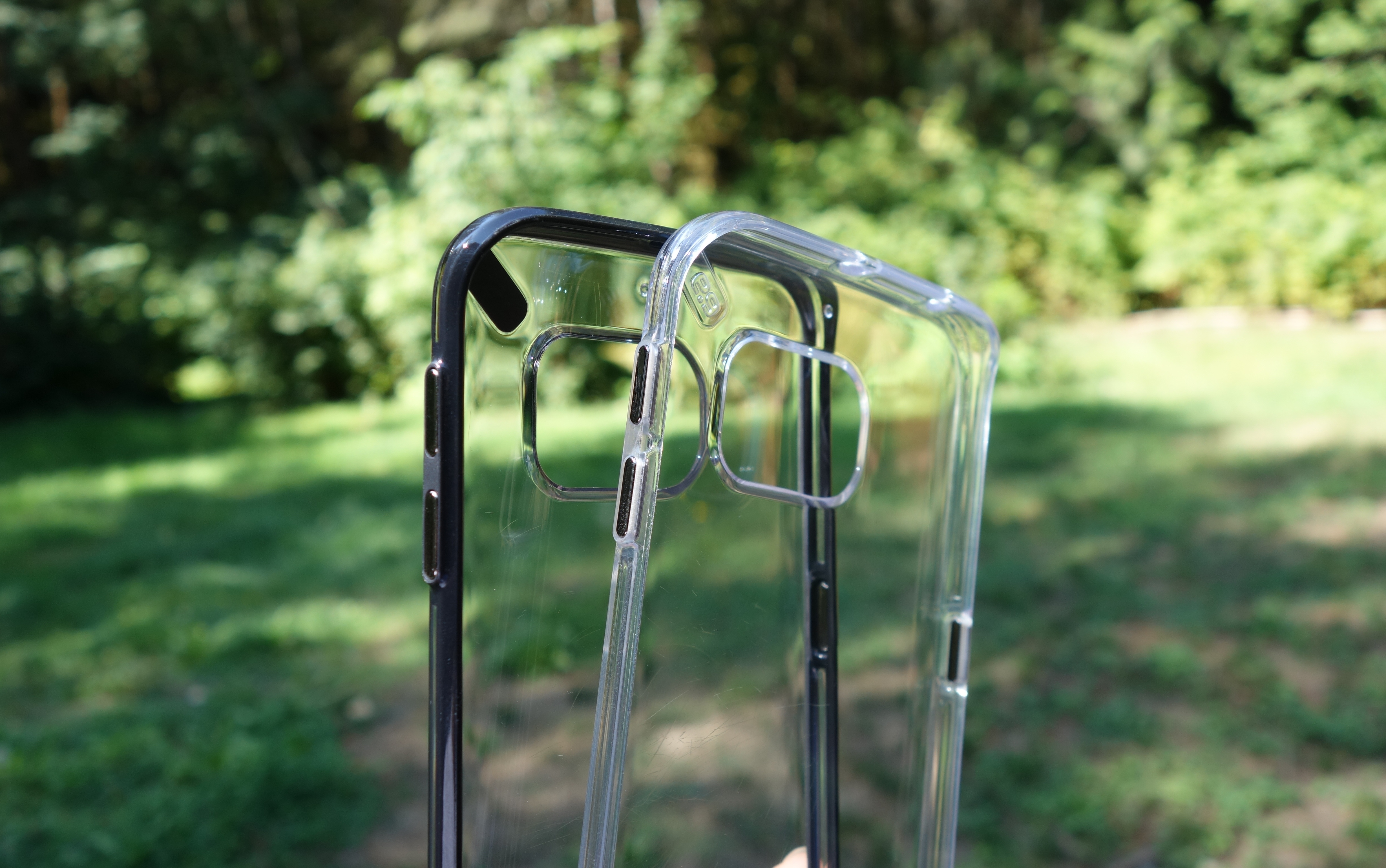 [dropcaps]Many of us desire ample phone protection but do not want to have to carry around a brick.  So we search for a case that can meet us somewhere in the middle, and just maybe, one that reaches far to either extreme.  PureGear is a phone case company that is up to the task, and I was given both of its Slim Shell Galaxy S6 Edge cases to test out.[/dropcaps]

The Slim Shell case comes in two flavors.  One is completely clear and the other is clear but with a black rim.  A nice touch on the black rim is that there is a clear strip that runs through the middle of it, giving you a peak of the hardware underneath.  The clear case has a similar lining also, but it’s much more subtle because the entire case is clear. 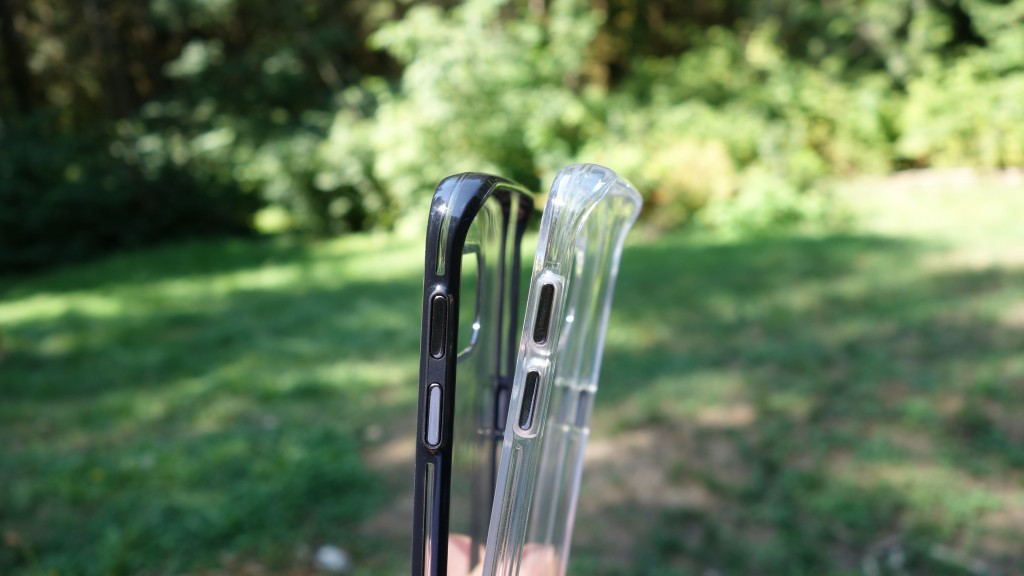 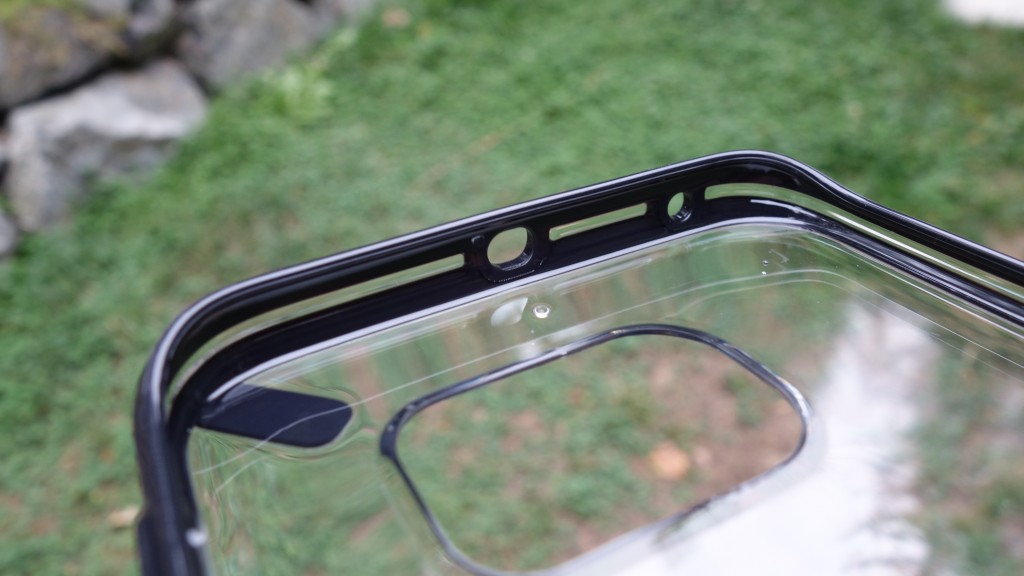 All but the perimeter of the cases are hard, rigid plastic.  The frame is stiff but bendable TPU material, which allows you to get the phone into the case.

These are very slim-fitting cases.  The added bulk is pretty much negligible.  There are three dots (two on the bottom corners and one above the camera slot) that serve as risers, to keep the back of the case from rubbing on whatever surface it’s laying on. 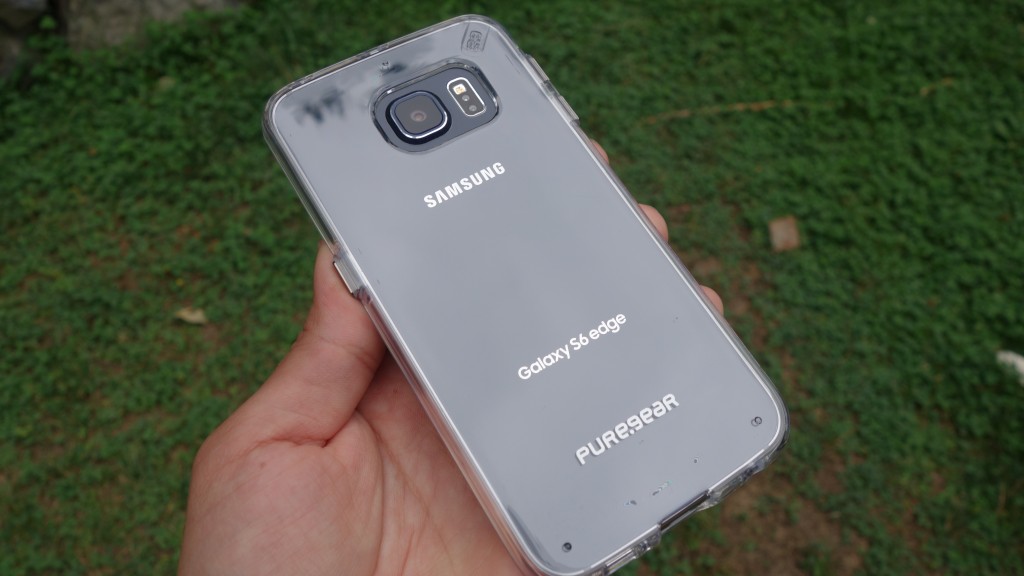 The power and volume buttons stick out of the frame slightly to make them easy to locate and press.  I really like how PureGear did the case buttons.  They provide more area than the stock Galaxy S6 buttons do and are neither too sensitive or hard to press.  They also retain the sleekness, with a metallic finish. 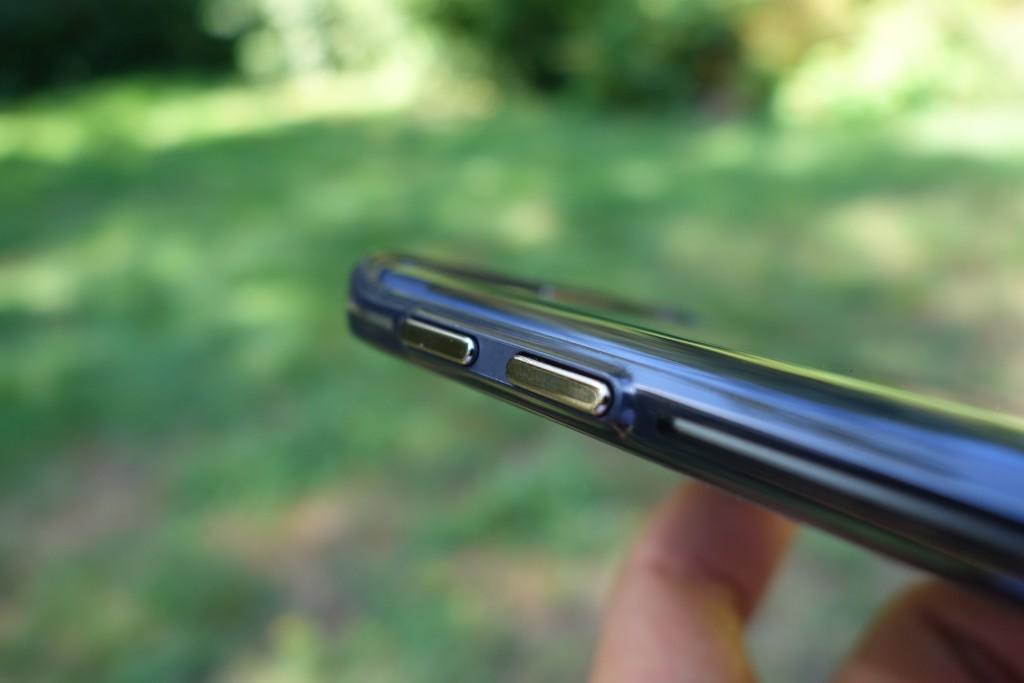 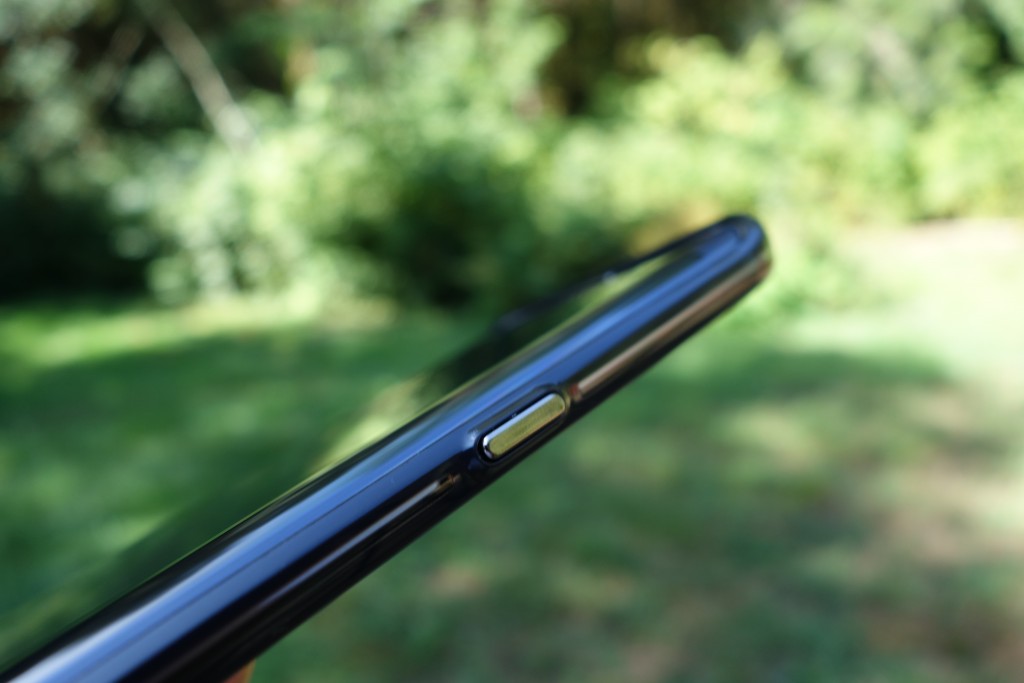 There’s not much to say about the camera slot, it’s just an open space for the camera module, flash, and sensors.  There’s a little tab that runs from the top right corner with the PureGear logo. 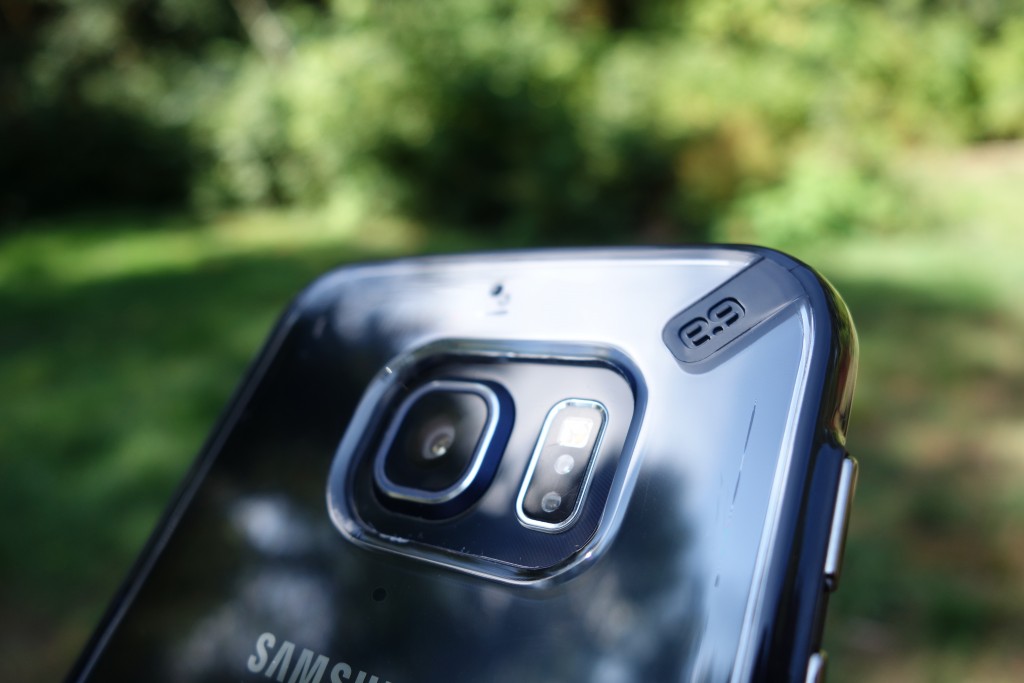 It’s a stylish way to put the company’s name on the case.  I just wish PureGear would’ve left it at this instead of putting its name along the bottom of the case.  Some folks may prefer a cleaner look.

The cases have as snug as a fit as you would want.  They’re maybe even too snug.  These won’t be cases that you will like to frequently switch out.  You have to pry somewhat, and they rub against the power/volume buttons too much for my comfort when doing so.  But on the flip-side, the tight fit means that the case won’t wobble when it’s equipped, and there won’t be gaps that allow little debris to find its way in between the phone and case.

Despite the slimness of the cases, they still appear to provide plenty of protection.  This is especially true for the frame, where there is considerable thickness shielding the phone. 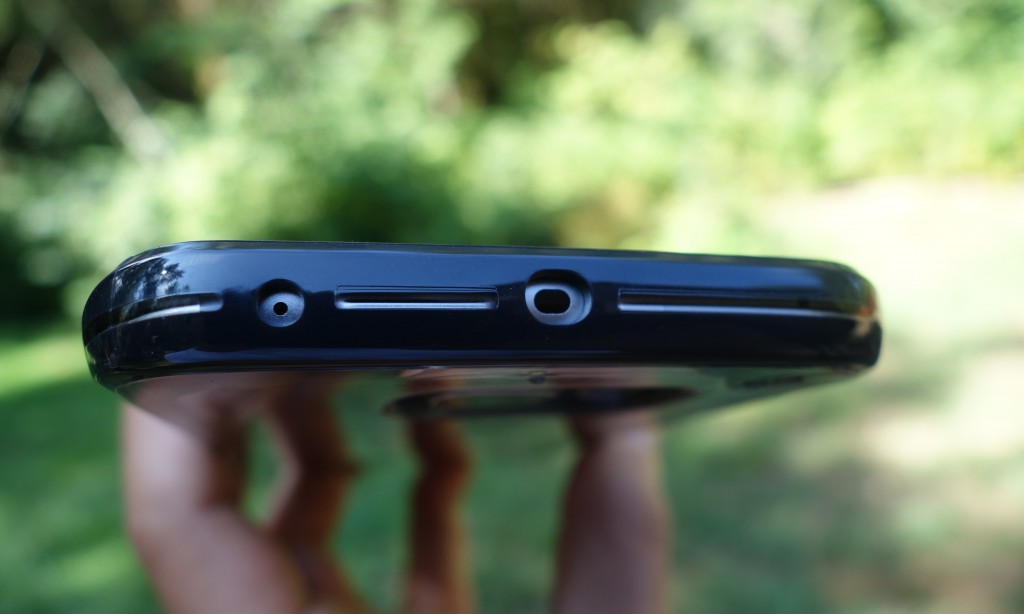 To protect the front of your phone, there is a slight lip on the top and bottom over the screen. 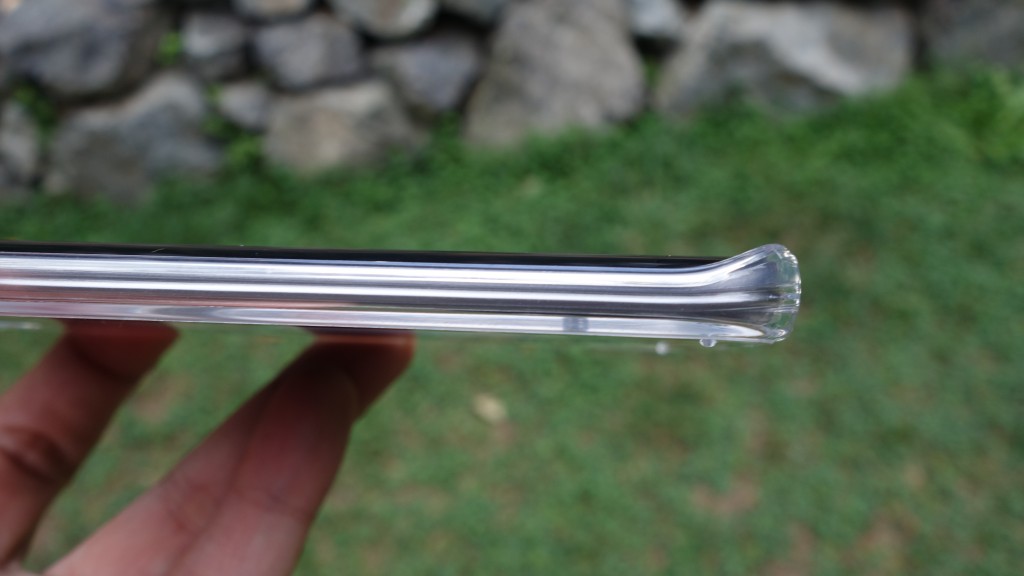 I don’t have fear that the phone wouldn’t survive drops.  However, I can’t express the same feeling for the case, at least regarding the preservation of its clean appearance.  With my causal use, I found that the plastic backing tends to scratch easily.  I’ve only set the phone down on wood surfaces and a multitude of hairline scratches began appearing more and more. They’re occurring on the center of the cases, so I’m assuming that those little risers on the top and bottom aren’t suitable enough.

Another annoyance is small, warping effects that occur as the back of the phone touches the inner case plastic. I initially thought that some moisture got in the case when I put it on.  I then wiped it and but it back on, but I got the same result.

As expected, the case honors the shape of the Galaxy S6 Edge, and gives some clearance on the sides for usability of the curved screen. Overall, I’m satisfied with the PureGear Slim Shell cases for my Galaxy S6 Edge.  The fit is secure and snug.  I have peace of mind that my precious device is protected well enough, all while the slim form-factor is retained.

However, I do stress that PureGear make improvements to the case’s backing.  Scratches happen too easily, and although subtle in appearance, they disrupt the clean look.  Maybe a more scratch-resistant plastic or finish should be looked into.  And while at it, that weird warping effect that occurs at some points of contact between the phone’s glass back and the plastic should be addressed.