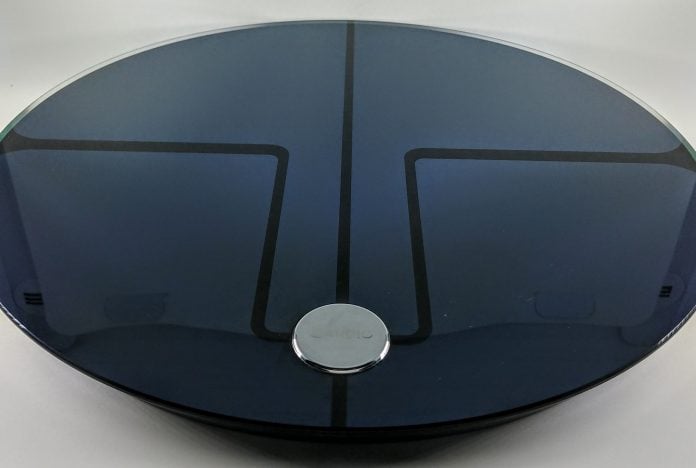 I’ve owned perhaps half a dozen scales in my lifetime; analog, digital, smart, you name it. My current daily use scale is the HTC-made Under Armour Scale, and I love it. It’s solidly made, convenient, full-featured, and fool-proof.

The QardioBase 2 blows it – and all the ones before it – right away. 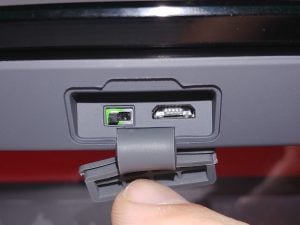 Right when you pull it out the box, you can tell a lot of thought and love went into its design. The glass top is neatly sloped around the edge, and the rubberized bottom casing – not even visible 90% of the time – is soft and cleanly designed, where Qardio easily could have skimped on it. A MicroUSB port is hidden under a flap around the rim, used for wired data transfer and (in a mind-blowing revelation) to recharge the internal 12 month Li-Ion battery. Every scale I’ve ever owned – even the Under Armour Scale – has been battery powered – and we’re talking AAA or C batteries here, not Li-Ion – so having the ability to recharge it instead of replacing the batteries is nothing less than a revelatory no-brainer. Beyond that rechargeable battery, the QardioBase 2 also has built-in 802.11n WiFi and Bluetooth 4.0 – also rare for smart scales, which usually use one or the other or neither. 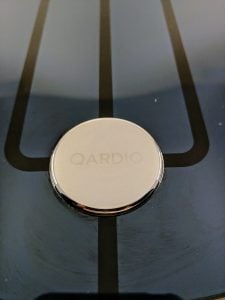 Initially I had some concerns with the QardioBase 2, because it was reading my weight at five pounds lighter than the UA Scale or a dumb, analog one. Flattering though that sudden weight loss was, I suspected it to be inaccurate. Fortunately, with some advice from a very helpful Qardio rep, I discovered it to be user error, nothing more. With the dumb scales of the past, all that’s been required is to stand on the scale and let it weigh you. With Qardio, though, you need to give it a firm tap with your foot to wake it up, allowing it to “zero” itself and accurately reflect your weight.

Operator SNAFUs aside, the QardioBase 2 offers a range of functionality to track your weight progress, be it gains, loss, or the development of a small parasite with a nine month gestation period in your abdomen. The scale will automatically detect which user is standing on it, up to 12 unique profiles. It not only measures weight, but also BMI (which in my opinion is a horrible decision, given that BMI is a deeply flawed, even emotionally-toxic measure of health) and body composition (the percentage of your body weight that’s Bone, Muscle, Fat, and Water). The information is mostly conveyed through the companion app rather than the LED screen, though the emoji that display when you turn the scale on are at once charming and creepy. 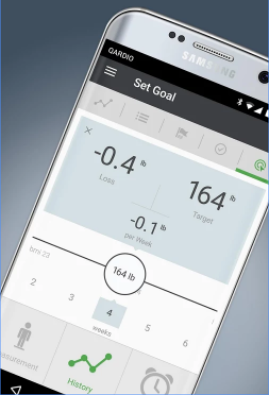 The Qardio app is a simple affair. Unlike the Under Armour app, which strives to be a one-stop shop for all your fitness needs, Qardio’s only has three purposes; to manage your Qardio devices, record your weight progress, and automatically track your activity level (in conjunction with your phone and/or the QardioArm. It can configure your scale to four different modes – Normal (which tracks Weight, BMI, and Body Composition), Weight Only (which is useful for people with a pacemaker or other implanted device), Smart Feedback (which judges your weight gain or loss as a smiley instead of a number), or Pregnancy (if you’re expecting that aforementioned parasite). Overall it’s a pretty simple, unambitious app that more companies should emulate – too many try to be that one-stop shop in a shop full of one-stop shops.

At $149.00, the QardioBase 2 is a little pricy. When compared to other similar models (for example, the Under Armour Scale at $79.99 or the FitBit Aria at $87.79) it’s definitely at the high end of the price sheet. That being said, though, I find it to be in another class when it comes to build quality and ease of use. The QardioBase 2 quickly became my go-to smart scale for daily weigh-ins, and I never looked back. My poor Under Armour Scale is is now collecting dust in the cupboard.

Buy the QardioBase 2 on Amazon