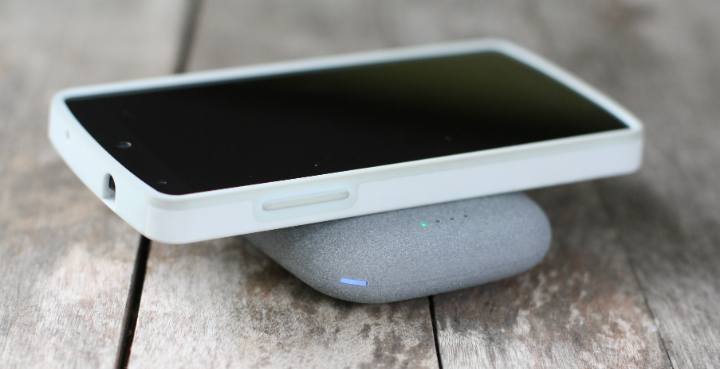 The QiStone+ Wireless Power Bank by Fone Salesmanaims to fix a problem you never knew you had. By eliminating cords (well, sort of), you can now charge your devices wirelessly when you’re out-and-about. With this 4,000mAh external battery pack, you can charge up to two devices at once.

We think the device is just great. But will the price to purchase one change our minds? Find out in our full review below!

The QiStone+ measures 105x72x20mm, which makes it the perfect size to throw in your pocket 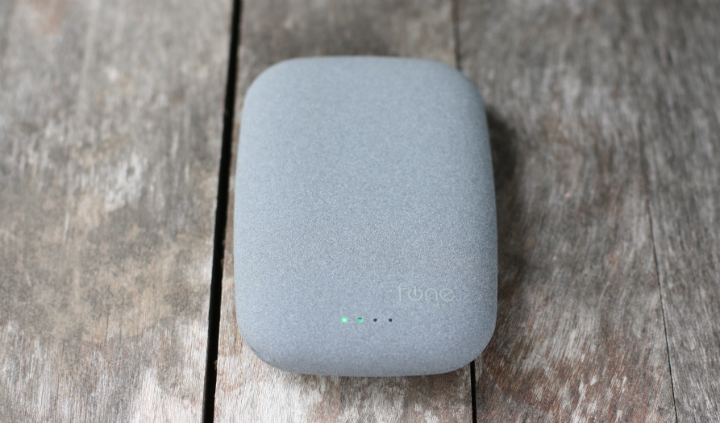 . It also weighs 135g, making it light enough to be unnoticed.

The outside is made of a rubber-like plastic that gives the charger a premium feel. it’s not often a product comes around and looks this nice. it’s smooth, grippy, and doesn’t feel like you’re going to drop it when it’s in your hands. There’s a bright blue light on the front left of the device to indicate when a device is charging. The front center portion houses four little green lights to indicate how much charge is remaining. Around back is the MicroUSB port to charge the device, and the USB 2.0 port to charge other devices. There are also four rubber feet on the bottom to ensure that your device doesn’t slip away.

The device has a 4,000mAh battery capacity, which isn’t the most we’ve ever seen in a portable charger. It’s not a small battery, but it will get most phones charged up once or twice.

The QiStone+ works exactly the way it should. it charges quickly (as long as you have it plugged in), and charges other devices quickly as well. It gives a satisfying high-pitched beep to verify that the device is sitting on the charger properly… something we wish all Qi chargers had.

One thing to think about, though. With a normal power bank (one with a cord), you can still use it when it’s plugged in. With the QiStone+, you’ll likely need to carry around the cord to use it while it’s charging, which is why you would buy this in the first place.

One of the other cool features of the QiStone+ is that if a device is charging wirelessly on it, you can still plug in another device and charge two at once with one of the two included MicroUSB cords. And now on to what I think the is coolest part of the device.

Charge it wirelessly with the KoolPad Qi Wireless Charger 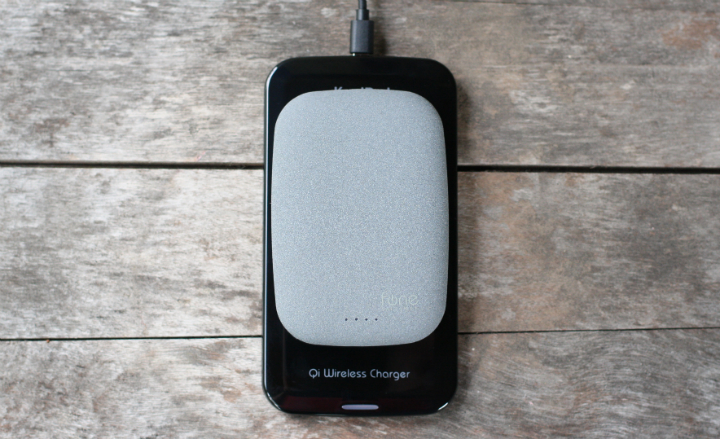 The QiStone+ is Qi compatible as well! If you have an extra Qi charger lying around (we’d recommend the nice KoolPad Wireless Charger), set the device on it, and there you have it. A wireless charger that can charge wirelessly… huh!

Well, that depends. Do you find yourself annoyed by the fact that you have to carry around a power bank and a cord to connect it to your device? Then yes, you should buy this. But at $79.99, it makes it tough to justify buying this over a battery pack with more than double the capacity and a fraction of the price.

I get it. It’s a new idea, and a dang good one. To eliminate the number of cords in my bag is a great thing, but it’s just not worth it to me. Nonetheless, it’s a great piece of hardware that does something really cool and unique, and perhaps it could make your life easier.