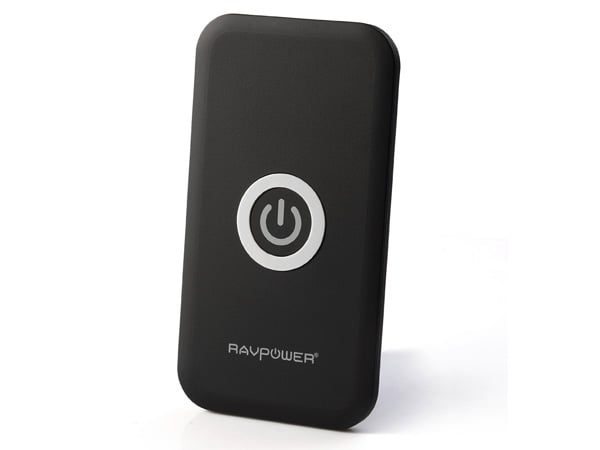 Having used the stock Nexus 5 wireless charger exclusively until receiving this unit, I must say, I much prefer this form factor. There’s no magnet keeping the phone attached, instead the logo in the center of the pad is made from grippy rubber that holds the phone securely enough in place. I’ve always found the magnet in the Nexus brand wireless charger to be a bit overkill for use on a desk.

This charger seems to work better than the other while the device has a case on, due to the rubber grip rather than the magnet.

Charging my Nexus 5 from 2% – 100% took exactly 3 hours. In my experience that’s about what I’ve come to expect from wireless charging.

All things considered, I would have to say for only $35.99 marked down from $99.99 this is a definitely a suitable, if not preferable to the Nexus brand charger.

If you have any of the compatible devices listed on their site:

Check out the RAVPower site and order one yourself!

For review today we have the latest in the popular Kindle Fire series of tablet, the HD 10 Plus. How does the low-priced unit fare?