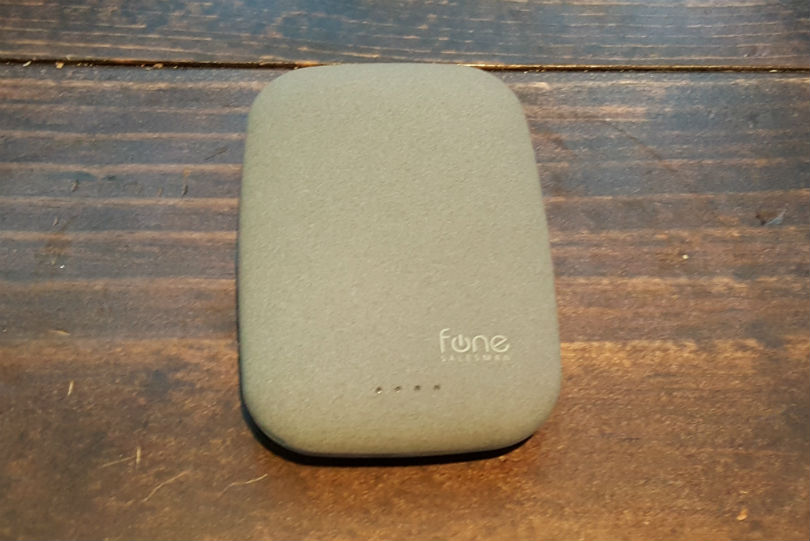 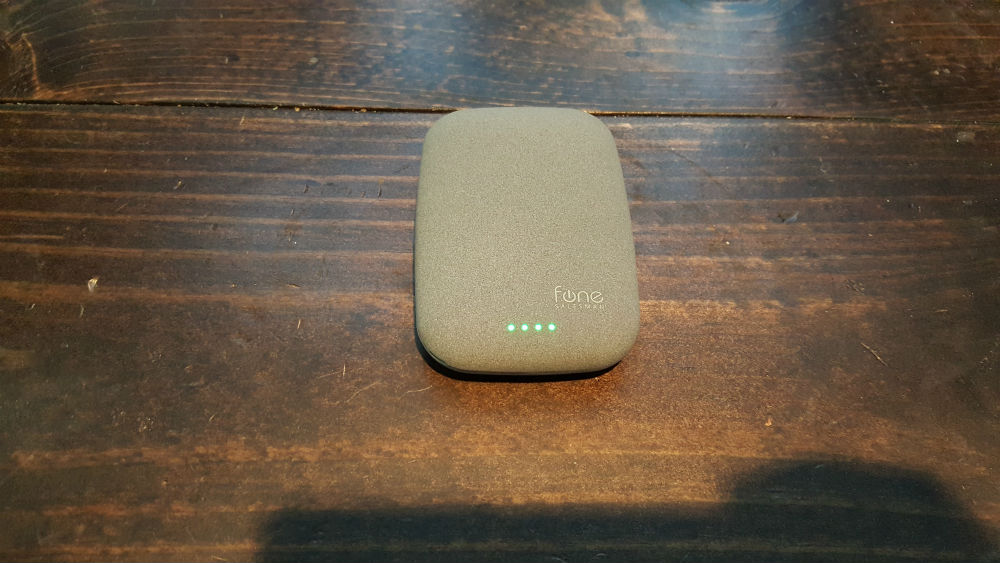 One of the first things you might notice about the QiStone+ is how much the “stone” part of its name really describes it. This thing wouldn’t stick out in your garden amongst the other stones. It’s gray and smooth and only about 4 inches long, almost 3 inches wide, and half an inch thick.

The outside of the device looks like the Sandstone backing of the OnePlus One, but it’s much smoother. If you have a phone with a slippery back, like the Note 5, it won’t fall off this charger without a push, but there’s definitely not a bunch of grip here. It can be good not to have that kind of friction because you don’t want to damage the surface of your phone.

The charging surface is pretty big top to bottom, but where you may run into trouble is left to right. The charging radius doesn’t extend very wide. Luckily, it isn’t that hard to find the sweet spot on this charger. You shouldn’t have to search around for it like on other chargers. When you do find the charging sweet spot, you’ll hear a beep. It’s a loud beep. It’s an annoying beep. And there’s no way to turn it off. If I have one gripe with the QiStone+, it’s that beep. 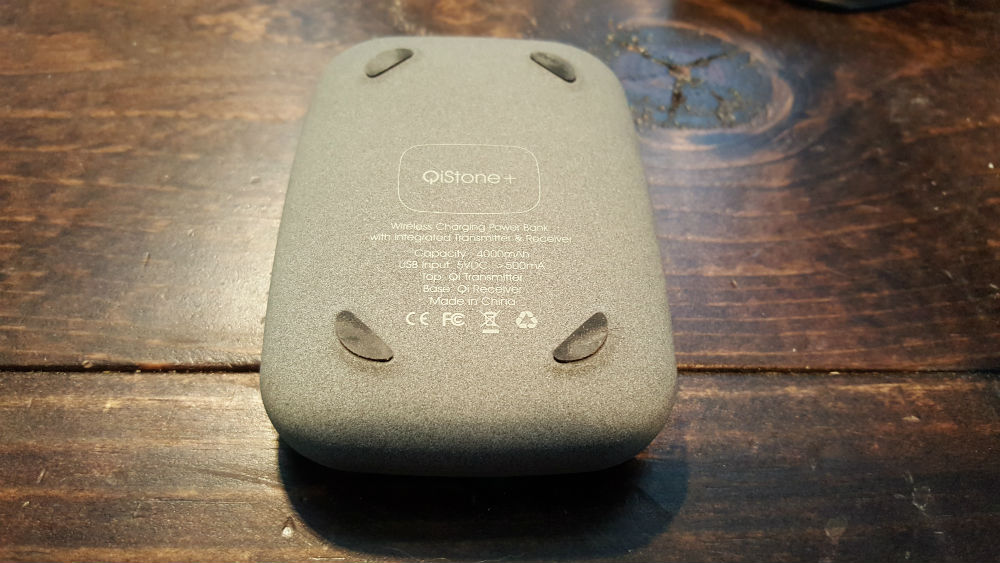 The bottom of the device has some grippy feet and is printed with the regulatory information, along with a QiStone+ logo. Moving your way to the side of the device, you’ll find a blue LED the lets you know your phone is charging if that loud beep isn’t enough. There is a capacitive area on the bottom right corner of the device that, when you press, lights up the four green LEDs. These LEDs are the battery indicators and give you an easy way to identify how much battery you have left to use.

The battery inside is 4000mAh, which is big enough to charge almost all of today’s flagship phones from dead to full. One thing you do need to keep in mind with wireless chargers is that there is some power loss in transfer. The QiStone+ has a charging efficiency of 74.6%, so in real world situations you’re going to get about 3000mAh out of the battery, enough to charge up a Note 5 or Samsung Galaxy S6 Edge+.

In addition to being able to charge your phone wirelessly, there is an additional USB port where you can plug in a cable to charge a second device. Fonesalesman also indicates that using this port, the device can act as a data passthrough device as well. The device does sound hollow when knocking on it, which leaves me wondering if there was more room for a bigger battery. With battery banks routinely reaching over 10,000mAh for much cheaper than the QiStone+, a bigger battery would make this an instant buy for me. 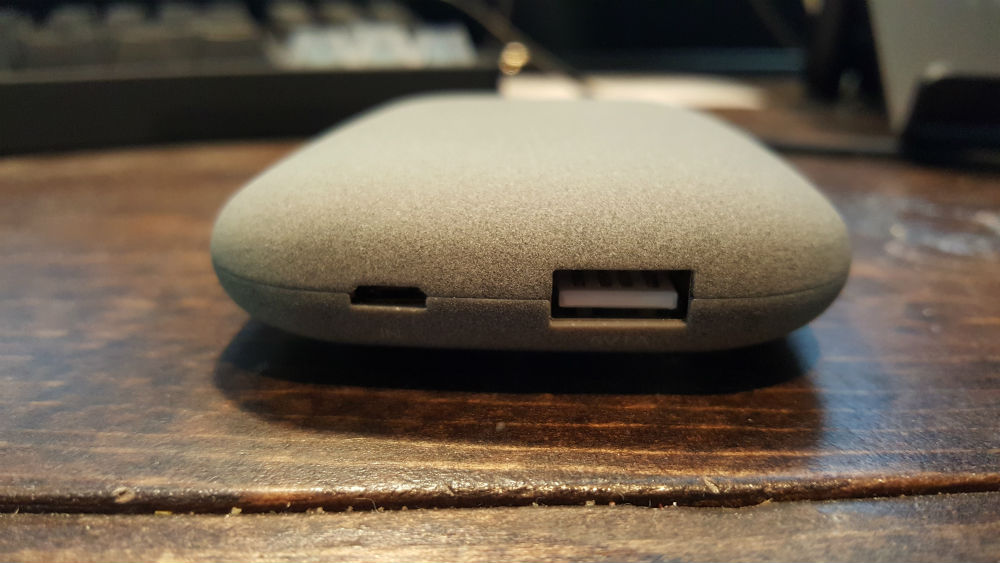 I tested the QiStone+ with 5 cases. I was able to charge my Note 5 with the Spigen Neo Hybrid, Incipio DualPro, Urban Armour Gear, and Ringke Slim Case. I had less than stellar results with the Boxwave Dual+Max Holster Case. I don’t have any more cases that approach how thick the Dual+ Max Holster Case is, but if you have a case like an OtterBox you may have issues wirelessly charging.

I have very few gripes with the QiStone+. The beep is annoying, the USB port only charges at 1A, and it’s a bit on the pricey side. The fact that a $50 charger doesn’t come with a wall adapter is kind of inexcusable, but the positives massively outweigh the negatives.

This thing is so small you can easily slip it into your jeans pocket or a bag when you leave the house. It’s stylish enough not to look too geeky and you can charge a few devices at the same time with it. If you’re one who keeps these in a bag for long periods of time, don’t worry about scratching this thing. I tried my best to get it to scratch in real world situations with no luck. 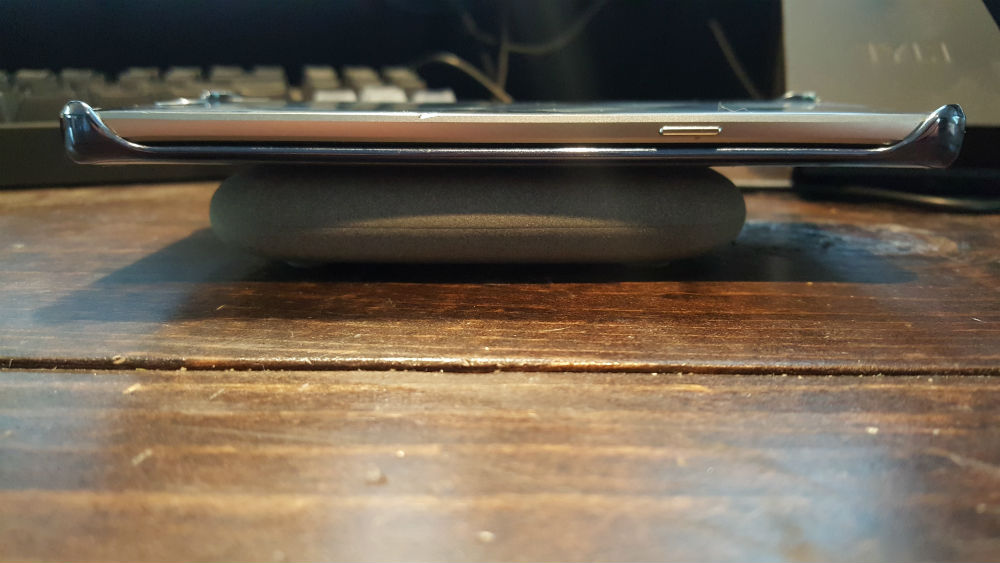 All in all, I would say I recommend the QiStone+. You can pick it up on FoneSalesmans’s website here or on Amazon here. Unfortunately, there are no in-store options.