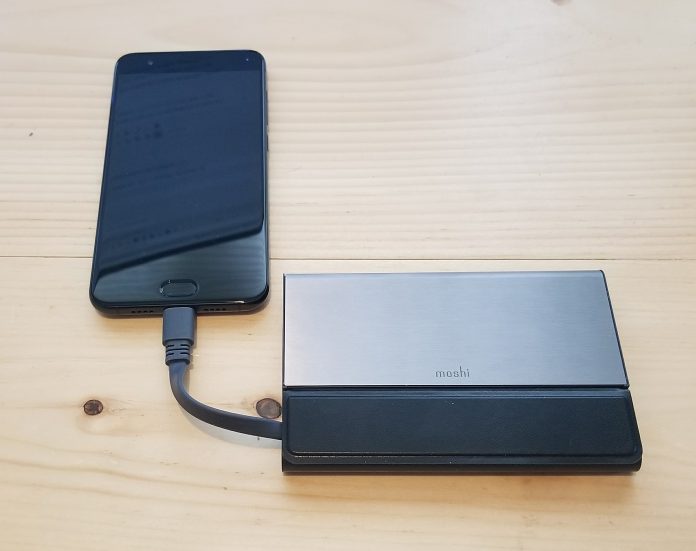 I don’t know about you, but my phone dying adds a great deal of stress to my life. I’ve gotten so used to having my phone around to do every little thing I need that suddenly being disconnected feels foreign. I use my phone for everything from turning on the lights, to changing the temperature of my thermostat, to taking pictures of my daughter and navigating using maps.

For that reason, I’m kind of obsessed with portable battery banks. Yes, there are a million out there and I’ve probably owned or tested about half of them but my search for the perfect one still goes on. Moshi recently sent over the IonBank for me to try out, and I have to say, I’m pretty impressed. Not only does this thing perform very well, it looks fantastic while doing it.

What you’ll notice first about the IonBank is the brushed aluminum and “vegan” leather that sits on the top of the battery. The back and sides have a more traditional hard plastic that stands up to falls and knocks very well. I’ve had the battery for about two months and I’ve not had a scratch on it yet. I love the look of the gray brushed aluminum against the darker leatherette. Moshi described it as Vegan Leather and while it does feel a little bit like leather, you’ll definitely notice the difference between it and real leather. But, if we’re being honest, I don’t need or want leather on a battery bank. Sure, I want it to look and feel good but that’s overkill.

Under the vegan leather flap sits two cables, one USB type-C, and one USB type-A. Battery banks are increasingly embedding the cables and this is a trend that I love. I never have to worry about carrying a cable with me in addition to the battery bank and all I need to charge it back up is a USB port on a computer or a USB type-A wall adapter, which are everywhere. The only situation where this is a negative is if you’re trying to share your USB type-C IonBank with a friend who has an Apple device, but you could always grab an adapter and keep it handy if you run into this situation more than once.

The IonBank also a USB type-A port on the side so you can plug additional cables in to charge other devices. Next to that port is a button and four LEDs that indicate how much juice is left in the battery. The lights don’t get overly bright which is nice for checking out the battery level at night (which I have done more than once) but can be a bit of a hassle during the day. This isn’t a huge problem, but this is such a good battery bank that I struggle to find negatives. 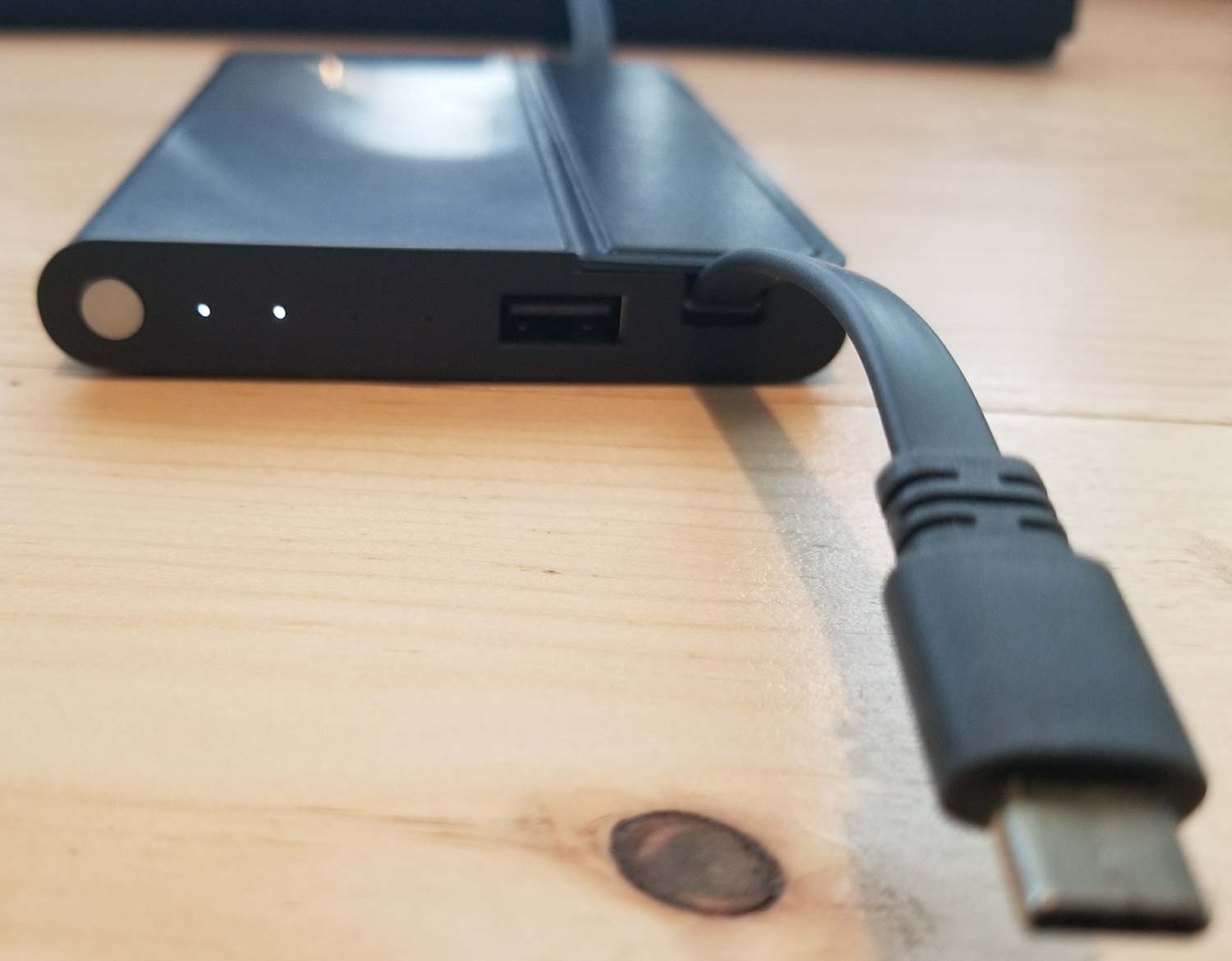 You can get the IonBank in 10k, 5k, and 3k varieties and in a couple of colors. Right now you can only get the IonBank 5K with a USB type-C port on Moshi’s site, the rest have lighting connectors. It charges up at 1.5 Amps which is slower than the version with a lighting cable for Apple device. This is slightly disappointing since Android devices can charge at far faster rates than Apple devices. According to Ampere, I normally pull anywhere from 1010 mA to 1500 mA which is maxing out the IonBank’s stated charging speed. I’ve conducted these tests in the 25 – 75% battery range as this is when most people are grabbing a battery bank.

All-in-all, I really like the IonBank. It’s expensive at $79.95 on Moshi’s site but I think Moshi feels like they can charge a bit more because of the quality materials. Not often are you going to find something that looks this good. I wouldn’t find it out of place on the desk for a corporate officer or executive. Still, it is expensive. There are a lot of other options out there that cost a lot less with a higher capacity. If you’re looking to get something that looks better than those with built-in cables, the Moshi IonBank might be the one for you.