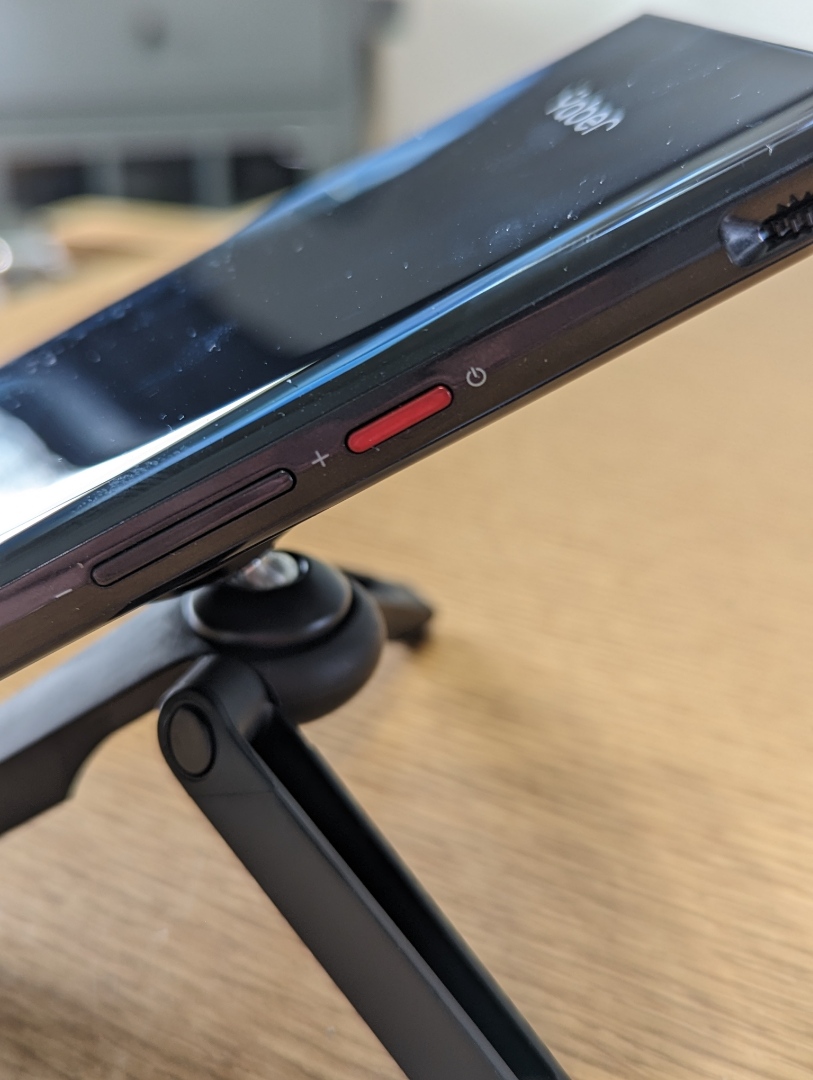 In this episode of the AndroidGuys podcast, Scott Webster and Luke Gaul chat about the Yaber Pico T1. After finding success on Indiegogo the portable projector is ready for its retail debut. How does the tiny unit fare? Read on to learn more and listen to the podcast.

What is the Yaber Pico T1?

The Yaber Pico T1 is a pint-sized portable projector that comes with a remote control and built-in navigational buttons. It runs its own software and can install apps such as YouTube, Hulu, HBO Max, and others. About the size of a portable power bank, it offers USB C screen mirroring, Bluetooth connectivity, and dual-band Wi-Fi support.

Listen to the Episode

We really like the portability of this projector and appreciate that it comes with a carrying case. You’ll need to supply your own power source as it doesn’t have an internal battery, but the kit comes with a portable charging bank.

The magnetic tripod is very handy for desktop presentations and for setting the projector to display at angles. While the 960 x 540 resolution doesn’t sound all that impressive, we were forgiving because of its diminutive size.

Generally speaking, the picture quality is decent with a fair amount of brightness, contrast, and detail to images. We can imagine this working well for office settings, camping, and gaming on the go.

The included remote is much easier to use than the built-in navigation, but we do like that Yaber offers that for quick touch and access.

The operating system was a little bit wonky to get used to at first but once we had things squared up, installed, and logged in, it was pretty much smooth sailing from that point forward.

Where to Buy the Yaber Pico T1

You can learn more about the yaber Pico T1 at Indiegogo and manufacturer’s website where it’s currently listed as coming soon. Based on what we can tell, the price looks to be around $360 when it arrives.