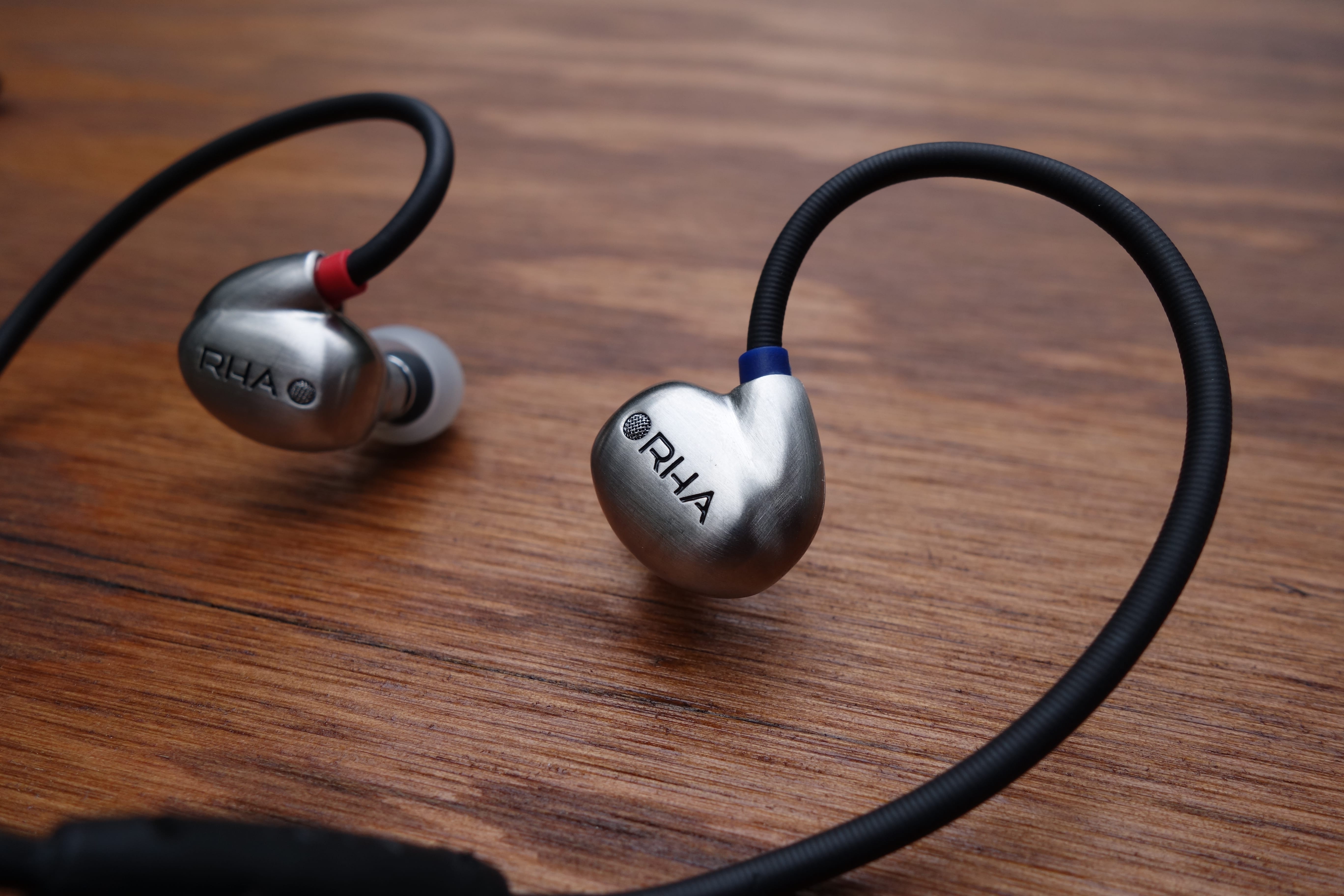 In-ear headphones are aplenty out there. However, there are some that notably standout in the crowd. Don’t be fooled by their size, they can undergo some serious engineering.

RHA is one of those companies that does its own thing and sets its own high standard. Personally, its metal-clad earphone designs have always intrigued me. 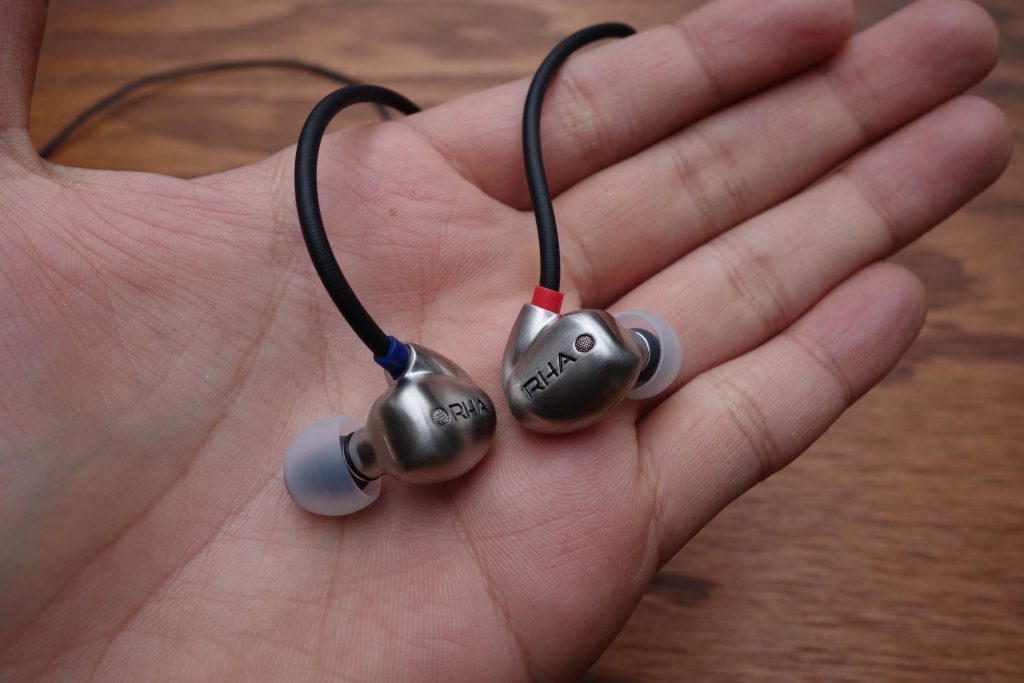 We were given the chance to review the company’s latest flagship, the T20. RHA definitely takes a “if it ain’t broken, don’t fix it” approach, as the new model is a spitting image of the previous T10. Let’s check out what it brings.

Before I get into the earphone design, I have to mention the T20’s sweet unboxing presentation. Everything is laid out in a premium fashion. 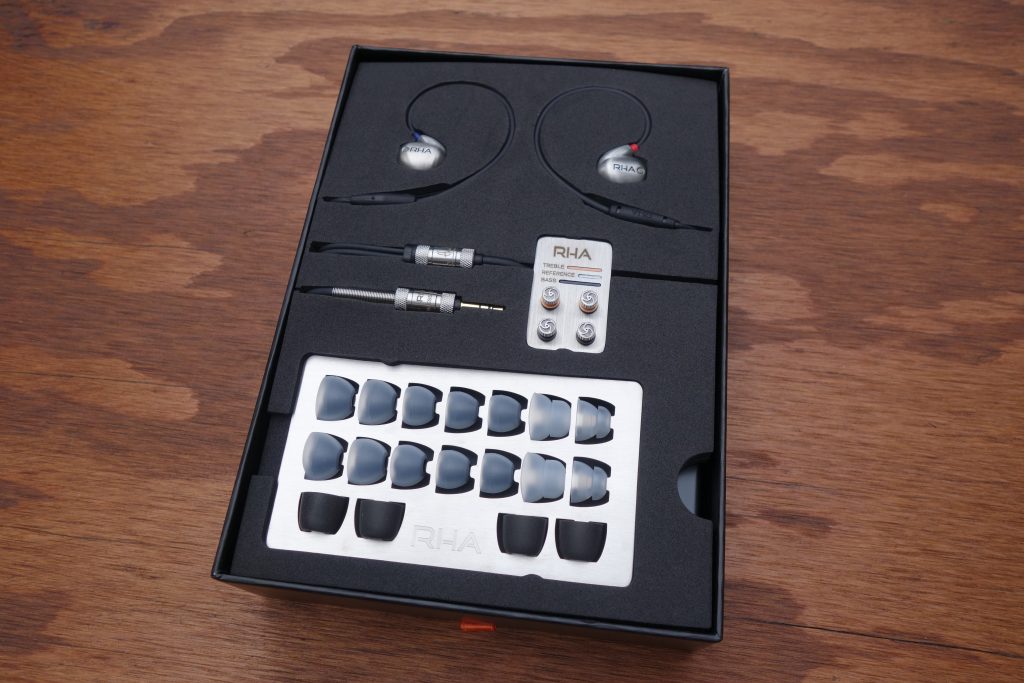 I always appreciate the attention to detail, especially when you’re paying top-dollar. Additionally, you’ll find a sizable zipper carrying case in the box.

As suggested, the T20 carries over RHA’s stapled metal construction. The earpieces are molded via metal injection (stainless steel, to be precise). 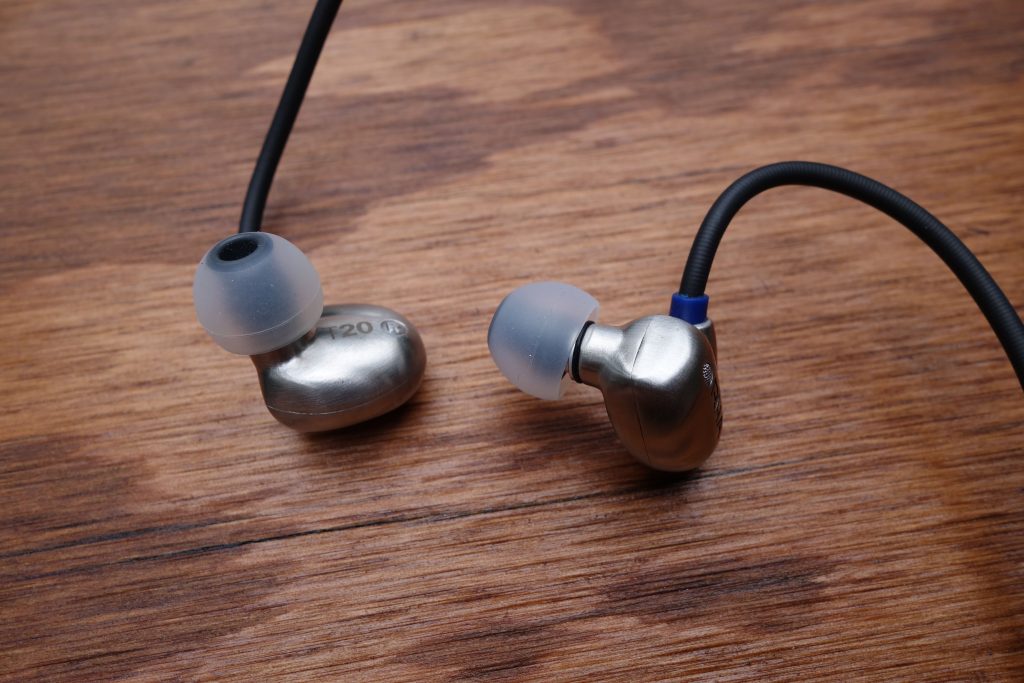 I think they look fantastic in person. There’s a brushed metal finish all about the chassis, and it feels as sturdy as it looks. 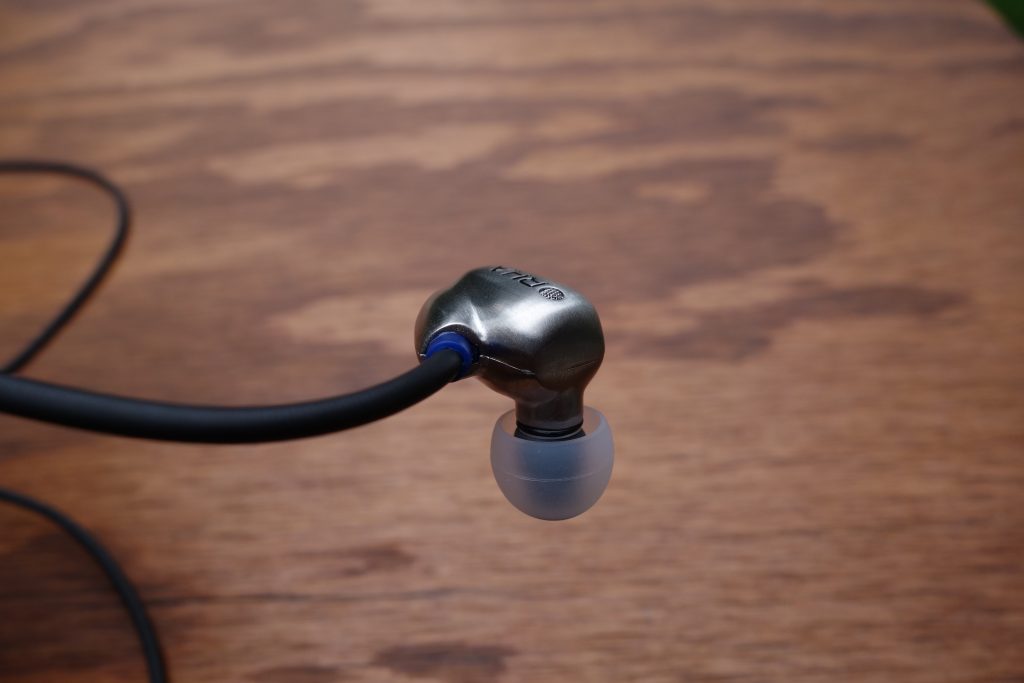 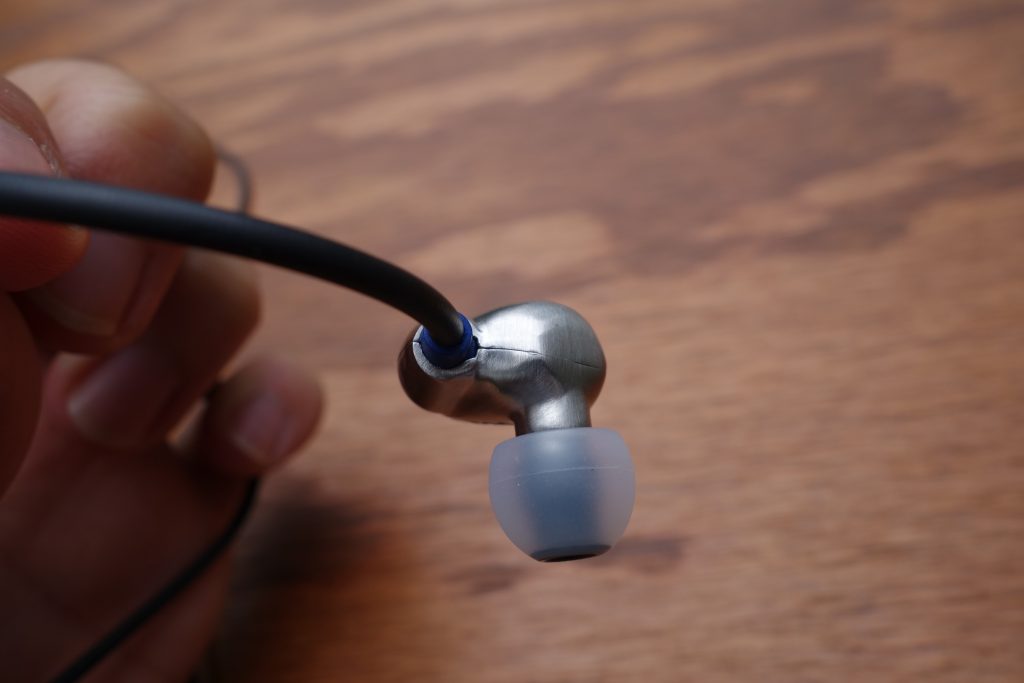 The earpiece design follows what is seen from other high-end earphone manufacturers, like Westone and Shure. This jellybean shape is favored because it routes the cable up and around your ear, instead of just falling straight down. The benefit is a more secure fit and much less microphonics (noise from the cable rubbing on you). You’ll also love this style if you use them to workout. Also like other manufacturers, a memory wire clings the cable around your ear. It has a coiled texture (which I love) and isn’t too thick or stiff. Frankly, the whole presentation screams refinement.

At about 4.5″, the memory wire transitions to the primary cable and a LONG y-split. I don’t know why RHA made the length from this point to the y-splitter (which is also metal) about 1.5 ft. long. Fortunately, there’s a chin slider that keeps things tidy. 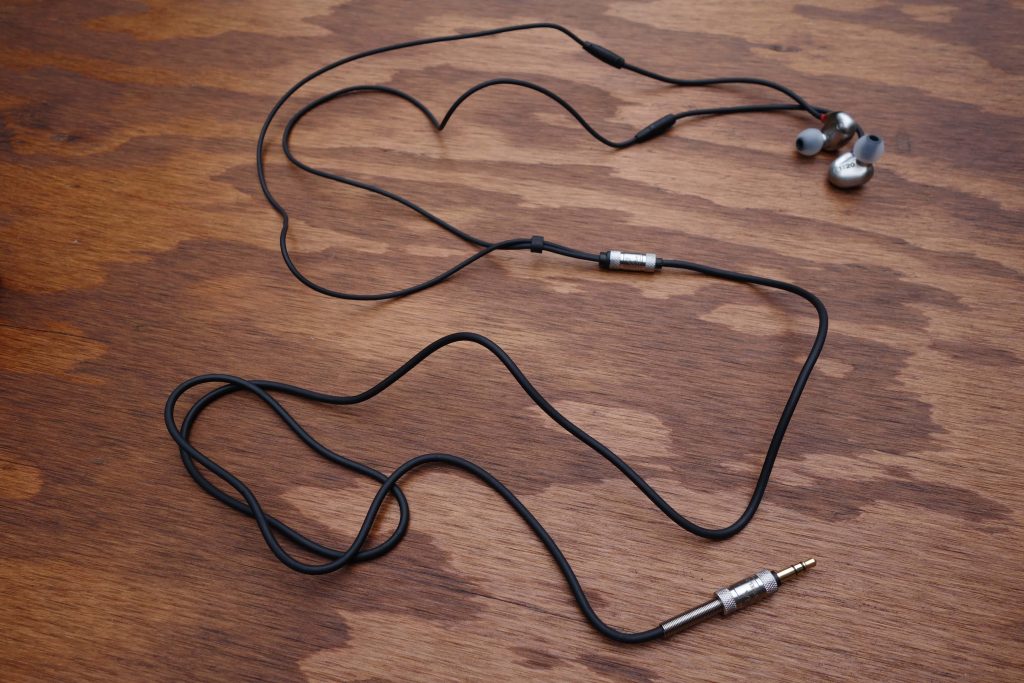 I appreciated how long the entire cable is, at about 4.4 ft. Additionally, I love the cable material. It’s supple (feels like silicone) and really lightweight. Its elastic/springy nature also makes it tangle resistant. The whole thing is an effortless quality.

Lastly, the 3.5mm headphone jack is met with metal coil (I imagine it provides some strain relief). The styling of the metal jack resembles what you’d see in professional audio equipment, and RHA makes that statement clear. 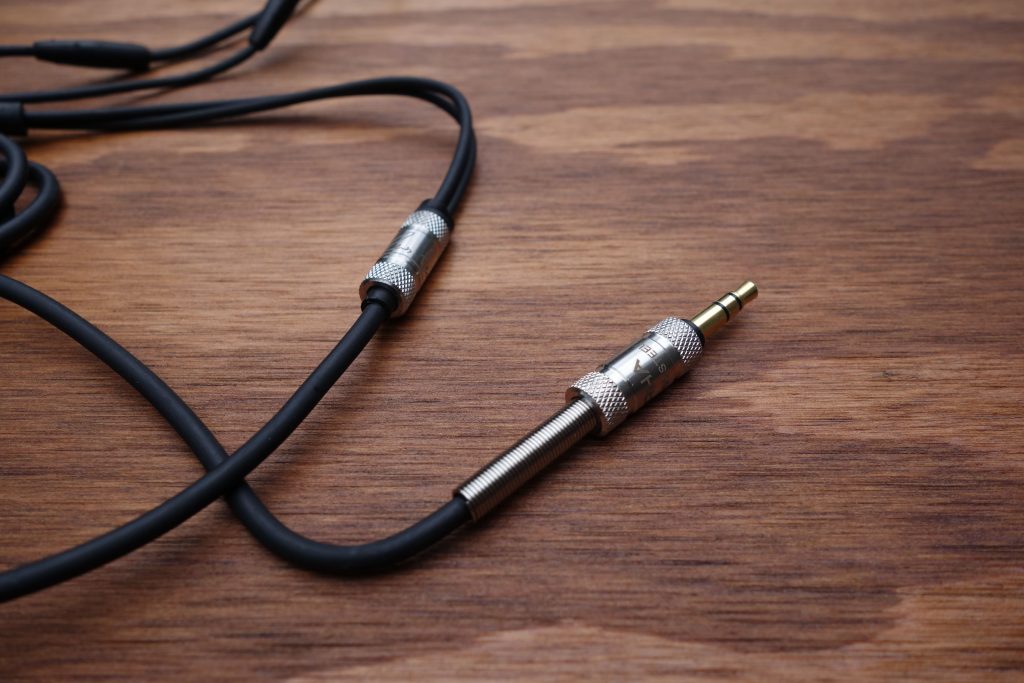 Ear tips are a super important factor with in-ears. If you don’t get a good seal, sound quality will be largely impacted (bass will be weak and sound will leak in and out). Therefore, I appreciate when manufacturers are generous with their included ear tips, and RHA did a great job in this respect. 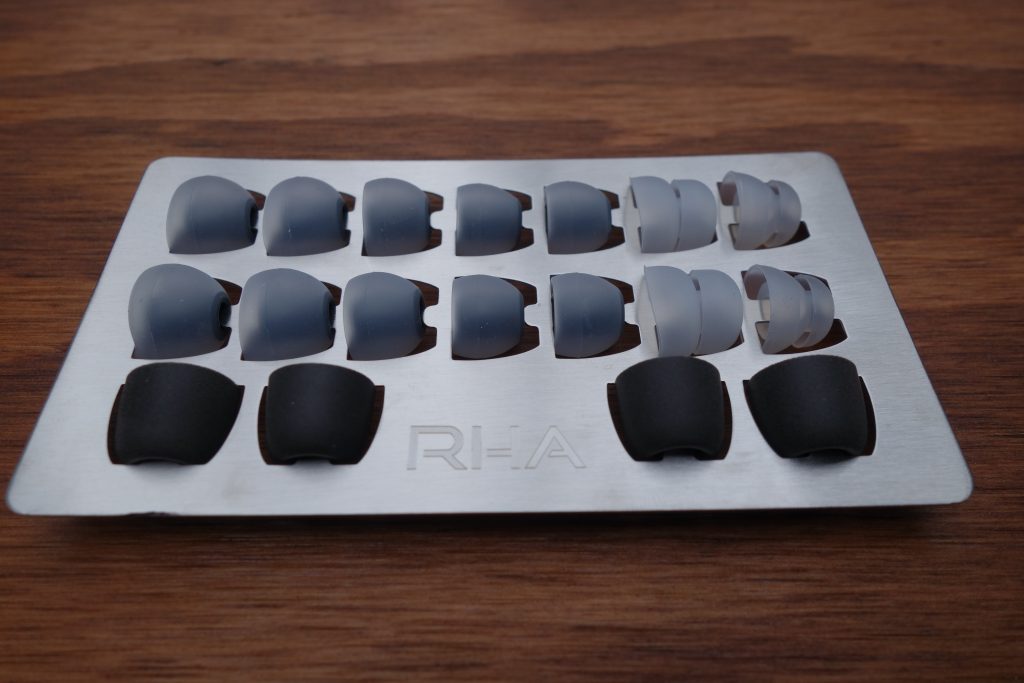 If you’ve used this style/wear of earphones before, then donning the T20 will be familiar. I appreciated that the memory wire was not too invasive. It’s firm enough to stay in place, but not uncomfortable whatsoever. I much prefer it to how Shure handles it, which annoying springs back up when you press it down. RHA’s wire stays where you want it.

Many folks may question if the metal construction makes the T20 heavy. Don’t worry. The earpieces rest snugly/securely in your ear and the cable is extraordinarily light.

RHA threw in an additional feature to differentiate the T20 from the crowd – user changeable tuning filters. This one will probably appeal more to audiophiles, as most users don’t have a problem EQ’ing for their preferred sound signature. But if you care about accuracy, digital tuning is a no-no. 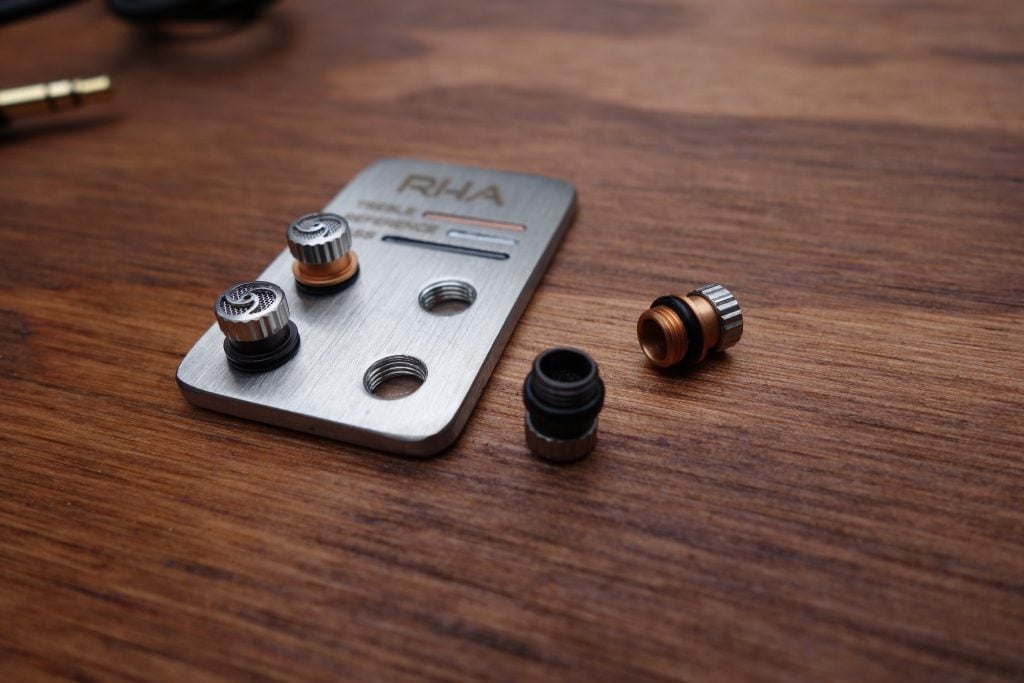 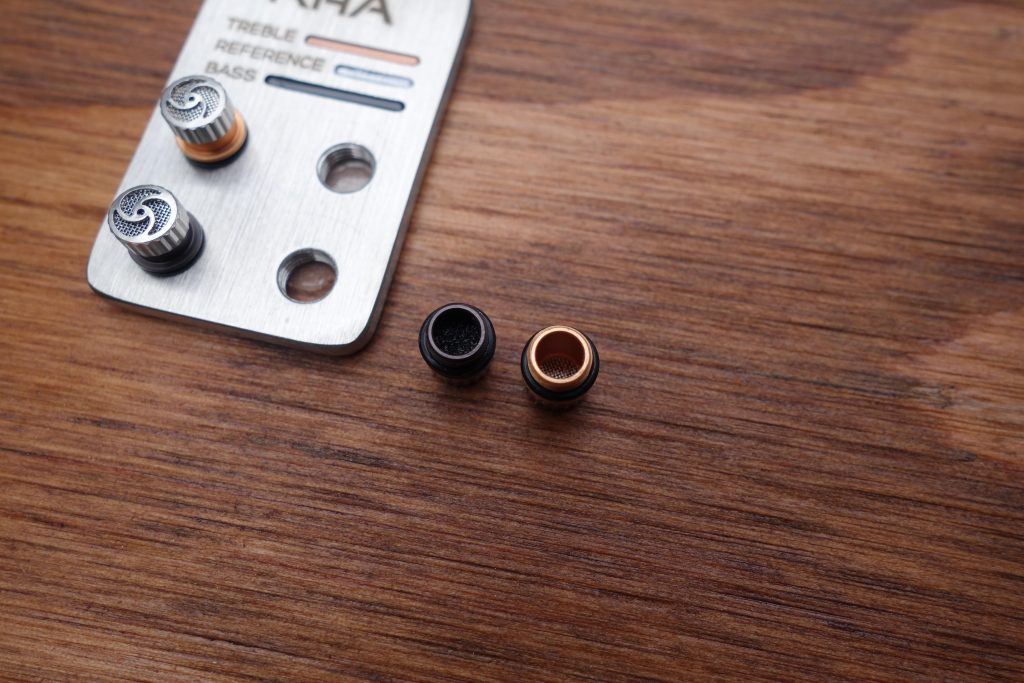 It’s simpler than it sounds. There are two options: more bass or more treble (the neutral filter comes installed). The filters are essentially the nozzles, which screw in. To change them, simply remove the ear tip, unscrew the installed filter, and screw the new one in. 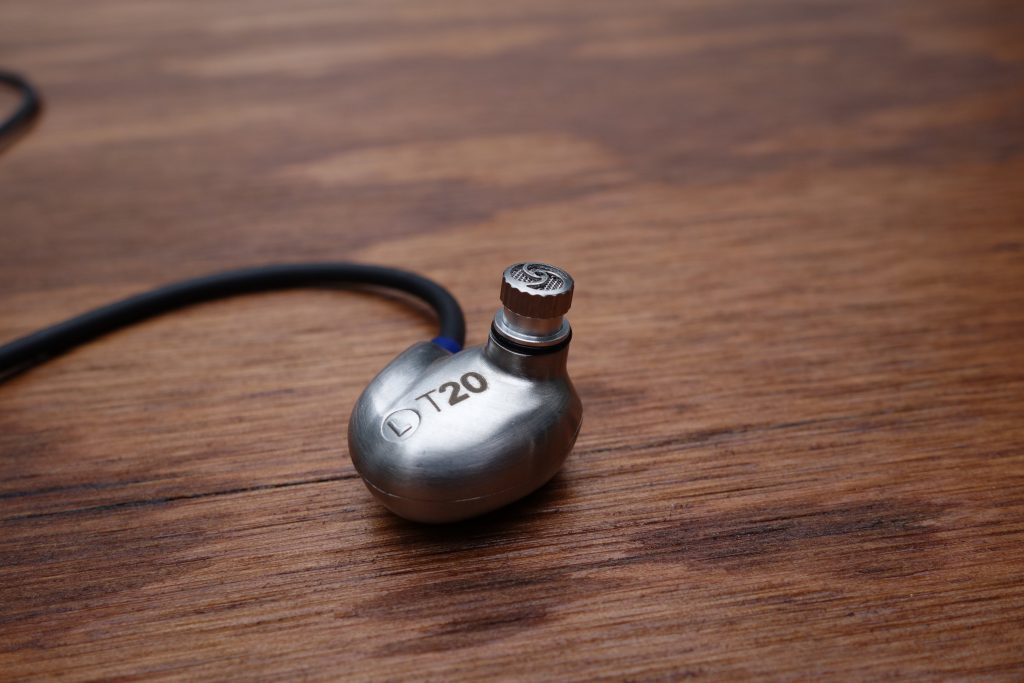 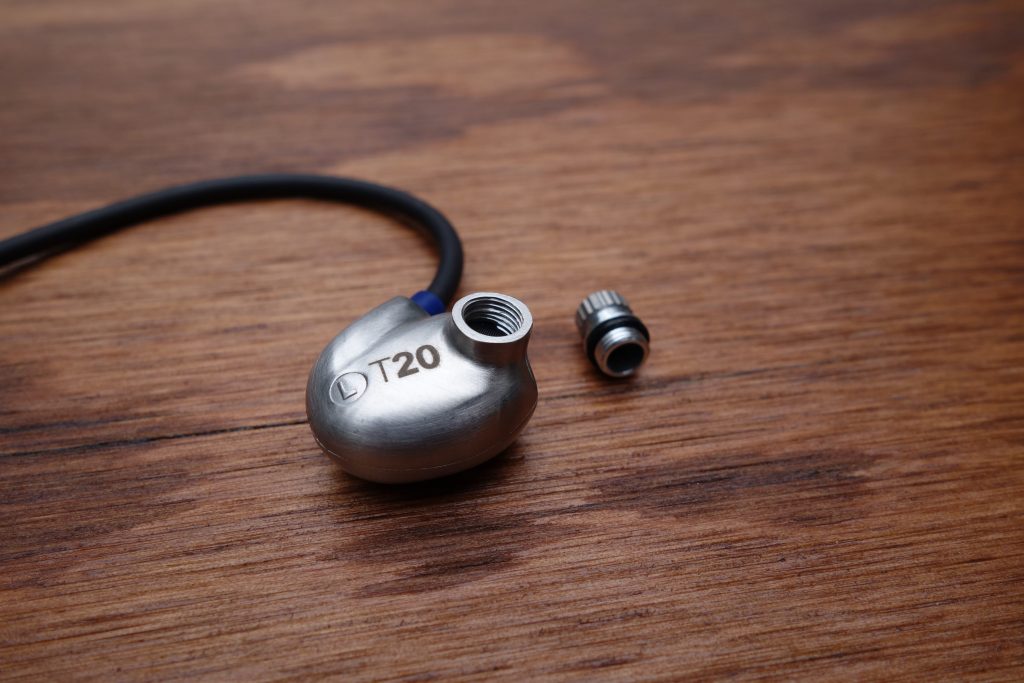 The filters work by either holding back the higher frequencies or not. If you look in the bassy filter, you’ll notice a thick foam insert within, meant to recess the treble (the bass moves forward as a result). In contrast, there is no foam at all in the treble filter, allowing it to output fully. The neutral filter has a middle-ground (less dense foam).

One overlook is that if you’re an Android user, you won’t get in-line remote support. There’s a version of this headphone called the T20i with a remote/mic component, but it’s only made for Apple devices. Instead of creating a variant with a compatible Android remote, RHA simply made the T20, which just excludes the remote. Don’t worry, RHA doesn’t just bring good looks. It makes it clear that the T20 packs the prowess to stand up with high-end competitors. Is that actually the case?

Indeed. This is the real deal. The best way to describe the T20’s sound is a balance between audiophile-grade reproduction and musical impact. What I mean by this is that all the frequency ranges across the spectrum show their fair share of detail, while the bass is emphasized for a pleasing punch. Most users love a relevant bass response, so the RHA will appeal a majority of the market. But from an audiophile perspective, it may be too much. Thankfully, this is where the interchangeability filter system really shines. We can correct these characteristics (although, one can argue that the neutral setting isn’t necessarily “netural”).

When you look into the technological details of the T20, you’ll see RHA throw around an approach called DualCoil. This pertains to how RHA engineered the T20’s dynamic driver to deliver a higher resolution sound. It essentially added an inner coil to the driver’s magnet, whereas traditional dynamic drivers only have an outer one. I won’t pretend that I know the science behind it, but I imagine that an extra coil allows for better control and more accurate response from the driver.

I sure believe in it, because my ears hear a highly detailed and smooth reproduction. My only gripe about the neutral setting is that the sound signature is slightly V-shaped (favoring bass/treble over mids). This isn’t uncommon, and I’ve heard more skewed spectrums, but I would’ve like a more balance. As a result, the mids sound a little confined compared to the prominent frequencies. Switching to the treble filters does help, but to an extent. The mids still sound slightly veiled to me. I’m nitpicking though, it’s not that bad.

The soundstage and imaging of elements within that space are both good. I wouldn’t call them exceptional (you will get a more expansive experience up the price chain), but they’re above average. Ultimately, sound-wise, the T20 are where they should be at their price-point. Actually, overall, I feel like they exceed their price. I was impressed by the RHA T20. They showed a lot of promise and I feel like they exceeded my expectations. No doubt, if you have this kind of budget (they run for $239), you can’t go wrong here. And this is coming from someone who owns much pricier in-ears. The law of diminishing returns certainly applies to high-end in-ears, and the T20 kinda hits that limit of where you should reasonably stop. Job well done, RHA.