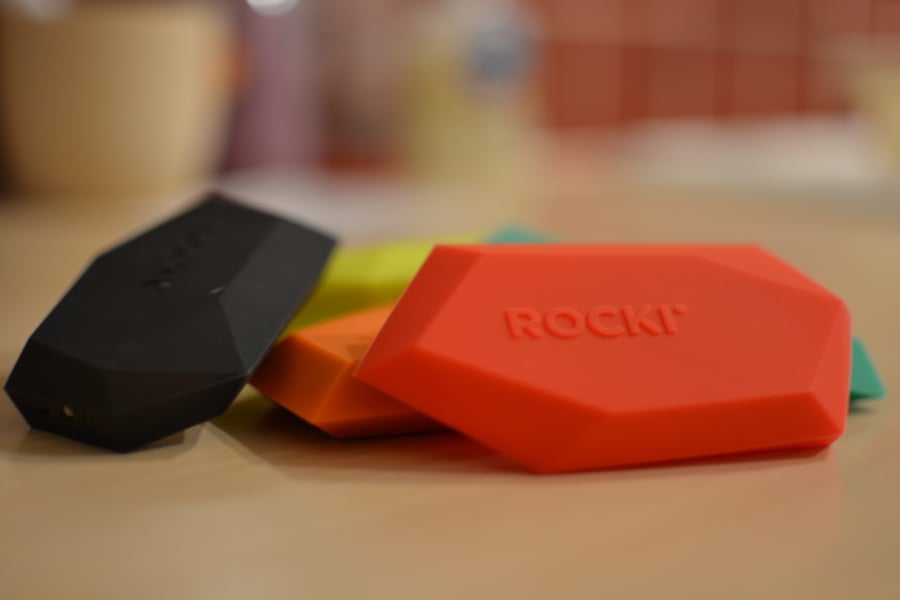 ROCKI: PLAY is a fantastic little product that was born as a result of a massively successful Kickstarter project, and I’m lucky enough to have gotten my hands on one courtesy of the lovely ROCKI team and their marketing partners.

We’ll start off by looking at the design, and the standout feature when you first check the ROCKI out.

The device is simply beautiful!

With a polygon type feel to it, the ROCKI just screams to be looked at, and is not one of those devices you’ll want to hide away behind a cupboard or cabinet in your living room – you’ll want to put this on show for all to see.

It’s worth pointing out that I didn’t get 5 separate ROCKI devices, since the image below shows the removable covers that can be applied to the ROCKI unit – yes, that’s right, not only does it look fantastic, but you can also change the colour of it without too much effort at all. The covers are made of a rubbery material and feel very well made and solid, not like they’d easily rip in your hand when applying pressure. 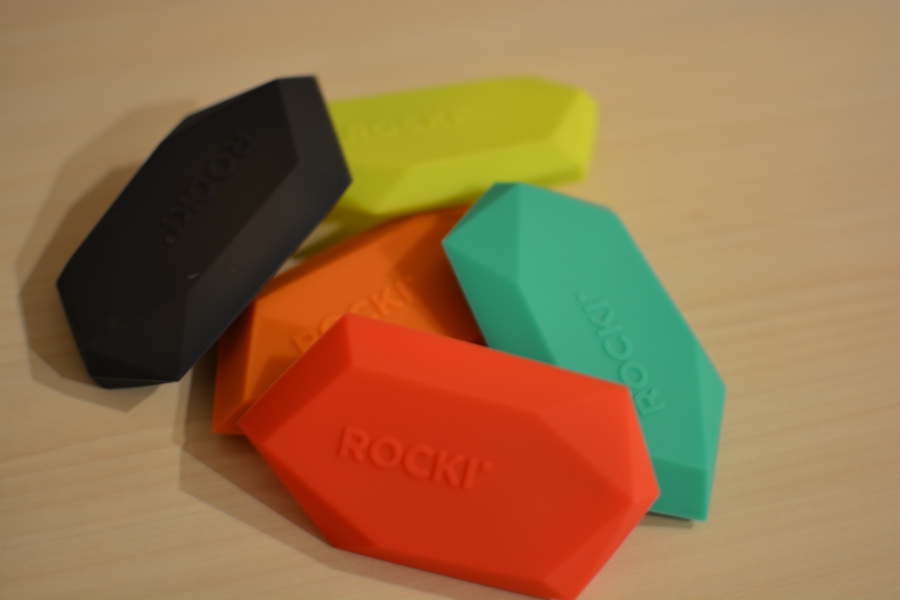 The ROCKI easily fits in the palm of your hand and has a flat bottom so can be placed flat on a surface easily. There is an aux out as well as a micro-USB port for charging on the side of the device. There is also a boot pinhole button on the bottom of the device to reset everything should you wish to return the device back to factory settings.

Not only does the ROCKI look the part but it brings a function to the market which currently is pretty much only achieved (well) by Apple’s AirPort express, and ROCKI even offers benefits over those too.

ROCKI will take any aux of phono feed from any set of speakers and will make itself a wireless receiver to enable music streaming to that once old and forgotten speaker system through the ROCKI iOS and Android app, or through a little workaround we documented using AllCast. Once the ROCKI is all set up and connected to speakers, it works pretty much like any other AirPlay receiver for those that are used to that technology. The ROCKI app will locate the ROCKI unit on your wireless network and offer it as an option to stream your locally stored music to from your Android or iOS device.

Currently that’s really the only downside to ROCKI in that the app can only stream locally stored music content on your mobile device. Support for Spotify and Deezer is confirmed to be coming to the app, and that will really round off the functionality for the ROCKI device.

However, since I was using a rooted device paired with AllCast, the ROCKI just acted like another AirPlay speaker on my network and could receive audio from Spotify with no issues, outside of the ROCKI app. Since this isn’t native functionality, to maintain the full experience, you should wait for official support through the ROCKI app, but it’s a little workaround for the mean time. 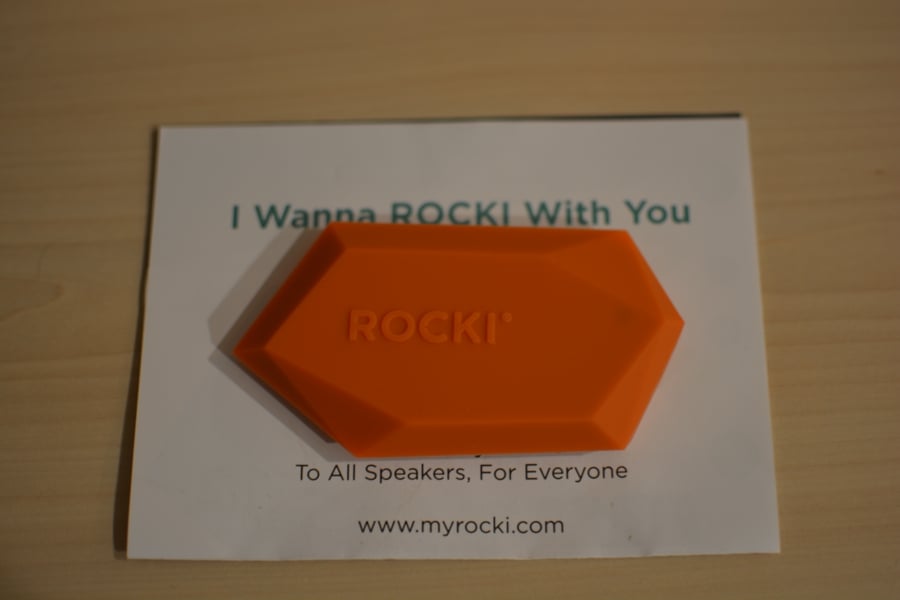 Audio sent to the ROCKI is crystal clear, with no degradation from what I could hear anyway. The device performed extremely well and never failed to perform on demand when called upon. The battery has still only been charged a few times having survived several hours per day of being switched on.

The only issues I had with ROCKI is the initial setup where I came into a few issues with the device connecting to my WiFi network. For some reason it would not complete the initial setup when connecting to one of my wireless networks, and would tell me I had entered the incorrect password. ROCKI support was fantastic and offered their assistance immediately, but eventually it accepted my password and proceeded to complete the initial setup. I must stress that this is the only issue I’ve had with ROCKI and it has been super stable since, and a pleasure to use.

The ROCKI is deservant of one of our highest review scores yet, and really only is let down by the limitations of the accompanying app only being able to play local content since most people do rely on streaming services to retrieve their content. However, when Spotify and Deezer support is added, and here’s me hoping Google Music All Access, the ROCKI is undeniably a must have device.

The ROCKI: PLAY is now available to order from their website starting at only $49.00, and I definitely recommend everyone orders one!