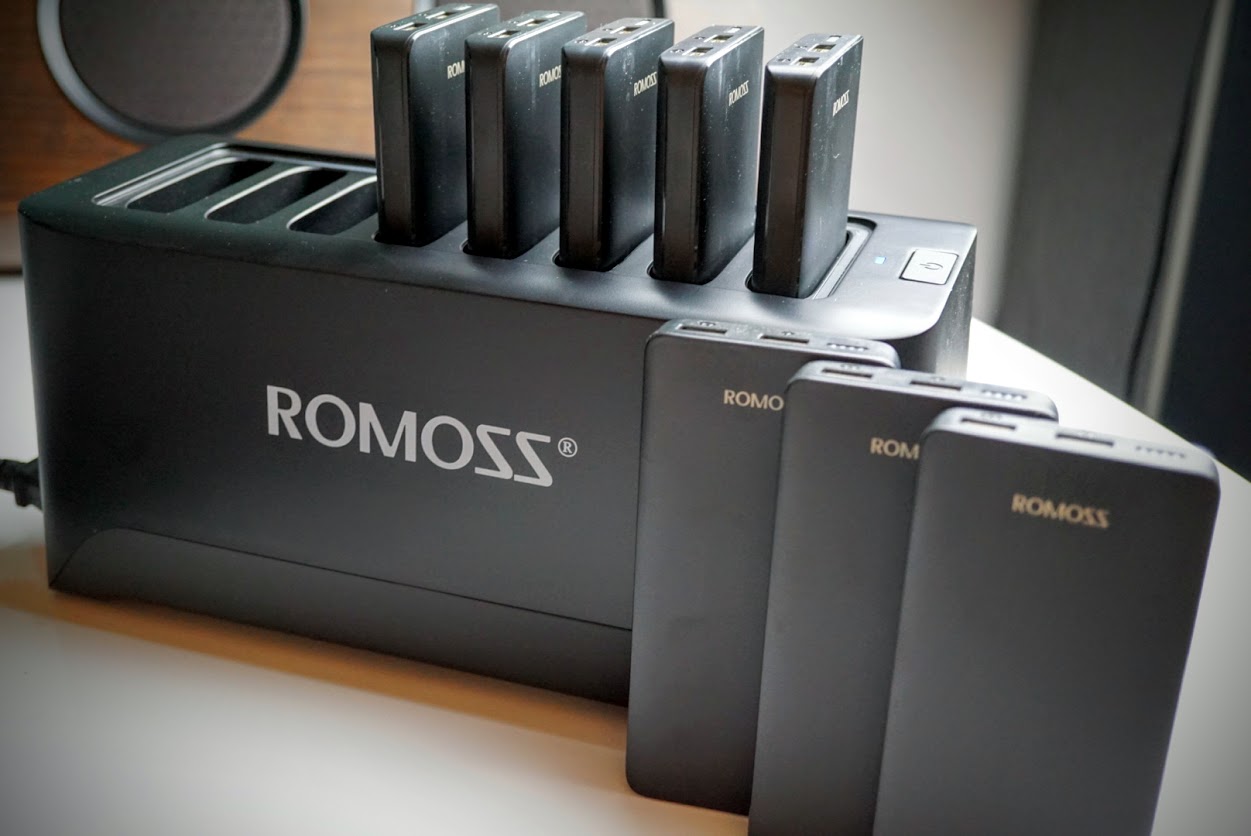 We review quite a few portable power banks at AndroidGuys. Generally most portable charging solutions are rather boring, but they’re essential for many of us as our smartphones, tablets and other tech gear need power beyond the typical charge.

Have you ever been at the gym, a restaurant or at a coffee shop doing work/homework when you ran out of power? It’s happened to all of us and the anxiety of losing power is real in the age of the smartphone. LG has named it ‘Low Battery Anxiety’; instead of offering us smartphones with two day battery life, we are still stuck with subpar battery performance on our devices.

The need for power on the go is only growing as we increasingly use our devices, especially in cases like Pokemon Go which is a leach on battery life. Backup power is also becoming more of a necessity due to the power outages caused by weather, natural disasters, and other odd scenarios that are occurring much more frequently.

I’ve been using something for the past month, that I had never even heard of, until Romoss informed me of its charging station that holds and charges eight battery packs. For a single guy like me, this charging station is well beyond my needs.

Those with large families, or small business owners who try to differentiate themselves by providing free power to their customers, like gyms, coffee shops, restaurants, and other public venues, the Romoss Charging Station is an investment that will keep your clients ‘Low Battery Anxiety’ free. 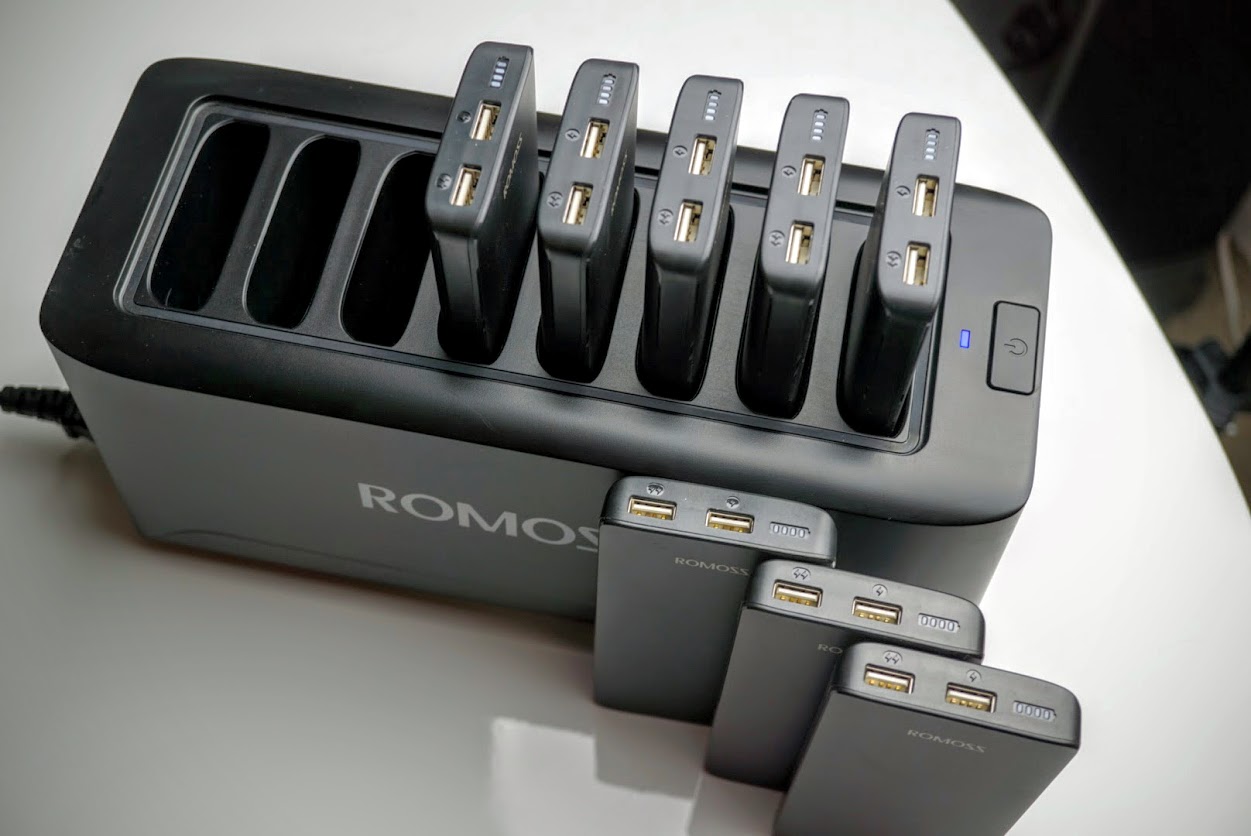 At first glance the Romoss Charging Station reminds me of a toaster oven on steroids. Instead of two slots, it has eight, and instead of dropping bread into those slots, they’re made to accept and charge eight individual portable power banks.

The Charging Station is made of matte black plastic that can be customized to suit individual business needs. If you opt for black, it comes with a matte finish which keeps away scratches and fingerprints. The build quality is top notch; all of the seams line up perfectly with no overlap of plastic on the edges. The station itself has one power input that accepts standard 100-240V, and can be daisy chained to keep wires clean if you need more than one. 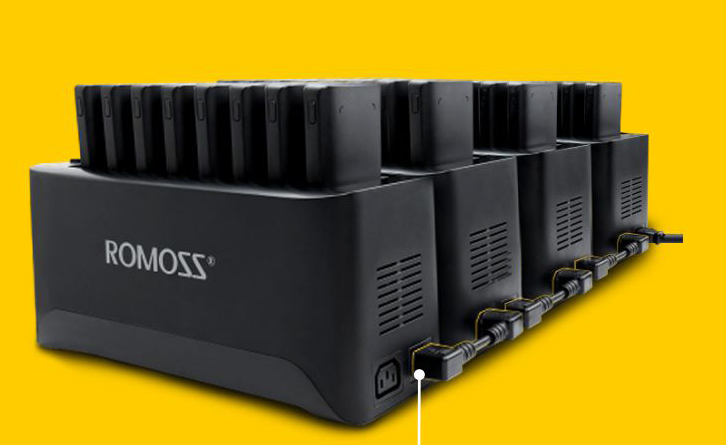 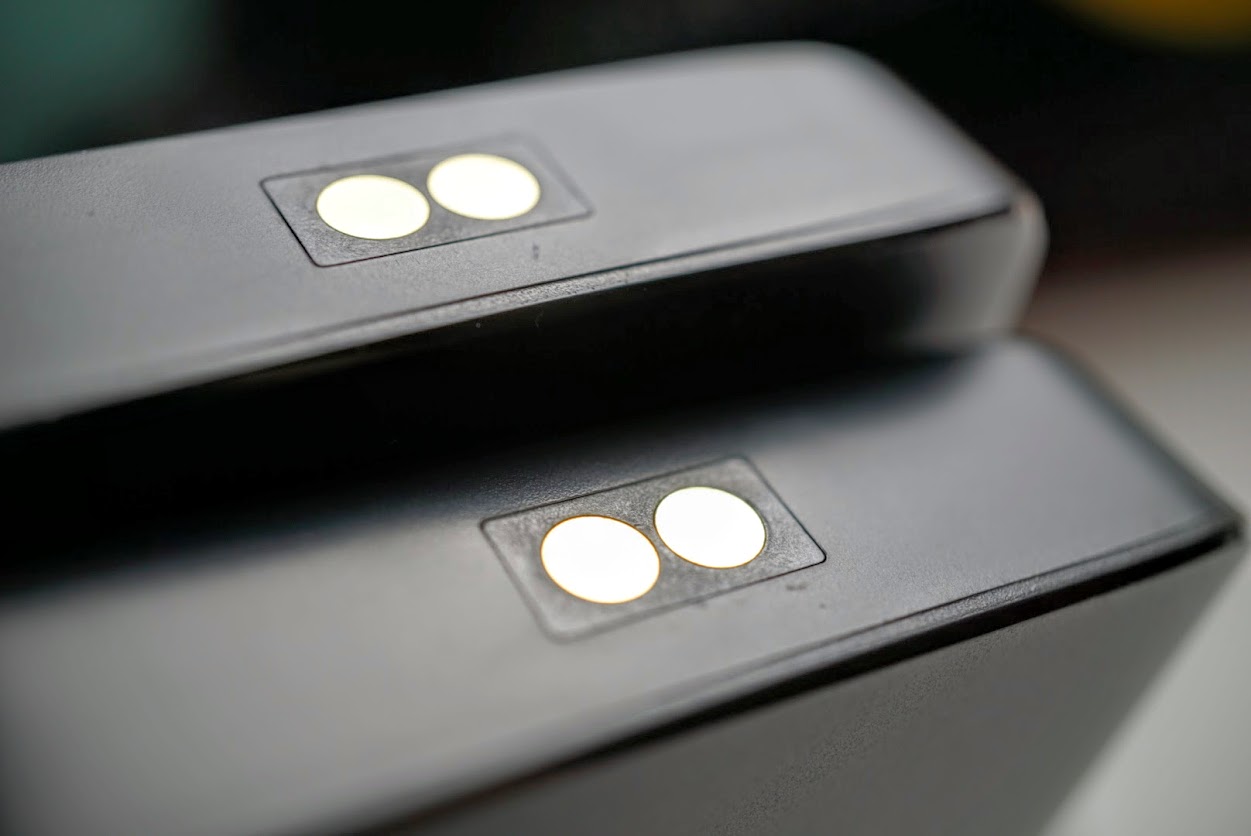 There’s a fan to keep the charging station cool while it’s under max load and recharging all eight batteries at the same time. 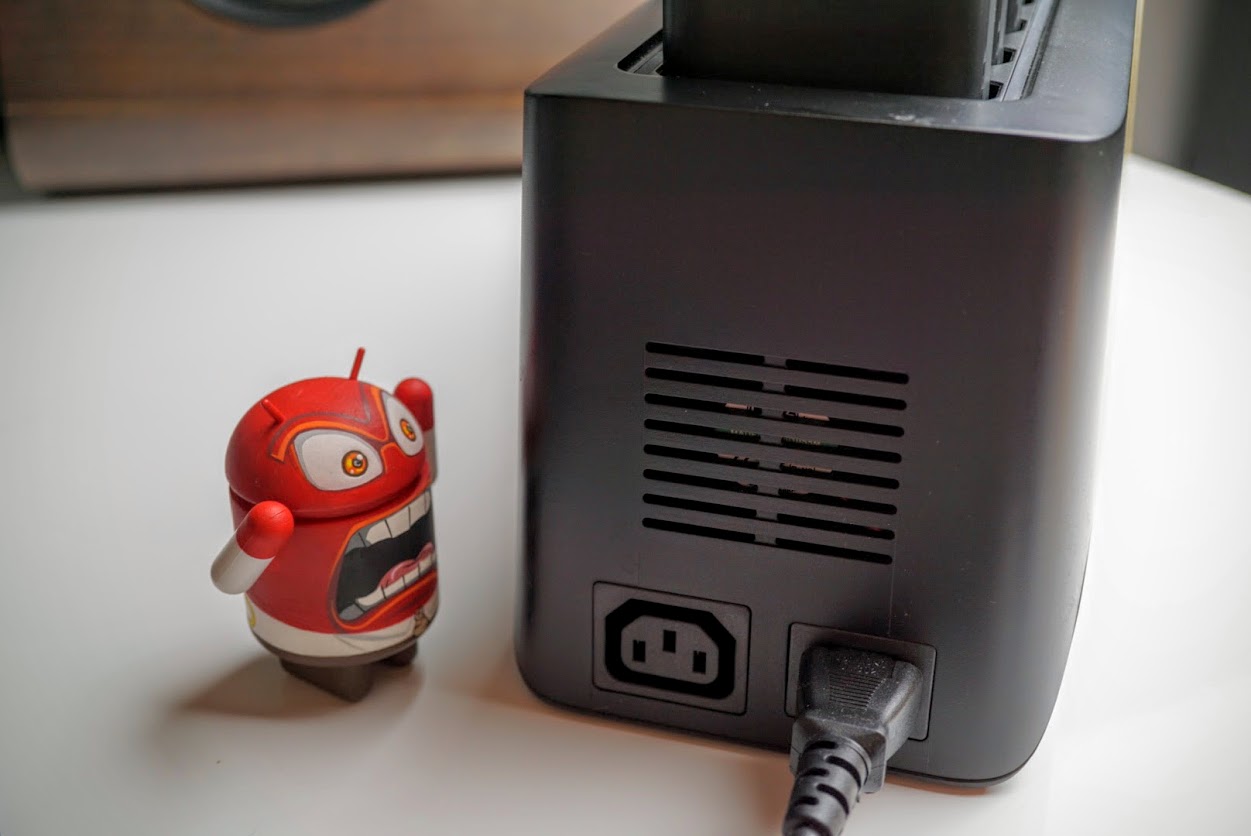 The fan kicks on for no more than 30s at a time in my experience, and is barely audible unless you are sitting right next to it.

Each individual battery pack has a 10000mAh rating, which is enough to charge most smartphones 3-4 times. There are also dual USB output ports so users can charge two devices at the same time at 2.4A which is the fastest iOS devices can be charged, but not quite fast enough to keep up with Android Quick Charge 2.0 and 3.0 standards.

Romoss kindly includes eight coiled charging cables with combo microUSB/lightning charging tips to suit almost all needs. It did not come with USB Type-C cables but it still can charge those devices safely with intelligent circuitry built into each power pack. 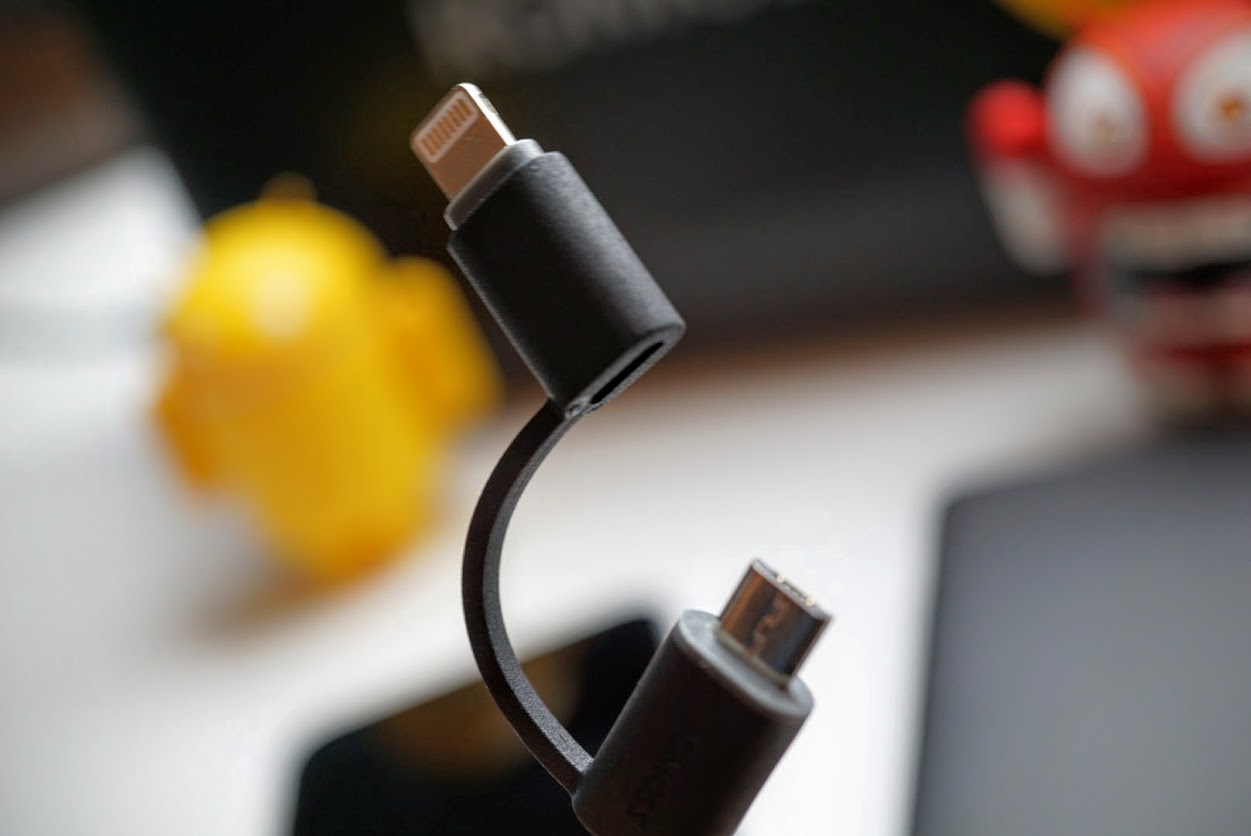 The only downside to the cables is the fact they are not permanently built into each battery pack. While you would hope users wouldn’t take them, it’s simply too easy not to in this case.

It’s nearly impossible for me to test out every single battery pack on my own. While I do not work in a coffee shop or gym, I do work a M-F 9-5pm job with 200 other employees at a biotech in San Diego. My colleagues provided the perfect testing ground for this review.

I dropped off the Romoss Charging Station in the Research group’s meeting room where we have most of our meetings, and get-togethers as well. At first the group thought the concept of the charging station was a cool novelty, but within a few days I would check on it and it was being used regularly. I frequently saw the station empty as some colleagues would bring the battery packs into the labs, offices and even home.

Since 10000mAh is enough to charge most phones 3-4 times, I had colleagues who gave me feedback that they loved taking them on the weekends on their family excursions. More importantly, it provided power to those who forgot to charge their phones before coming into work. Instead of bumming a charge off of someone else, they would grab an individual power bank and return it when finished. Romoss even provides a large vinyl sticker indicating what the charging station is so people don’t stare at it in confusion.

My coworkers use a variety of smartphones; iPhones, Nexuses, Galaxies, and a variety of budget smartphones I recommend to them as an alternative to higher priced flagships. Not one of them had a single complaint about the battery, and I work with some whiny people. The Romoss Charging Station scores high marks there for ease of use and reliability. We’ve used the station for over six weeks without a single complaint. 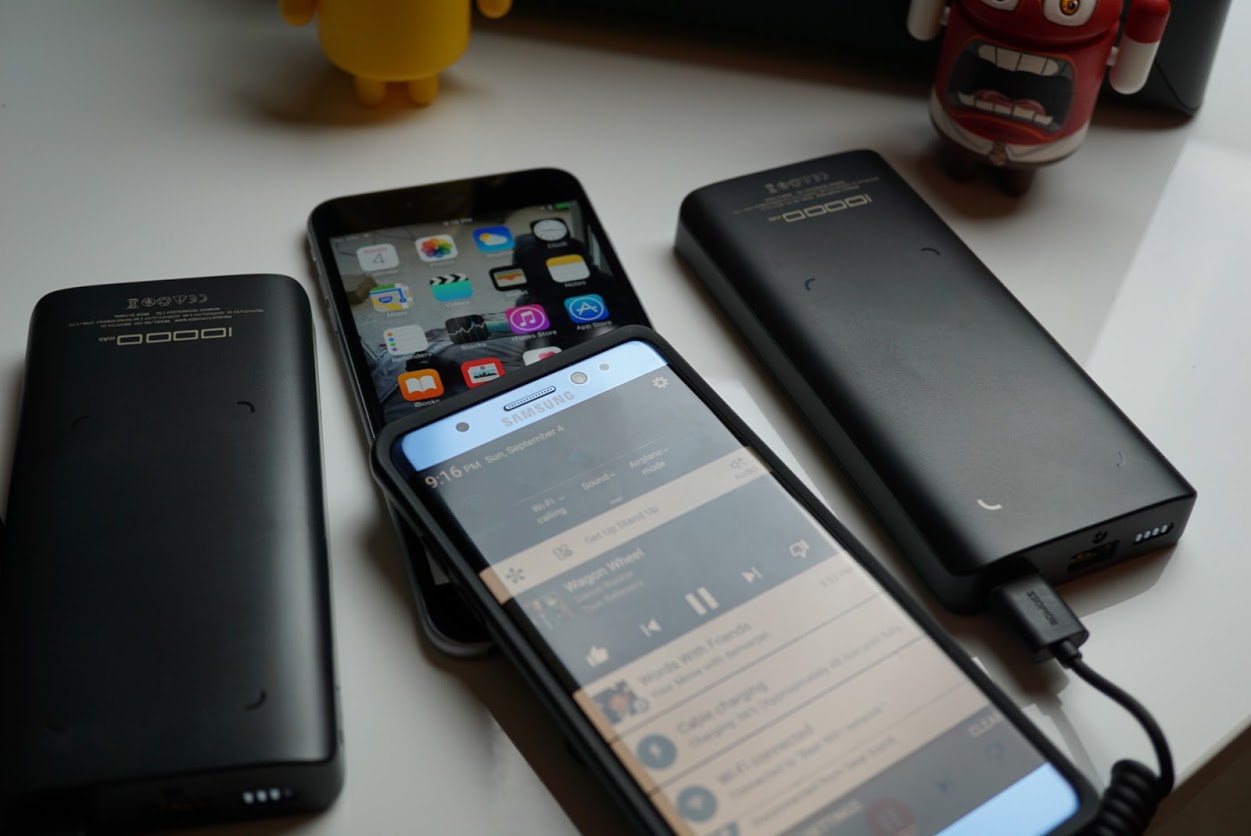 I used the power banks with a variety of smartphones and tablets myself to ensure wide range compatibility. Here is a list of devices I used:

Not one device ran into issues. While the iOS devices charged at the fastest speed, the other Androids didn’t reach Quick Charge 2.0 or 3.0 speeds. That’s not really an issue since the power is free to use. It’s also something you probably wouldn’t want to include in a charging station like this since Quick Charge can be hard on batteries.

Recharging all eight batteries at the same time is no concern with the charging station. If you’re worried about vampire power draining out of this at night, you can turn it off with the power button on top of the station. 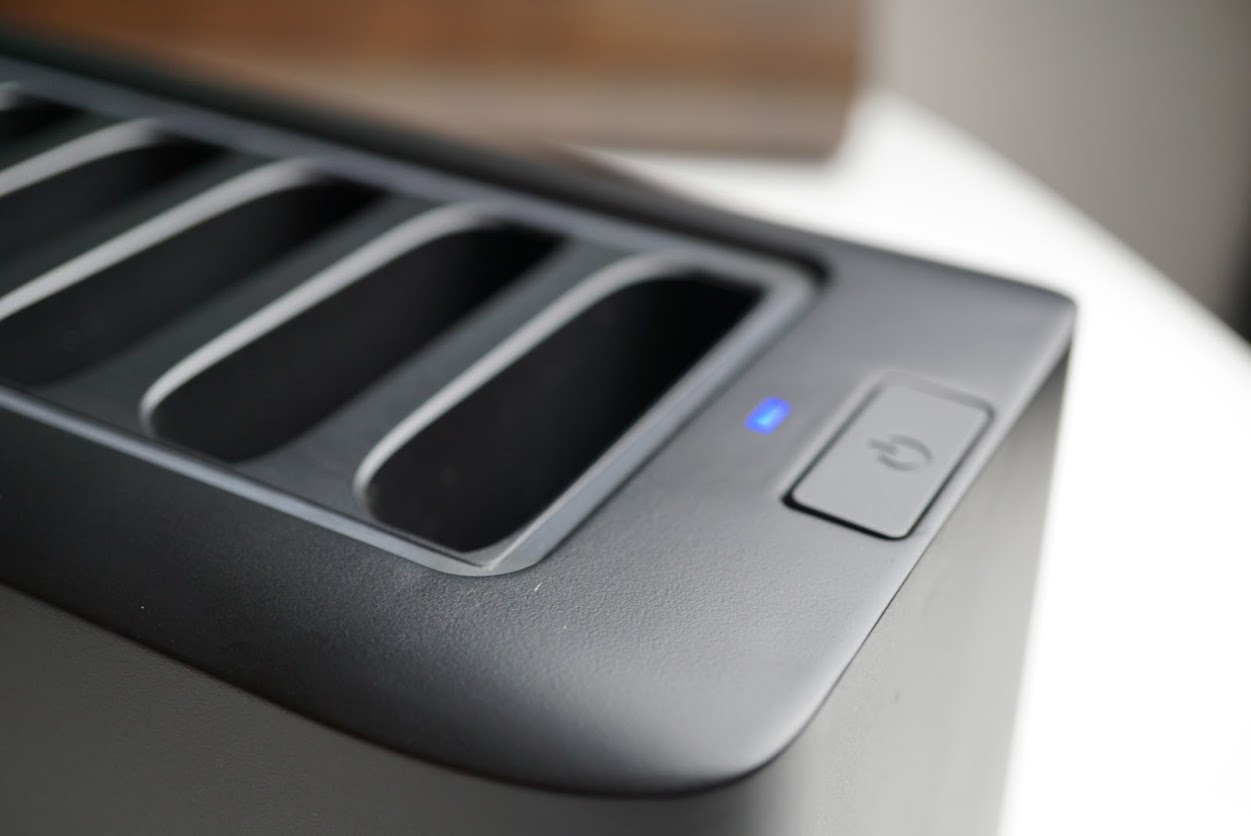 I am sure glad I reviewed the Romoss Charging Station with eight power banks. It’s an ingenious concept that is perfect for large families or small business owners. Portable power is becoming almost essential for every one of us who rely on our smartphones and this power station is sure to keep family members and customers happy. It sure kept my coworkers happy during the review process, and when I had to take it home for review, every single one of the users asked me when I was bringing it back. Luckily for them I will be bringing it back into work on Tuesday after the holiday weekend.

If you’d like to learn more about the Romoss Charging Station, head on over to www.romoss.com. 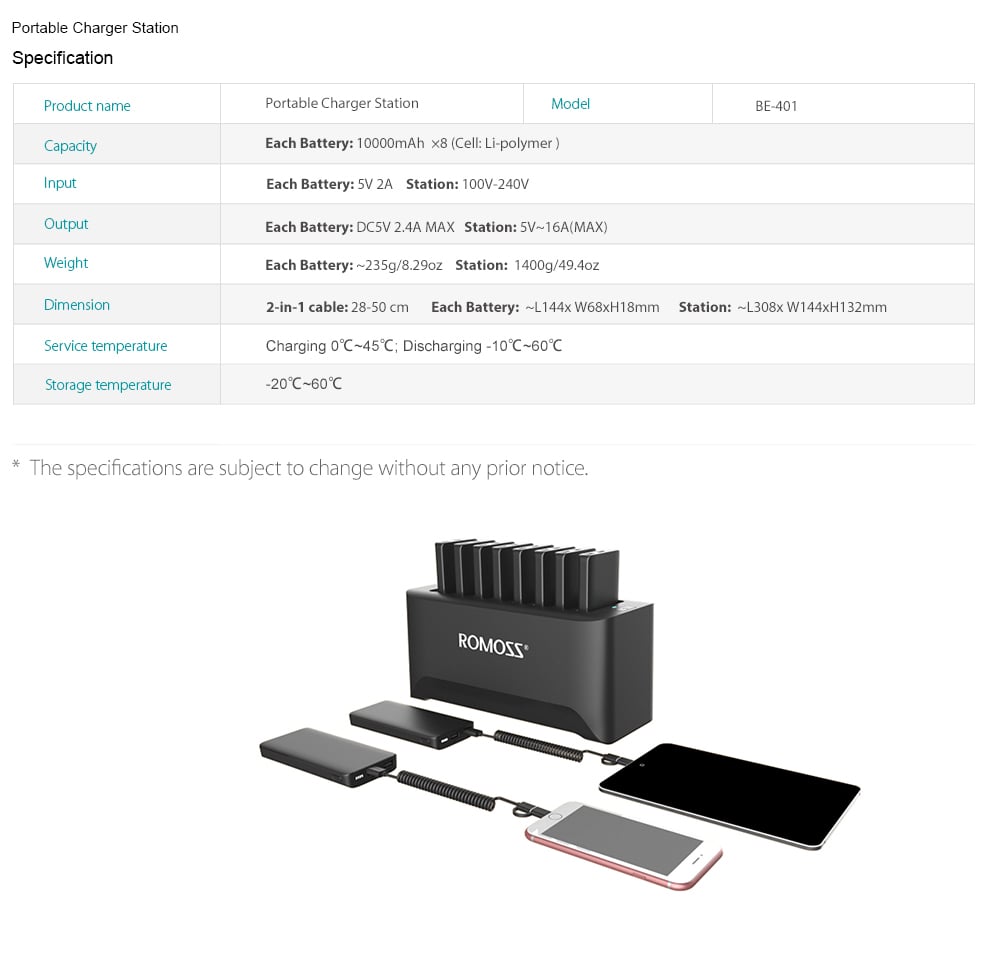