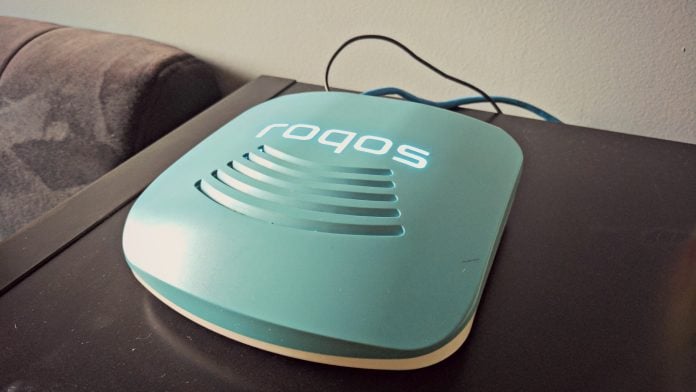 The Roqos Core is a router that packs a 64-bit quad-core 2GHz processor, 2GB RAM, and 8GB of internal storage. Yes, it sounds like a phone, doesn’t it? Moreover, it features Dual Band support (2.4GHz and 5GHz) and provides two independent 802.11n and 802.11ac Wi-Fi networks; total bandwidth comes in at 1600Mbps.

In short, the Roqos Core works for home and office environments with tools to support both. The Roqos app, which communicates with the Roqos Cloud, alerts users of potential threats, secirty breaches, malware, viruses, ransomware, and more.

Additionally, the router comes with filters to help protect younger users from inappropriate content. Parents will enjoy the peace of mind that comes with options such as scheduling internet usage by day and time and one-click pausing of connection.

More savvy and experienced users who like to bend technology to their will might appreciate the open source software and advanced settings. Spend some time with the Roqos Core and you’ll be able to toggle options like DHCP server, UPnP, manual DNS server settings, port forwarding, and more. 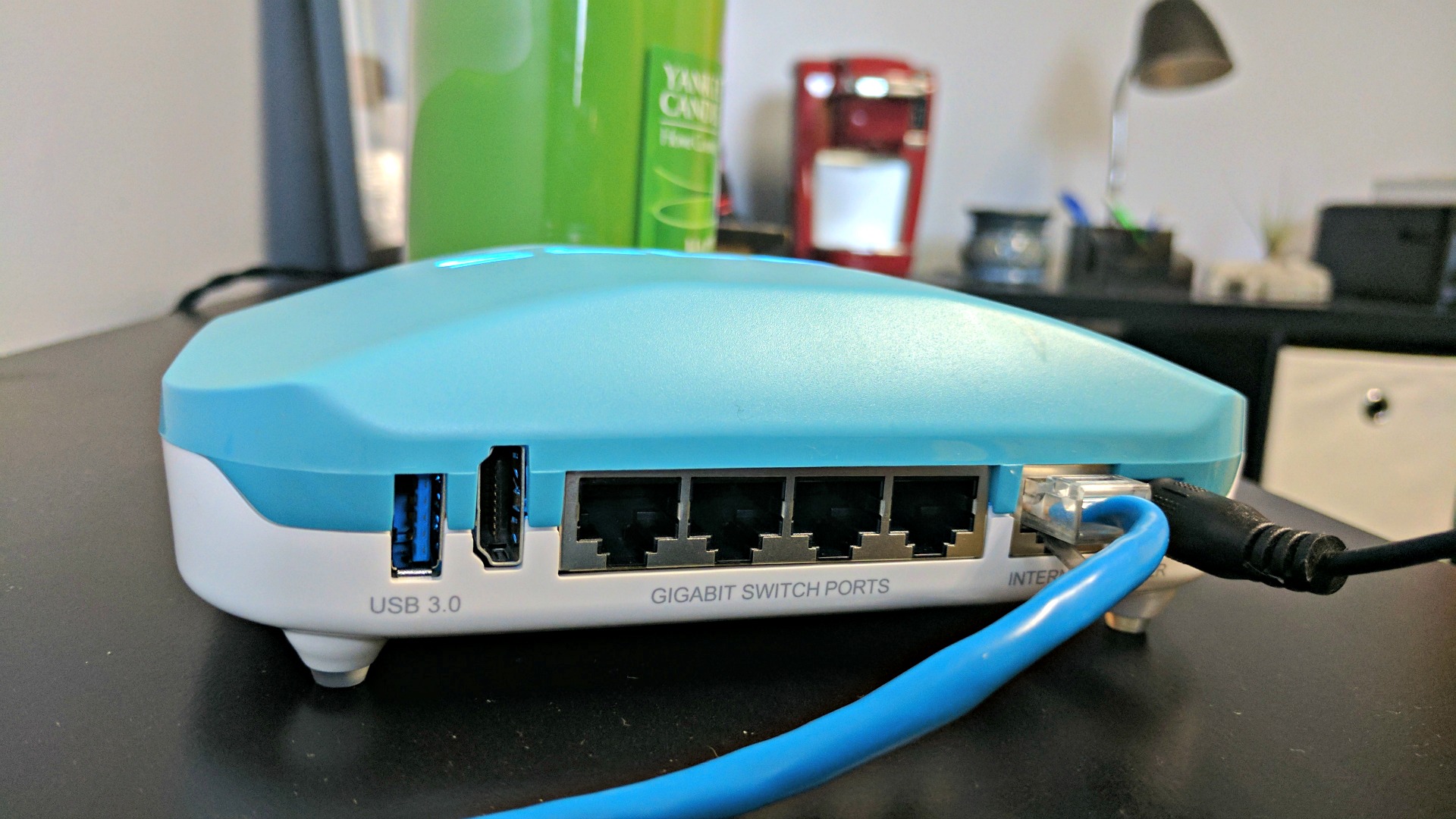 As a parent of a teenage (13) son, I have grown increasingly more aware of my child’s internet and smartphone usage. No longer is he simply playing a few games here and there; today he stays in contact with friends over various social media services and apps. What’s more, he’s spending much more time in the browser and using the internet for both school and personal reasons.

When offered the chance to review the Roqos Core (Roqos sent us a demo unit at no cost), I was excited at the prospect of getting a little bit more control over my son’s phone. We have a policy in our house that I can pick his phone up at any moment to see what he is/was working on and how he is going about things.

The problem that I face is not so much that he cannot be trusted with his usage. Rather, the biggest issue I run into is that he’s using his phone in bed when he’s supposed to be going to sleep. Or, he’s playing XBox far too late into the night. The Roqos Core gave me an opportunity to deal with these pain points.

Setting up the Core was really quite simple, amounting to little more than plugging it into my current router and installing an app. A few minutes after starting out I was already creating profiles for my son and various devices in the house. 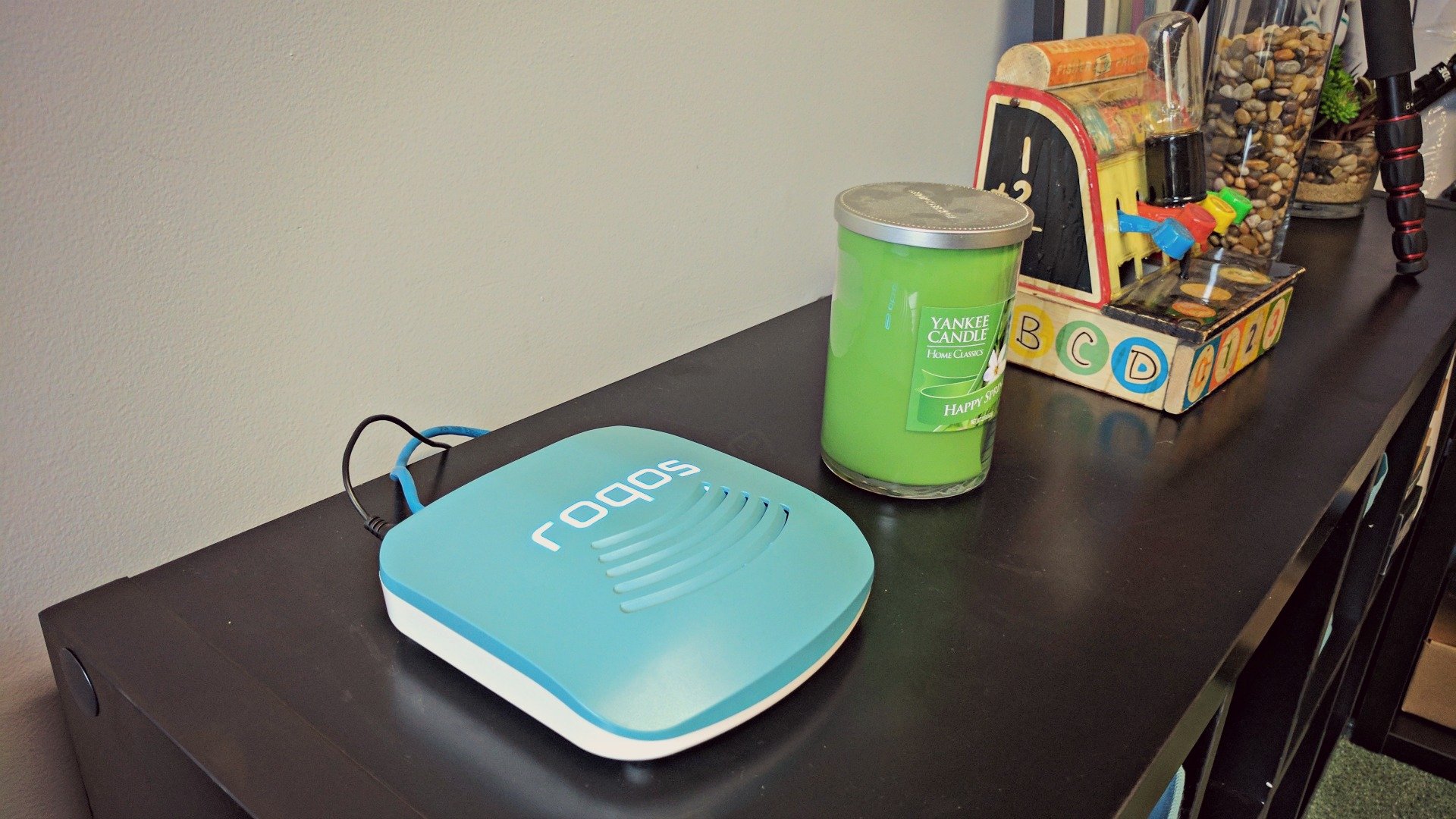 A couple of days after I was up and running, I had guests over who were asking to connect to my Wi-Fi. Prior to the Roqos I would have to give them my full password. That’s not a terrible problem to have by any stretch, but when repeated across multiple users at a gathering, it gets to be pesky. Additionally, it’s a pain point when people are asking to repeat it or whether they should join the 2.4GHz connection or the 5GHz one.

The Roqos app made this much easier as I could shoot out a text or email message to people with the exact connection information needed. And, even better, I could let some connect without knowing any of the credentials. There’s a handy guest option that offers temporary codes and even time durations.

There’s an interesting thing about being protected, or shielded, from something. When done right, you often don’t know it’s working. It’s only when an intruder gets into your house that you realize you have a breach of security. You’re likely not aware, though, of all of the other times someone was turned away at the gate or scared off by a sign or blinking light. This is somewhat analogous to my experience with the Roqos setup.

I don’t do too much with my computer, laptop, or phone that should raise flags for security or outside threats. The websites I visit are largely on the up and up and I’m not exposing myself to shady situations – at least to the best of my knowledge. 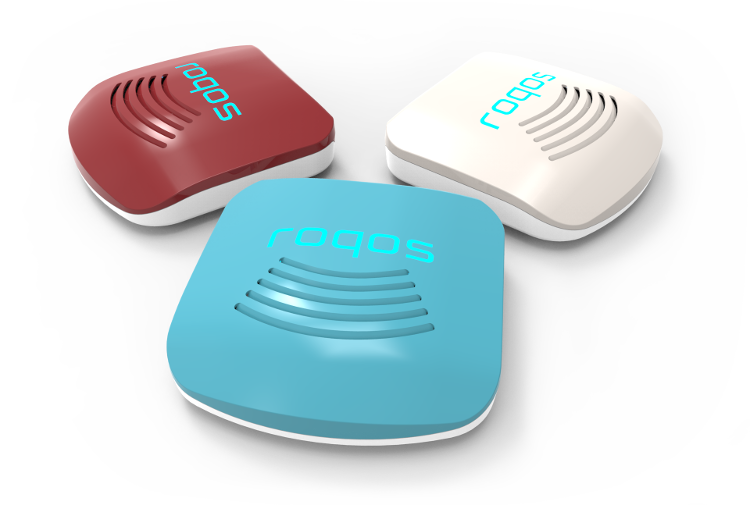 The Roqos Cloud works 24 hours a day, continuously monitoring my data usage. Should it have found something malicious, the suspicious activity would have been blocked and I would have been notified. As it turns out, there was nothing in the last couple of weeks to trigger such a problem. It is my understanding that I would receive the IP address of wherever the threat initiated.

As I indicated above, my household is not one where I am too concerned about who is going where. At least not yet. With that said, the Roqos does let me filter out certain websites so that they can not be viewed by specific user profiles. This would be handy for blocking Facebook on a laptop, or maybe Netflix on the home computer.

I’ve come to like the scheduled pause option. Between the various devices my son uses, I can now feel better knowing that he’s not using the XBox or tablet to access Wi-Fi after 9PM. It’s possible to set multiple schedules to one user so I’m currently exploring whether to block out XBox from 3PM-5PM, just so he’s not quick to jump on it after school.

My wife isn’t going to use any of the administrative settings of the app, but it is possible to set her up as one. This would be a good tool for scenarios where the Roqos is being used in a business environment and more than one person is trusted with sensitive information. Perhaps you are a landlord or office manager who offers wireless internet as part of your plan and there are a few staff members who you turn to for help in dealing with new tenants. 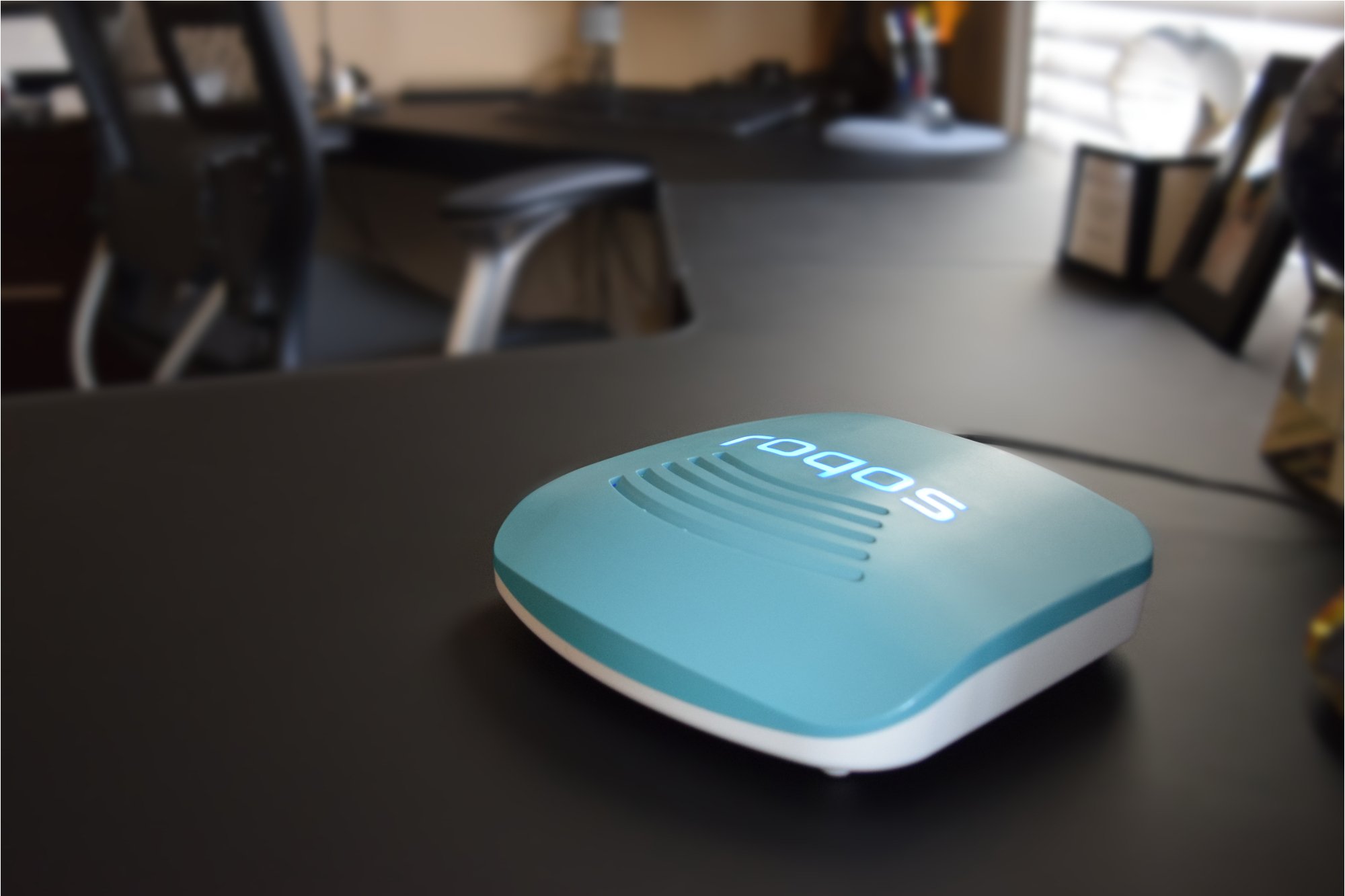 The Roqos Core can be purchased in a variety of options, each of which come with the monthly access to the Roqos Cloud. While the router functions fine on its own and pretty much like any other one you’ll encounter, the monthly service fee is what opens the door to the parental control and cybersecurity tools.

For $219 you can buy the Roqos Core and receive one year of service, breaking out to about $18.25 per month. Alternatively, you can pay $17 per month (additional $19 due in first bill) with the option to cancel any time after the first year. Lastly, there’s a $595 option that includes a three-year hardware warranty and lifetime subscription to the service.

I appreciate that the Roqos Core works just as good as any other router I’ve used in the house, with room for growth. I don’t expect to go digging through the settings any time soon, but do like that I could easily expand my home network, tweak configurations, or install software features and extensions.

The Core was easy to setup and manage; the next few weeks were quite simple to keep up with, even with more devices and users added in. I’ve felt comfortable playing around inside of the app and checking the Roqos website’s support center helped answer questions before they arose.

As much as I enjoyed the Roqos Core, I would really like to try out some of the future features. There are a number of updates coming to the experience, some of which are excellent tools for parents. On the horizon are real-time activity monitoring, internet usage history, backup LTE internet, and VPN capabilities.

Given I have only used the router for a few weeks and haven’t tapped into its full potential, I am reluctant to say I’ve put it through its full paces. Moreover, I don’t know that I ever will. The parental controls are excellent and the interface is very friendly. The security tools deliver peace of mind, but, again, I cannot attest to how strong they are, yet. Were I more technically inclined I am sure that it would be fun to leverage the hardware and open source software.

If you’re a parent or someone who looks for extra control over the Wi-Fi connection in your home or office, I don’t have a problem recommending the Roqos Core. It’s right in line with what you might get from similar products in the Google Wi-Fi, Luma, or Eero and the price fits accordingly.

Google WiFi is available now! (But you’ll have to wait)