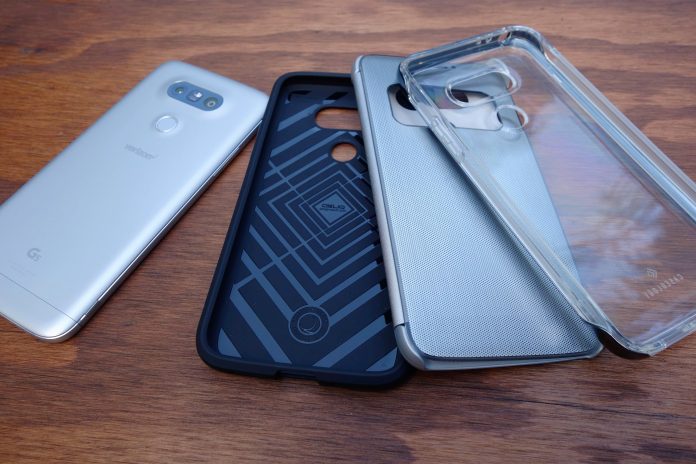 It’s great that as soon as a new smartphone drops, there’s already a sea of cases to choose from. But with that said, narrowing down the perfect case can take some effort. There are so many styles, colors, and sizes (depending on the extent of protection).

Sometimes promo pics don’t tell the whole story, so hopefully we can help. MobileFun is an online accessory retailer that reached out to us to let us try a few LG G5 cases on for size. If you’re shopping for a way to keep your G5 safe, let’s see if one of these cases tickle your fancy.

In case you didn’t know, LG has its own “official” case for the LG G5. It’s called the Mesh Folio Quick Cover Case, and as implied, has a flap/cover that goes over the G5’s display. If you’re not a fan of this style of case, hold up. The flap has a window cutout that allows the G5’s Always-On information to be displayed. Certainly nifty. 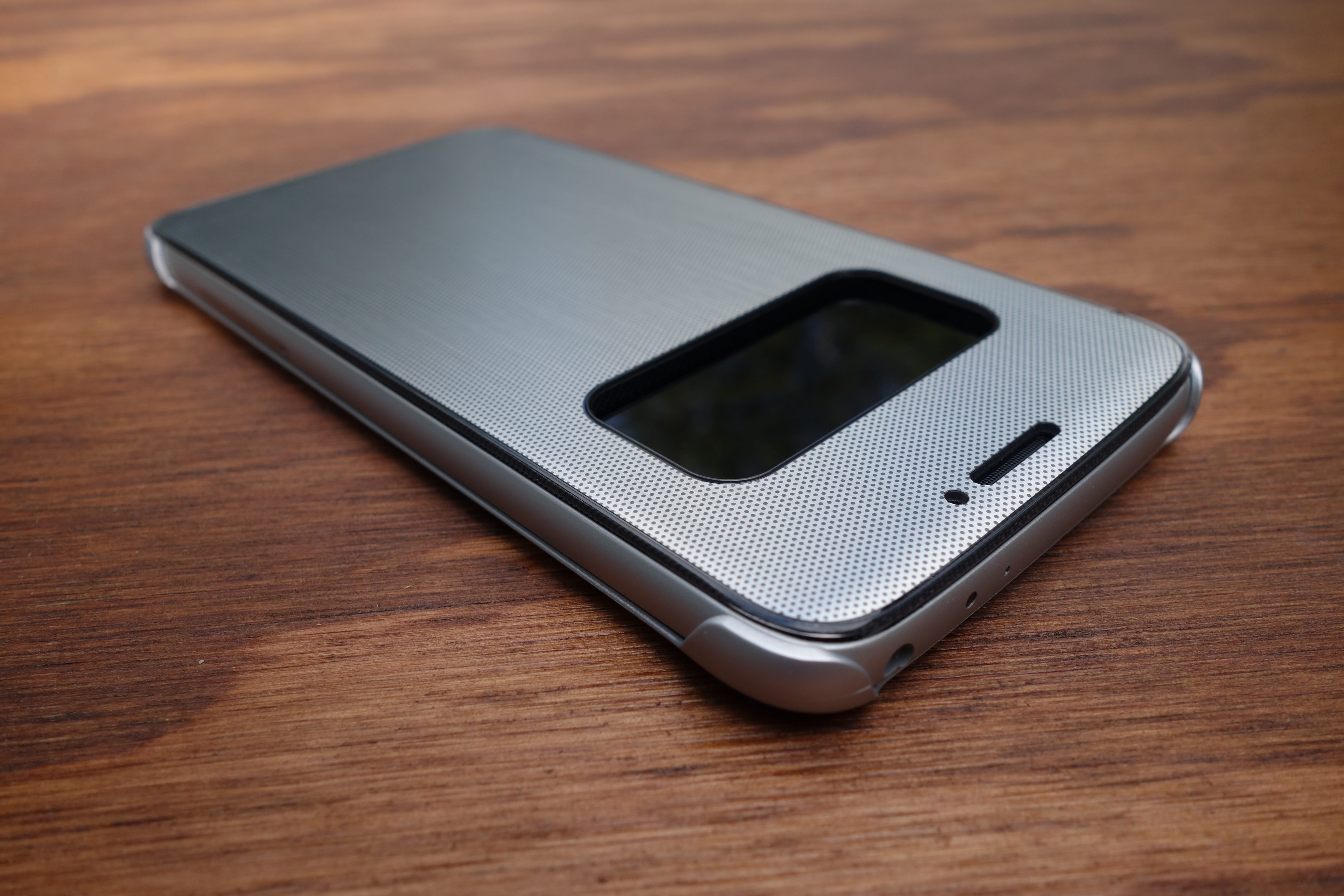 All the aesthetics of around the case are nice. The cover is made from this metallic mesh material, while the back tray mimics the G5’s metal shell. The two pieces are connected by a shimmery silver fabric that wraps around the phone’s side. LG put a “+” and “-” where the volume are located. 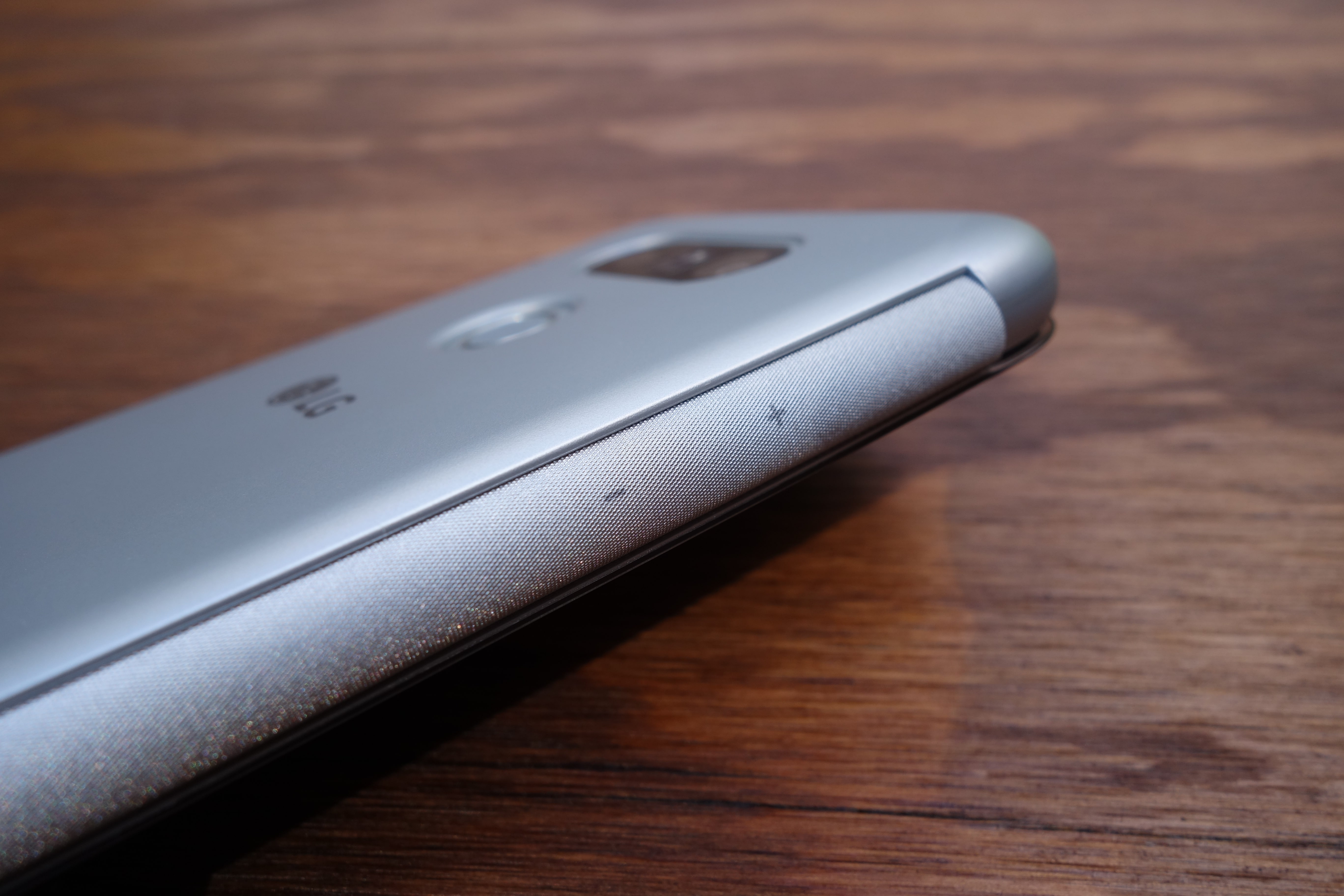 I loved the feel of the case, and that the screen turns on/off as you open/close the cover. The fit is immaculate. However, I was hugely bugged that the cover doesn’t get secured somehow. It’s just left to flap around. It’s an oversight, in my eyes, and I’m sure the screen unintentionally turning on and off will impact battery life somewhat. 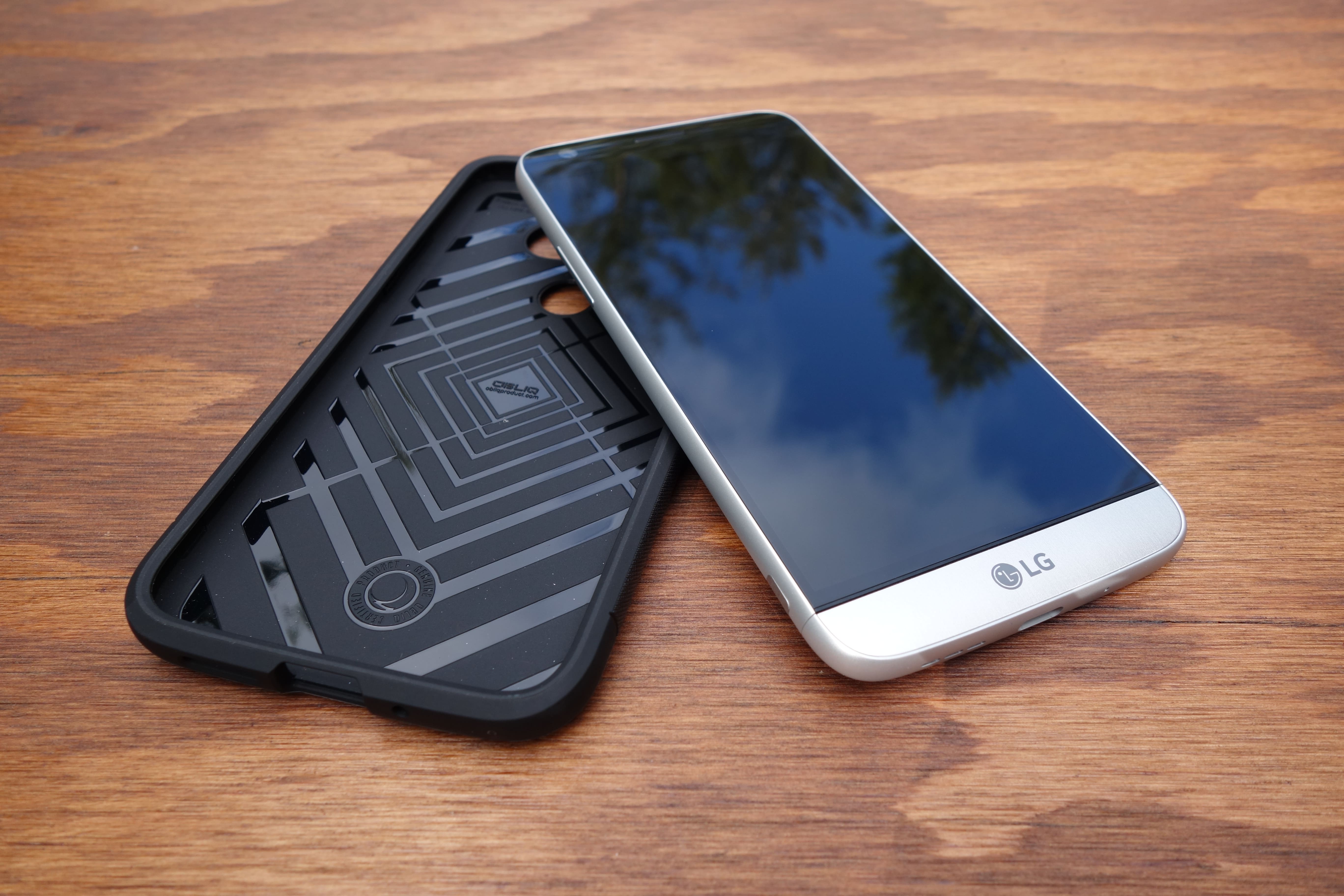 The Obliq Flex Pro case is more tuned for those who care about protection. It adds sizable thickness to the G5 (but not like an Otterbox). I really like the material. It’s not hard plastic; the entire case is rubbery. It wraps around nicely to engulf the phone with protection.

The Flex Pro case is also super grippy. There’s texturing all over, which not only looks classy, but should help out the most buttery of hands. There’s a good amount of lip around the front of the phone, for additional peace of mind that you’re well protected.

Caseology is another long-standing case manufacturer. The Skyfall series also provides ample protection, and the clear case model that we have allows the G5’s chassis to shine. Sure, there are tons of clear cases out there, but Caseology tries to one-up them with a trick. 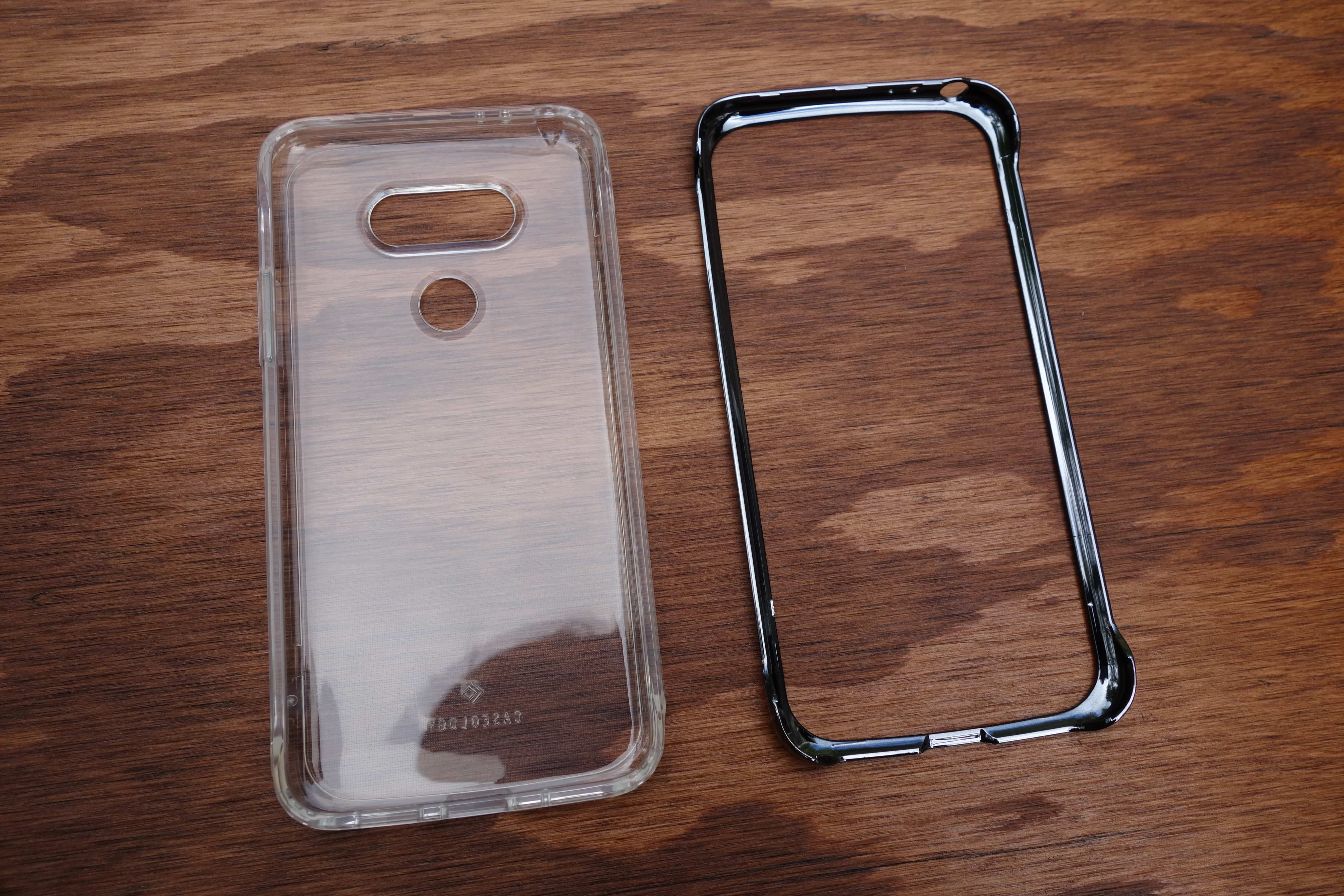 The Skyfall Series is dual-layered, and the top layer can be removed if you wish to change it up. The “layer” is really a black frame that clips onto the core, TPU-like material. It surrounds the perimeter of the case, which means that it doubles up the protection if the phone ever meets the ground. 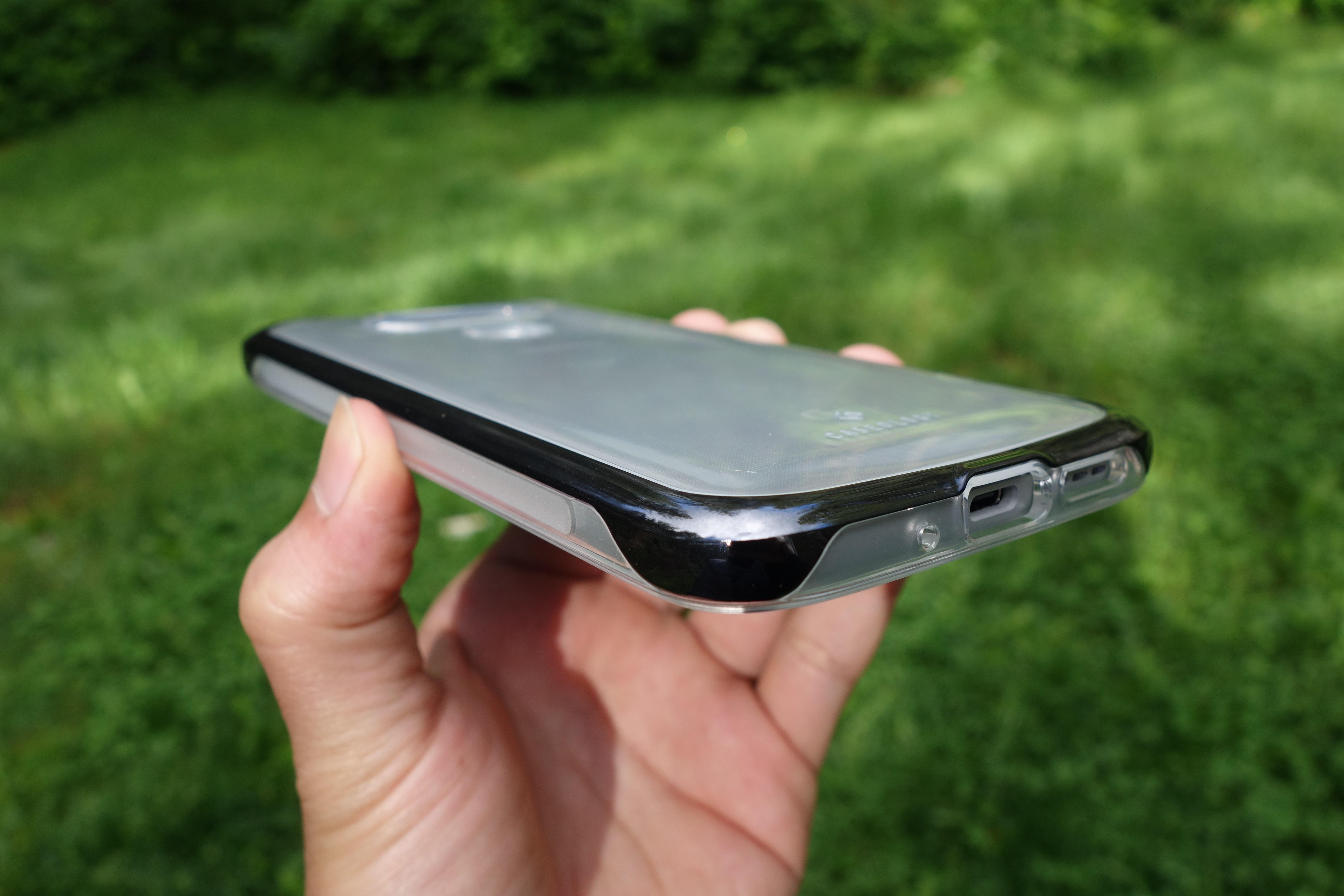 The primary case material feels robust on its own. It’s more slim than thick, but covers the phone from every corner (and makes an ease-of-mind lip around the entire front of the phone).

MobileFun has a ton of other compelling cases for the LG G5, check them out! 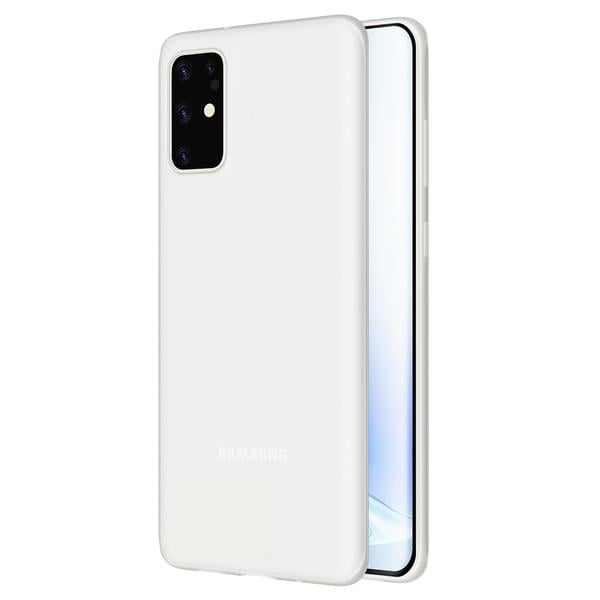