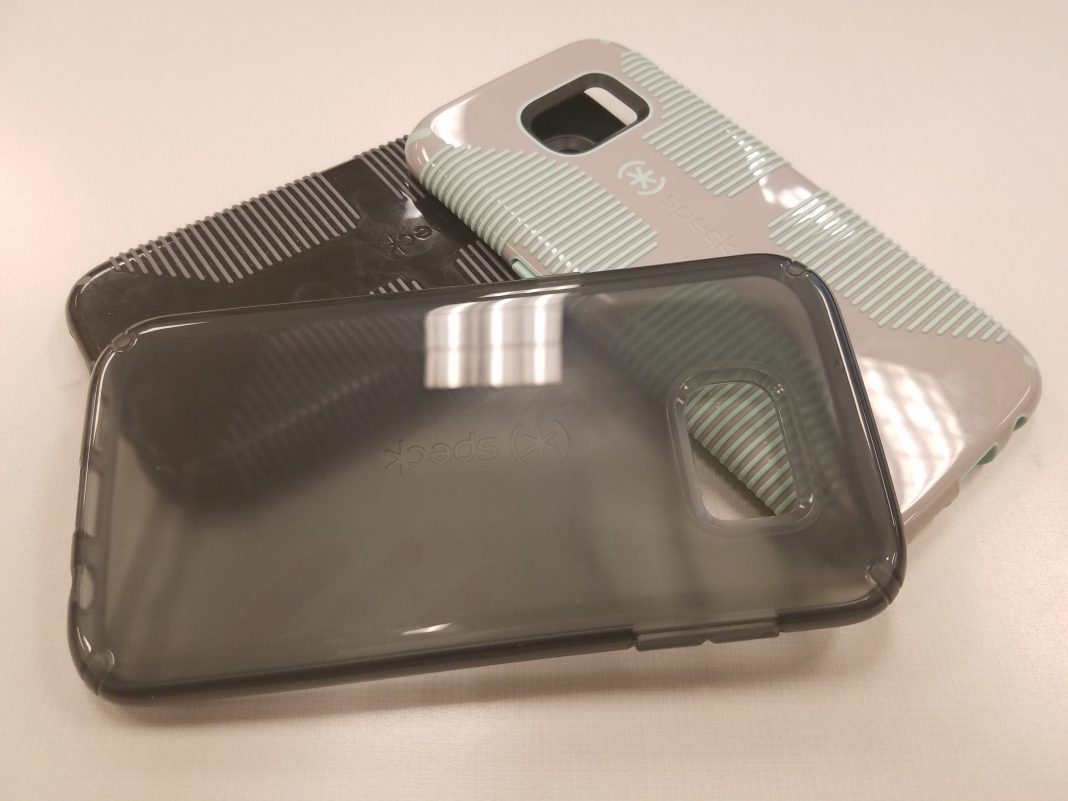 Here at AndroidGuys, we love phone accessories. Cases are the most popular type of phone accessory, everyone seems to have one! Today we’re going to be taking a look at the product lineup from one of the biggest brands in the world, Speck! Speck was gracious enough to send over some of its Samsung Galaxy S7 Edge cases, so let’s get to it! 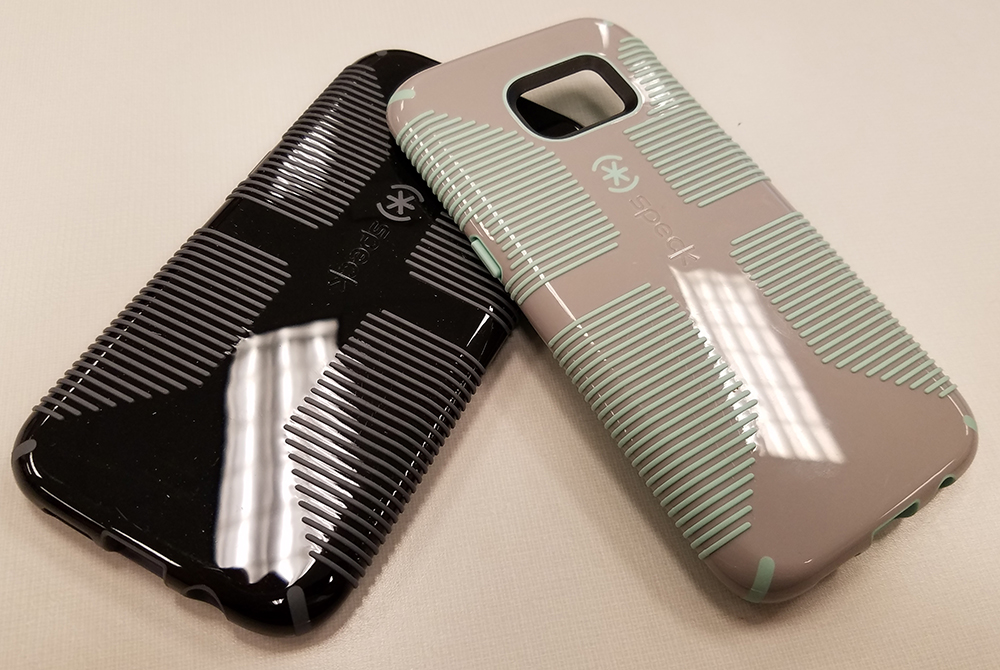 If you recognize the name Speck, the Candyshell Grip case is probably what comes to mind. The raised rubber ridges on the outside of the case are designed to help you hold onto your phone while giving the case it’s iconic look. The dual tone cases come in three color combinations: white with black lines, black with slate gray lines, and sand gray with aloe green lines. They’re all beautiful and can start a conversation.

The Candyshell Grip cases meet or exceed military standard MIL-STD-810G, which is designed to test products falling from various heights. This doesn’t mean your phone won’t ever break while in the cases, but it does mean that it has a greater chance of surviving. Everyone knows it’s possible to break your phone while it’s still in the case if you slam it onto the ground the correct way, so Speck can’t guarantee anything, but I feel much safer with my phone in one of these cases.

Speck markets the CandyShell Grip cases as “slim” cases, but I’d have to disagree. I suppose it’s all a matter of perspective, but I think they add just the smallest amount of bulk. While it isn’t nearly like an Otterbox case, I did feel like my phone went from the definition of sex-appeal to an instrument meant to carry out tasks. I have a theory that it could be the ridges messing with my perception because the case wall is only 0.16″ thick according to Speck. 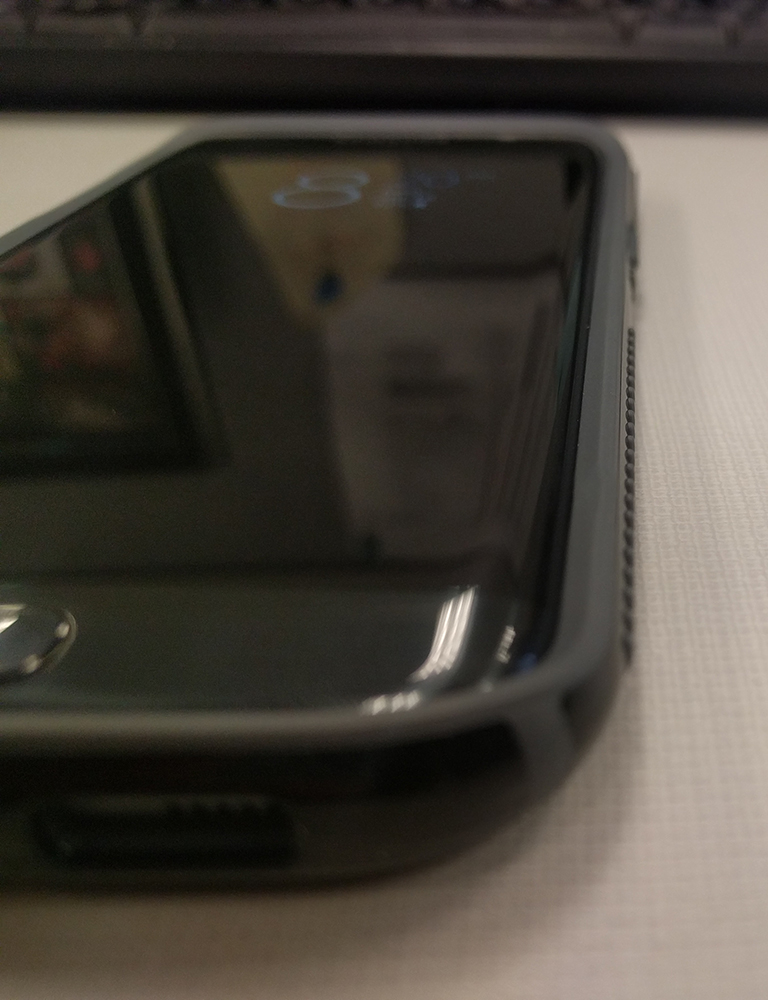 Finally, I’d like to point out a couple of things that Speck absolutely nailed. First off is cutouts. I don’t have to tell you how frustrating it is to not be able to use your favorite headphones or third party charging cable because the cutouts are too small. Ugh. It frustrates me just to think about. Luckily, Speck did a fantastic job there.

One more area I’d like to focus on are the buttons. A phone case that has mushy buttons is pretty much useless to me. Not because it won’t protect the phone, but because I won’t keep it on the phone long enough to protect it!

Speck’s CandyShell Grip cases have raised buttons just far enough to move your finger along the side of the case and find the button, but not so much that they stick out an unwarranted amount. Clickiness and travel are both excellent. Speck knocked it out of the park. 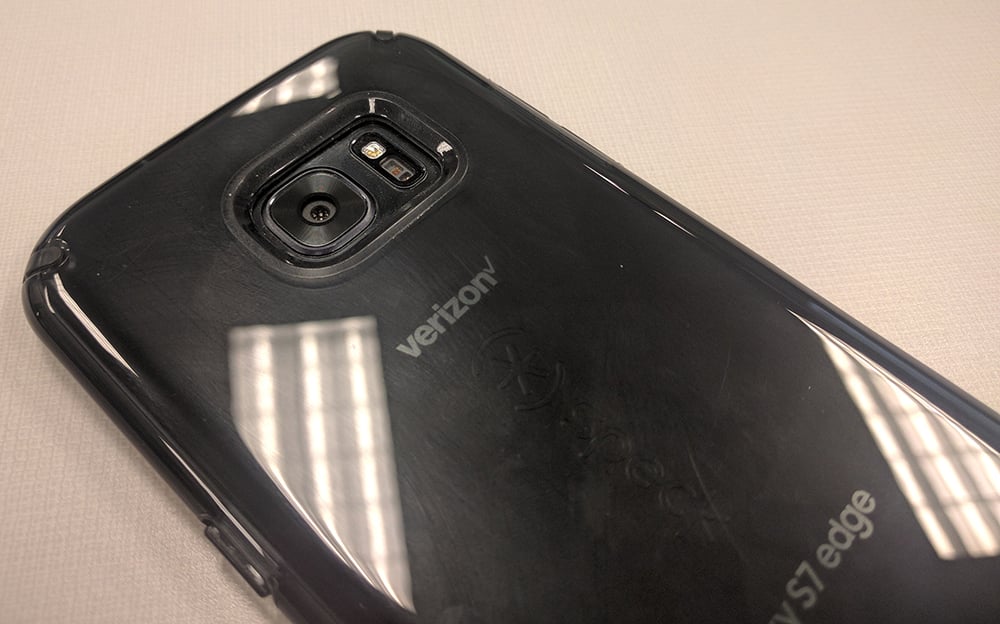 The Clear case also meets or exceeds military standards, just like the Grip. It shares the same thickness (0.16″), clicky buttons and great cutouts. Where the cases differ are in two main categories: no ridges and bulk.

I described the CandyShell Grip as feeling like it adds a little bit of bulk even though it’s only 0.16″ thick. The CandyShell Clear does not have this problem. The Clear actually feels like one of the thinnest cases I’ve ever used. It’s amazing how much perceived thickness the ridges on the Grip add.

Due to the CandyShell Clear lacking those ridges, the aesthetic is completely different. If you bought the Samsung Galaxy S7 Edge due to its sex appeal, this might be a better fit for you in terms of your protection.

The Clear case doesn’t cover up the design, it adds to it. The phone is visible through the case and the Black Onyx blends in perfectly with the color of the phone. Speck nailed it here. Due to the material used, there is still a fair bit of grip added to this case, but not as much as the CandyShell Grip case.

Fingerprints can be a bit of an issue. I definitely noticed that the case picks up some finger smudges (I made sure you can see them in the pictures of the back), and it’s very hard to get rid of them. I generally keep my hands pretty clean due to the work I do, but it was still a bit of an issue with the CandyShell Clear.

Overall, I don’t feel like this is a big enough issue to avoid the case. If you like the aesthetics and drop protection the CandyShell Clear provides, definitely grab one.

Speck has once again proven why it’s a huge name and retailers like B&H Photo and Best Buy carry their cases. Speck doesn’t make the cheapest cases you can pick up on Amazon, and it shows in its quality. The Samsung Galaxy S7 Edge feels like an exceptionally risky phone to own because of all the glass, but I felt safe with mine in these cases at all times.

There are some disadvantages since nothing can be perfect, but the main thing to remember here is that the positives massively outweigh any negatives I could come up with. The cases don’t interfere with edge functionality but still provide grip and protection there.

If you’re interested in picking up any of Speck’s cases, you can check them out at Amazon, Best Buy, B&H Photo, or their website.