Here at AndroidGuys, we love phone accessories. Cases are the most popular type of phone accessory; everyone seems to have one. Today we’re going to be taking a look at the product lineup from one of the biggest brands in the world, Verus. It was gracious enough to send over some of its Nexus 6P cases, so let’s get to it!

The High Pro Shield lineup is currently the only case offered by Verus (or VRS Design as its also known) for the Nexus 6P. This is unfortunate because Verus has several great lineups for other phones. We recently looked at its lineup for the Samsung Galaxy S7 Edge and I was impressed by every case they sent over. 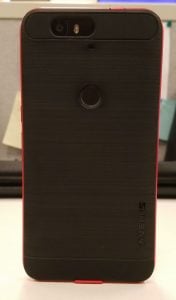 The High Pro Shield is a dual layer case featuring a hard bumper and a soft inside case to cradle the phone. The back features what Verus called its “hair line”. It’s a truly fantastic design of horizontal lines that not only look aesthetically pleasing but feel wonderful to touch as well. I often find myself unconsciously running my fingers along the back of the phone.

The bumpers on the side of the case provide a splash of color. The three cases Verus sent over for us to look at shine gold, crimson red and electric blue. You can also choose from satin silver or steel silver which look great in press photos. Hopefully, they are as impressive as the three I have sitting in front of me.

I’m really happy with cutouts in the case. You should have no issue with a wider USB type-C cable or an angled headphone jack connecting securely. The bezels of the Nexus 6P are almost entirely covered by the High Pro Shield case. While this is great from a protection standpoint, it does make the bezels feel even bigger. Some have complained in the past about the Nexus 6P’s huge bezels so if you find this to be an issue for you, make sure you check out pictures before you pick up this case. Despite this, I’ve never had an issue with swiping from either side of the screen. 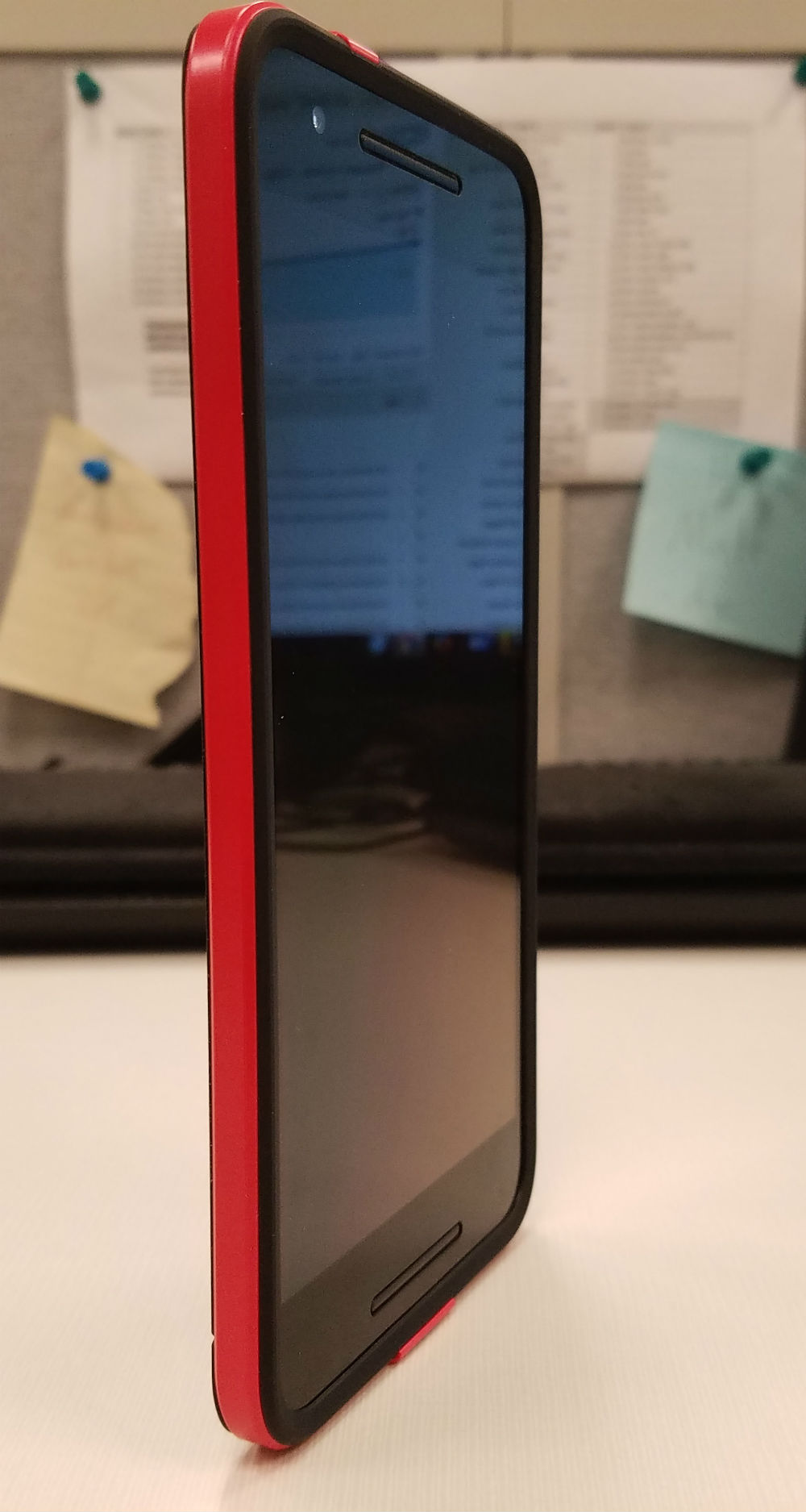 The power and volume buttons aren’t quite in Spigen’s metalized button territory, but they are good nonetheless. They’re clicky and responsive while standing out from the case. When you run your finger up the side of the case, there will be no mistaking where the buttons are. They are also black in color which provides a nice contrast against the color splash of the hard frame.

One discrepancy I find between the case and the press photos comes near the camera. While the lens itself isn’t covered up,  it does cover up more of the ring around it than the pictures would appear. I’ve taken some pictures with the case on the phone and noticed no issues, but it does look a little weird. I don’t know how much you’re going to be staring at your camera sensor so take this criticism lightly. 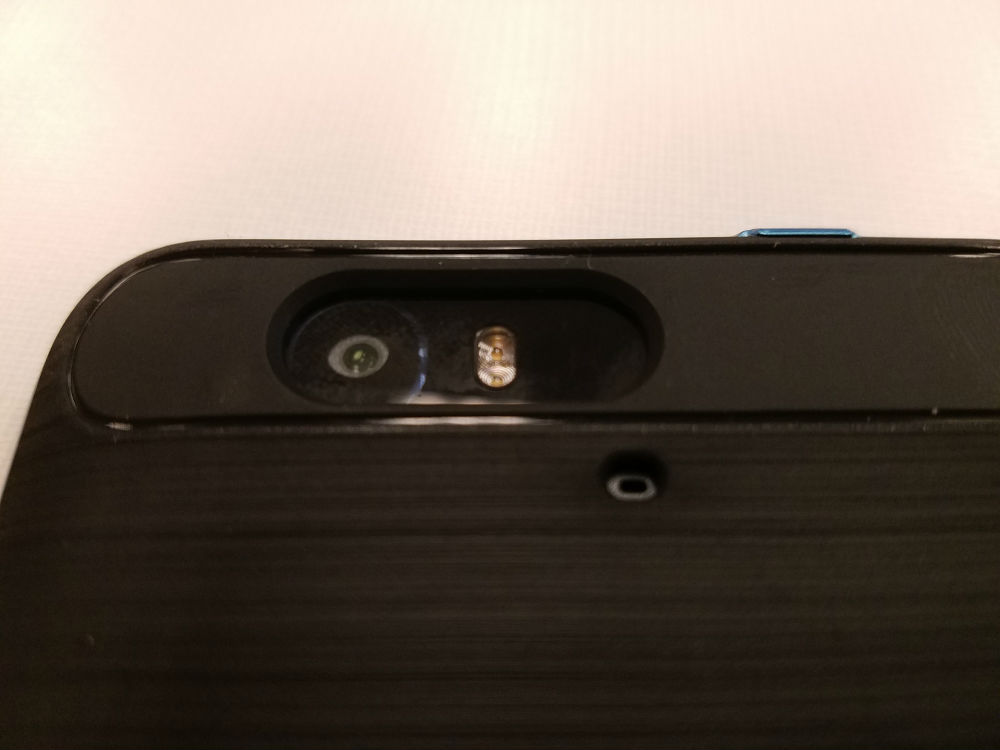 Overall, I’m in love with this case and it’s going to stay on my phone long after the review period. The color splash is just enough to add personality without being gaudy. It’s slim and sleek with a cool hair line pattern on the back and provides excellent drop protection. Verus has put out a case to rival anyone else in the space. Hopefully, we see it expand more of its lines to the Nexus 6P in the future.

If you’d like to pick up the Verus High Pro Shield case for the Nexus 6P, you can pick one up at Amazon, eBay, or Verus’ website.