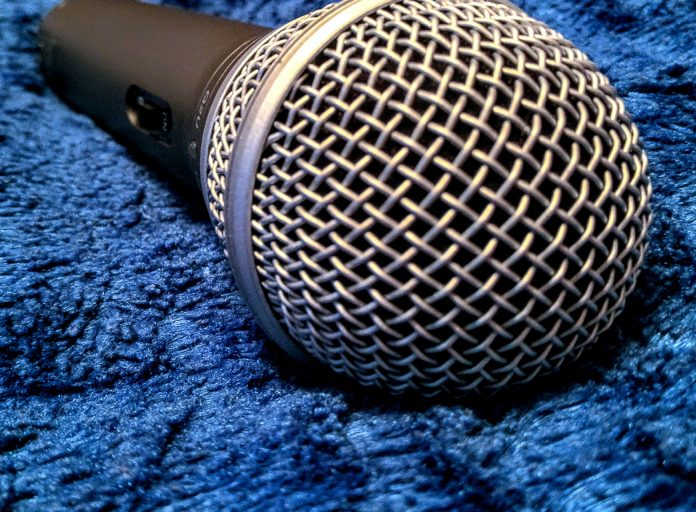 This is something a little different, Android Guys. As per our name, we normally focus on the mobile side of technology – specifically, the Google-centric brand of mobile technology – but today I’m writing to you about a podcasting microphone that I’ve been toying around with, instead.

While Samson’s (rather boringly named) Q2U Recording and Podcasting Pack won’t win any style awards – it very much looks like every other microphone you’ve seen since your school days – it’s a very solid wired mic (for use with a computer or as stage performing) that includes everything you need to get started. This microphone offers both XLR and USB connections, letting it handle live performances or virtual podcasts with equal ease.

Essentially, the Q2U bundle brings everything you need to get your voice to the world, assuming you already have a computer or sound system. The mic itself has both XLR and Mini-USB (in a world now rife with MicroUSB and Type-C USB, this struck me as very, very odd), meaning it’s equally capable of serving as a plug-and-play mic for recording, podcasting, or streaming as it is broadcasting your voice to a live audience.

Setup using a computer is almost painfully simple; unfold the tripod, screw on the mic clip (or extension, then mic clip), plug the Mini-USB cable into its respective ports on the computer and mic, and you’re good to go – just remember to change your sound input and output to your proper settings. I learned this the hard way, grumbling as I couldn’t figure out why my YouTube videos weren’t outputting any sound.

Which brings me to my petty gripe of the day; the fact that “Samson” looks way too much like “Samsung” on-screen. A few times now I’ve had to change my audio output from the Mic – which is silly – to my Samsung monitor, and it’s taken me a few seconds too long to realize it wasn’t already set to the SAMSUNG, not SAMSON. 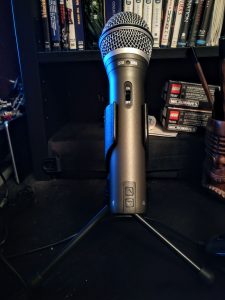 While it’s not a premium studio mic, the Q2U should be more than sufficient for most recording purposes in the comfort of your home. I’ve recorded school projects, hosted teleconferences, and used it for Skype calls – audio quality was clear in all three instances. I haven’t tested its functionality using the XLR connection – I’m no performer – if the quality of output via USB is indicative of the XLR output, you won’t be disappointed.

At $54.99, this bundle is a touch pricey when compared to other, USB only microphone offerings. So if you’re looking to get a mic that only handles digital recording and live streaming via USB, you may be better served checking out one of the more inexpensive, specialized offerings from Tonor or Neewer. If you have need of a mic with an XLR connection, though, you can do a lot worse than Samson. Most XLR/USB Microphones start at $50 and range all the way up to $500+, so Samson’s Q2U bundle is a good starting point, and a great value at that price point.