[dropcaps]The Samsung Note 4 and Samsung Note Edge are two spectacular devices that came to life out of the belief that yes, people do like larger phones with cool stylus pens. So they decided to come up with the Note series of smartphones, which proved to be a great financial decision.  What do you do after you make a great smartphone though, just keep making it bigger and adding more software and hardware features? Well, to Samsung, the answer was to make the screen curved and make software revisions to take advantage of that design change, so out came the Samsung Note Edge. Now we stand at crossroads as to which device is better, The Samsung Note 4 or the Samsung Note Edge. The two latest iterations of the Note line.[/dropcaps] 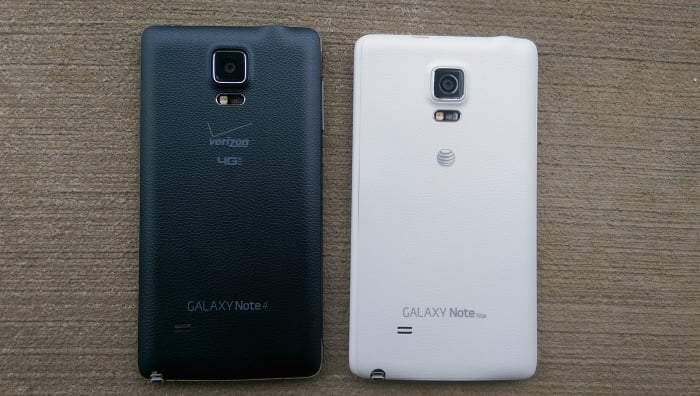 The backsides of the two titan phones are both covered in Samsung’s faux leather material. This made the Samsung Note Edge and Samsung Note 4 easy to hold use. Both their cameras, which we will address in more detail later on, are centered at the upper hand corner of the phones with the LED flash right beneath it. Right below that you get the carrier branding which in my case are the AT&T logo for the Samsung Note Edge and the Verizon Wireless logo on the Samsung Note 4. The speakers are located on the bottom left-hand corner and I found that both phones provided clear and pleasurable sound. You won’t be using them as your go to music setup but if are alone somewhere and just need to hear your class notes you recorded, these speakers will get the job done.

Both the Samsung Note 4 and Samsung Note Edge have a 2.7 GHz quad-core processor, have 3 GB of RAM and 32 GB of internal storage. If you feel like 32 GB is a measly amount then fortunately for you both phones offer microsd card support up to 128 GB of additional storage. The Samsung Note 4 does have a slight upper hand depending on your country and carrier as it also has a 1.9 octa-core processor model. Both phones are monsters when it comes down to internal hardware. With so much power, it was a slight surprise to see a minimal amount of lag but that can be attributed to the TouchWiz skinned launcher that comes on both phones. That was quickly fixed though by going into the developer setting and lowering the animation speeds to .5.

Moving on to what makes Samsung’s Note line so interesting, the S Pen. Both phones have the iconic stylus pen sheathed on the bottom right of the phone where it is safely secured so you don’t accidentally lose it. Taking out the S Pen requires a small amount of effort which just reinforced the fact that the stylus is secured in place with no intentions of coming out when you go for a run or are talking on the phone. Both pens are almost identical except for the color. The Samsung Note 4 sticks with a dark gray color scheme and the Samsung Note Edge a white color scheme. 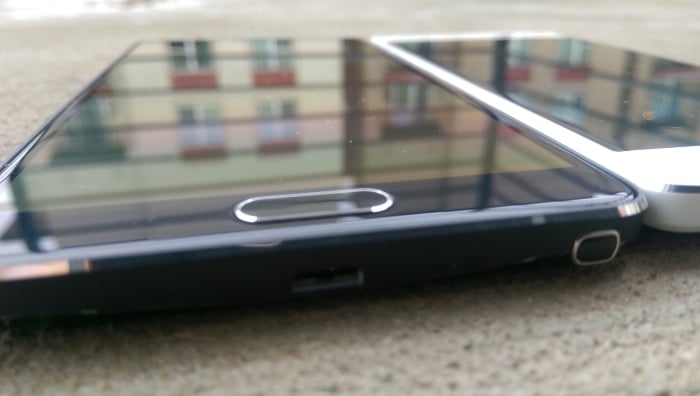 Now let’s take a look at the frame of the display itself. Samsung took a very different approach when it came to designing the screen of the Samsung Note Edge. Instead of keeping with the flat square look of modern smartphones they opted instead to form a slight curve on the right side of the screen. I was a bit surprised when it was announced and now having used it I can say that it is, different. Not bad per se, but neither good. During my review period, I found that it was basically a place to place the bottom dock. So now instead of all your icons being on the bottom they are on the curved side. I must say that I did not care for it in the beginning, but I began to warm up to it as time went on. It really is one of those things that you are either going to like or hate.

Camera wise, both smartphones performed as a smartphone camera should. For the rear shooter, you are given a 16 MP camera with OIS on both phones and on the front a 3.7 MP camera. The Samsung Note 4 and Samsung Note Edge were both able to take some great stills both indoors and out. The video came out clear and crisp with just a bit of grain noticeable when taking videos in darker settings. As the old adage goes, the best camera is the one you have on you. Both cameras took great stills and videos are going to be able to satisfy all but the most hardcore photographers.

The Samsung Note Edge and Samsung Note 4 run Android 4.4 Kitkat with the TouchWiz interface on top. Samsung is known for the various amounts of software that it includes with its smartphones and most of it is quite nice. Starting off with the most noticeable apps you are given S Health, S Voice, and S Note. S Health is for all of you health junkies out there that like to keep all of your health goals under one app. Here you will find the ability to track your steps, running speed and health rate among other things. The S Note is of course for use with the S Pen. I really like the fact that you can bring up the S Note app to make quick memos by pulling out the Pen and pressing the button on the side. That way you are always able to take quick notes when inspiration hits or you need to jot down your grocery list really fast. The S Note app has many other little abilities that are there to help you stay organized though I can’t really say you are likely to use them all. It is nice to have options though. Then you have the S Voice app. It is basically a voice-activated assistant that can take various voice commands to complete simple tasks. You can bring up apps, play music, send a text message and make phone calls. Basically Google voice, with a Samsung twist to it.

You also have the multi-window ability that became one of the staples of owning a Samsung Android smartphone. That way you can watch that funny YouTube video everyone is talking about while at the same time letting everyone know you are watching it so you remain in the loop and cool. Motion Gestures are still present and allow you to answer your phone, silence it and other neat things just by moving the device. 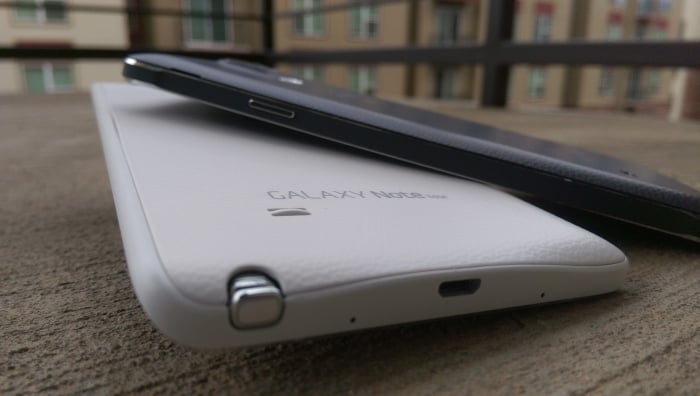