Since the dawn of smartphones, one area has remained a pain point for moderate and heavy users. I’m talking, of course, about batteries.

It seems that no matter how fast, big or powerful a device is, users tend to walk away wanting more from their smartphone as it pertains to battery life. Think back to the early days of Android and how were charging our phones up before lunch. It sucked. Period. Even as Android gets more efficient over time, and processors become ever more optimal, batteries still cause issues for people. But, it’s getting better.

There’s a big race today to see who can place the most battery inside the thinnest phone. Just about every handset maker is getting in on this, and it seems that nobody wants to add a millimeter or two to their device in the name of longer battery. Also, today’s battery technology is far more advanced. It’s not just about “how many mAh”  any longer.

Indeed, we do have wireless charging capabilities in a number of smartphones. Additionally, we also have fast charge capabilities in many of today’s devices. The idea is that you can charge up your phone in a matter of 15 to 30 minutes and get more than enough juice to last you the rest of the day. Awesome, right?

Samsung, as part of its announcement for the Galaxy Note 5 and the Galaxy S6 Edge+, revealed that the two new models offered internal batteries. But rather than any normal type of battery, these are designed for wireless charging out of the box.

And, as if that weren’t good enough, we are now able to charge them with a “fast charge” as well. This means that you can charge your new Samsung device up much quicker and without cables. To that end, Samsung now sells a Wireless Charging Pad which provides both a quick, cordless charge to your phone.

I’ve spent a few weeks playing with one of these and have been thoroughly impressed with it. The unit itself is round and looks not unlike a thick coaster that you might put a drink on. It plugs in via the micro USB port and provides a very efficient and handy way of charging your device. 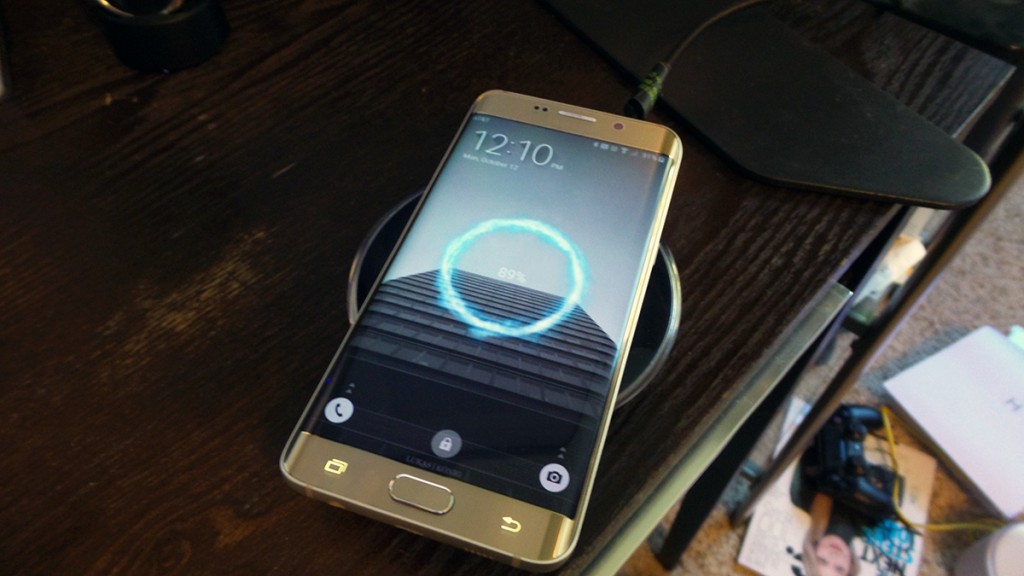 On top you will find a semi sticky or non-slide material that ensures your device does not move around when locked in. Placing the phone on top of the platter yields a somewhat magnetic lock between the two. The phone itself will chime as if to indicate that it is charging and you can see that on the screen as well. You’ll also see both the phone and the charger light up — Samsung calls it a multi-colored halo — so you can see that you’re charging or full at a glance.

I’ve been using mine in the office right next to the desk and it is quite convenient and very easy to get used to. For me, the weirdest part about having something like this is just grabbing the phone and walking away and when I’m ready. There’s something about seven years of conditioning of smartphones or Pocket PC devices that I’ve become trained subconsciously to reach for a cord. 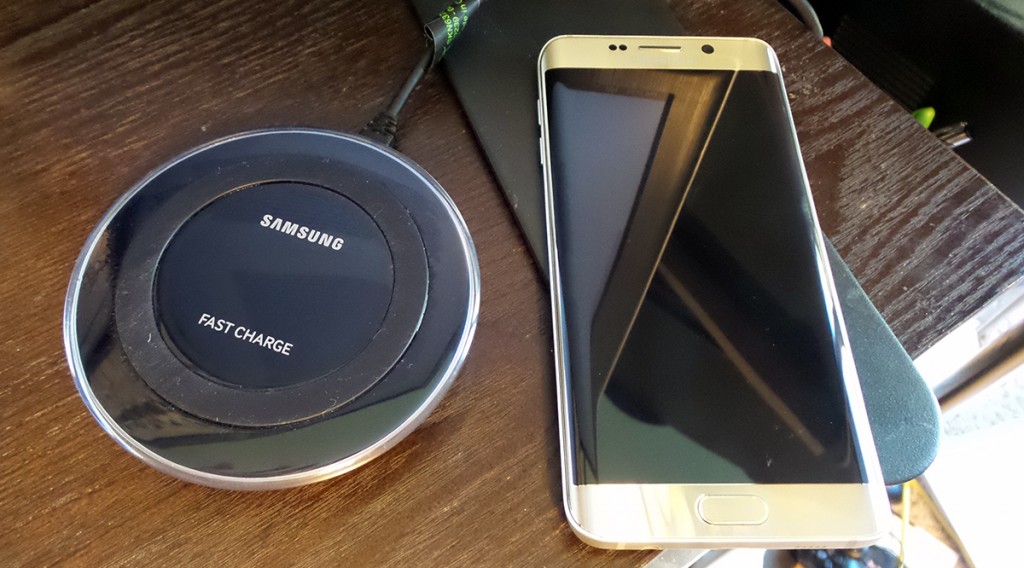 I’ve also put this on the nightstand next to the bed and found it really refreshing to just lay the phone down at night. Getting up in the morning and grabbing it to go, again is quite a different feeling. It is a feeling that I have gotten used to quite easily. Now, I am looking at my other devices wondering why I cannot do the same for them.

The Samsung Wireless Charging Pad is available in either Black Sapphire or White Pearl; I have used the black one. It’s convenient it’s light, and it is a Godsend. The only quibble I have is that the non-slide ring on top picks up dust or lint somewhat easy. But, it’s a breeze to clean off.

If you have a phone that is capable (Qi-certified devices) of wireless charging, whether it is out of the box or something you’ve added via a replacement battery or case, then you should recommended to check one of these out. The Samsung Wireless Charging Pad runs $70 through Samsung’s website however Amazon has it for about $62 right now.