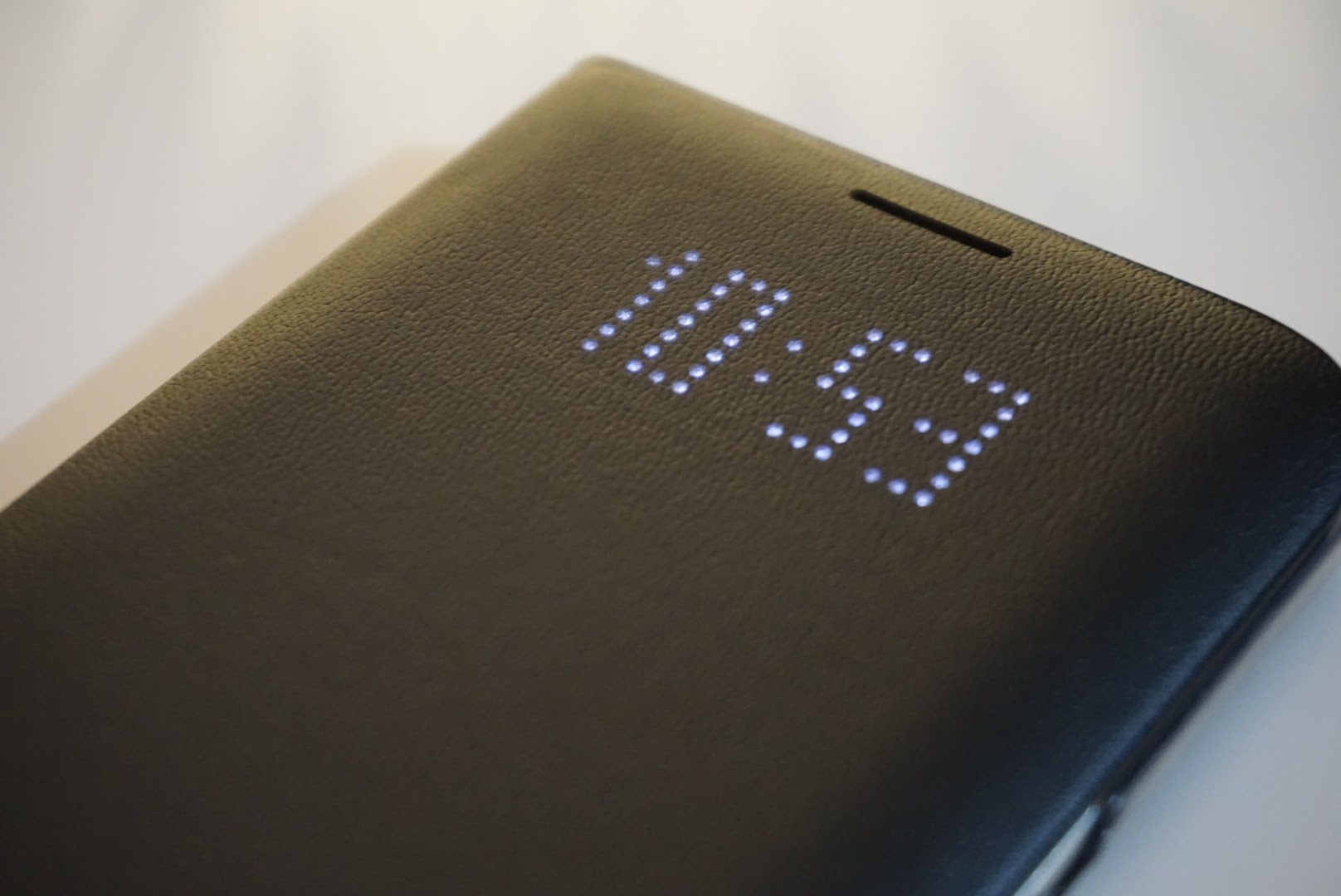 The Samsung Galaxy S7 edge has been impressing just about everybody since its release just a month ago. It set the standard for flagship devices with its impressive camera, gorgeous Super AMOLED display, and most of all, its high-quality build.

Sandwiched between two curved pieces of Gorilla Glass 4, the S7 edge is a little more fragile than its all metal or plastic counterparts. Being priced at roughly $800 also makes it quite the investment, and breaking it can be heartbreaking. Most people will buy a case for their S7 edge, but many look at covering their pricey and gorgeous smartphones with cheap cases. I’m all for being price conscious, but if you’re buying the S7 edge, you should consider buying a premium case for it from Samsung.

That’s where the Samsung Galaxy S7 edge case LED flip cover comes in – its one of the best built, and coolest cases you can get today.

On sale now at Amazon.com

The Samsung Galaxy S7 edge case LED flip cover is one of the official cases made by Samsung. It is a wallet style cover that is made from soft plastic that feels and looks like leather. Available colors are black and gold and it retails for $69.99.

The case I am reviewing is specifically designed for the S7 edge, but Samsung does have an equivalent LED case for the Galaxy S7 and is priced identically.

What makes the LED case unique is the lights on the front of the case that allow you to view notifications, time, calls and power from the front.

On the inside flap of the front cover is a slot where you can hold up to three cards, or a small amount of cash. 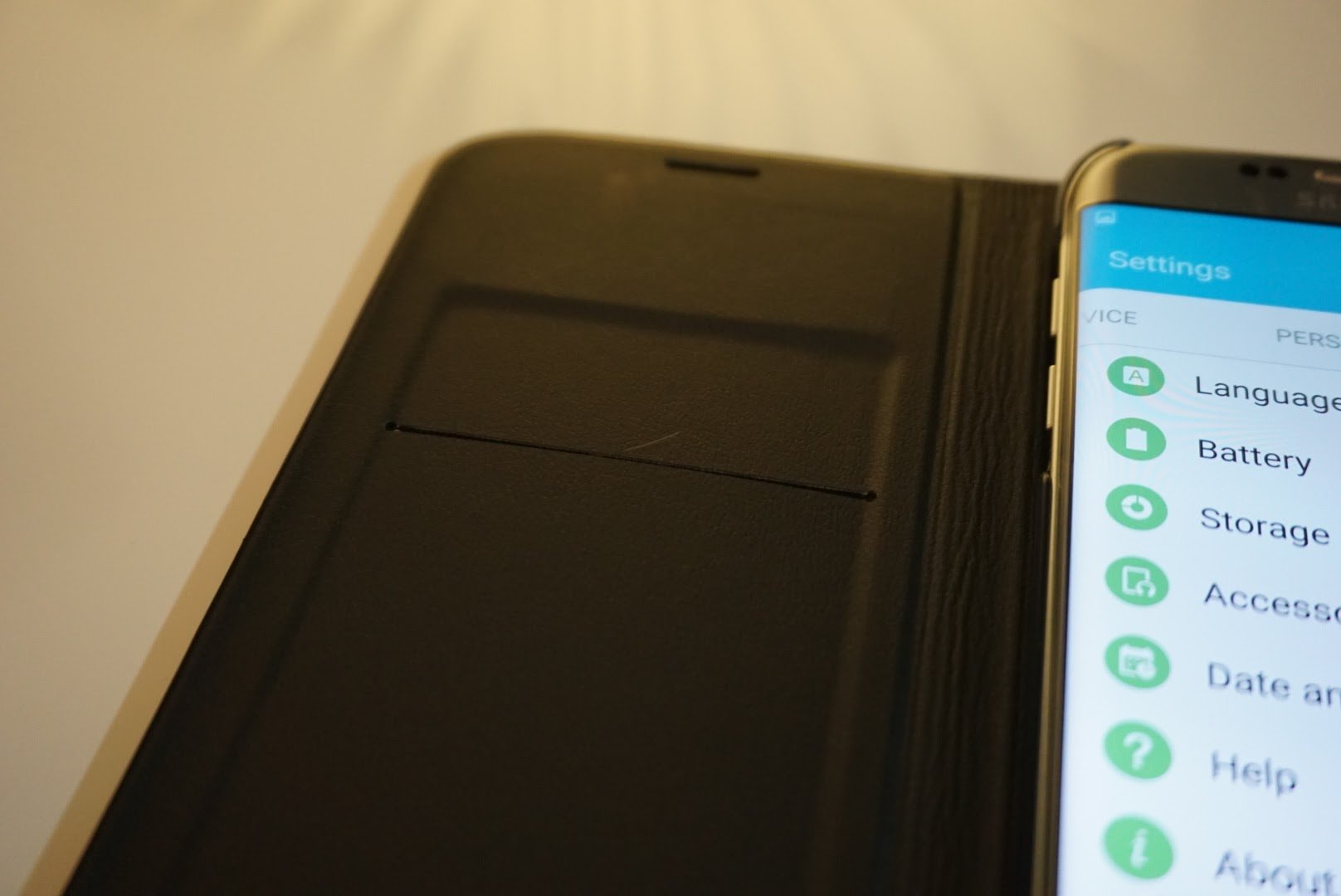 The LED case has a minimalist design, with only the logo from Samsung on the back in addition to the +/- symbols on the side to control the volume. The case fits as perfectly as you would expect since it is an official case of Samsung. When you open and close the front flap, the LED lights come on for a few seconds to tell the current time. If you simply want to check the time, you can also click the power button to turn on the front lights. I don’t often use smartphone cases, because they sometimes add too much bulk and ruin the look of the device. In this case (no pun intended) the Samsung LED flip cover gives the S7 edge a unique and cool look you don’t find from almost all other cases. It feels great to hold, and doesn’t add an unnecessary amount of bulk. There is a hard internal plastic case that holds the phone inside of the flip cover tightly and offers drop protection. It will keep your double glass sided S7 edge from cracking if you drop it. 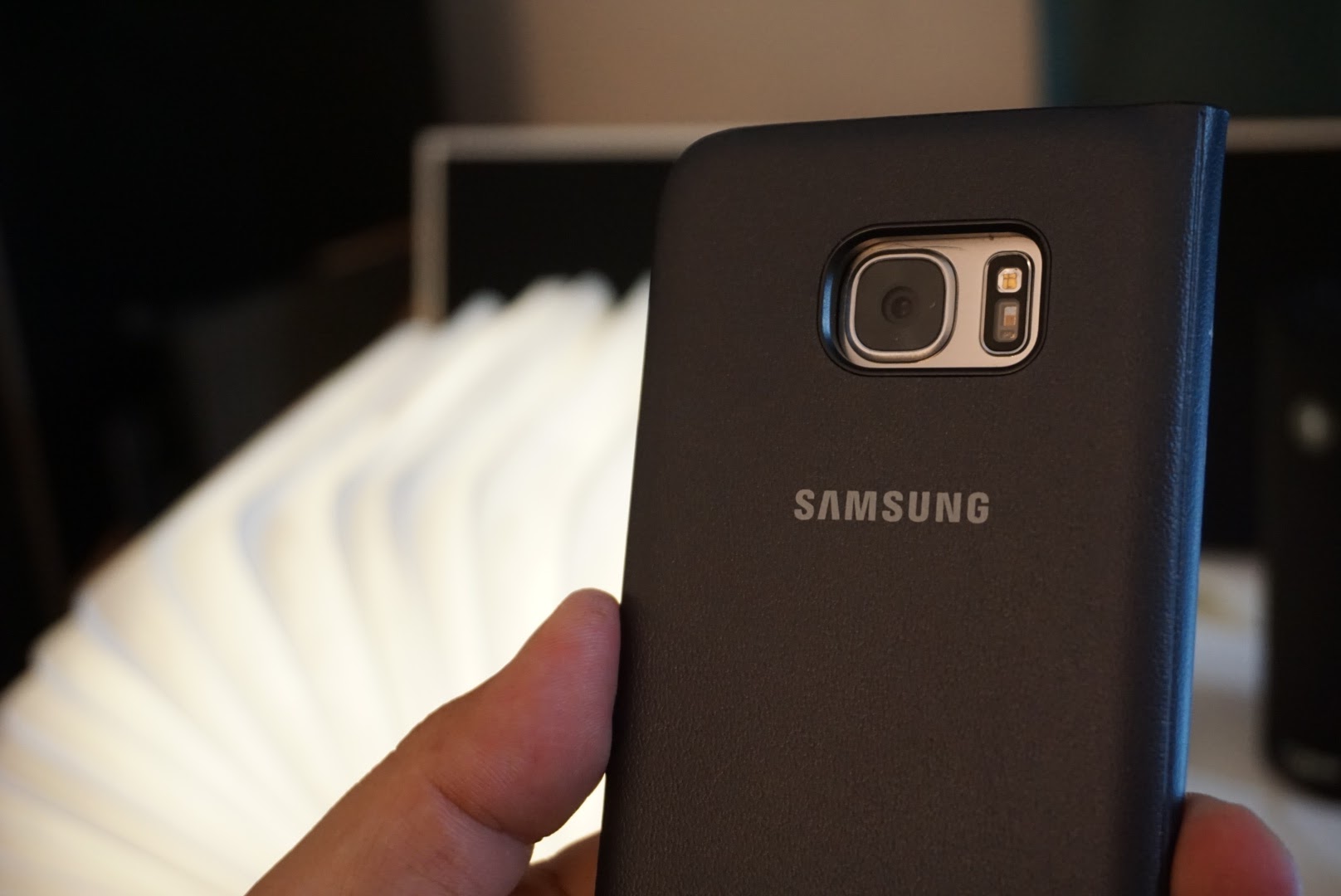 The Samsung Galaxy S7 edge LED flip cover isn’t cheap with an MSRP of $69.99. I don’t normally like to recommend expensive phones or accessories unless they live up to the highest of standards. The S7 edge LED flip cover does that with its incredible build quality, superior fit, and unique LED notification lights on the front. You don’t have to pay full retail if you pick it up on Amazon.com where the price frequently drops below $50. It is a great investment considering it will cost over $150 just to fix cracked glass on both sides. 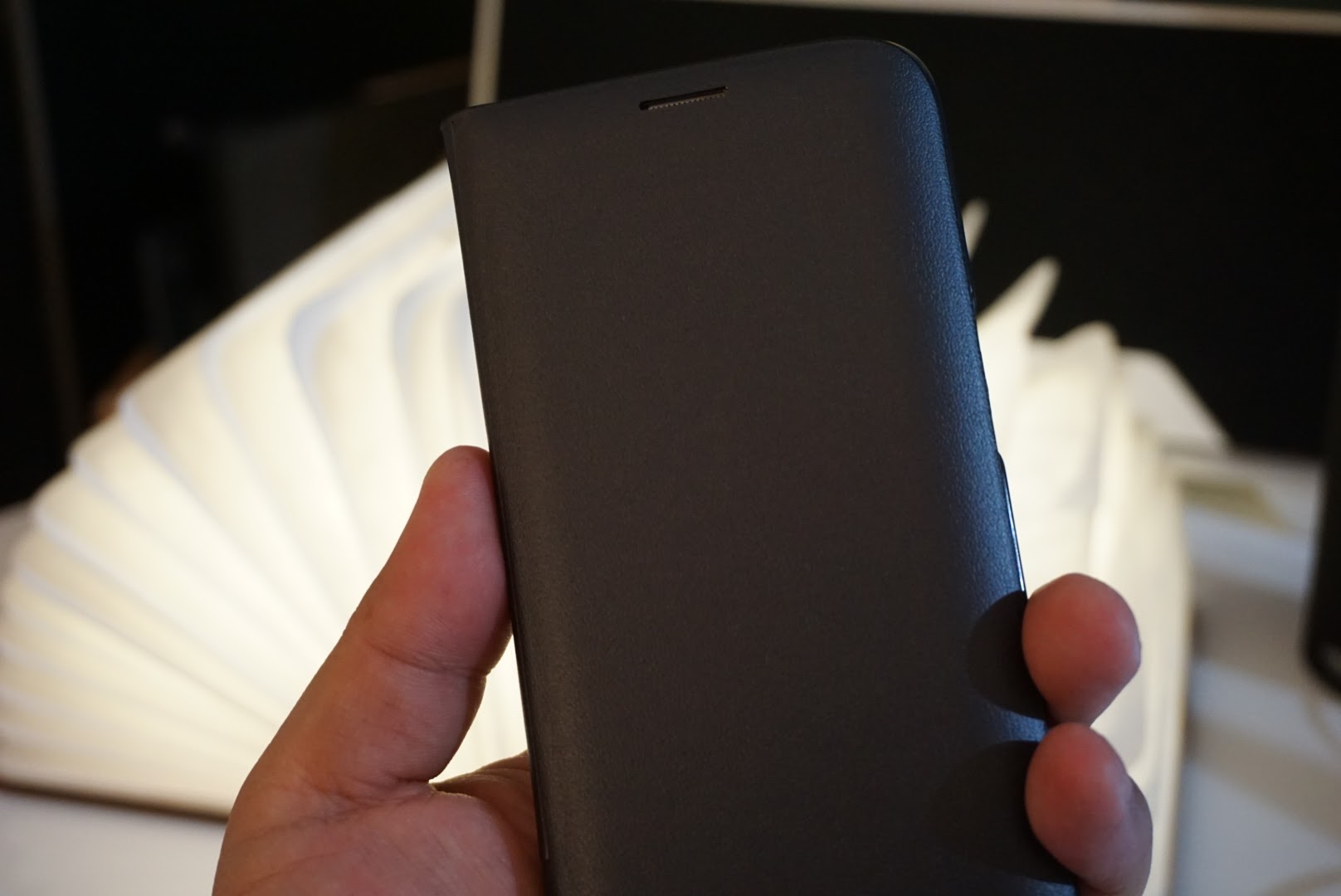 If you’re wondering, you can use wireless charging with this LED flip cover too. 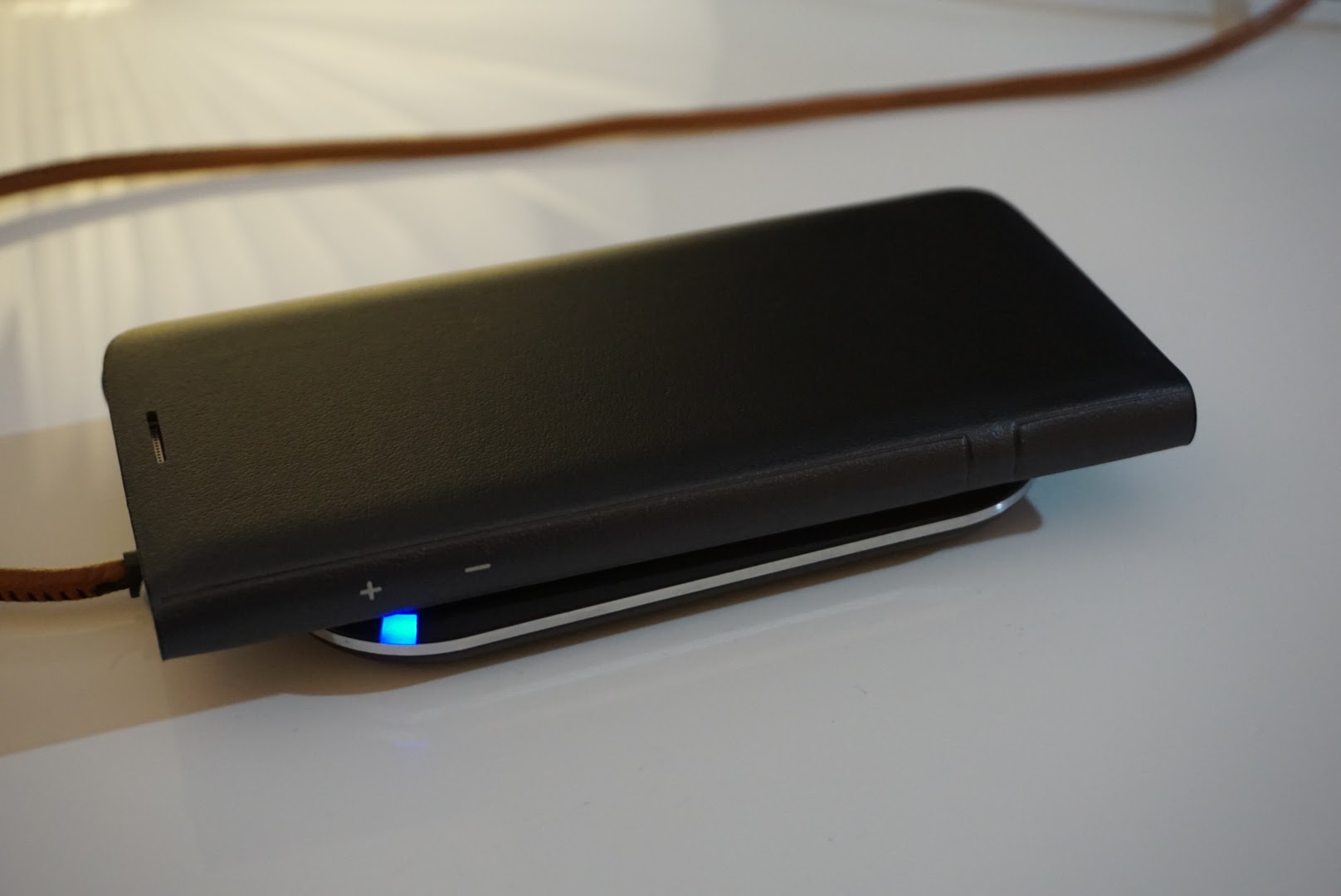 Get it at Amazon.com on sale now. 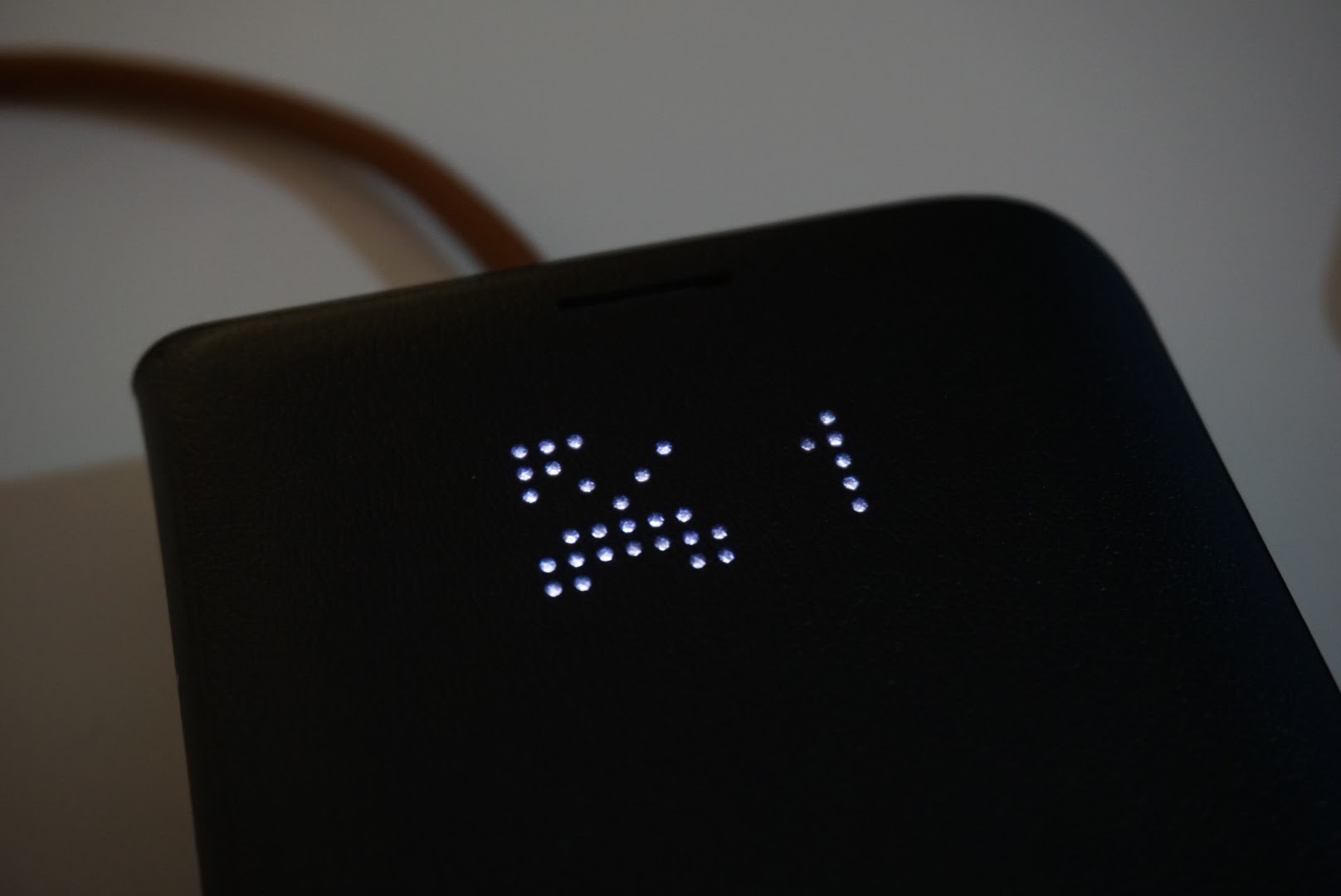