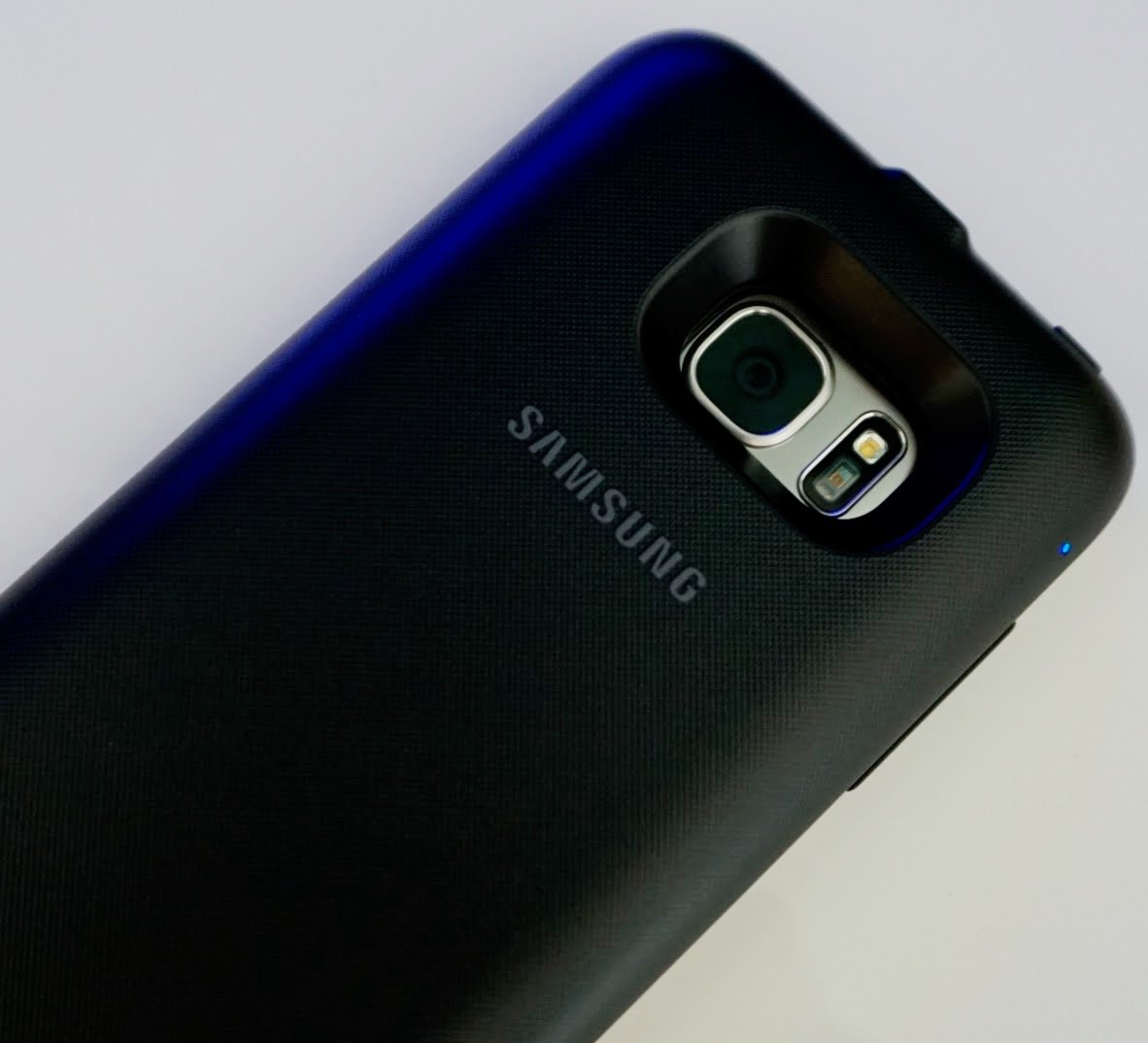 I have been using the Samsung Galaxy S7 edge for just about a month now, and have been reviewing as many accessories as I possibly can. In the past couple of weeks I have reviewed the LED Flip cover, the S-View Clear Flip cover, and the 5200mAh Portable Fast Charging battery pack. After using several official Samsung accessories, I have come to the conclusion that they are some of the best you can get.

If you’ve stuck with me through all of my reviews, I want to thank you. It is a lot to read about, and I have just one more case I think you should care about – the Samsung Galaxy S7 edge Wireless Charging Battery Pack. 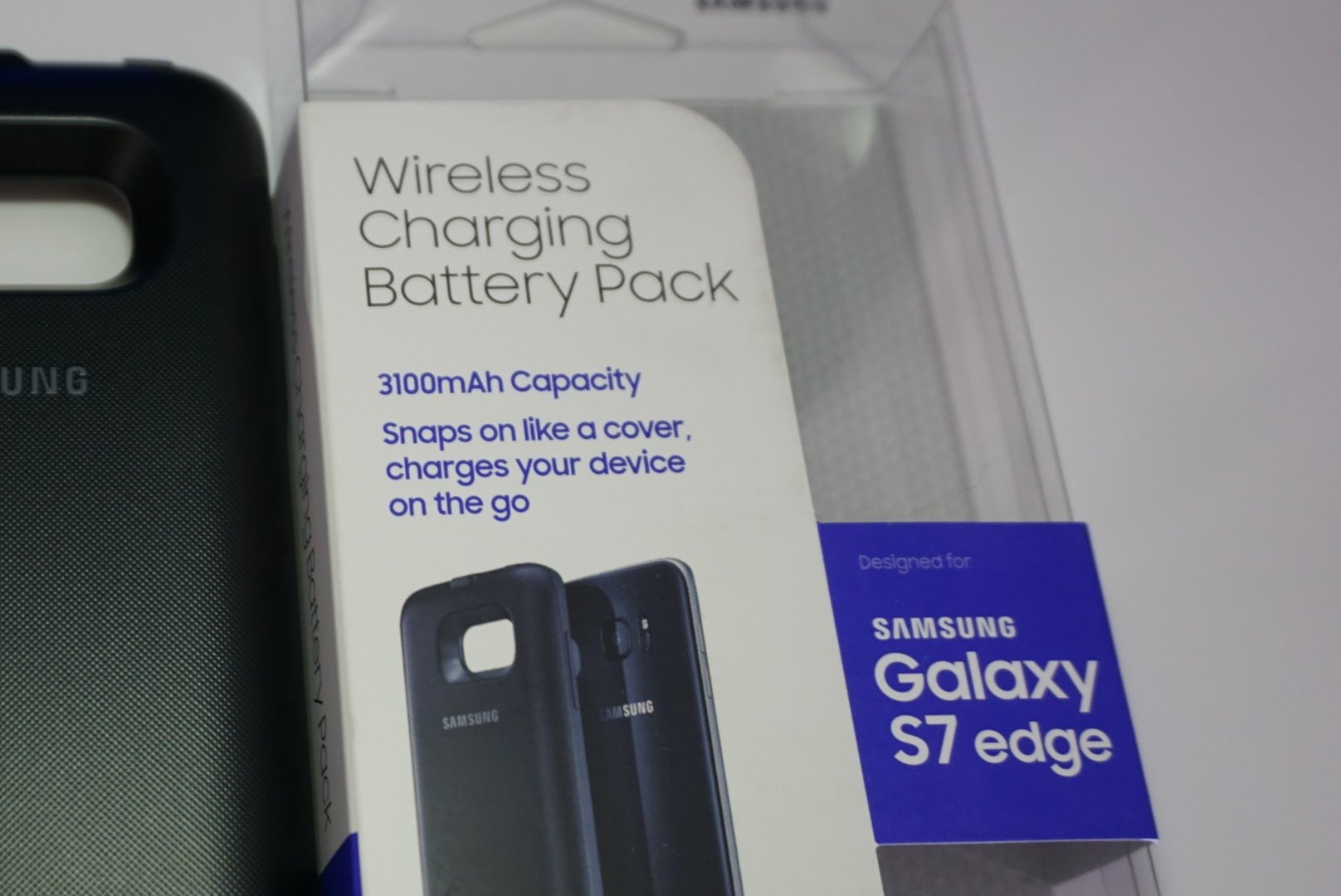 The first thing you notice about the Wireless Charging Battery Pack for the Samsung Galaxy S7 edge is its incredible build quality. Like the other official Samsung cases I reviewed, this one lives up to the same standards. It is made from a soft, almost silicone like plastic that is textured on the back and extremely comfortable to hold. The sides are firm, but soft enough to let the S7 edge slide in and out with ease.

The case itself doesn’t seem to be designed to protect the front of your phone as it doesn’t have the typical raised sides that other cases have. 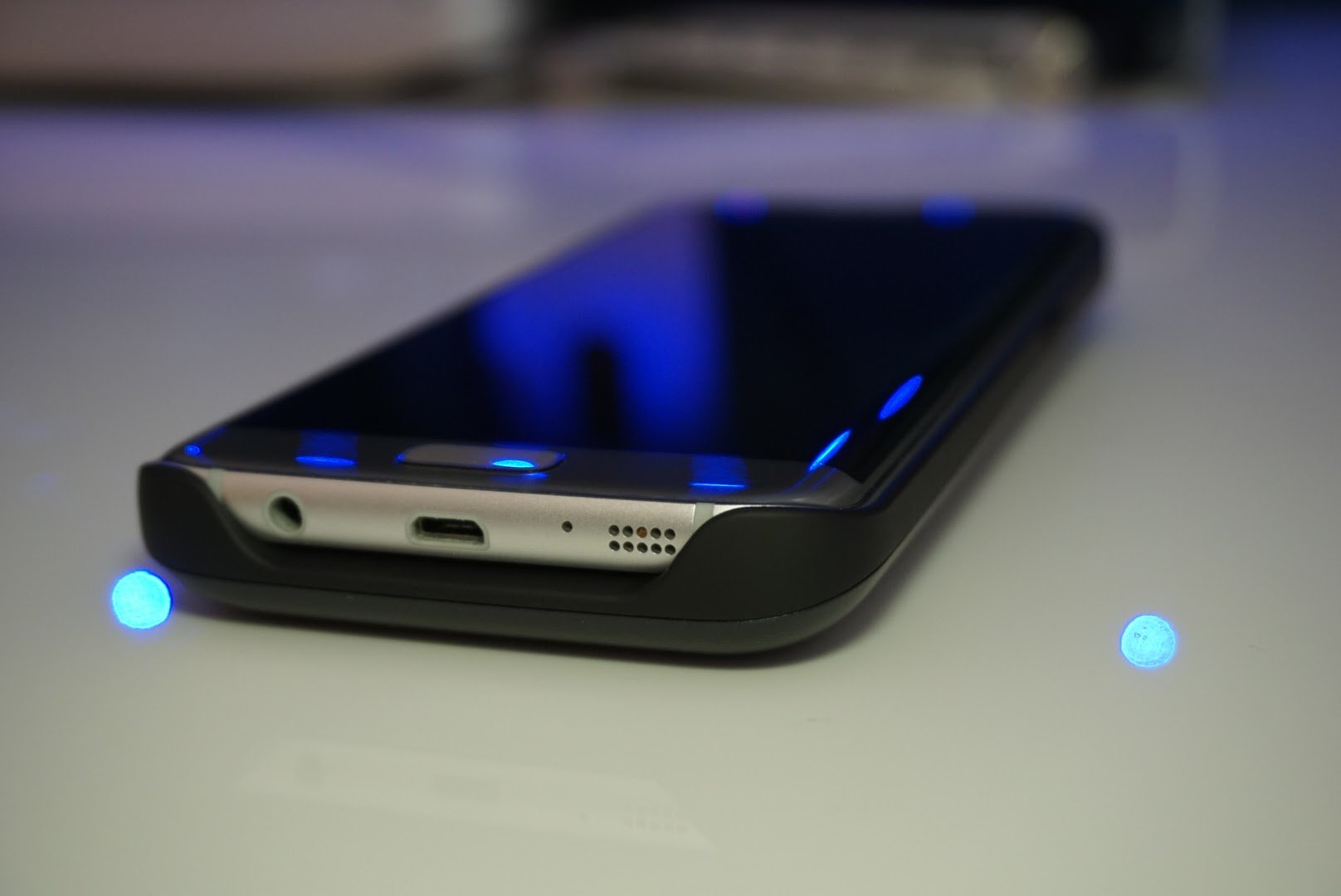 I would venture to guess that Samsung did that to keep the profile as slim as possible. The Wireless Charging Battery Pack is already thicker than the S7 edge at 8.53mm, so Samsung probably saved a millimeter or two by not adding this lip.

The Wireless Charging Battery Pack has a microUSB port on the top for charging the battery pack, which leaves the bottom of your phone open to use your 3.5mm jack, speaker, as well as the charging port. The 3100mAh battery uses Qi wireless charging to charge you phone, making this battery extremely convenient for on-the-go users who don’t always use cases.

I get about 50-60% additional charge with this battery pack when my phone is on, even though it is just 500mAh smaller than the 3600mAh battery built into the S7 edge. When my phone is off, I get closer to 80% charge from 0%.

Having a wireless charging battery pack is convenient and something I never have used before in a case. The phone slides in and out with ease making it perfect for when I need additional power to get me through a hard day of usage on my S7 edge. 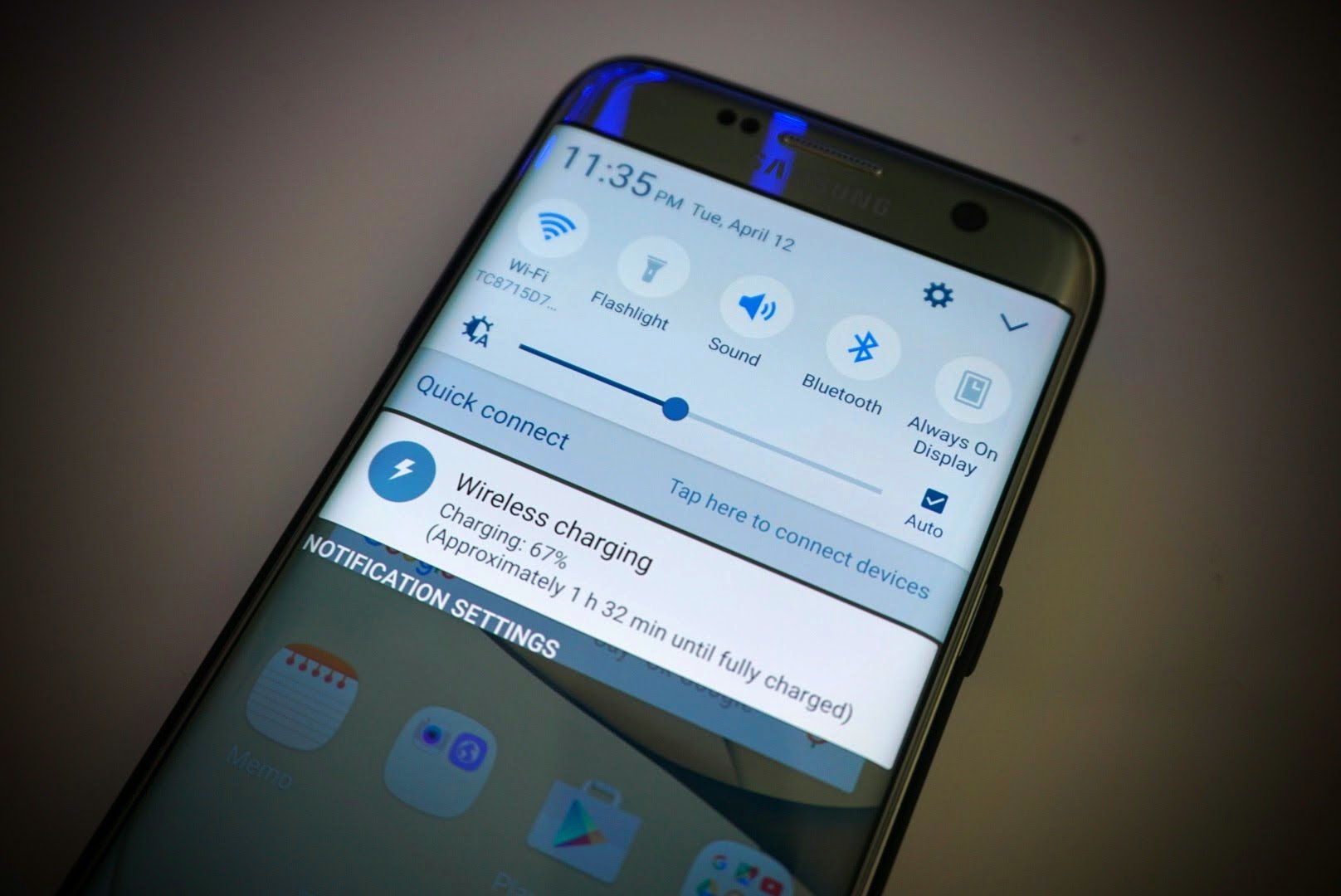 This case is made for the S7 edge and only the S7 edge. Don’t expect to be able to use it with other USB powered devices since it does not have a USB output port. With a price tag of $89.99, this case is a pricey option.

However, Samsung Galaxy S7 edge users typically don’t shy away from high price tags when it comes to paying for quality since the phone itself runs about $800. Samsung’s Wireless Charging Battery Pack is a unique one, but one worth getting if you have the cash.

You can check out my other reviews here: 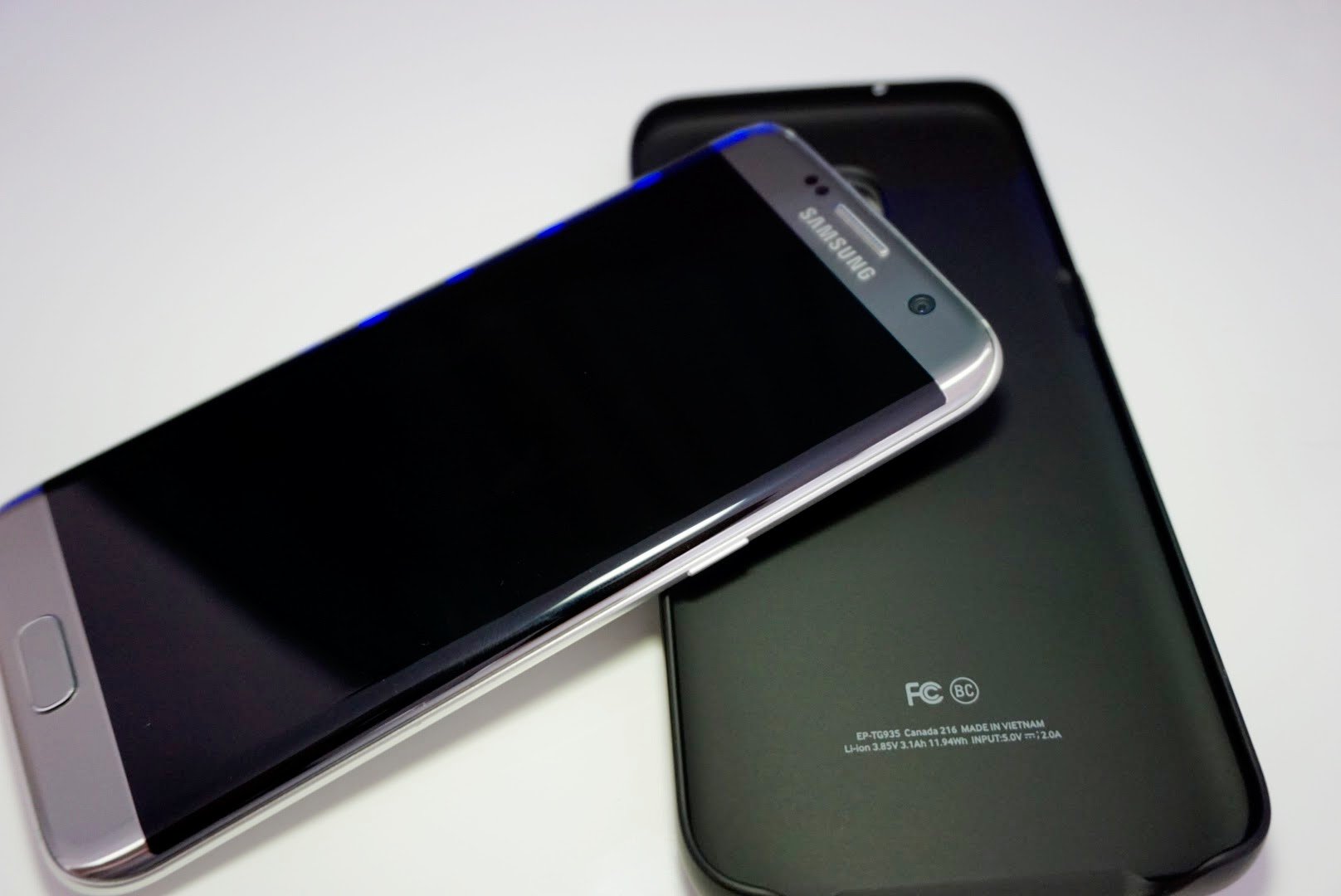