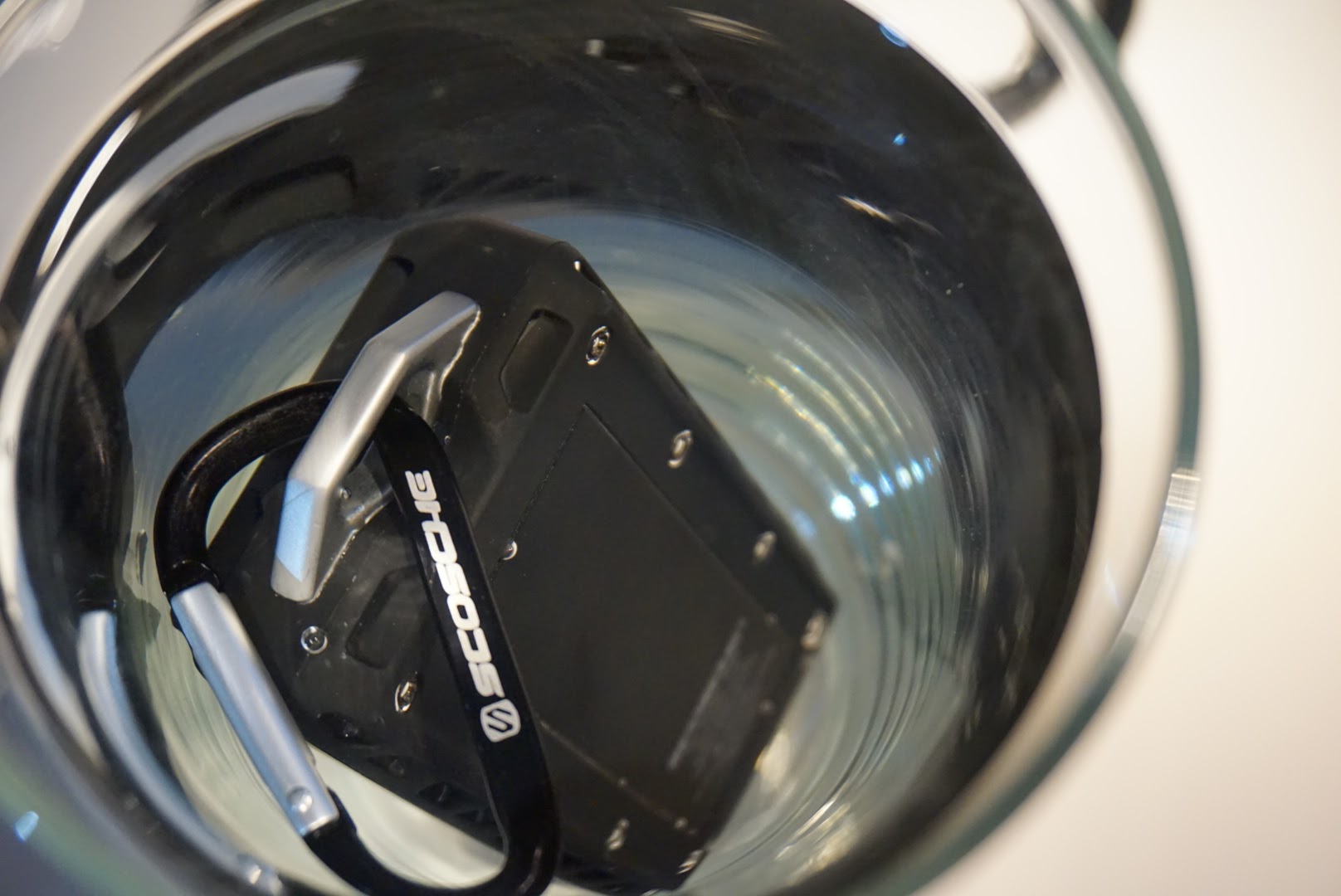 Scosche is one of the most well established mobile accessory makers today, getting its start in 1980 in beautiful Southern California. It has won countless awards for many of its products and continues to win over the hearts of its most loyal customers.

Up for review today is one of its most rugged products, the Scosche GoBat 6000mAh portable battery. I review a ton of batteries. Not surprisingly batteries can be one of the most mundane accessories to review, but without question they are one of the most valuable and necessary items we need to have with us if we want to stay powered up. 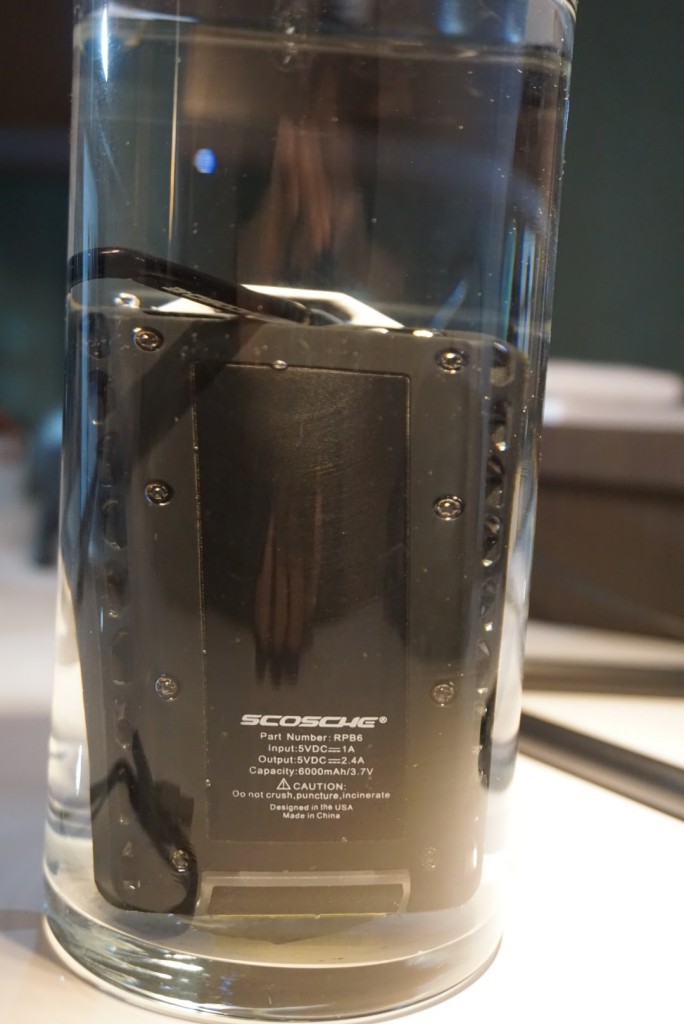 The Scosche GoBat 6000mAh portable battery is an ultra rugged device aimed at giving you up to three full charges on your smartphone or about one full charge on your tablet. It has an IP68 rating which means it is fully dust proof and can withstand being fully submerged in water up to three feet deep for thirty minutes. One unique feature is the zero discharge circuitry built into the GoBat giving the battery the ability to hold a charge for multiple years.

It comes with one 2.4AMP full sized USB out port for iOS and Android devices, and it has one microUSB port for charging the unit itself. The USB ports are protected by a door made from the same solid plastic material found on the outside of the case. That door is what keeps the water and dust out of the electrical components and there is a sticker telling you so. There is a multi-color LED light to indicate the battery level with a power button on the topside of the charger.

On the backside of the GoBat 6000 is an alloy ring made for a carabiner so you can attach the battery to a backpack or belt loop.

Overall the battery is well built and is designed to withstand the demands of being outdoors. 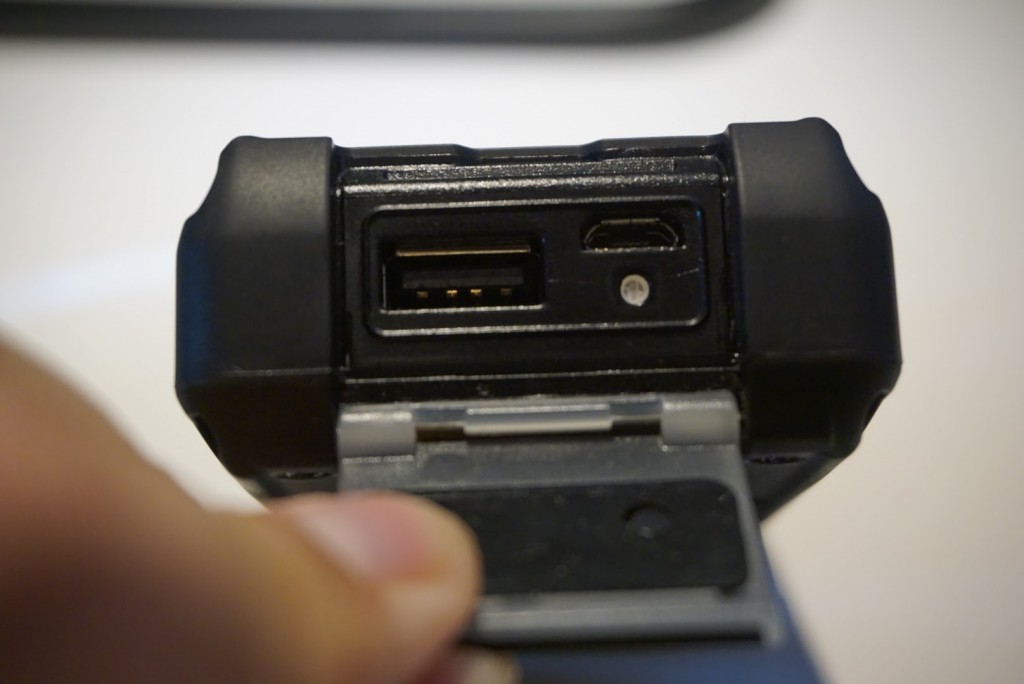 While I may not live the extreme lifestyle like mountain climbers, cliff jumpers and cliff divers, I do however love the outdoors. And to be honest, I highly doubt a cliff diver is going to have a mobile phone on them while they’re out on a ledge.

Being a resident of San Diego, I find myself hiking, hanging out at the beach, and camping on a regular basis. San Diego’s average high temperatures hovered around 64 degrees Fahrenheit this February, and if you lived here I am sure you’d be outdoors too.

While I am outdoors I am always taking pictures and have a need to stay connected – battery life is one of my top concerns with mobile devices. I find myself needing to charge my smartphone often and there is a real satisfaction knowing I have mobile accessories that I can bring that won’t get damaged by dirt, drops or water. That’s where the Scosche GoBat 6000 fits perfectly. All I have to do attach it to my backpack and bring it along.

I usually have my best friend Taro (my Labrador/Shepherd mix) with me which means I am constantly setting my backpack down in the dirt to pull out her bowl and water to give her a break on our hikes. Or when we are at the beach, my backpack or beach bag is gathering sand with Taro usually using it as a resting spot when she lays down after swimming for a good 20 minutes in the ocean. The GoBat has been an accessory that has gotten its fill of dirt, sand and water and has lived through it with ease. 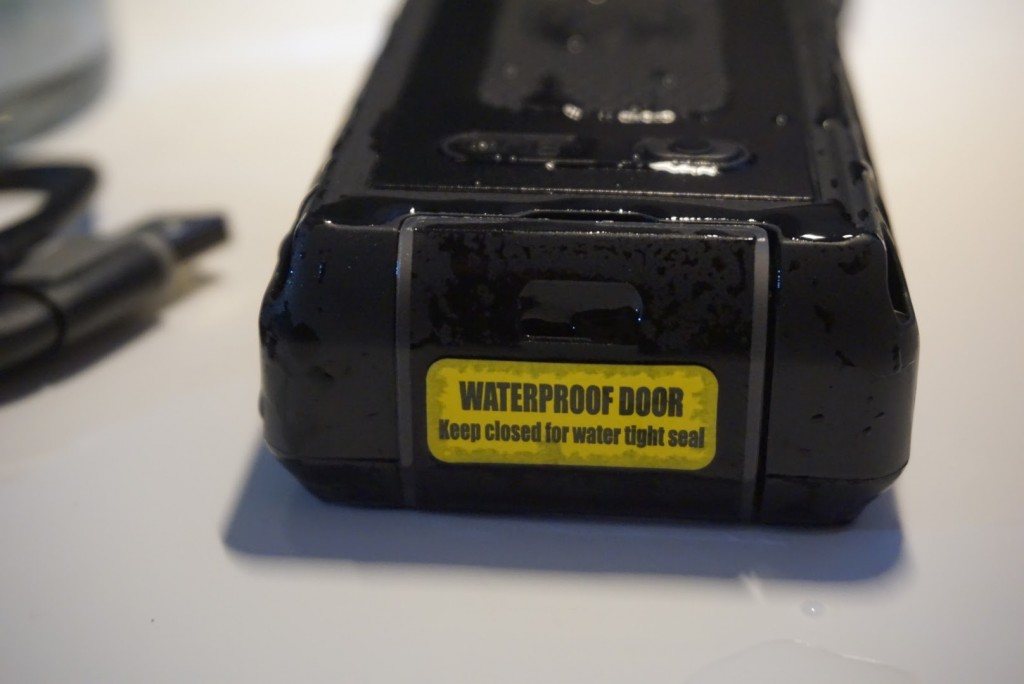 It even dropped about ten feet down the side of a rock cliff when I tossed it to my friend who can’t catch to save her life. The only damage it sustained was a scratched corner.

With an IP68 rating all I have to do is wash it in the sink when I get home to restore it to like new quality.

The 6000mAh power rating is more than enough power to get two full charges on any smartphone I am using at any given time. While there are much bigger batteries with power ratings of 10000-20000mAh, I don’t always need to lug the extra weight with me. 6000mAh is enough power for me and a friend while we are enjoying the good weather in San Diego.

The Scosche GoBat 6000mAh battery easily refilled my phone twice, and even more importantly held a full charge while I wasn’t using it. I definitely don’t need a portable battery during the work week, and usually put it to use just about every weekend so leaving it connected to a charger is something I do not do. I have been using the GoBat for about two months now and absolutely love it.

It’s everything I need in a battery – it can survive my weekend adventures and I don’t need to worry about it while at home or outdoors. 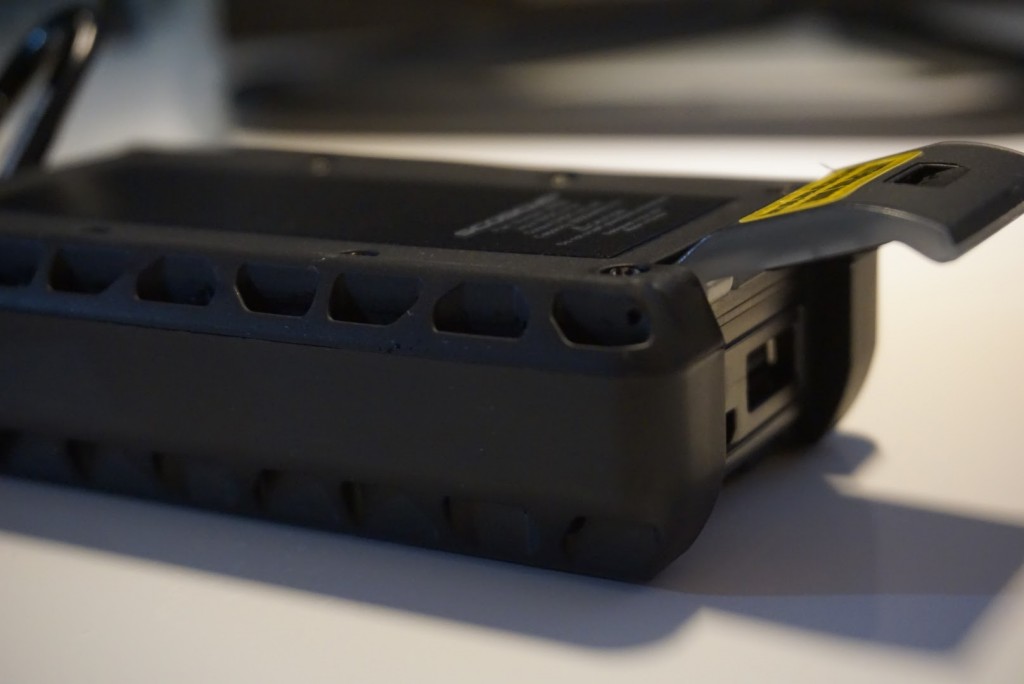 While most portable batteries are designed for indoor usage, the Scosche GoBat 6000 is designed not only for the same purpose, but also for the outdoor lifestyle as well. It comes in a superior package that is so well built it has a military rating for drops. It also comes with an IP68 rating which means it can withstand being submerged in three feet of water for thirty minutes and is completely dust proof. This translates to the Scosche GoBat being one of the most versatile accessories that you should consider adding to your arsenal of tech items.

Learn more at Scosche.com or at Amazon.com.