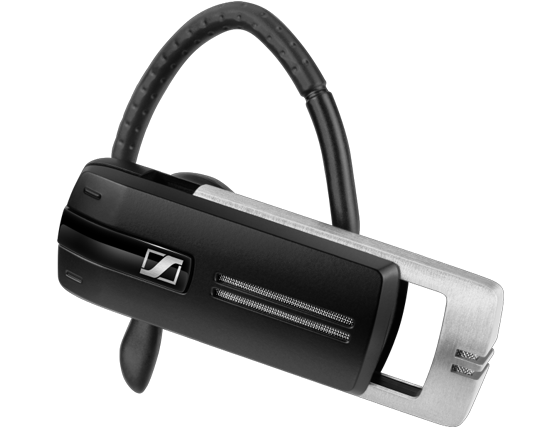 It’s funny that the “phone” part of “smartphone” has somewhat gotten lost. Many of us prefer typing to communicate rather than frightful human interaction. Then there are those who rely on vocal communication to function on a day-to-day basis. Especially for the business folk, phone calls are still crucial.

Bluetooth wireless headsets have been helping such users for a while now, but that doesn’t mean that aren’t improvements to be had. Today, we’re looking at a new one from Sennheiser, called the PRESENCE.

Sennheiser is a long-standing audio manufacturer most known for high quality, leading headphones, but it also has a say in the wireless communication space. The PRESENCE comes with the promise of functionality innovations and exceptionally effective audio. Let’s check out if it delivers.

The PRESENCE makes a nice impression right away, because it comes in a fancy and sturdy carrying case. Opening it reveals an organized layout of the headset components.

Laying it all out, we have the earpiece, four different ear tip sizes, a Bluetooth dongle (for use with a computer), short microUSB to USB cable, and car charger. It’s important to know that the PRESENCE is available in variants. If you don’t care for the carrying case or USB dongle, then you can pay less for what Sennheiser calls the PRESENCE Business. Our package is the PRESENCE UC.

The wireless earpiece has a functional but sleek-looking design. The materials aren’t the most premium feeling (it’s all plastic construction), but that in-turn makes the unit very lightweight.

Three are three physical buttons total – a primary button on the glossy strip that runs down the middle and two small volume buttons towards the back end. The center button initiates all the functions, like pairing and answering/ending calls.

The ear support arm is attached sturdily and rotates any which way, and it’s easily removable if you don’t care for it. You’ll also get ear support from three of the ear tips, which have a small extension (fin) that fit within your inner ear. The ear tips aren’t anything special; it’s typical silicone.

On the back end, you’ll see an exposed microUSB charging port (which I’m not sure is best in regard to durability; it could rain on you while you’re on a call) and an LED status light directly above it.

The PRESENCE has more to it than meets the eye. It doesn’t just throw in Bluetooth and call it a day. Sennheiser put a huge focus on a clear and distraction-free audio experience. The unit has various technology to filter out noise. The goal was to maintain sound presence (hence, the product’s name) in the midst of noisy office coworkers or a windy outdoor environment.

The microphone voice input is also efficient. A voice detector reacts when you begin to speak and utilizes three digital microphones to deliver consistently clear sound to the listener. 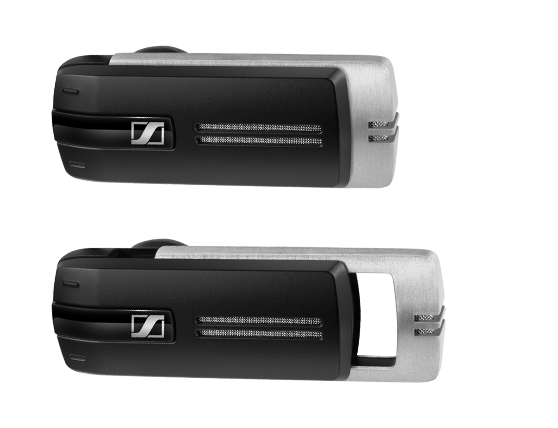 The earpiece wear is fairly standard. It’s not the easiest to don, but once you do, it stays put and is comfortable (you barely notice it). A nice feature is the boom arm (the silver rim around the unit extends out). You turn the earpiece on by pulling the arm out, and vice versa. I prefer this method over holding down a button.

The functions are pretty simple; it just takes a little playing around to figure out the what different presses of the primary button do. But it’s pretty intuitive if you’ve used a Bluetooth headset before. To get started, hold down the center button for a few seconds to initiate pairing and simply find the PRESENCE in your mobile device’s Bluetooth settings. Double pressing it will have it call the most recent phone number. And holding the button for one second will initiate the phone’s voice function (i.e. Google Now).

The battery is said to last up to 10 hours of talk time. If you do run out, fortunately, the charging speed is no slouch. 30 minutes replenishes half its capacity. And the Bluetooth range can go up to about 80 feet (depending on the environment).

As expected, the call sound quality is solid. Even with a noisy environment, the caller’s voice comes through distinctly and clearly, albeit, a little tinny-sounding. It’s pretty great when your surroundings aren’t able to drown out the sound that you’re trying to focus on. You’re able to give the caller your undivided attention.

Sennheiser did a fantastic job on this earpiece. It’s packed with a lot of behind-the-scene technology, which I think accomplishes the goals of efficient and clear audio. It’s not the cheapest Bluetooth headset out there (the price ranges from $100 to $150, depending the model), but if you really value communication performance, then look no further.

Invest in your personal growth with this 5-course eLearning bundle