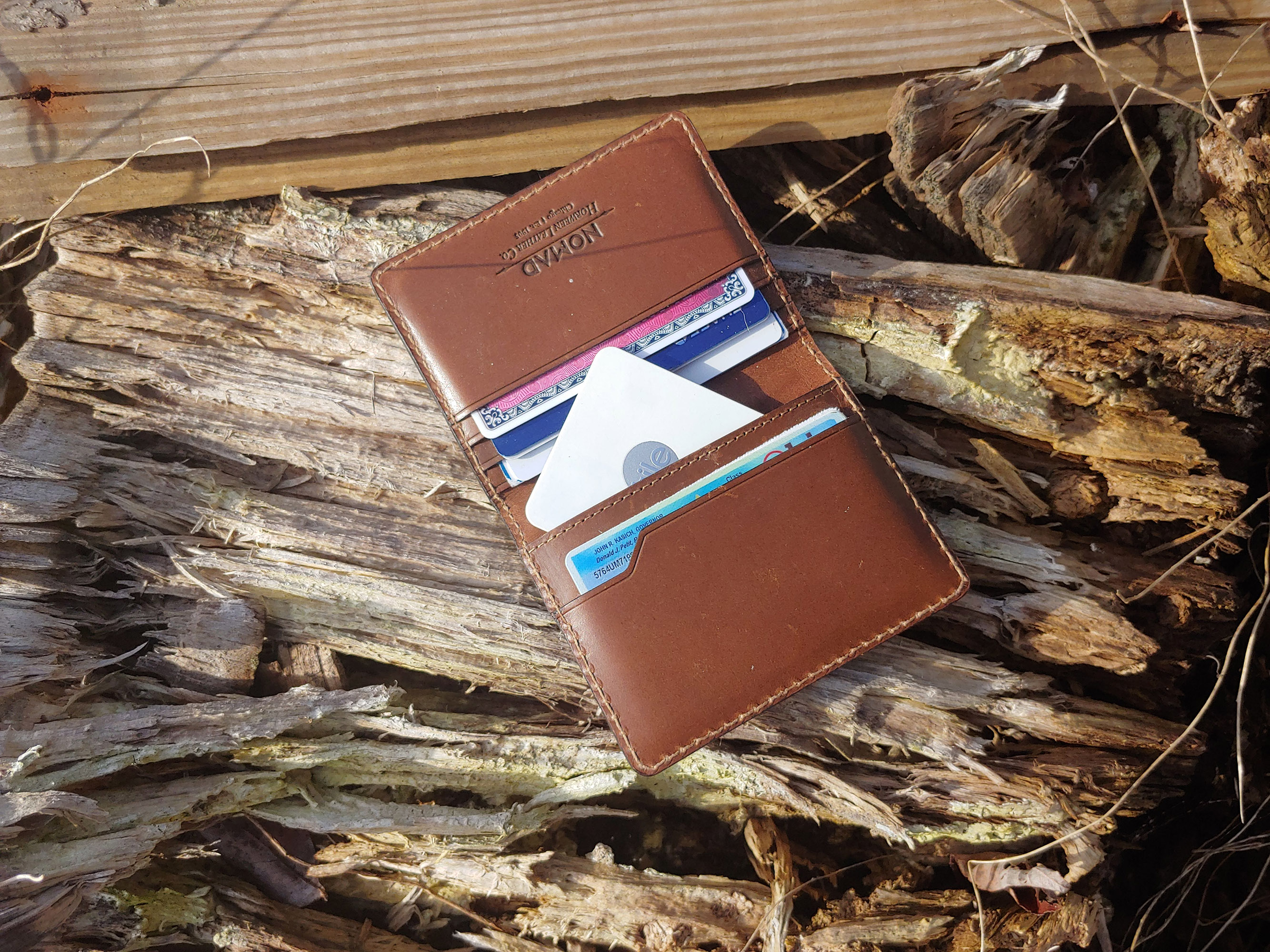 Smart products are everywhere. Anything that we can add technology to, we usually end up doing. That ranges from everything like lights, fans, and security systems to garage doors, car chargers, and more.

Adding smart technology to otherwise dumb products can be a real game changer. No longer do we have to wonder if that shadowy figure in front of our door is a robber or sweet old grandma. Now we can unlock the front door of our home so we can get in even faster since its pouring down rain. Connected tech, in most instances, makes our lives easier.

But, there’s a different kind of tech being added to products too. It’s tech that keeps us from doing dumb things. You can see traces of this in Google’s new Android 9 Pie operating system. It includes the Digital Wellbeing app that alerts us to how much we’re actually on our phones. Smartwatches and fitness trackers can let us know where we’ve gone or how long we’ve been running, but also when we’re doing too much.

Did you know there’s tech that can keep you from losing your wallet too? If you’ve ever been lucky enough to lose your wallet or have it stolen, you know it can be a serious situation.

So, we went on a search for the best connected wallets. There isn’t a ton out there right now but we feel we’ve brought together three of the best options you can purchase right now.

The first two wallets we’re taking a look at are both from Ekster, the Senate and Parliament. These two don’t look like traditional wallets, but that’s actually an advantage to some consumers. Sometimes you want something just a little bit different.

Both the Senate and Parliament are a little bit bigger than your standard wallet. While they aren’t as wide, they are taller to account for the card holder inside. This card holder can house up to six cards (three if you have raised print on the cards) or the Trackr, the little device that makes these wallets smart.

Trackr is a third-party company that Ekster teamed up with for these wallets. The Trackr device is about the size of a business card and a few centimeters thick. If features a small window for solar recharging (one charge can last three months) and a small button. 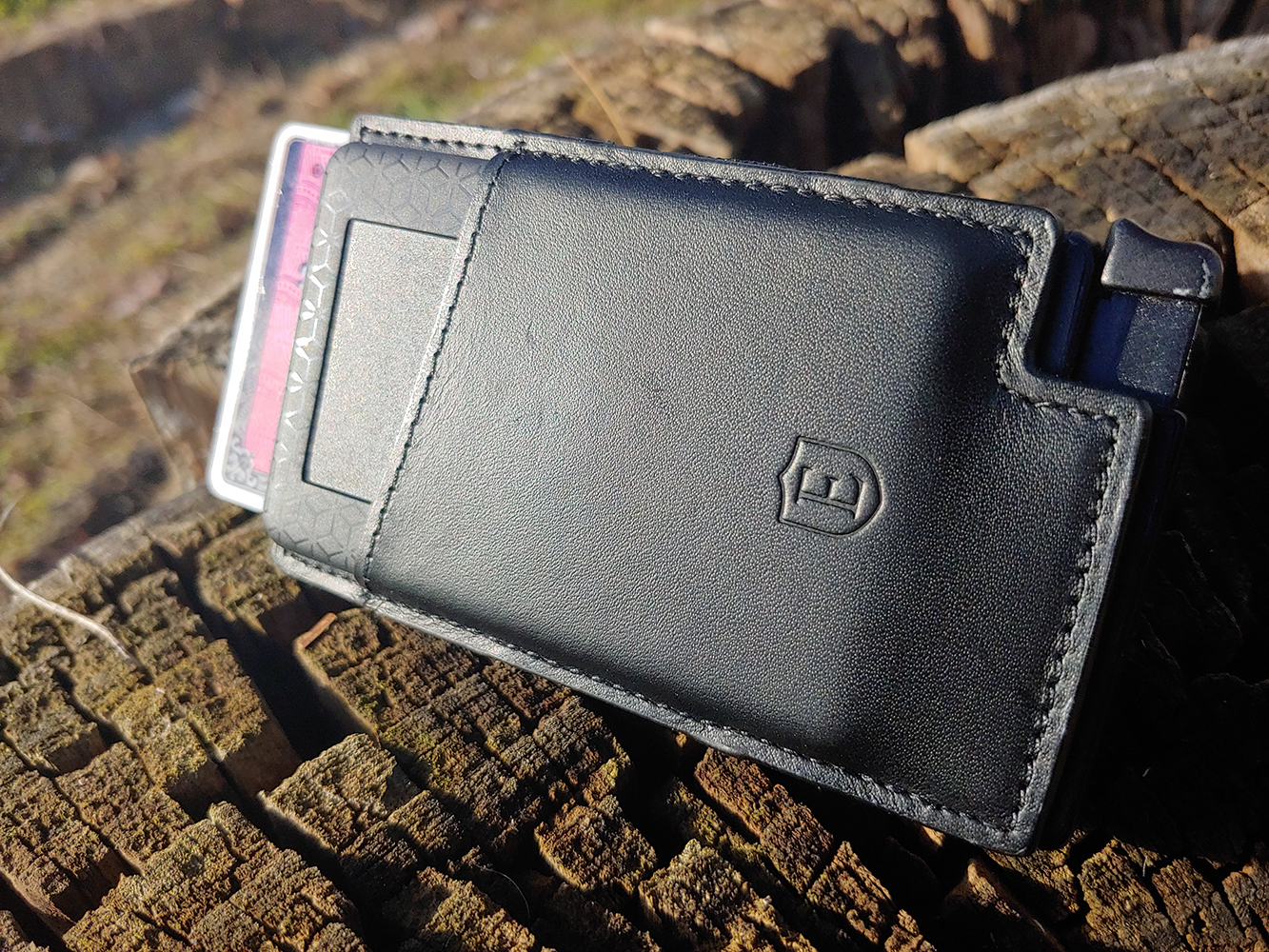 Pressing this button interacts with the Trackr app you can download from the Play Store. If you’re ever missing your phone but have your wallet, a quick press of this button will ring your phone through the app. You can also ring your wallet through the app and set up alerts to tell you when you’ve walked out of range of your wallet. You can turn these off or tell the app to not alert you when connected to your home WiFi network.

This Trackr came in especially handy in a recent situation. I asked my brother to carry the wallet and give me his impressions of it. Due to some poor driving in front of him, he, unfortunately, rear-ended a truck and his phone went flying. He remembered that he could press the button to ring his phone and he found it wedged between seats. It saved the day.

The Trackr app has some other excellent features as well. Of course, you can use it to ring your wallet if you can’t find it. But, it also helps passively find other Trackr devices as well. As I was testing the Senate, I got an alert on my phone that I recently walked passed another Trackr-enabled product that had been lost. The app found the product and alerted its owner with an updated GPS location.

Back to the wallet itself, this is one of the softest leathers I’ve ever felt. I’m not a big leather person, but I never want to put this wallet down because it feels so nice. As you can see in some of the pictures, the brown is wearing rather nicely and should have a nice patina as it gets used more and more. 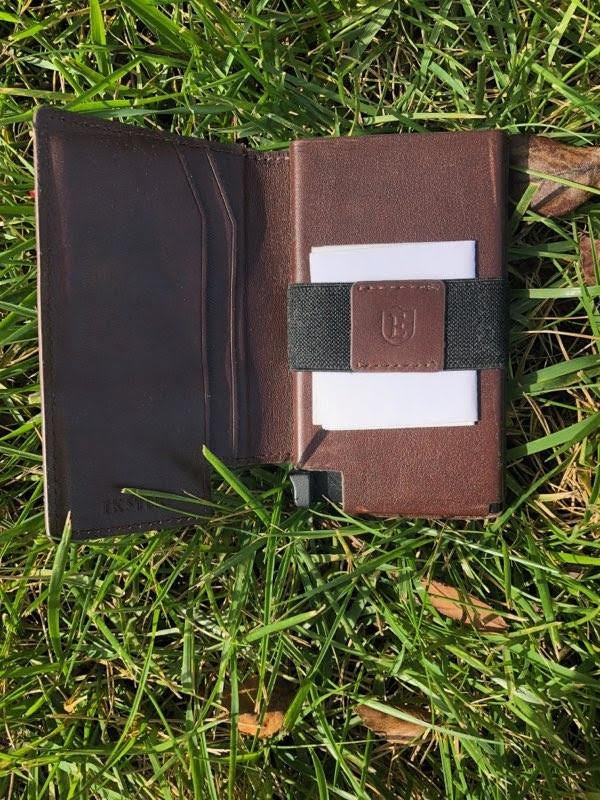 The biggest difference between the Senate and Parliament is the flap that allows you to store some extra cards. If you want to keep it minimal, you can grab the Senate and just throw your cards in the middle pop-up slot, which is RFID shielded. If you need a bit more, grab the Parliament.

Both wallets have the option for the cash strap that allows you to hold important papers or money. I don’t love having money exposed in this way, but it seems like the best option given the design of the wallets. 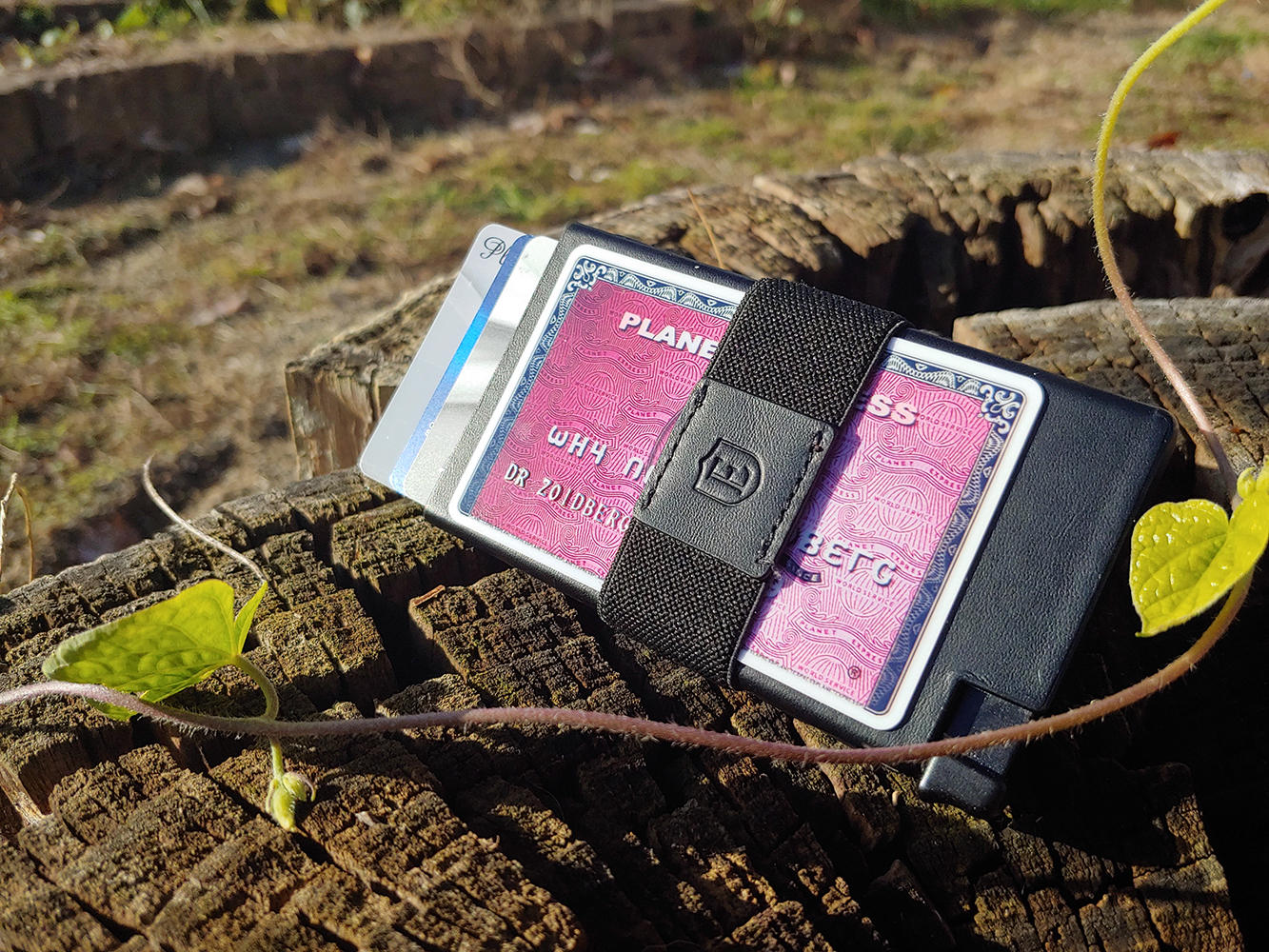 Overall, the Ekster Senate and Parliament are not only excellent smart wallets, but they’re also conversation starters. I’ve had multiple people ask me about them as I got out a card to pay. I told them what I’m about to tell you, they’re simply fantastic. Sure, you don’t need a smart wallet, but if you’re as forgetful as I am, I would definitely suggest picking one of these up for the outstanding Trackr support.

If you decide to pick up one of the wallets from Ekster’s site, they’ve provided a discount code for our readers. Just copy and paste androidguys-EKSTER to receive 15% off your order. You can also check out Ekster’s new Kickstarter campaign for its brand new wallet with voice activation tracking! 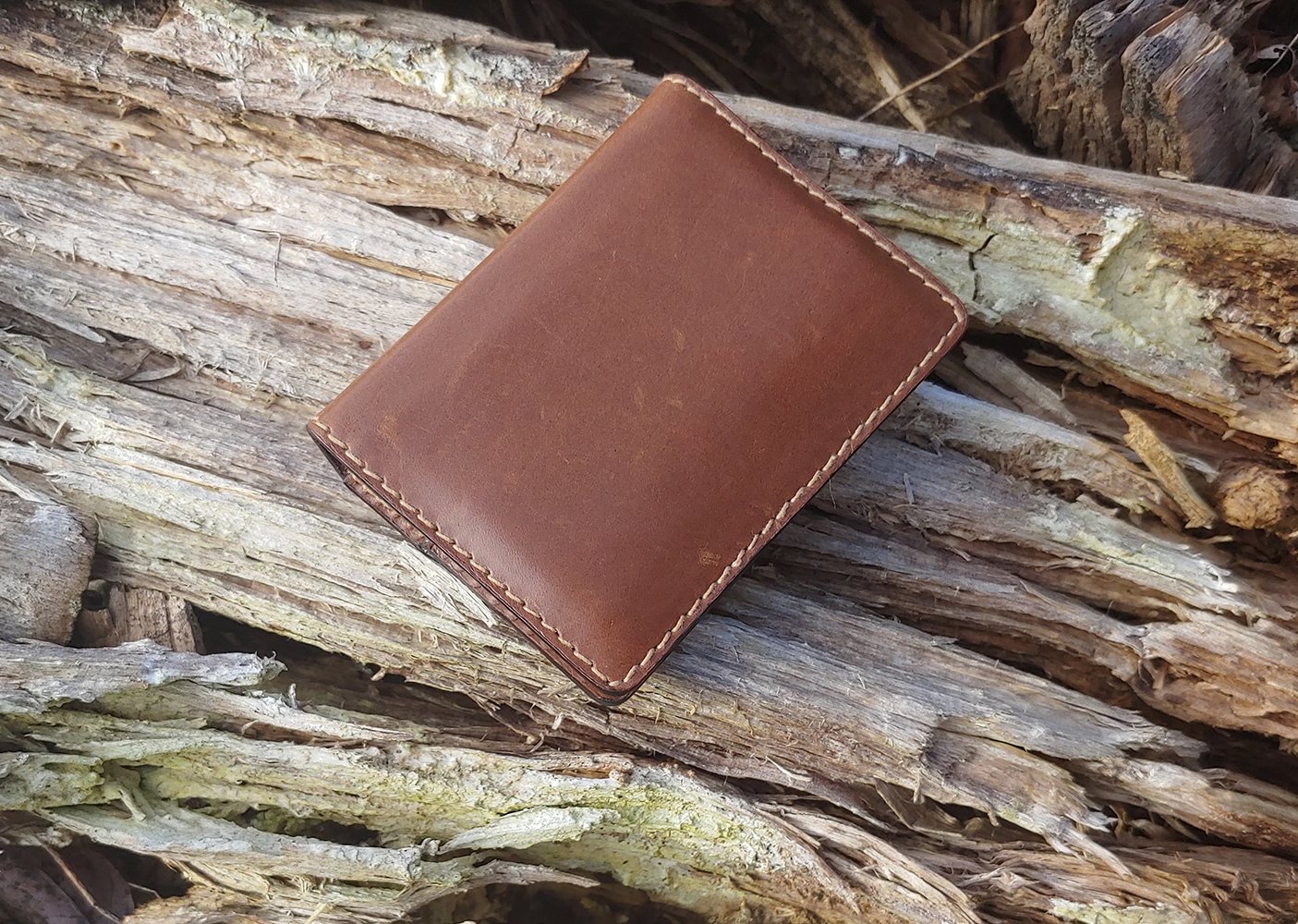 If you’re looking for something that looks more like a standard wallet, the Nomad Slim Wallet might be for you. There are two big differences between the wallets from Nomad and Ekster; design and tracking.

As we said, the Nomad Slim Wallet looks like a regular wallet. It’s a bi-fold design that features card slots on both sides. One side houses the tracking card and one slot where I keep my license and insurance cards. The other side has four slots for your cards. I’ve found that these are big enough for one card, two if you have something small and laminated. On the back of the wallet is another slot big enough for one more card.

Read more: The world’s thinnest charger can fit in your wallet

The Nomad also uses different leather than the Ekster wallets. It uses Horween leather that doesn’t feel as soft and is pretty lightweight. Now, don’t take that as a negative because it isn’t. Sure, we love some soft leather, but I have zero doubt how well this wallet will stand up to abuse over time and how long it’ll last. It’s a quality product. 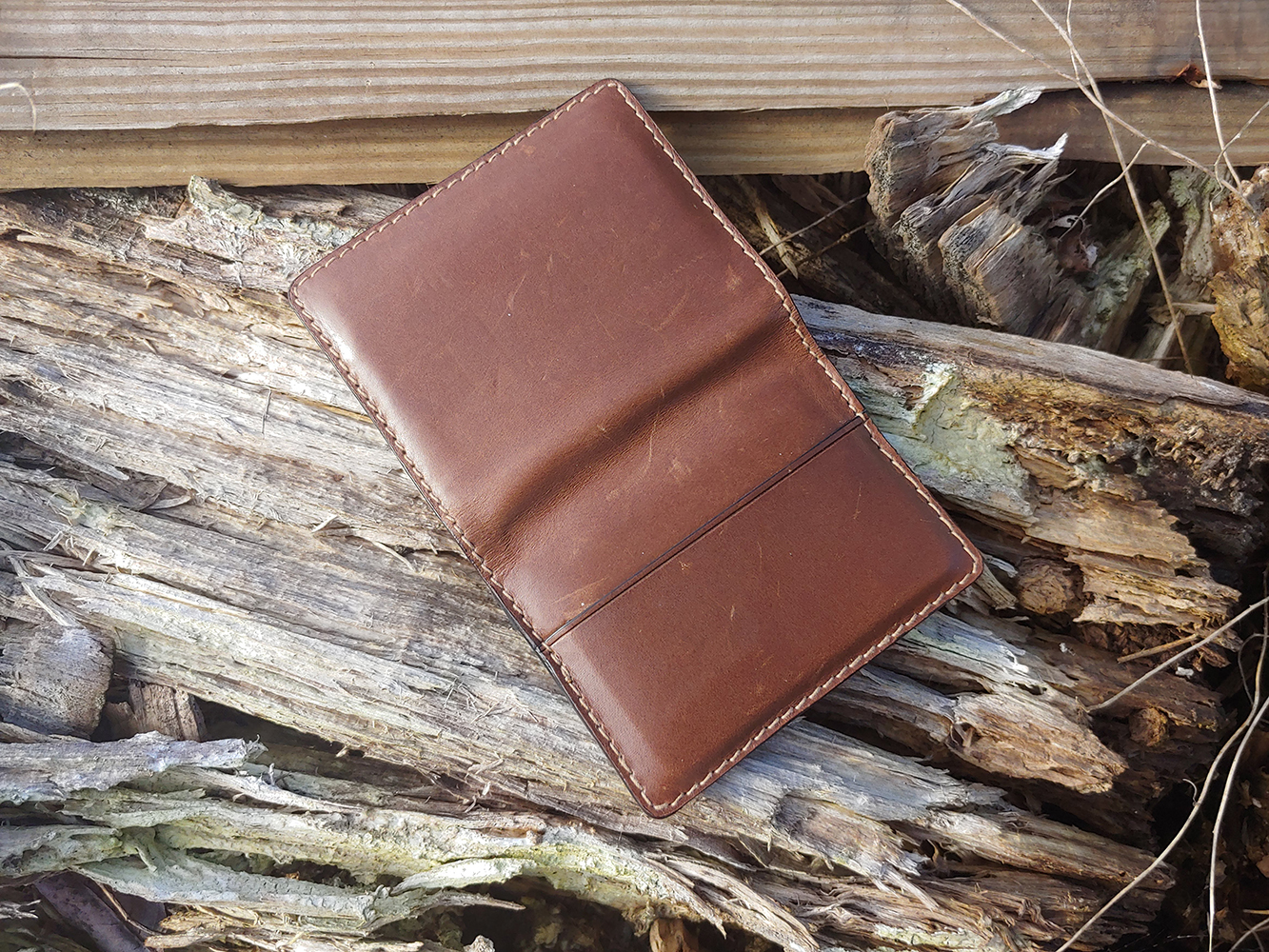 As for tracking, Nomad is teaming up with Tile for the Slim Wallet. Yep, that Tile. Tile has been one of the most popular tracking companies in recent years and makes trackers that you can stick in your bag, on your keyring, or pretty much anywhere else you can think of. This time, it’s stuck in a pocket inside the wallet and you can’t tell it is even there. While the Trackr on the Ekster wallets is tall and a little thick, the Tile tracker is much smaller and feels thinner. 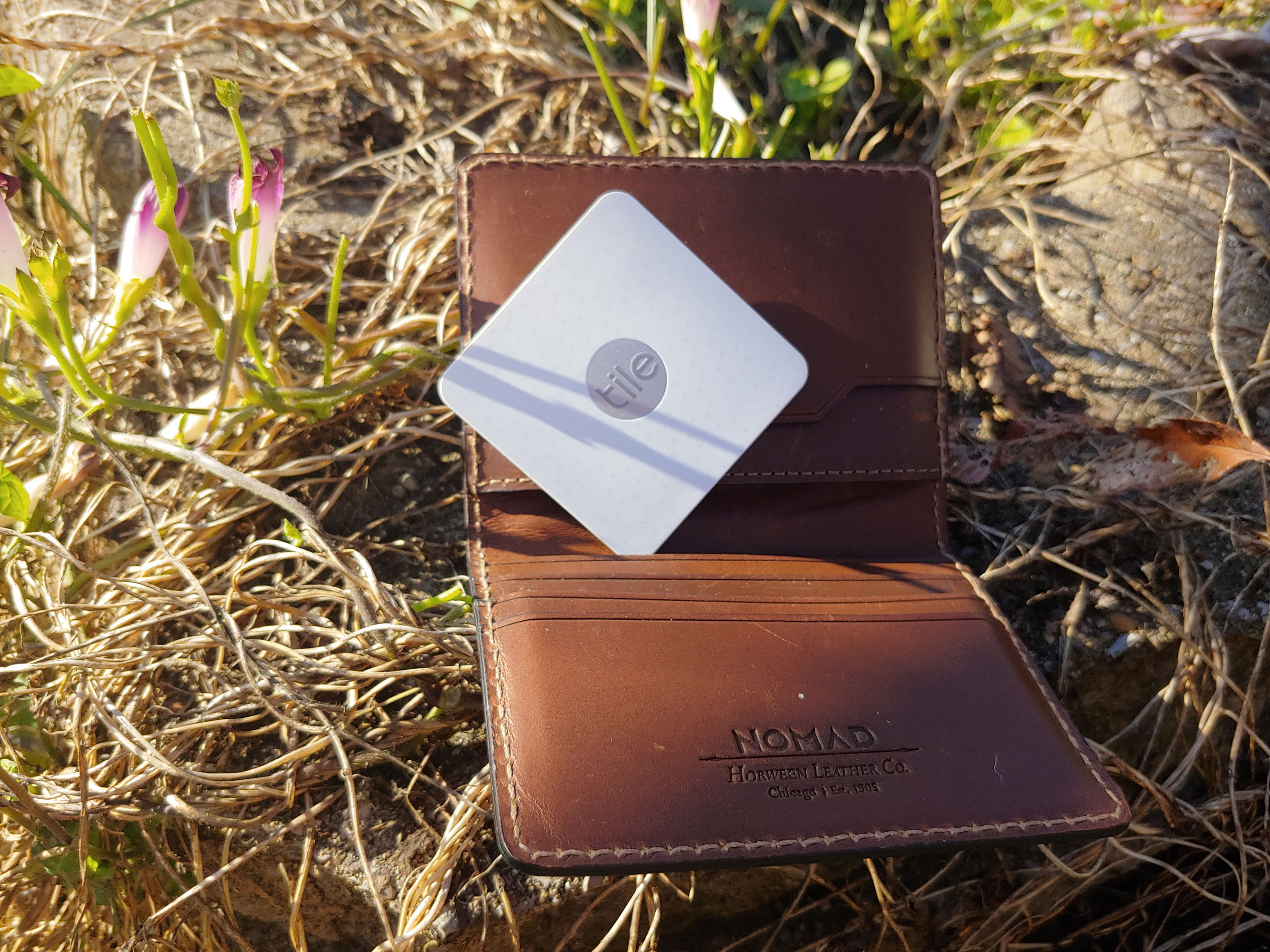 There are some downsides to this though. While you can recharge the Trackr, you can’t with the Tile. Tile says the included tracking device has a year-long battery life and then you’ll need to buy a replacement. Luckily, you get a discount on your replacement.

Tile’s app is fantastic it. You get the features you’d expect like tracking, GPS location, and crowd location, as well as the ability to ring your phone from the tracker and vice versa. I love the layout and how easy it is the navigate. Everything feels intuitive. 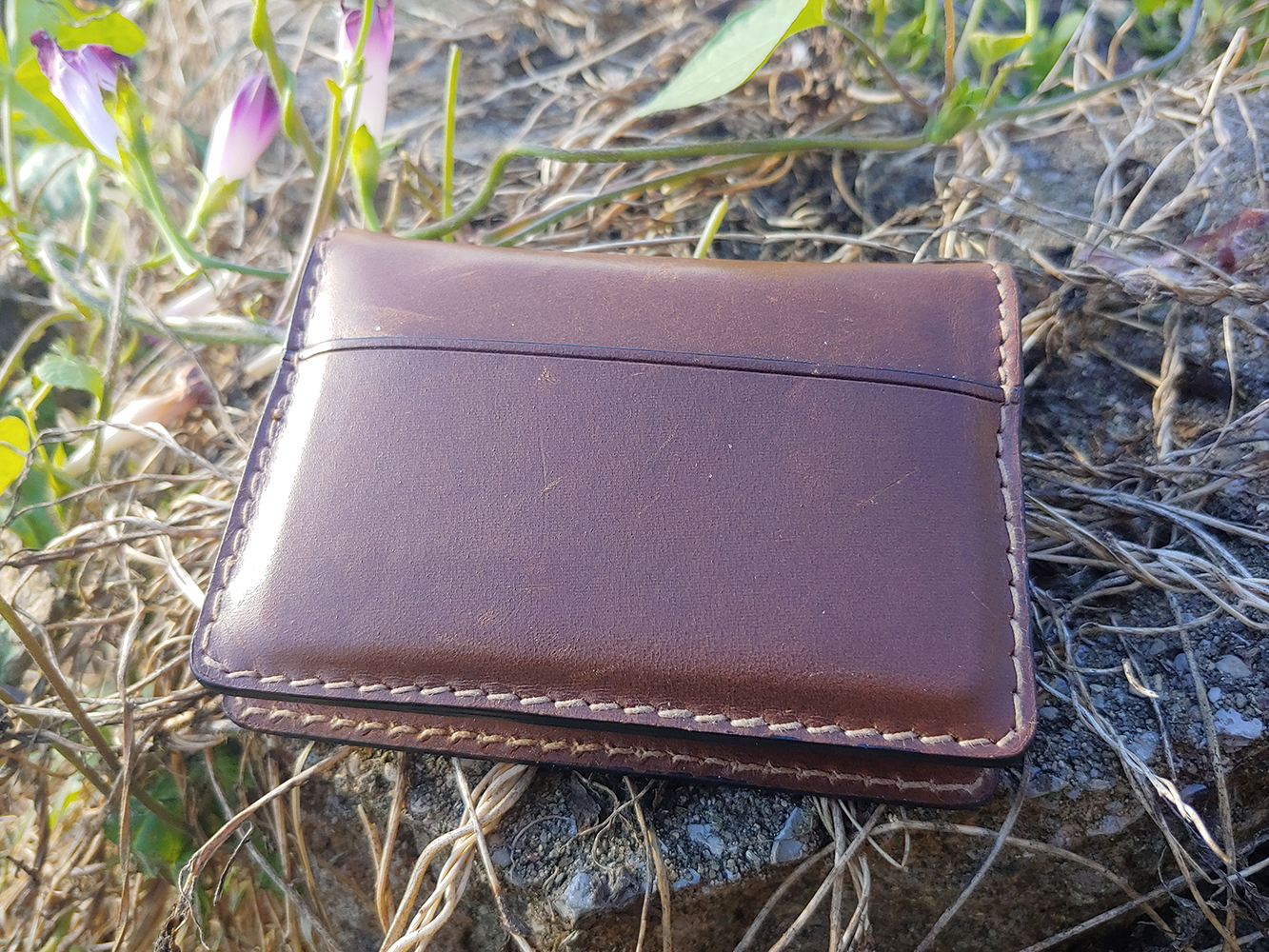