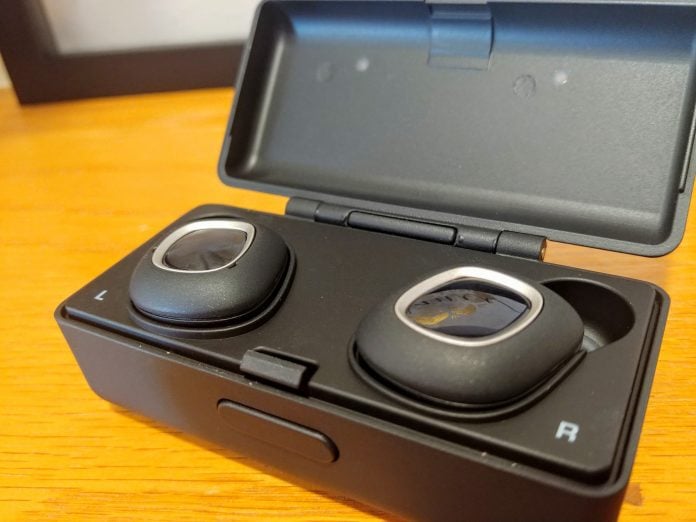 When it comes to truly wireless earphones, there’s really only a few different tiers. There are the budget models, which routinely run under $75 and generally have poor performance, the mid-range, which is about $100, and the premiums, which can run from $150 up to $250. The premium tier is where you’d expect to find earphones that include unique features, like audio transparency, companion apps and the like. The mid-range tier generally offers a similar hardware experience without the software support to enhance it. It’s in this mid-range tier that the SuperTooth TW1 falls. 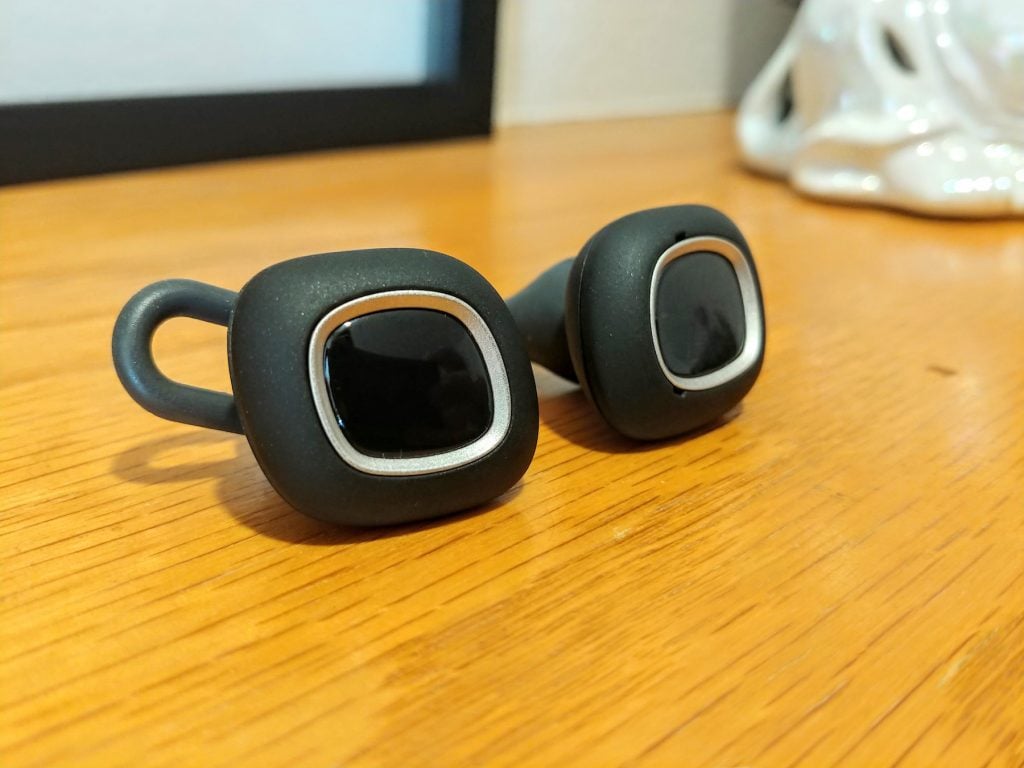 There are only so many form factors for Bluetooth earphones. And while that can be a bit boring, it also gives us a great barometer for the difference between good design and bad design. When something works, it stands apart from the crowd in a special way. When something really doesn’t work, it stands out in a pretty crummy way.

On the whole, I wish the Supertooth TW1 felt a bit more premium. It’s extremely lightweight, which is great, but that comes at the cost of feeling a little cheap. The two-piece mold has a clear seam, and the feel of the plastic leaves something to be desired.

Internally, the TW1 is pretty standard affair for as truly wireless headset. It comes with Bluetooth 4.2, and outputs your standard array of 20-20,000Hz. Each earphone holds an 80mAh battery, and the charging case (while I’ll talk about later) contains a 640mAh battery for a total of 14 hours of playtime. 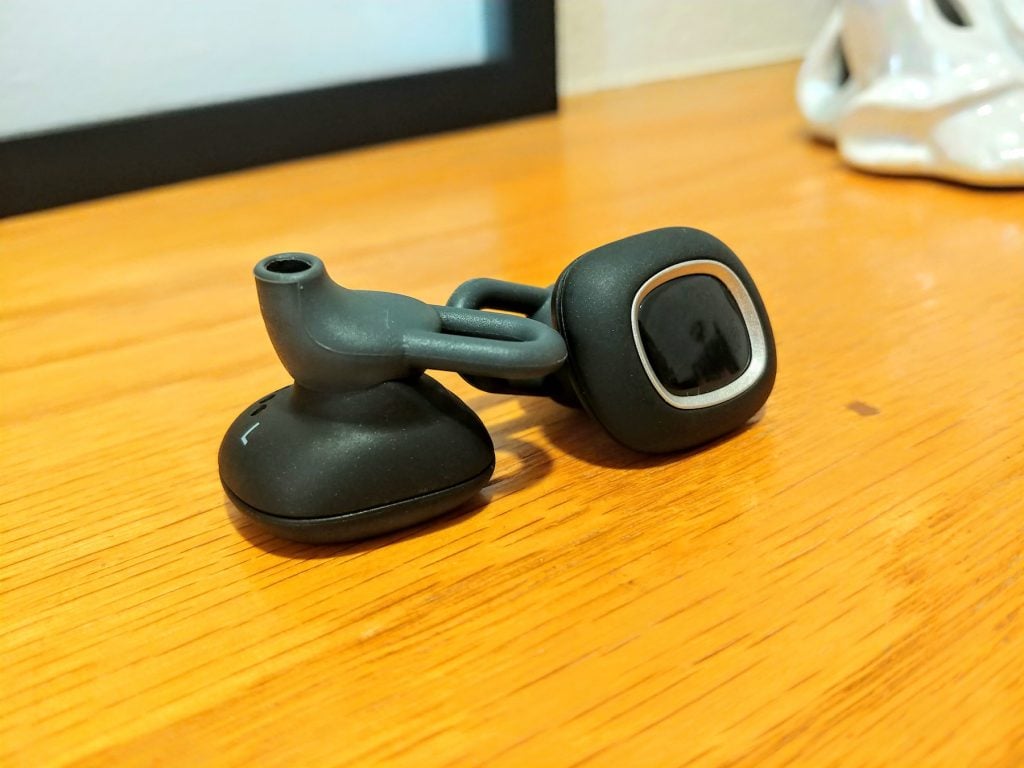 While the aesthetic design of the TW1 is nondescript – it’s highly unlikely anyone but an enthusiast will identify them at a glance – it has a few design quirks that set it apart from other earphones of its ilk.

Unlike many wireless earphones, which rely on outer ear hooks or shaped design to secure them in your ears, Supertooth has taken a slightly different approach with three sets of inner ear hooks. The tabs are silicon, which makes them very pliable and easy to insert. However, that softness also makes them a bit less secure than I’d like to see. The method of switching these tabs out, though is rather clever. Each one is held in place by an expanded, hard plastic tab that holds it in place, and all that’s needed to remove it is to stretch the silicon over the tab. It’s just as easy to secure in place. 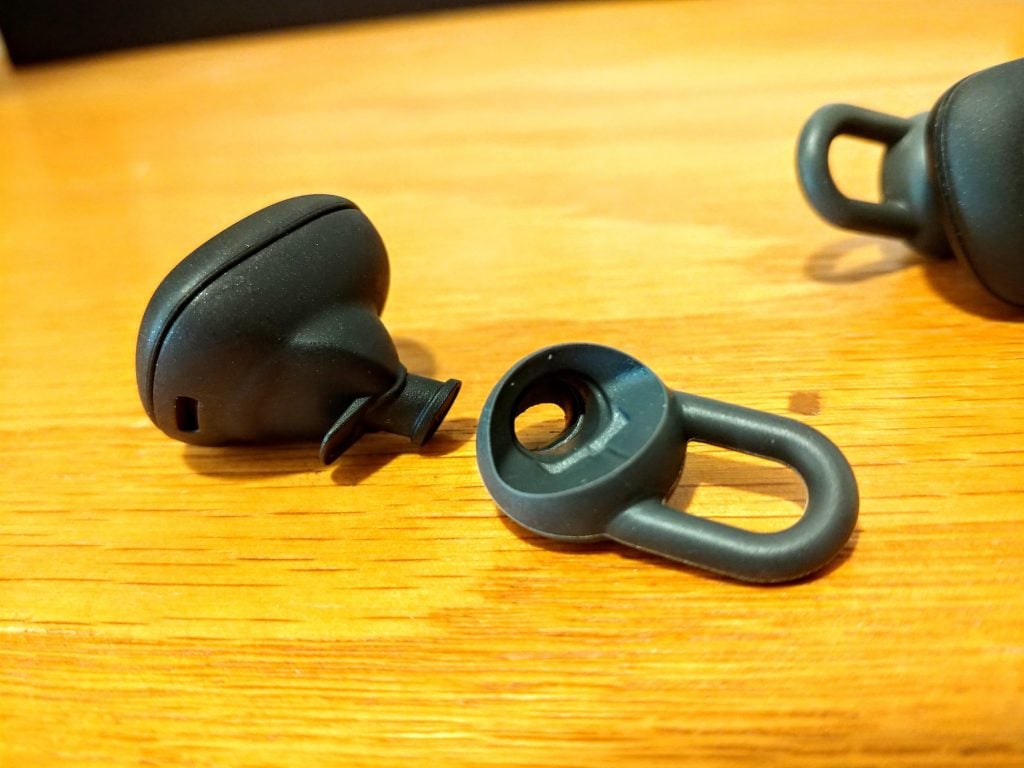 In terms of sound quality, the Supertooth TW1 is pretty standard affair for a mid-range Bluetooth headset. It’s got solid clarity and depth of sound, but inadequate bass – as is typical of its tier. Bluetooth 4.2 means that you’ll get solid connectivity, but far from the bleeding edge. Unfortunately, Bluetooth 5 has been out for more than a year now and manufacturers are still churning out 4-series Bluetooth accessories.

The microphone on the TW1 is adequate but nothing spectacular and includes the now-characteristic distant quality on the other end of a call. 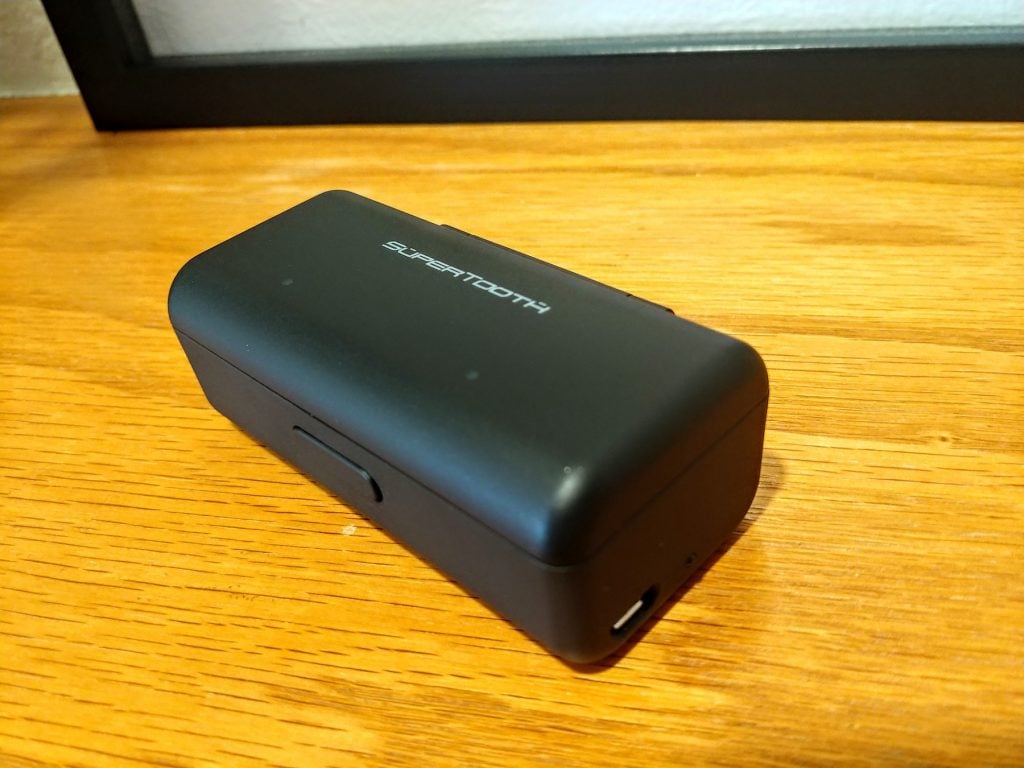 The TW1’s charging case is pretty uninspired. The texture of the case is okay, but it’s made of such thin plastic that it feels like a toy. It’s got a big, gross hinge that dominates the back of the case, with just a button to release the lid. There are two LEDs on the case; one for each earphone. It’s not as handy as you’d expect, really only displaying when you first insert the earphones into the case. The earphones are not the smallest around, and as such the charging case ends up being bulky and not particularly pocket-friendly.

Despite the design flaws, though the case is rather functional. The TW1 fits snugly inside the case, and it closes securely without concern of it opening accidentally. As mentioned above, it contains a 640mAh battery, good enough for 4 full recharges of the TW1 – 14 hours of play time. Unfortunately, as per the industry’s usual at the moment, the charging case still rocks the venerable MicroUSB rather than the modern Type-C USB. 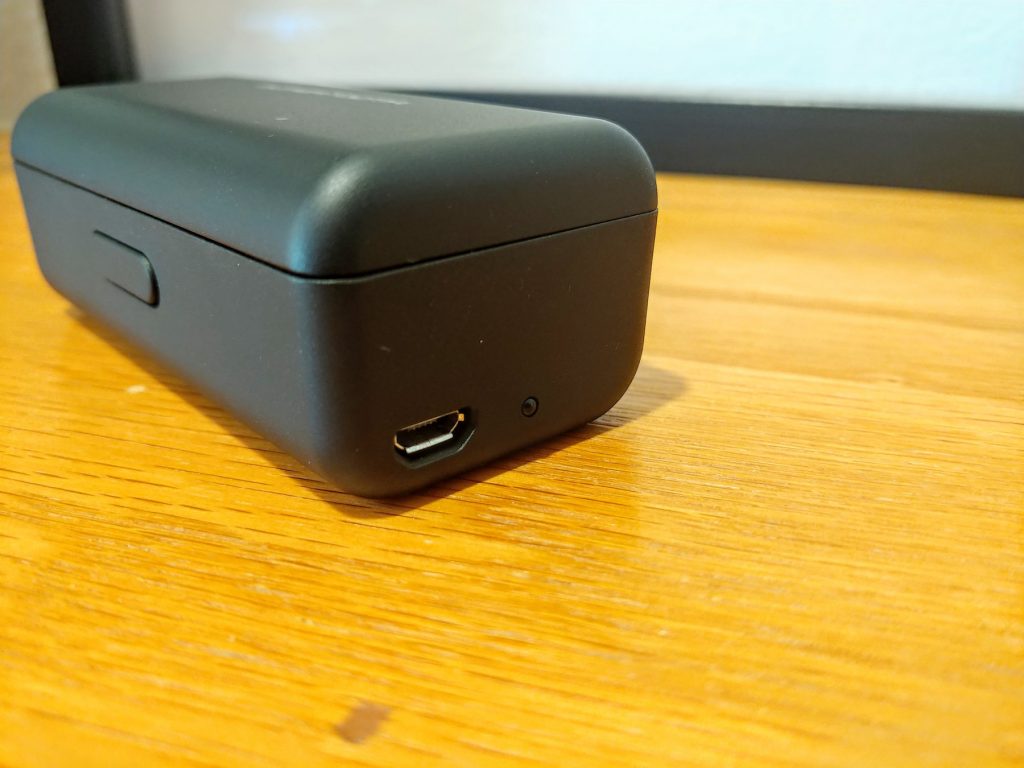 I’ll be frank – the price of the of the Supertooth TW1 is less than ideal. When compared to headsets with a companion app, such as the Jabra Elite 65t and Yevo 1, which can be tuned via software update, it’s tough to go back to an out-of-the-box, as-is experience.

Now, that’s not meant to be a criticism of the Supertooth TW1 specifically – more, a recognition of the plight of the mid-range Bluetooth headset. When compared to the price of a low-end headset and the high performance of a high-end one, mid-range Bluetooth earphones kind of flounder in middle. The TW1 retails for 99.95€ ($119.99) which makes it neither particularly expensive nor a thrifty purchase.

Obtaining a TW1, though is a bit tricky at the moment if you’re in the U.S. Currently it’s only available on Amazon in the German store, though that likely ships to most European countries. If you’re stateside, you’re a little out of luck for now.

Buy the Supertooth TW1 on Amazon.de