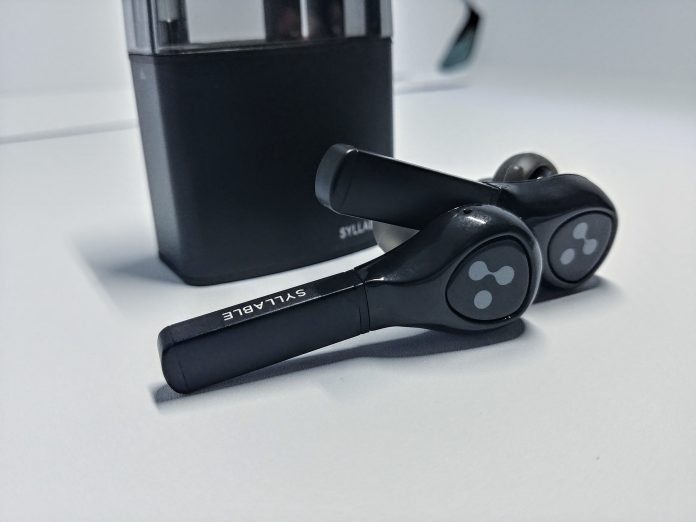 Just to give you some fair warning, dear Android Guys, this is going to be something of a rant, design-wise. I have many nits to pick with Syllable’s D9X, and a good number of them are likely petty and/or highly subjective. You’ve been warned!

The D9X Bluetooth headset have a truly unique design, in that it features a removable battery in each earpiece that can essentially be hot-swapped on the fly in seconds. These little 80mAh “tabs” – for lack of a better word – can be stored and charged in a 400mAh case (four batteries are included in the retail unit) and the whole setup itself can then be stored in a hard-sided carrying case or felt bag (also included).

Frankly, the whole thing is just a bundle of madness. Every time you want to use the D9X, you have to remove the two earpieces and charging case from the carrying case (which, yes, means you have to have a case to hold the case), then remove and insert a battery for each earpiece (making the whole process quite difficult unless you have a flat surface on which to assemble it). 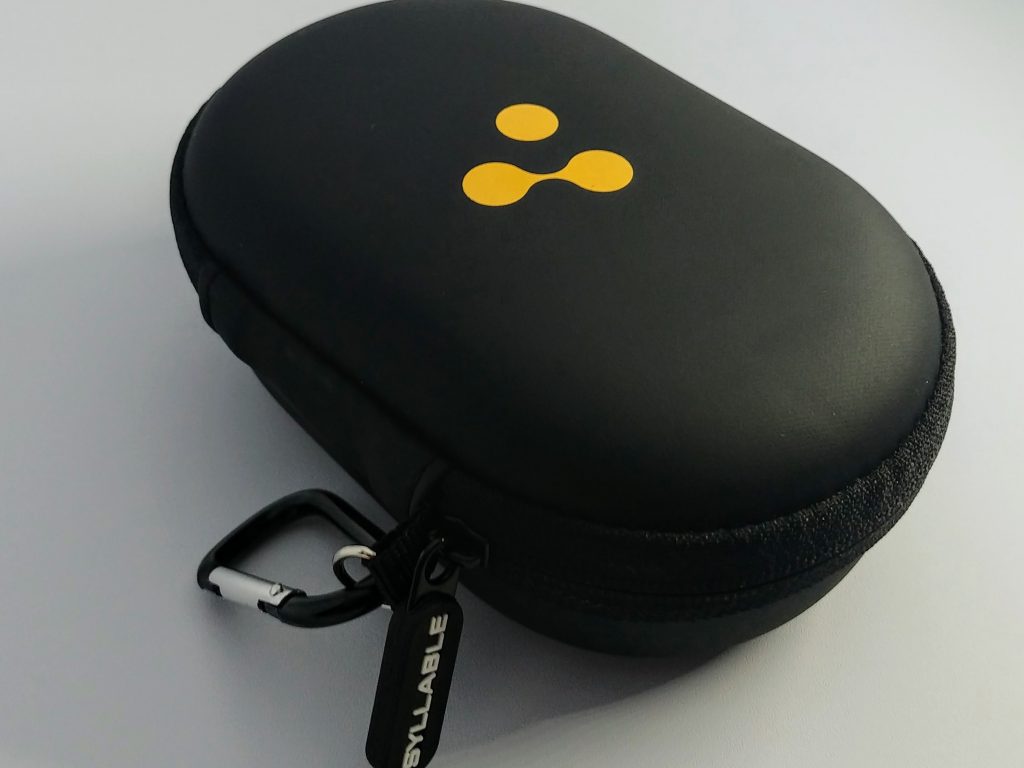 That said, though, the carrying case itself is surprisingly well-made. It’s got a high-quality zipper that never snags or catches, a soft-but-sturdy outer shell, and a precision-molded interior padding that holds each piece loosely in place. There’s a Syllable logo on the cover – the only splash of color on the entire package – but the logo itself is so unidentifiable you’d be hard-pressed to name the brand if you saw it. 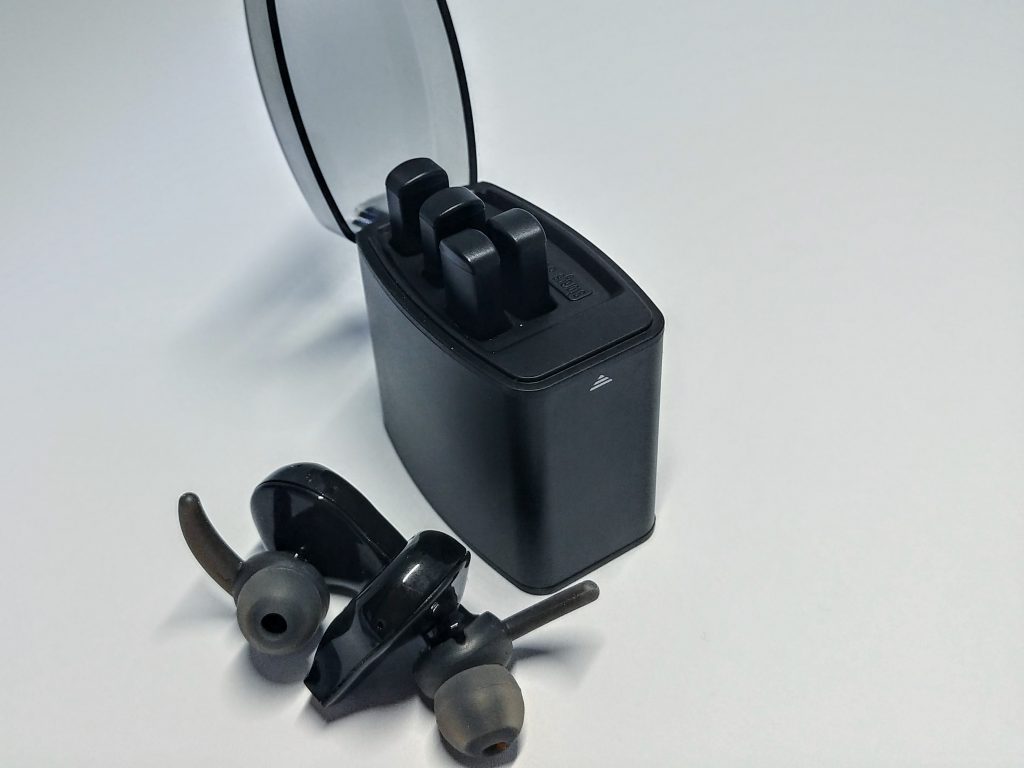 If there’s a true highlight to the design of the D9X, it’s the way the charging case feels. The black aluminum chassis feels great in-hand, and the clear plastic lid clicks open satisfactorily.  While the two charging slots for the batteries feature a magnetic connection, the two storage slots do not – which means the extra batteries have a tendency to pop out willy-nilly. I wish the case had a spot for the earpieces themselves – as mentioned above it makes transportation something of a challenge – but overall the charging case is a highlight of the D9X. 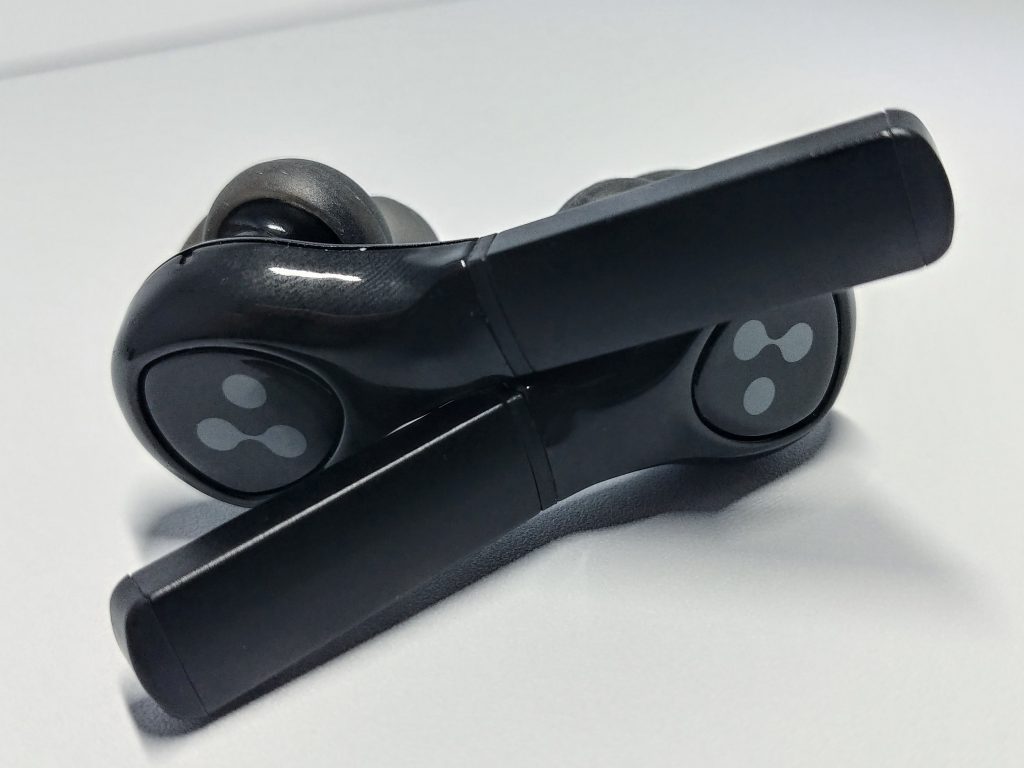 As impressive as the charging case is for the D9X, the build of the earpieces is that disappointing. The chassis is made of a gross gloss plastic, which clashes awfully the second you connect a battery – made of that same classy black aluminum as the charging case – to the earpiece. The single button design of the earpieces means you can’t do a whole lot with them, but on the other hand I much prefer it to the multi-button design of some other Bluetooth earbuds.

Attaching a battery automatically powers on the D9X, and removing the battery obviously powers it off. The batteries secure easily enough, though the connection is mostly magnetic – and as such, a slight bump will knock it clean off. Wearing the D9X is comfy – the various sizes of Silicon buds and earhooks make for a custom fit, and finding the right combination of sizes makes for a custom-fit that holds well even when working out. The earhooks are especially nifty, slipping on right over the buds and fitting on a small bulge between the chassis and bud. Of all the Bluetooth earbuds I’ve tried, I think these fit the best.

Generally speaking, when it comes to Bluetooth earbuds of the truly wireless variety – especially sub-$100 ones – you pay the price for portability and price. Depth of sound is often lacking, volume rarely tops out at something that’ll blow brain matter out your nostrils, music often has a tinny (not to be confused with tiny) quality, and mic performance often makes you sound like you’re talking from far, far away – which, yes, is often the case, but it shouldn’t sound like it. Truly wireless earbuds are a relatively new technology, and it’ll likely be a long while before its performance catches us up with the tried-and true technology of its wired companions. 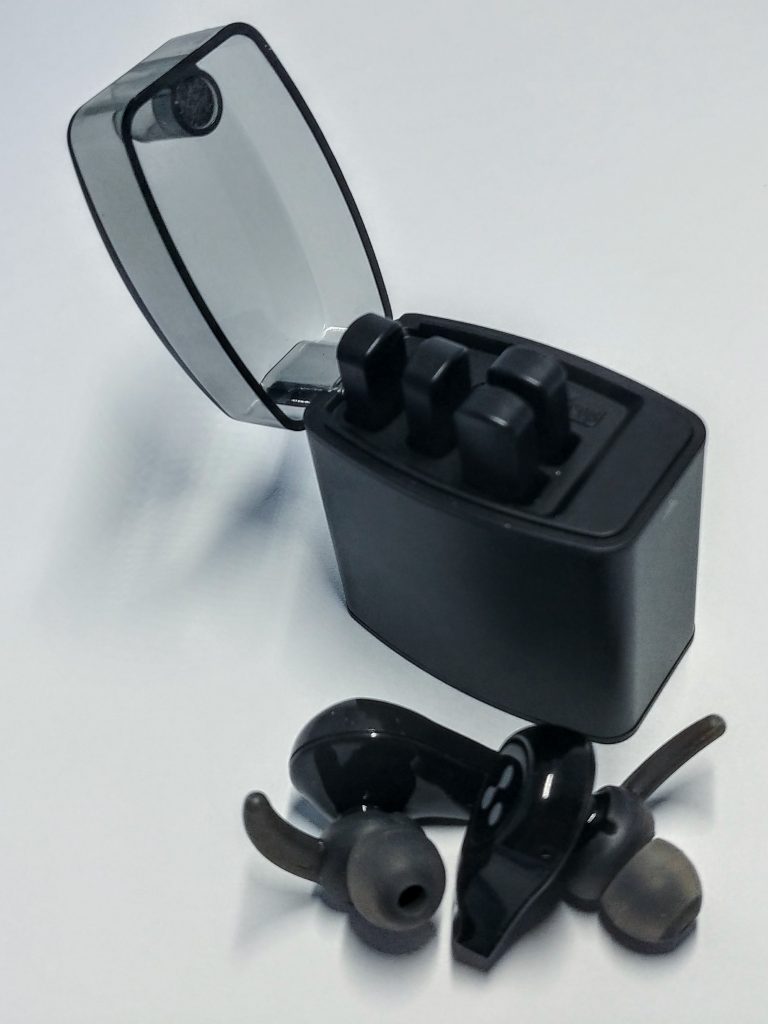 And the D9X is no exception. In addition to the dubious design decisions details above (my oh my, that alliteration), Syllable’s earbuds suffer from finnicky connection and lackluster maximum volume. Surprisingly, though both the clarity and depth of sound in the odd little buds is great – for a sub-$100 headset, that is.

My personal experience with the D9X got off to a rocky start. The two earbuds took more than a minute to “find” one-another, and an additional 30 seconds to pair up with my phone. Subsequent connections were much more convenient, but that initial pairing process was pretty rough. The maximum volume output of the D9X is noticeably lower than others of its kin; in my quiet room with just the clackety-clack of my mechanical keyboard filling the silence, that volume level was just perfectly adequate. But outside, or in a busy workplace – let alone a crowded bus – it’s severely lacking.

As a result, and with most products like it, the D9X performs well in some aspects and rather flawed in others. It’s far from perfect – but at $79.99, can you even reasonably expect anything close? 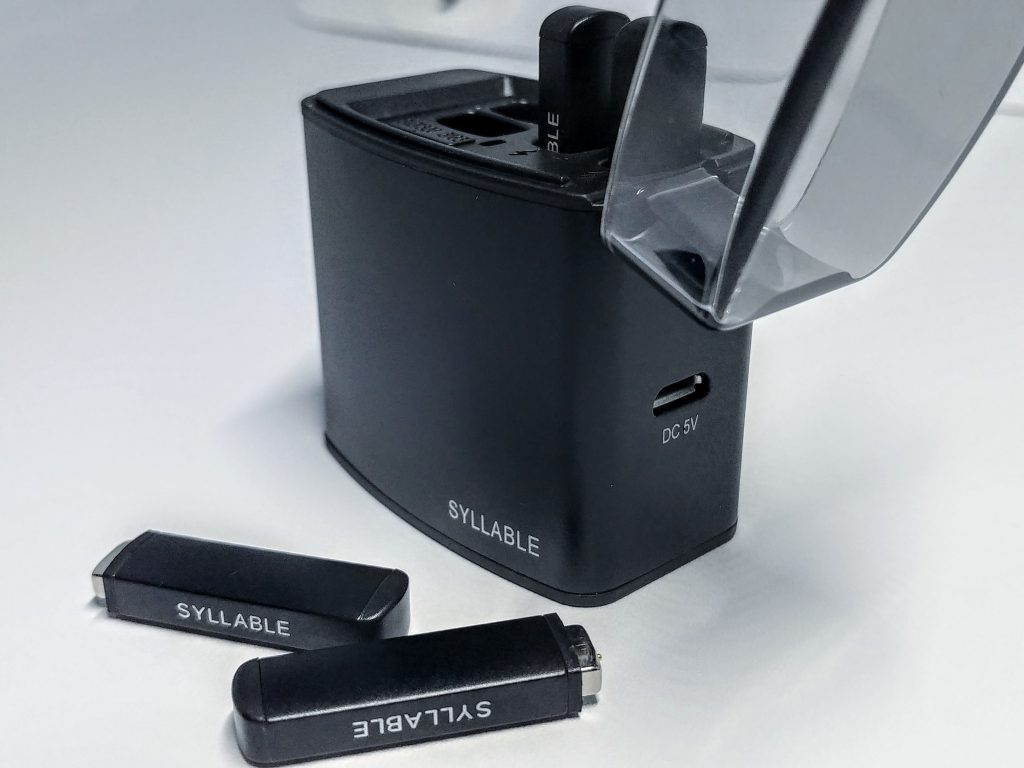 In terms of battery life per individual charge, the D9X is pretty strong. Each 80mAh tab is good for 2 hours of playback – not bad at all in the Bluetooth earbud arena. But when you take into account the two sets of included batteries and 400mAh in the charging case, you wind up with almost 10 hours of playback – excellent for Bluetooth earbuds. If there’s one aspect of performance where Syllable’s earbuds truly excel, it’s battery life. It has its design flaws and its performance isn’t top-tier, but if battery life is your niche, the D9X is your Huckleberry. Beyond the battery mechanics themselves – which I whined about ad nauseam above – the only knock I have on the D9X in terms of battery is the Micro-USB port on the charging case. It’s time to join us in the USB-C era, Syllable (though to be fair, few Bluetooth manufacturers have yet to jump aboard that bandwagon).

1 of 13
Note: Select outbound links may include affiliate tracking codes and AndroidGuys may receive compensation for purchases. Read our policy. As an Amazon Associate we earn from qualifying purchases.