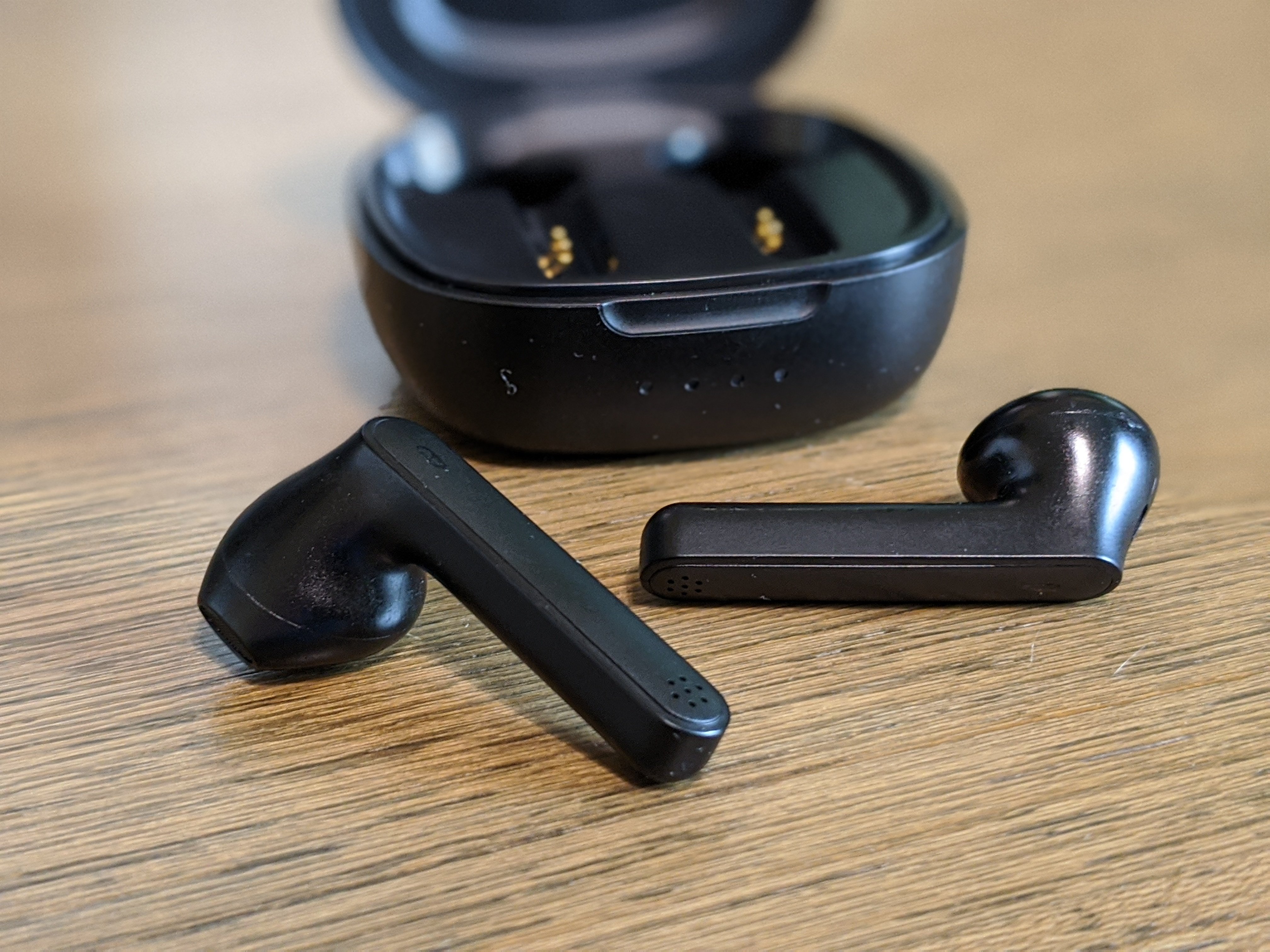 Wireless earbuds are easy to find these days, but good ones are not so readily available. Reviewing them has been one of our more popular posts of late and TaoTronics asked if the new SoundLiberty 88 earbuds could be next on our list. I’ve been using these little audio buds for the last two weeks and want to share my findings.

The TaoTronics SoundLiberty 88 earbuds have a lightweight teardrop design. This is not dissimilar to many others we’ve tested but makes for a snug, comfortable fit in the ear. Otherwise, the SoundLiberty 88 has a sleek, black outer plastic shell.

On the bottom of each earbud, you’ll see a seven mic system for AI noise reduction while making phone calls. The inside of each earpiece holds two copper pins for inductive charging from the carrying case. 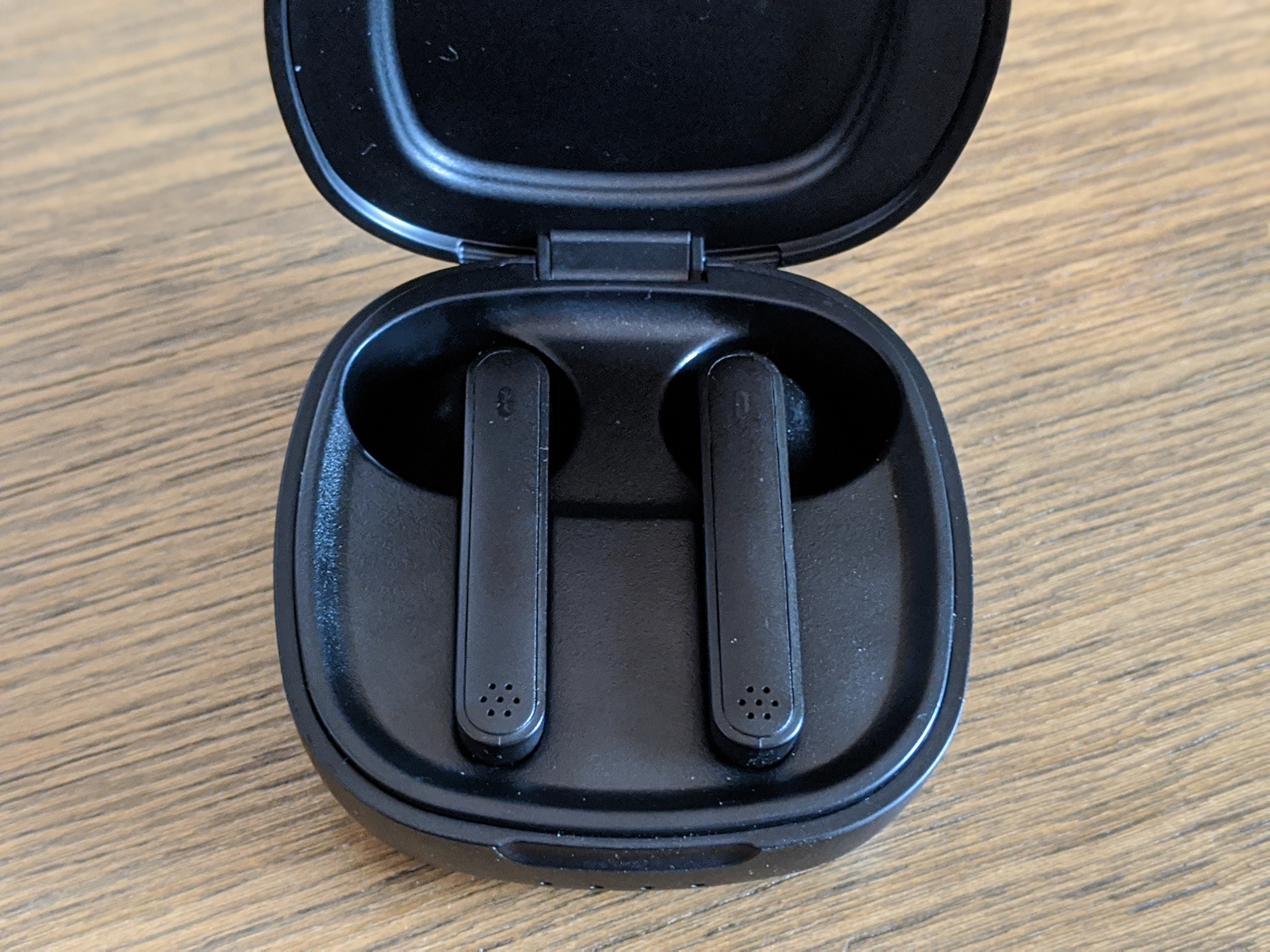 One key component of the TaoTronics SoundLiberty 88 earbuds are the touch controls on the outside edge of each device twice. You can tap either the left or right earpiece to play/pause in progress audio. The same input will also hang up ongoing phone calls.

Tapping and holding the right earbud for three seconds will increase the audio volume. Conversely, doing the same on the left side lowers the output levels. Fairly simple, right? 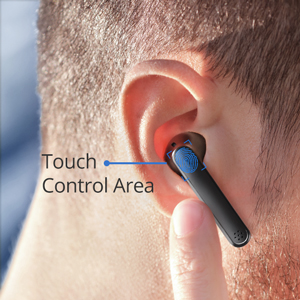 Now it gets kinda touchy. To move forward a track you can triple-tap the right SoundLiberty 88. To play the previous song, you tap the left three times. However, the timing is tricky and I could only successfully activate this about every other time or so.

Rounding out the touch controls is tapping and holding the earbuds for two seconds. This will decline and incoming phone calls when you are in a meeting. While not getting an unwanted dial, the two-second delayed touch will activate your favorite voice control software like Google Assistant, Siri, or even Bixby.

I was pleasantly surprised by the audio of the TaoTronics SoundLiberty 88. The sound is crisp, clear, and loud enough to enjoy your favorite playlist. I found the bass to be a little lacking, but I prefer it that way. The balance of the mids and highs is nice resulting in a smooth listening experience.

The same is true for phone calls. With the noise cancellation, both lines of conversations had a pleasant talk time. I also found that the mics picked up my voice better than most in this segment. Multiple callers on my Pixel 4 XL and Microsoft Teams said they had no idea I was on Bluetooth.

TaoTronics rates thee SoundLibery 88 earbuds at five hours of playback per charge and I found this estimate to be fairly accurate. If you really crank up the volume you may kill the tank faster, but overall I hit this mark consistently.

Add that endurance with the power case, and you can recharge up to four full times for a total of 25 hours of tunes. Need to top off the case power cells? USB-C is onboard, but sadly, no wireless charging.

The TaoTronics SoundLiberty 88 Truly Wireless Earbuds have left me with positive vibes. The headphones offer solid sound, lightweight comfort, and good battery life. And you can snag them for less than $70 making them pretty affordable.

The SoundLiberty 88 is available in one color, black, on both the company’s website or if you want to cash in on your Prime membership Amazon has them for sale as well.