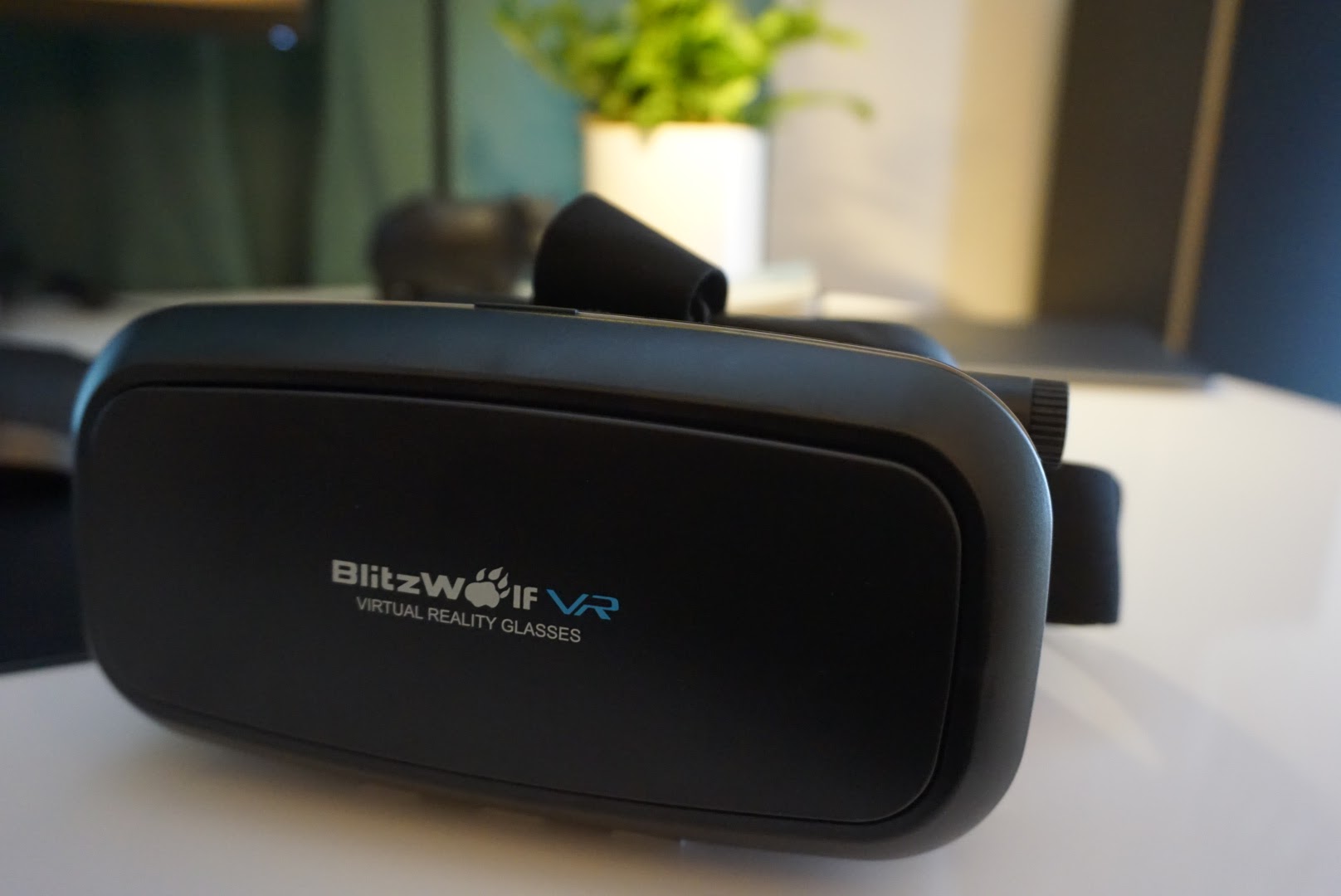 Virtual reality was definitely a huge hit this year at Mobile World Conference 2016. Facebook, Oculus, Google, Apple and HTC are looking to pioneer the next wave of media that is sure to be a hit.

According to Wikipedia virtual reality “replicates an environment that simulates a physical presence in places in the real world or an imagined world, allowing the user to interact in that world. Virtual realities artificially create sensory experiences, which can include sight, touch, hearing, and smell.”

In a nutshell, VR is a video experience that is brought to lige with some sort of display that you wear to cover your eyes. When you put it on and turn your head the video instantly responds to your movement like it is simulating a real life experience. I can’t think of a single consumer VR headset that offers touch or smell yet, but sight and sound are definitely the options available.

VR has been threatening to take hold in the consumer market for the past few years now. But with little support from content providers VR has been slow to take off. As Google, Facebook, Samsung and even Apple invest more money into development of media, third party VR headset manufacturers are finally seeing a place to make a profit.

Samsung offers its own VR headset, Gear VR, which costs $100 and is a superior upgrade to Google’s attempt called Cardboard. Google Cardboard is meant to introduce users to the world of VR. At $15 it may be one of the most expensive pieces of cardboard you might ever buy. It comes as a flat piece of cardboard which you assemble with the printed on instructions. Once assembled you can download apps immediately to experience what VR is all about.

Before I tried Google Cardboard I thought VR was a gimmick. And then I tried it.

While Cardboard was not designed for immersive experiences that were meant to last more than five minutes at a time. The Cardboard was designed without a head strap which means you have to hold it up to your face. And it is made out of paper.

While this is perfect for an introduction to VR, it is not conducive to long term use making Cardboard an expensive investment at $15 since you’re only going to use it for a few minutes.

And that brings me to the BlitzWolf VR headset offered by banggood.com, which is designed for smartphones with displays 3.5-6″ large. I’m here to tell you not to waste your money on Cardboard or Gear VR, and instead spend just $28.99, with shipping included, for a high quality VR headset that should last you a long time. 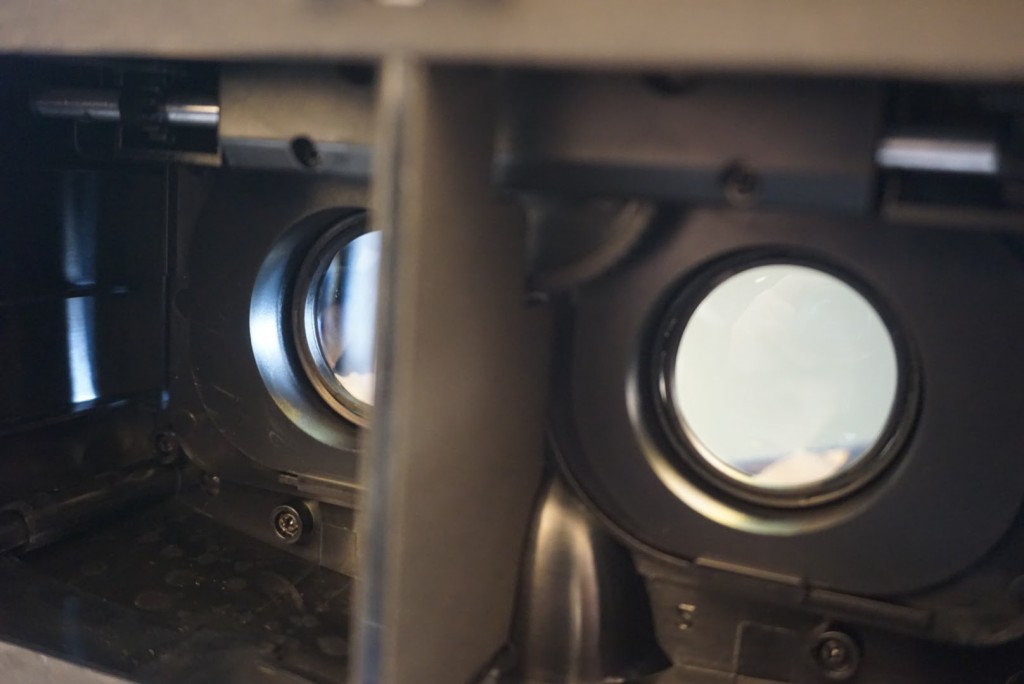 The BlitzWolf VR headset is a lightweight ABS shell with an elastic headband. It is designed to fit phones no larger than 154mm long by 82mm wide – phones like the Nexus 6 (159.3mm x 83mm) and LG V10 (159.6mm x 79.3mm) will not fit. Their bodies are just too darn wide. But phones like the Honor 5X and Nexus 5X will fit just perfectly. 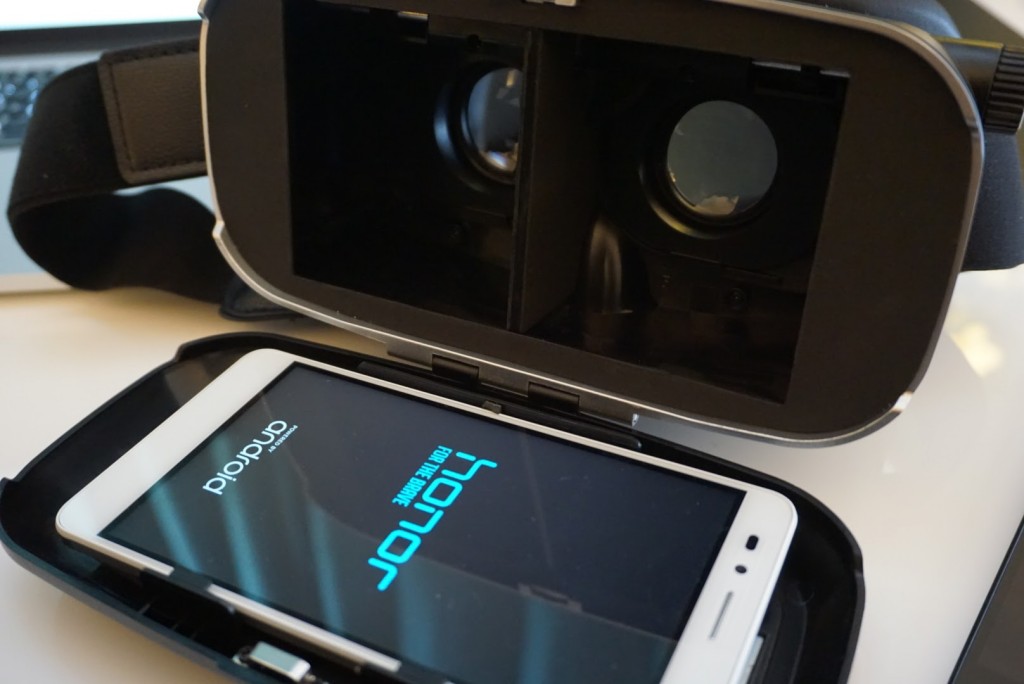 The ABS plastic body is well built and has comfort features designed to fit small, medium and large heads. The head strap is fully adjustable and the eye pieces can be moved to allow for differences in nose bridge width. Each lens can be adjusted for focusing similar to binoculars.

It also has a leatherette pad which is soft and supple. There is a spring loaded mechanism which clamps down on a variety of different sized smartphones. 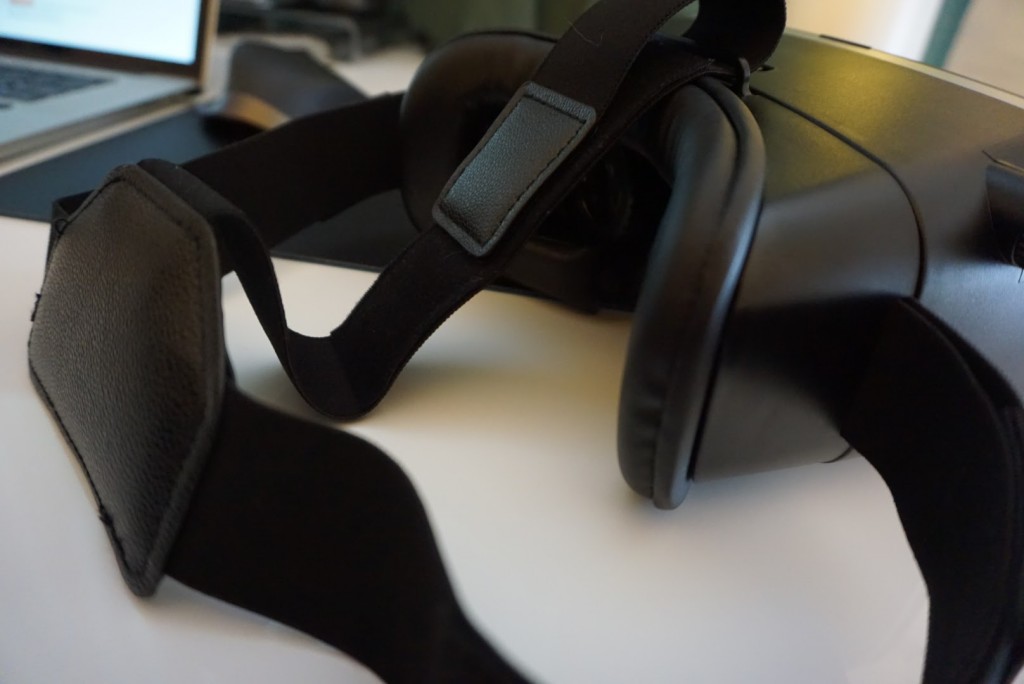 In total there are 59 parts that go into making this headset. In comparison, there are less than ten total parts on the Google Cardboard. BlitzWolf packed as many features they could into its headset. 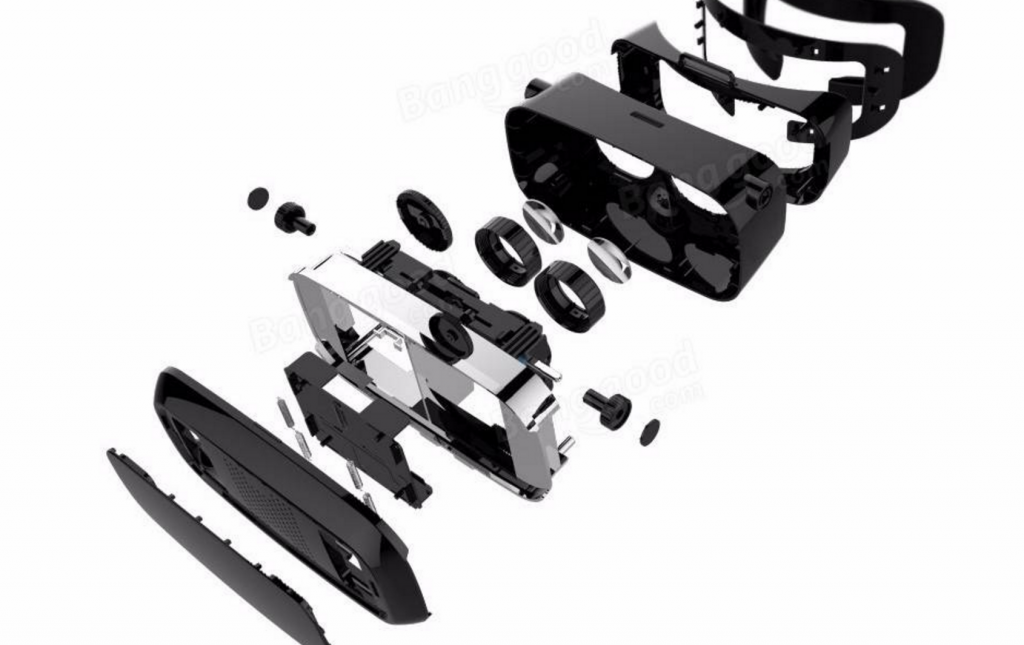 The BlitzWolf VR headset is hands down well worth every penny, especially when you compare it to other headsets that have the same function. At just $28.99 it shames the Samsung Gear VR which is solely designed for its Galaxy phones and costs over three times as much.

It is lightweight, extremely well built, and has a wide range of options for making the perfect fit. I have an abnormally large head according to my friends, but the simple explanation is my brain is massive. Nonetheless the BlitzWolf VR headset easily fit my head with some adjustments. I also had my nieces try it on who are half my size. While the headset did appear huge on their heads, with some adjustments it did fit just fine. They were oohing, ahhing and giggling with the content I put on for them.

If you’re on a computer, grab the screen with your mouse and drag the video to spin. Or you can also click the four arrow cursor at the top left to move around. Now imagine that through a VR viewer and that’s what you get with virtual reality.

I included a music video below. VR isn’t limited to nature or skydiving – all kinds of different content can be experienced.

Now that you have watched the videos above, imagine what that is like through a viewer. It is immersive and makes you feel like you are there.

Now do you want to experience VR with a little piece of cardboard that your Amazon shipments arrive in? Or do you want a high quality experience that allows for visual and physical adjustments? While some of you may prefer Cardboard, I find the BlitzWolf VR headset to be the ultimate experience when you factor in the low price of just $28.99. 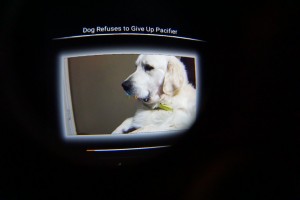 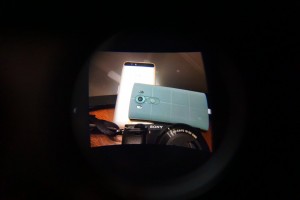 With adjustable eye pieces and a comfortable head strap, it can fit heads of all sizes. And with a comfortable pad for your face you can wear it for hours in comfort. Banggood.com offers the BlitzWolf VR headset for just $28.99 with free shipping included.

Leave cardboard for your packages that come via UPS or FedEx. Experience VR with a high-quality headset like the BlitzWolf VR headset instead.

Head on over to banggood.com to learn more about the BlitzWolf VR headset. For a limited time save 10% off this headset by using discount code 12blitzw at checkout.

You can also purchase the BlitzWolf VR headset at Amazon.com with discount code 11PCTALL to save 11% off the total price. 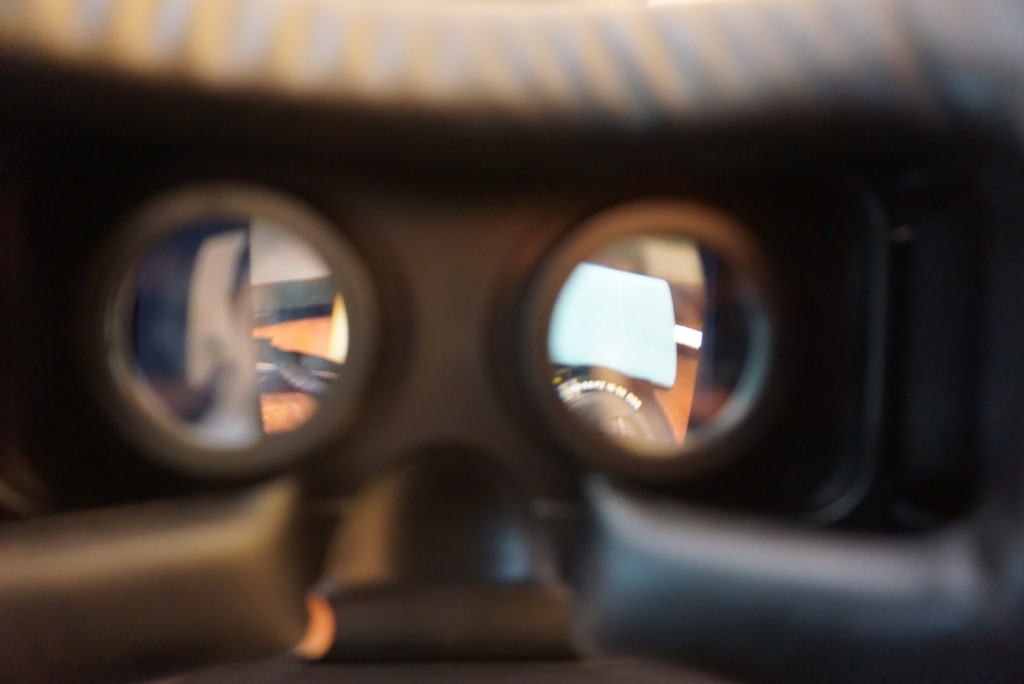