Our smartphones seem to be slowly and surely replacing our wallets, and with tap-to-pay options like Android Pay becoming more widely used and accepted, carrying a wallet around is becoming less necessary. If you are like me, you love the idea of using your phone to pay for everything, but you are still not comfortable leaving all of your cards and cash at home. For me, there are not enough places where I live that accept wireless payments so I have to carry cards with me, and I always keep some cash on hand because you never know when a company’s card reader will start messing up. The CardNinja from Cubi is a simple solution to this problem that allows you to carry some cards and cash with you but still leave your phone at home.

CardNinja is an elastic pouch that attaches to the back of your phone with adhesive. This allows you to fit several cards and some folded up bills into the pouch and keep everything you need to pay with on your phone. The CardNinja comes in a variety of colors, and I went with the Steel Grey option. 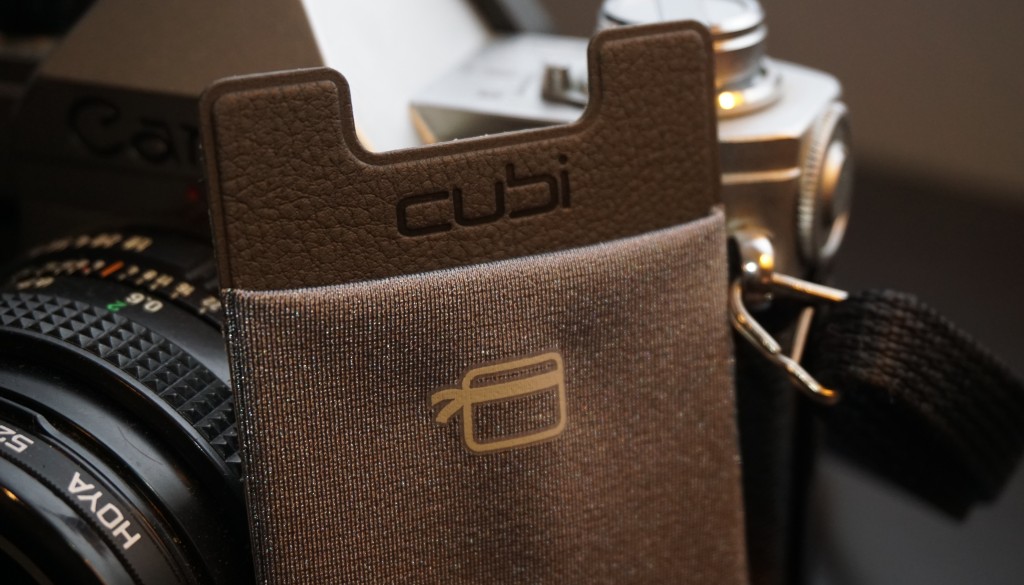 I normally keep a case on my Nexus 6, and although the CardNinja claims to work with most cases, I decided to take the case off and give the CardNinja a try just on the back of my phone. The CardNinja itself isn’t thick at only 2.5mm, but once you start adding cards into it, it definitely adds some thickness to the back of your phone.

There is 3M adhesive on the back which keeps it securely attached to your phone, and you should be careful when applying the CardNinja because the adhesive is extremely strong and is a pain to remove if you make a mistake. I was worried that the CardNinja would not like the curved back of my Nexus 6, but the adhesive is strong enough to hold it to the curve even with cards in it.

Make sure when you apply the CardNinja that you avoid any sensors or microphones on the back of your device. I almost covered up the microphone on the back of my Nexus 6 because I wasn’t paying attention.

I have been using the CardNinja for over a week now on the back of my Nexus 6, and I must say that I am impressed. I included my four most important cards (driver’s license, school ID card, debit card, and Google Wallet card) along with a couple of twenties, and the CardNinja had plenty of room for them and even more cards. Cubi claims that there is room for eight cards, and I believe it! One thing that was slightly annoying was that the CardNinja added thickness to one end of my phone which made it awkward to place flat on a table. If you are used to using your phone when it is face up on a table, the CardNinja will make that more difficult. After a few days, I was used to it and it actually does not bother me anymore. 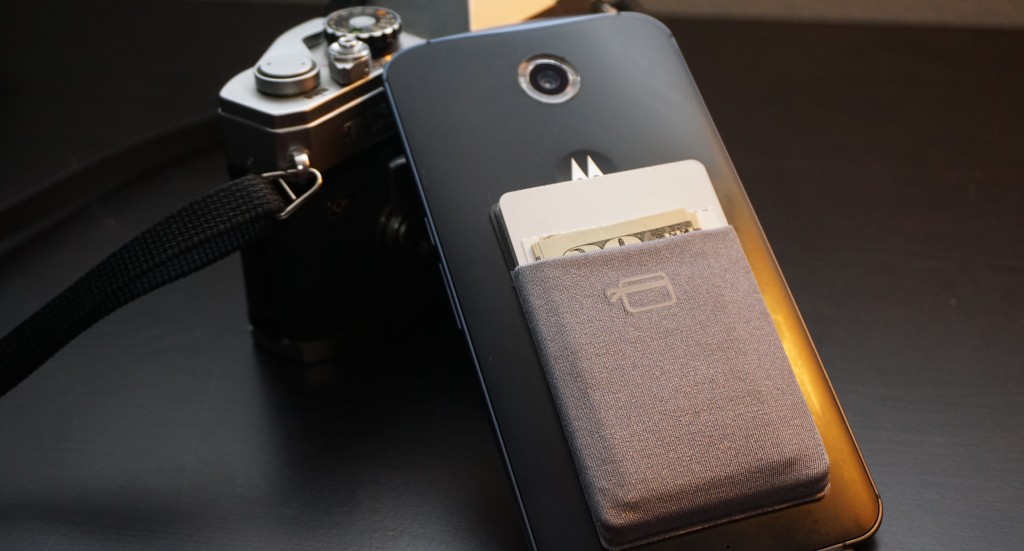 I found getting cards in and out of the CardNinja extremely easy, and I believe it was actually simpler to use than a wallet because all of your cards and cash are right there. I was worried that the added thickness would make it difficult to use Android Pay, but I experienced no problems whatsoever. I used AndroidPay at several different retailers, and each transaction went perfectly.

One unexpected bonus is that it actually made my phone easier to hold and use with one hand. I have a tendency to drop my phone which is why I keep a case on it, but the entire time I have been using the CardNinja, I have never had my phone slip out of my hand. It also adds some extra grip on the back which makes the phone easier to hold.

After using the CardNinja for over a week, I can say with absolute certainty that I did not miss my wallet one bit. I enjoyed only carrying the cards and cash I needed and being able to pay with everything from my phone. In fact, I do not plan on returning to using my wallet any time soon. The CardNinja does everything I need it to do.

I believe that the CardNinja could replace wallets for the majority of people who only need a little cash and a few cards on them. It may not be a solution for everyone, but if you are looking to ditch your wallet, you would be wrong to not give CardNinja a try.

For under $10, the CardNinja is a great stocking stuffer or gift for family members of all ages. You can pick on up in any of the 6 colors at Amazon (with Prime shipping) or at the CardNinja website.