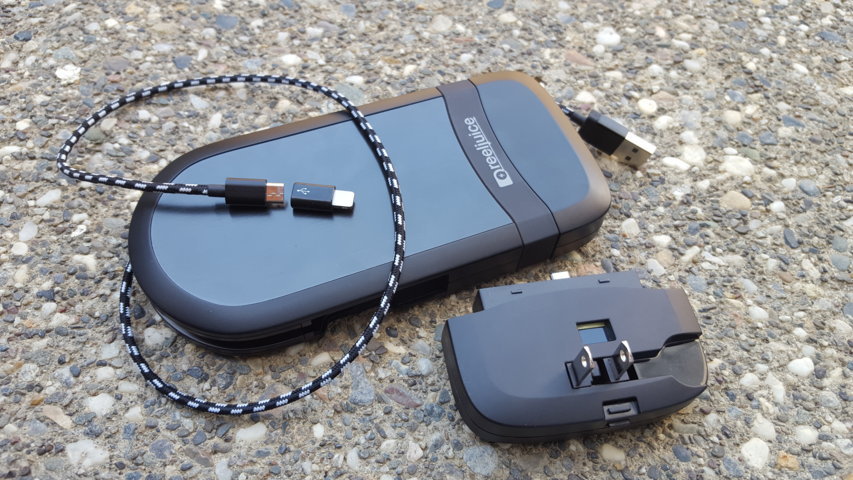 Eight hours. That is the amount of battery life I typically get out of my Galaxy S6 in a normal work day. Battery longevity is the one thing that has not been able to break out into “the next level.” Due to this fact, portable battery packs have become very common in the lives of those like myself who rely heavily on their mobile devices. With that trend, Lynktec has seen fit to jump into the game with the Reeljuice line of portable batteries.

There are four versions of the Reeljuice charger that can be purchased; the 3X comes with a 5300mAh battery and the 5X comes with an 8000mAh battery (naming coming from the assumption that a phone could be charged up to five times with the 8000mAh full charge). Each of these can be purchased with either a 10 Watt wall charger or a standard USB charger. Lynktec sends the Reeljuice with a built-in microUSB cord but did not forget about those iOS users; they provide a microUSB to lightning adapter with every device. They even added a nice little storage spot for the adapter so it does not get lost. 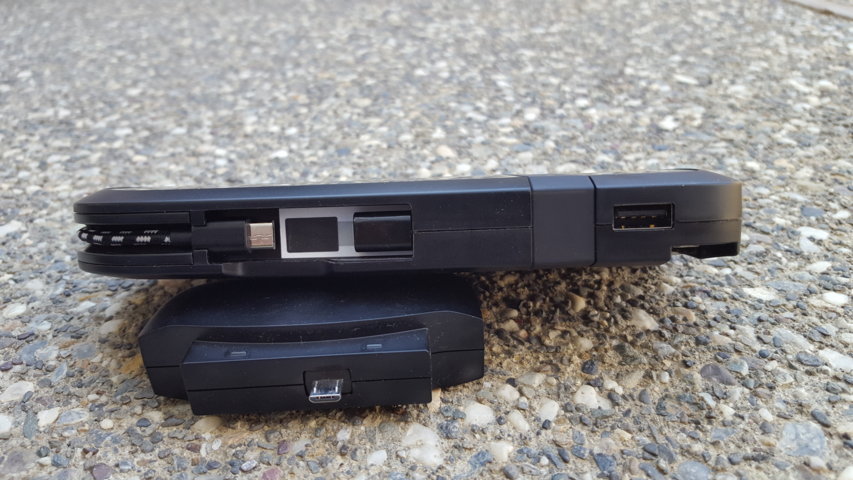 Every charger out there has something that attempts to set them apart from the competition. The Reeljuice is no different, having two unique features that set this charger apart from the other options. First is the modular charging method which allows you three methods of charging your battery pack: the 10 Watt wall charger (which also has a passthrough USB output for convenient charging), the USB input charger (can be used with any wall charger or USB port), or a microUSB cable can be plugged into the module connector on the bottom of the device. The second, and most notable, distinction of the charger is the built-in charging cord that “reels” back into the body of the charger.

I was pleasantly surprised with the performance of the battery pack. The 2.1V charging speed is definitely not QC 2.0, but it is fast enough to get your device charged in a timely manner. It takes about an hour and a half to charge my Galaxy S6, which has a 2550mAh battery. An empty battery pack charges in about an hour with the wall charger, which means that you can charge your 8000mAh pack faster than it charges your phone. 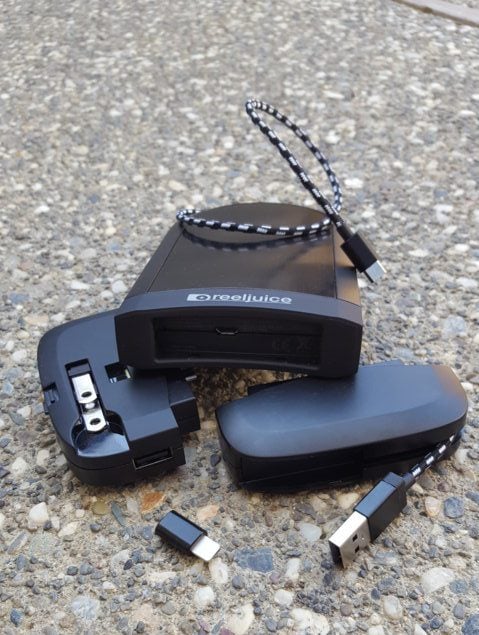 The cord that is built into the charger is a nice quality, braided, microUSB cord. It is a welcome feature to not have to carry a cord around with me. This feature comes with a pretty hefty trade off, size. It is pretty obvious that the reel feature increases the width and girth of this charger making it more difficult to transport than other 8000mAh chargers. I would say it is nearly impossible to carry in your pocket and would only be transportable in a bag of some sort, perfect for students or professionals who often carry a medium to large bag.

The real “gotcha” with the Reeljuice is the price tag. The cheapest version of the device rings in at just under $100. Comparing that to some of the other chargers of comparable size, we can see that there is a major difference in cost. If they were to add a few features like Quick Charge or wireless charging then the price wouldn’t seem so steep.

The Reeljuice 5X is a great charger, built on a solid foundation of innovative ideas. If Lynktec could find a way to bring the cost into the realm of other comparable chargers, I think this would be a great device for those tech-heavy users. You can pick up the Reeljuice 3X or 5X with USB charging module on Amazon right now for $20 off the MSRP.